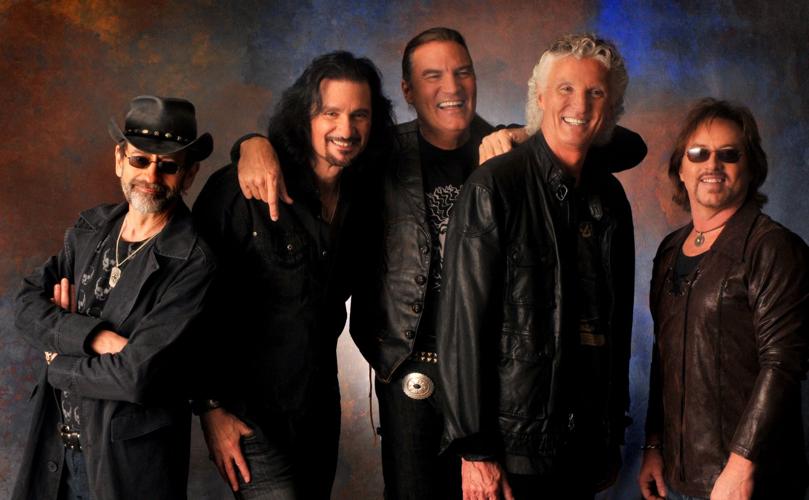 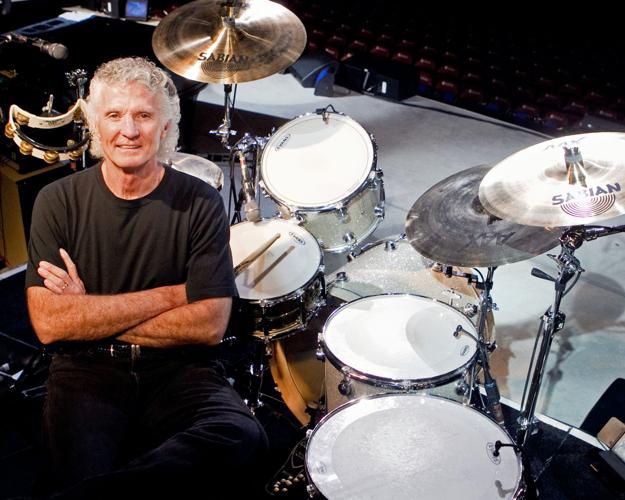 FOUNDING MEMBER: Don Brewer, drummer and co-lead singer, is one of the founding members of Grand Funk Railroad.

FOUNDING MEMBER: Don Brewer, drummer and co-lead singer, is one of the founding members of Grand Funk Railroad.

KOKOMO - As you should already know by now, Grand Funk Railroad is an American band. And at 8:30 p.m. Saturday, they're coming to our town to help us party down as they headline the final night of the Haynes-Apperson Festival in Foster Park.

“We're looking forward to coming up that way,” said Don Brewer, co-lead singer and drummer, in a phone interview Thursday. “I think it's going to be a lot of fun.”

The high-energy five-piece group will play 40 shows all over the country this year, according to a press release. The band includes original founding members Brewer and bassist Mel Schacher, affectionately known as “The God Of Thunder." Singer Max Carl is a rock veteran from 38 Special, who penned and sang that band's biggest hit “Second Chance.” He was also co-founder of California’s legendary Jack Mack and the Heart Attack. Lead guitarist Bruce Kulick is best known for his 12 years with Kiss and also has credits with Michael Bolton, Meatloaf and Billy Squier. Keyboardist Tim “Dr. Tim” Cashion has a master’s degree in music from the University of Miami and has also played with Bob Seger and the Silver Bullet Band and Robert Palmer.

Brewer has also played extensively with Seger and his band through the years. On Sept. 2, Grand Funk Railroad is actually opening for Bob Seger and the Silver Bullet Band at Klipsch Music Center in Noblesville.

Brewer said he started playing in bands at 11 years old growing up in Flint, Michigan.

“I always was a singing drummer,” he said. “I started out playing guitar.”

In the summer of 1969, Grand Funk Railroad's first album, “On Time,” was released. An extensive tour with Led Zeppelin was planned, but was quickly scrapped after Grand Funk Railroad outperformed their more famous counterparts Oct. 18, 1969 at the Olympia Stadium in Detroit.

“We come out and we do our show and the audience is going crazy,” he said. “They're loving the new band Grand Funk Railroad. They're up on their feet and they're just pounding and howling and having a great time. Led Zeppelin's manager, Peter Grant, who weighs about 300 pounds, approached our manager and said, 'You get your band off stage right now. Right now.' And we continued playing because the audience was loving it. So, they pulled the plug. The crowd booed. We were supposed to do a whole tour with them. That was canceled. They didn't like being upstaged by the new band Grand Funk.”

“This band, the current line up, has been together since 2000, so we're going on 17 years,” he said. “So, over that time period, we've had a lot of songs that have come and gone in the show of new material. … We are a classic rock band. And, as you know, classic rock radio doesn't play anything new. All they do is play the old stuff. So, it's very difficult for any of the classic rock bands to get anything new on the radio.”

Still, Brewer said he isn't tired of playing hits like “We an American Band” or “The Loco-Motion” even after all these years.

“I still enjoy watching an audience light up,” he said. “Watch those eyes light up. Watch the smiles happen. Watch them jump up and throw their arms in the air. ... Everyone knows the songs. That's what they want to hear. I love to watch the audience do that. And now we have four generations of people out there who know these songs. We see grandparents down to the grandkids and they all know these songs. I love watching that happen. So, no, I don't get tired of it. It comes around again. I think there's a lot of curiosity from younger music lovers. They've heard the name Grand Funk Railroad. They've heard these songs on the radio and they're curious. And they'll come out and see the band and they're always amazed. … They don't think a bunch of old guys can rock. And, we're the ones that started it.”

Rob Burgess, Tribune city editor, may be reached at rob.burgess@kokomotribune.com.