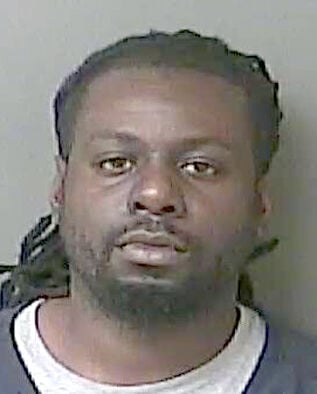 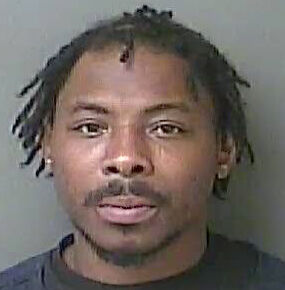 According to a Kokomo Police Department media release, officers were dispatched to the Lincolnwood Apartments, 2101 Mark Lane, around 1:30 a.m. Friday in reference to shots fired.

Upon arrival, officers noticed a dark SUV pull onto Lincoln Road at a high rate of speed, the release noted, and a short vehicle pursuit ensued west on Lincoln Road, south on Albright Road and then east on Cricket Hill Drive, where the vehicle eventually stopped.

The driver of that SUV, Antonio Horton, 33, was arrested on a Level 6 preliminary felony charge of resisting law enforcement and misdemeanor charges of reckless driving, driving while suspended and possession of marijuana.

The passenger, Kendrick Phillips, 30, was also arrested and is facing a misdemeanor charge of possession of marijuana.

Further investigation also led police to locate a handgun just off Albright Road, along the same path as the pursuit, though the release did not indicate who that handgun belonged to or if it was thrown from the SUV.

Horton is currently being held without bond, and Phillips was released Friday on his own recognizance, according to Howard County Jail officials.

Their initial hearings are still pending.

And while the vehicle pursuit and arrests of Horton and Phillips was taking place, the release stated, other officers and Howard County Sheriff’s Office deputies had responded to Lincolnwood Apartments and located several individuals at an apartment on Longwood Drive.

There, police discovered 23 shell casings, a handgun and apparent bullet holes in four vehicles parked nearby.

After further questioning, authorities learned that a previous altercation at Mulligans Sports Pub, 1134 Home Ave., had carried over to the apartment complex, which resulted in numerous shots fired.