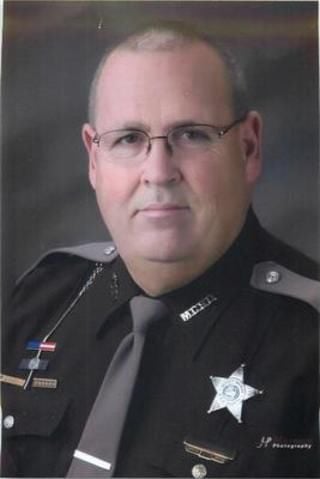 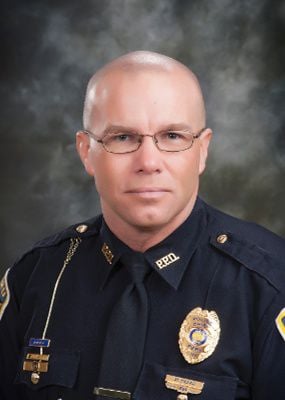 The duties of the sheriff include preserve order in all courts of the county and taking care of the county jail and the prisoners there. Current Miami County Sheriff Tim Miller made $94,573 in 2017, according to the Indiana Gateway website.

What is the most pressing issue facing the sheriff’s office, and what would you do about it?

I can’t say there are any pressing issues at the moment. However, my concern, and the most important thing I’m going to do upfront, would be to encourage good strong communication within the department. I think that’s more important than anything else. If it doesn’t work on the inside, it’s not going to work on the outside. We have to make sure the department is in good working order on the inside. It very may well be with the current administration. However I think it’s something we have to look at I. I won’t really know until I get there and see where the weak points and strong points are and see what needs attention.

Do you believe the county has a drug crisis? If so, what steps would you take as sheriff to fight the problem, and what would be your approach to enforcing drug-related laws?

The word crisis is matter of opinion, in some situations. Do we have strong drug problem? I believe we do. Do we need to continue to work on it? Yes. That’s not one issue one particular person in the department can take care of. That’s going to take cooperation among many different agencies to fight that problem as it exists today. The biggest issue in fighting the drug problem is you have to have education and a place where people who are addicted can go receive help. You have to have stricter laws. You have to have a place to put these people. That’s difficult. There has to be a lot of money behind that. People have all sorts ideas how to combat the problem, but it’s a number of things put together that will allow us to combat this particular problem. Education won’t do it by itself. Arresting people won’t do it by itself. We’ve allowed it to get totally out of hand, and now it’s become strong, so we have to get stronger, but we have to do it in a number of ways, and it all takes funding.

With a county jail that generates revenue by housing inmates from outside the county, how would you manage the jail and the prisoners who are kept there?

They have a pretty good setup now with other counties. Many counties are needing additional help. If we have the space available, we try to offer that help. There’s a fee that goes with that. They pay us to keep their inmates, as long as we have space. We have to keep a certain amount of space for ourselves. If we have the space, we’ll continue to help them out. The sheriff and jail commander have done a good job with that, and I would continue to do the same. It’s a benefit to our county at the same time. I wouldn’t want to change that.

What is the most pressing issue facing the sheriff’s office, and what would you do about it?

Although I know the main priority for a sheriff office is to be a servant of the courts and the housing of prisoners, I would like for school safety to be one of our main priorities. I feel our officers need to make their presence known in all county schools. The MCSO does have a school resource officer at Maconaquah and North Miami has been implementing a SRO program. Both schools are to be commended for their efforts. But I would like for our department to make that partnership even better and more safe for our children with a stronger presence in all county schools.

Do you believe the county has a drug crisis? If so, what steps would you take as sheriff to fight the problem, and what would be your approach to enforcing drug-related laws?

Yes, I believe Miami County has a drug crisis. Our officers need to be aggressive in our fight to combat the drug issues we have. I feel the implementation of a K9 program with the sheriff's office would be very beneficial. Since becoming Chief of Police in 2016, we have brought in two K9's. During the nearly three years as chief, our department has seen an increase of arrests from 15 to 274 (1,726% increase), heroin seized increase from 1 gram to 86.5 grams (8,550% increase) and methamphetamine seized increase from 6 grams to 275.7 grams (4,695% increase). I would like to take this success to a county level to help fight our drug crises county-wide. I feel we need to be aggressive and proactive in enforcing drug-related laws.

With a county jail that generates revenue by housing inmates from outside the county, how would you manage the jail and the prisoners who are kept there?

For several years the Miami County Jail has housed out of county inmates. In 2017, Miami County generated over $1.1 million in housing inmates from other counties. I fully support this practice as long as we are able to keep both jail staff and inmates safe. Funding generated by housing out of county inmates has helped to fund other county needs, such as medical insurance for employees. I feel an in-depth analysis is important to keep jail staff at a level that is both efficient and safe for all involved.