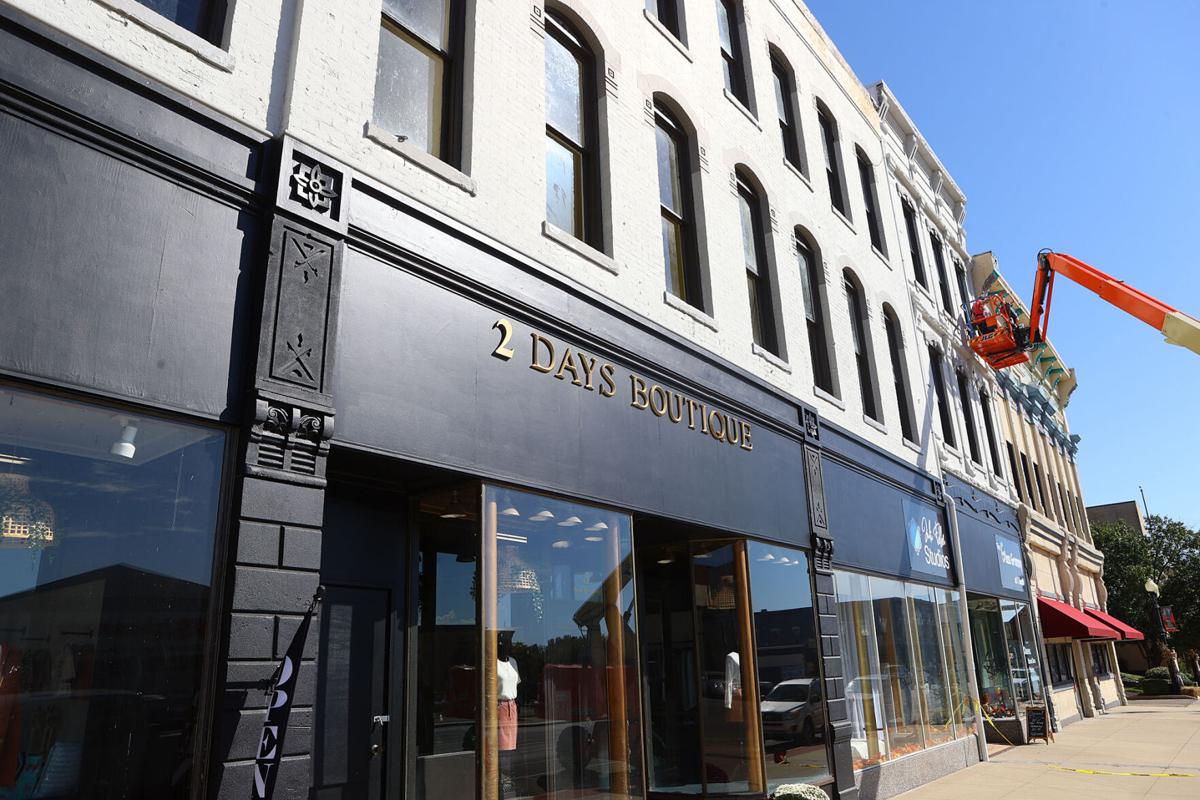 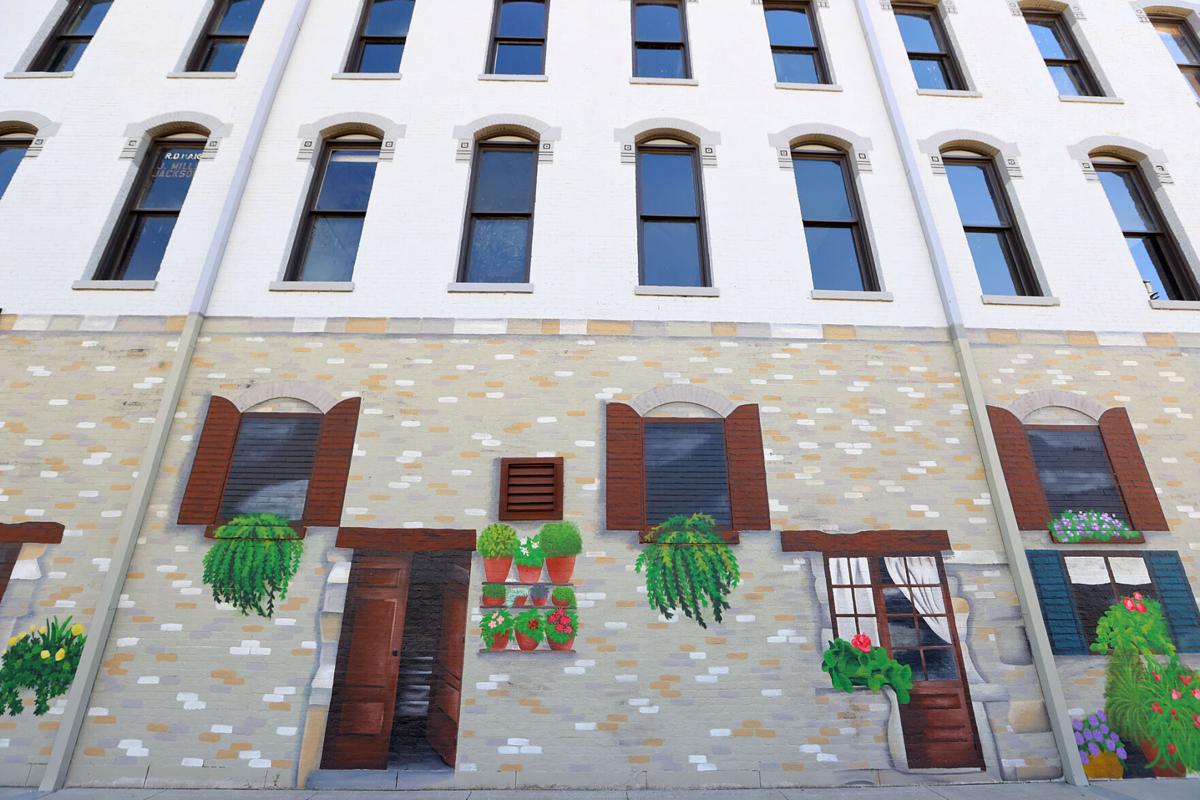 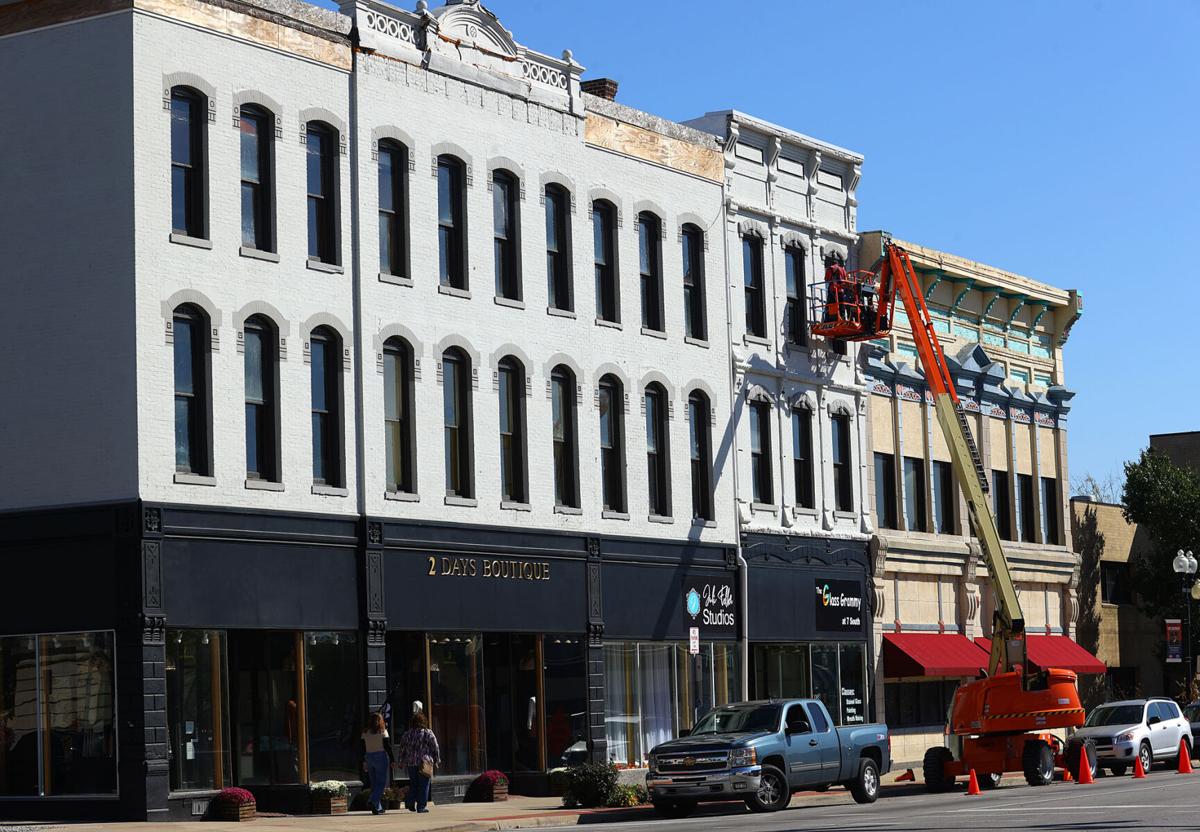 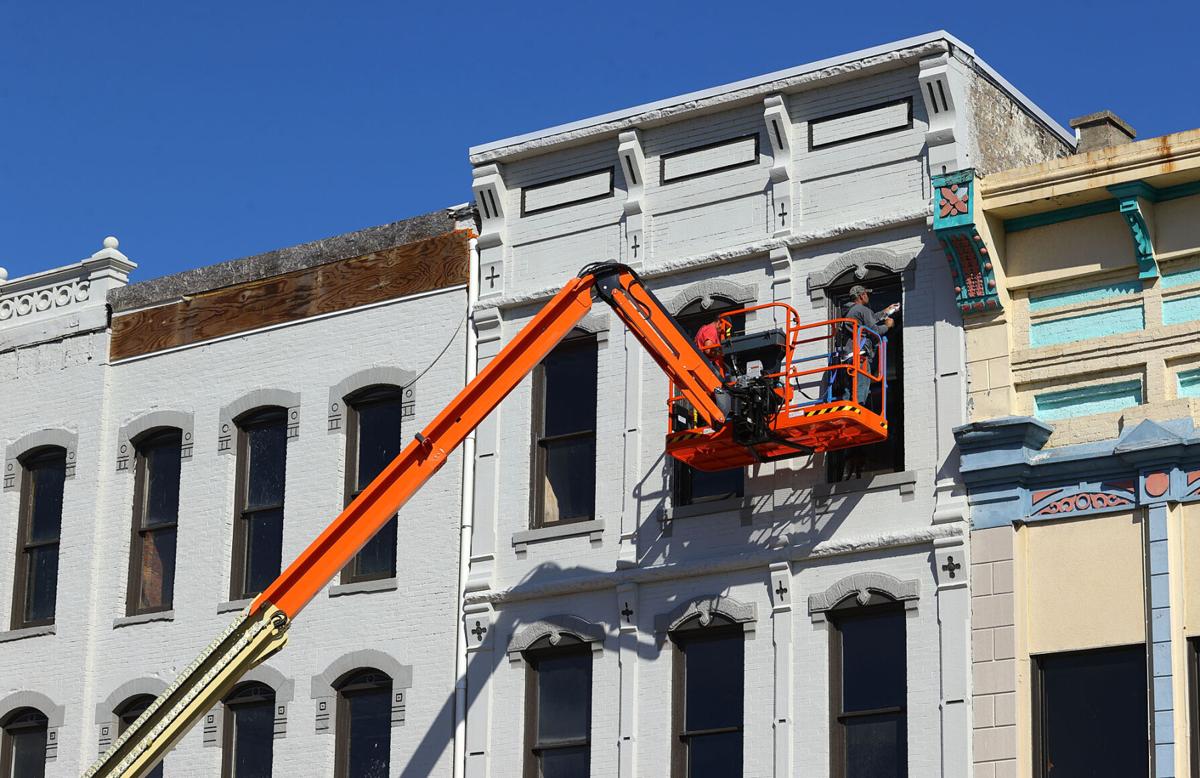 PERU — When the city of Peru purchased the building at 1 S. Broadway in 2017 that had formerly housed an illegal pill mill, the structure was dilapidated, condemned and falling apart.

Water damage had caused parts of windows to fall out and shatter on the sidewalk below. Pigeons that had infested the building smashed out windows while flying in and out of the structure.

A leaky roof had also caused extensive water damage that led to a large chunk of the roof peeling off during a storm. Firefighters had to use saws to remove the hanging debris.

Vicki Draper, a board member of the nonprofit ReDiscover Downtown Peru, said it was painful to watch as the city’s most prominent downtown building crumbled in front of her eyes.

“Pulling up to that intersection, the most important intersection in town, and seeing that building falling apart was the worst,” she said.

Fast forward to today, and that same building has been reborn.

The entire first floor has been renovated and now holds two new downtown businesses. All of the windows have been replaced. A mural painted by a local artist adorns the north side facing the Miami County Courthouse.

And it’s all thanks to three local investors who took a risk to restore one of the most visible buildings in the city that was heading toward demolition.

Dave Van Baalen, Chad Pattison and Ricky Day recently formed City Square LLC and took possession of the building in May. In just two months, they had renovated a part of the first floor, which was leased by 2 Days Boutique, a local clothing store operated by Day’s daughter.

Two months later, a second space had been renovated to house The Glass Grammy, which offers classes and custom stained-glass pieces. Other artists also work from the space selling sculptures and pottery.

Van Baalen said the goal was to renovate and modernize the spaces while still keeping the historic feel of the more than 130-year-old building, which served for decades as the home of the department store J.C. Murphy’s.

“Our goal was to keep the building as vintage as we could,” he said. “You want to update it with electric and plumbing and HVAC, but you don’t want to change it to a modern look, because it’s a really cool old building.”

Van Baalen said the investment to renovate the delipidated structure was only possible due to the city’s KEY Building Program, which spent about $500,000 to purchase, stabilize and do exterior renovations. The program purchases and fixes up run-down historic properties before deeding them for free to people willing to invest in them.

Even though City Square didn’t pay for the building, the investment to bring it back to life was a risk. But, he said, it was a risk they were willing to take to revitalize one of the most prominent downtown buildings.

For 61-year-old Van Baalen, the project was also personal. His family owned Van’s Sporting Goods right across the street from the building, and he remembers going to the department store there as a kid.

He also remembers when Tristan Stonger purchased the structure in 2006 and opened one of his Pain Management Centers there.

In 2017, Stonger was arrested on 55 felony charges in Miami County after federal investigators say he issued invalid prescriptions for hydrocodone and other drugs at the clinic and traded pills in exchange for work on his farm near Bunker Hill.

Van Baalen said he watched as the building slowly deteriorated. What made it even more painful was knowing he was just about to make an offer on the property when Stonger purchased it.

“We had to sit and watch as the building deteriorated and fell apart,” Van Baalen said. “It was kind of sad, because I knew what we could have done with it.”

And earlier this year, he finally had his chance.

But this time, it wasn’t so much about a business investment. Van Baalen said the main motivation was rescuing the building. He said he could have invested in other properties with the same amount of money and likely made a bigger profit, but that wasn’t the point.

“This is different,” Van Baalen said. “You don’t weigh all of these decisions on whether it’s going to make money. It’s more about community pride. It’s more about helping your community and bringing your town back. That’s worth way more than money to me at this point.”

And Draper said there’s no doubt the renovation is already rejuvenating the city, which has seen a kind of renaissance in the last decade.

“This building was key,” she said. “Main and Broadway is obviously one of the most important pieces of property we have, so for that building to be renovated and making money is wonderful. The downtown looks 100% better.”

But City Square isn’t done yet. Van Baalen said that next spring, they will begin to evaluate putting in apartments or townhomes on the upper stories of the 40,000-square-foot building. He said they will initially install one and see if it gets leased before building more.

“Instead of taking all that risk and not knowing if it’s going to work, why don’t we do one and get a lease signed, and then do a second one?” he said.

But whatever ends up happening with the rest of the building, the renovation has already been a success, Van Baalen said. The exterior is now inviting and welcoming to visitors, and two new local business are thriving on the first floor.

He said that alone has changed the entire complexion of downtown Peru, and that complexion can only get better as other investors continue to rehabilitate and refurbish their properties.

“I don’t have to guess what Peru will be in the future, because I’ve seen what it was in the past,” Van Baalen said. “All we’re trying to do is bring it back. There’s a lot of personal pride in that.”