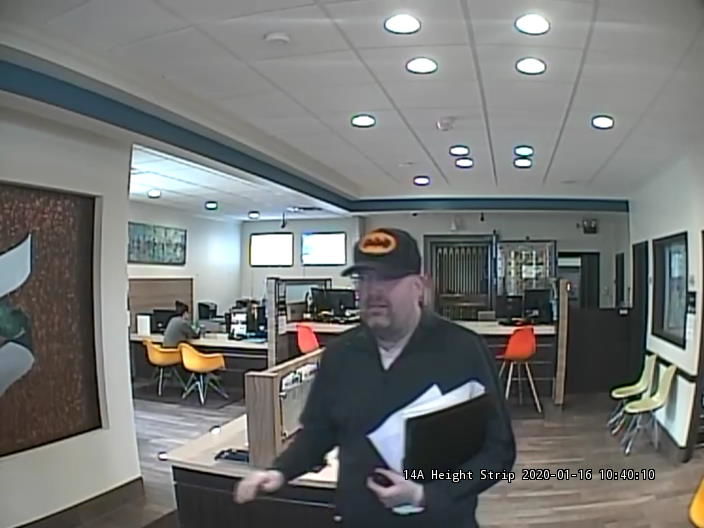 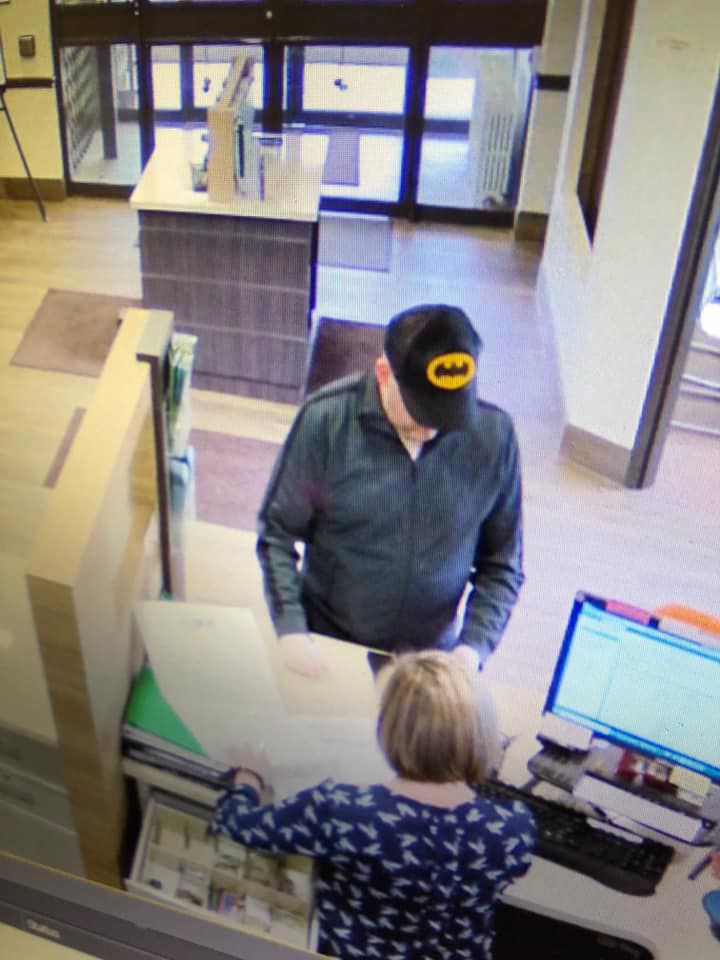 This is a photo released by the KPD of the suspected bank robber. 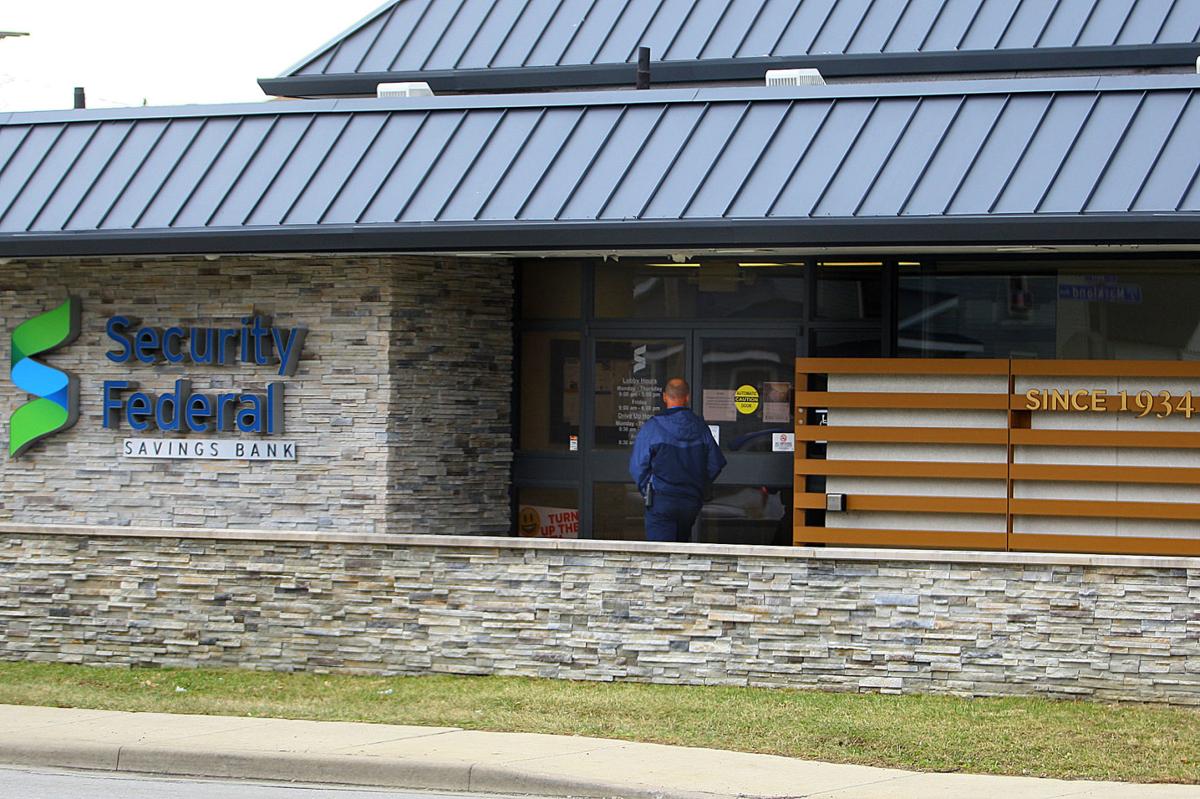 This is a photo released by the KPD of the suspected bank robber.

Police are currently looking for a man they believe to be involved in an armed robbery Thursday morning at the Security Federal Savings Bank, 519 E. Markland Ave.

The incident occurred around 10:40 a.m., initial scanner traffic indicated that police were dispatched to the bank in reference to a white male who walked to the bank on foot, entered the business and demanded money.

According to witnesses on scene, the male also implied that he had a firearm, though one was never displayed, police said.

The male then allegedly took an undisclosed amount of cash and fled the bank eastbound on foot, police indicated.

He was described as being 30-40 years of age and approximately 6 feet, 2 inches tall, with a thin build and facial hair.

The male was also wearing a dark gray jacket, dark pants and a black hat displaying the Batman logo, according to surveillance footage supplied by KPD.

Police did not indicate how many people were inside the bank at the time of the incident, but there were no injuries reported.