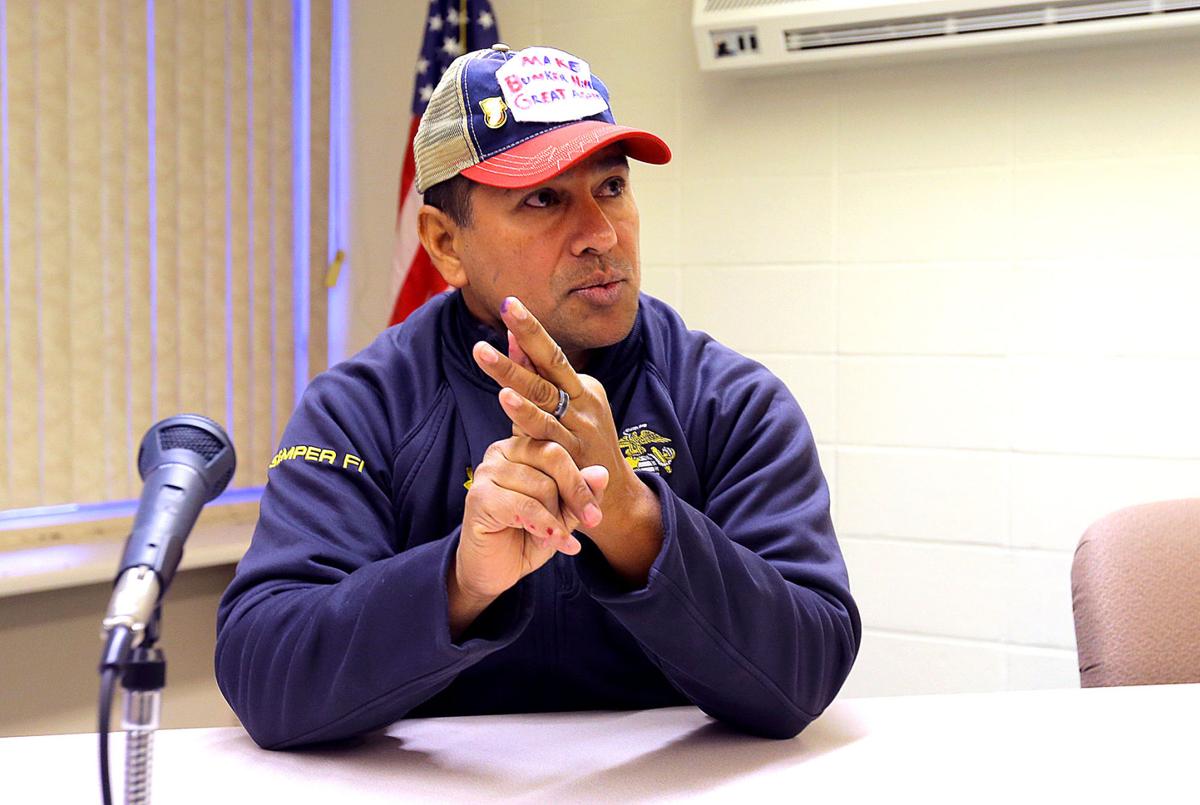 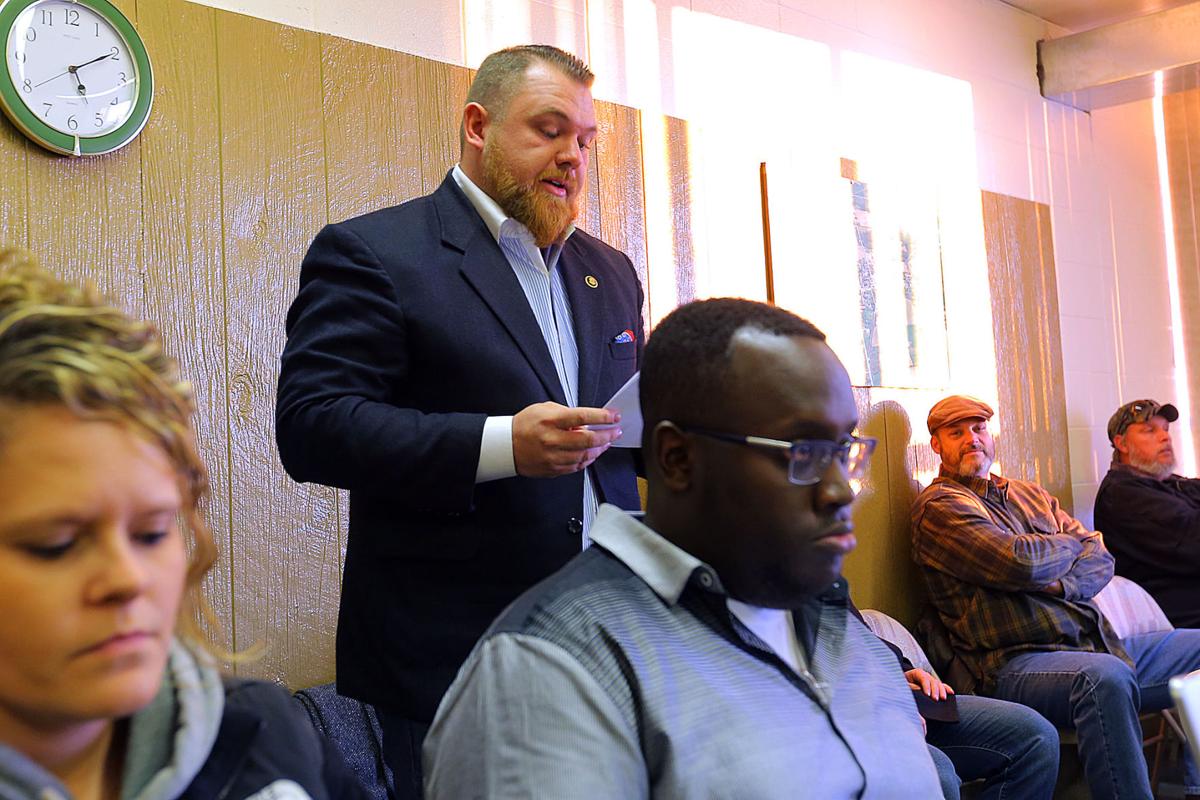 BUNKER HILL - A former president of the Bunker Hill Town Council called for the resignation of two current council members Monday over concerns that their criminal history or association with felons made them biased against the town's police department.

Robert Cox made a formal request for the resignation of Louis Nino and Carl Wade on Monday evening during a special meeting of the council.

The meeting was set to discuss hiring a new town marshal after the former marshal and his four volunteer deputies all resigned last week, leaving the town without a police department.

The resignations stemmed from allegations that the council mismanaged the department and asked them to perform illegal and unethical actions.

During the public-comment period of the meeting, Cox asked Nino and Wade to resign due to "criminal arrest either personally or directly of a current spouse."

According to court documents, Nino was arrested in February 2015 on misdemeanor charges of intimidation and theft, and entered into a pre-trial diversion contract in September 2015. The charges were dismissed in September 2016.

Wade's wife, Patricia, was found guilty of stealing over $53,000 in poor-relief funds from Pipe Creek Township in Miami County.

Cox said those charges warranted resignations from Nino and Wade.

"These council members have suffered direct arrest and/or felony convictions in the community," he said. "This is directly putting the safety and security of citizens in Bunker Hill at risk due to bias opinions of law enforcement."

Neither Nino or Wade responded to Cox during the meeting.

Nino, who was appointed to the council earlier this year by the Miami County Democratic party, said in an interview after the meeting, however, that he had no intention of resigning his seat on the council.

"That will happen when there's a real Santa Claus," he said "I'm not a chicken ... I'm not going to sit here and take a pop-shot. What he said is true. I'm not denying that, nor do I want to."

"I'm not a politician or perfect person ... but I want to make sure we do something here in Bunker Hill," Nino added. "If I'm wrong, let the court decide, not the court of public opinion."

Nino also defended Wade, who left the meeting immediately after it adjourned and was not available for comment.

"It's unfair for Carl to get something shot at him" he said. "Carl didn't get convicted of anything. In America, we give people a second chance."

The call for Nino and Wade to step down comes after the resignation of the town's entire police force last week drew national media attention from news outlets such as the Washington Post, BuzzFeed and the Huffington Post.

Bunker Hill Clerk Treasurer Andrea Newnum said that media attention has put the town in the crosshairs of disgruntled people from around the country expressing fierce opposition to the town council.

She said the town received around 100 emails and countless phone calls last week from people threatening harm to council members and their families.

"It was awful," Newnum said. "The calls were absolutely disgusting."

The threats became so intense, in fact, that she ended up calling the Federal Bureau of Investigations to inform them the town had become a target of threats and intimidation.

"I just wanted them to be aware in case something happened, like our computers all get hacked," Newnum said. "I wanted to make them aware that this is going on, and it needs to stop. It's not right."

She said FBI officials have yet to inform her of any actions they might take.

Now, the council is moving forward with hiring a new marshal.

Speer said the council has also approved a paid, part-time position for a police deputy. Previously, all deputy positions had been unpaid volunteers.

"We will act as quickly as we possibly can on getting a new marshal in here so we have our police department back," he said.

The council scheduled an executive session to go over applications for a new marshal for 6 p.m. Monday, Jan. 2

Speer noted that the locks at the police department have been changed, and officers' guns have all been returned to the agencies from which they were borrowed.

He also said he has contacted the Indiana State Police about how to handle pieces of evidence related to criminal investigations that are currently being housed at the police department.

While the town waits to re-establish a police department, the Miami County Sheriff's Department has been patrolling the town and responding to calls.

Sheriff Tim Miller said there have been no noticeable increases to calls since the town's officers resigned, and the extra duty hasn't been a burden on county deputies.

BUNKER HILL - The Bunker Hill Town Council hired a new marshal Monday after the former marshal and his four deputies all resigned in December,…