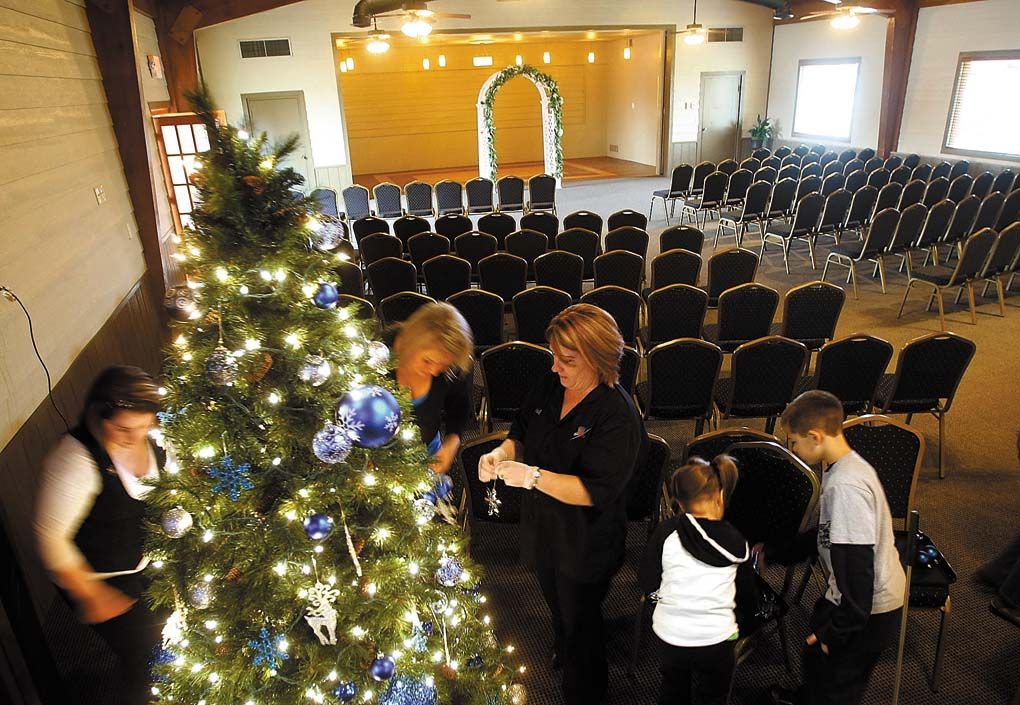 DECOR: Carol Trine, co-owner of Elite Banquet & Conference Center, along with members of her family and staff, decorate a Christmas tree in the new business. 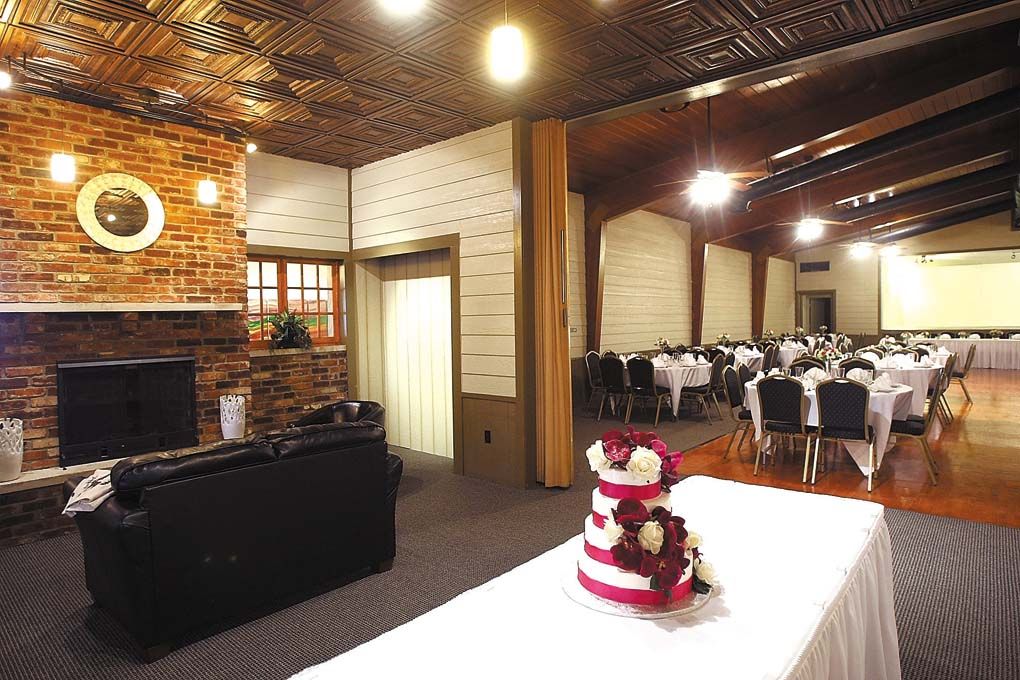 NOW OPEN: Catering tables and a lounge area, with couches and a fireplace, separate the north and south halls in Elite Banquet & Conference Center.

DECOR: Carol Trine, co-owner of Elite Banquet & Conference Center, along with members of her family and staff, decorate a Christmas tree in the new business.

NOW OPEN: Catering tables and a lounge area, with couches and a fireplace, separate the north and south halls in Elite Banquet & Conference Center.

The owners of a banquet hall that opened this year have almost everything set up just as a post-Thanksgiving rush in business approaches.

Elite Banquet and Conference Center, 2820 S. LaFountain St., softly opened in March as the owners and staff have worked on remaining touch-ups.

The building can accommodate two events at once, or employees can clear floor space for one large gathering.

Tom Trine, who owns the banquet hall with his wife, Carol, said the business is set up to be as much of an all-inclusive event service as possible.

A wedding display last week included an arch and seating for about 150 people on one side of the building. Opposite that, past an area organized for a catered buffet, tables were in place for the reception.

The setup creates convenience, said Trine, who also owns Windmill Grill and Windmill Catering with his wife. By having a wedding ceremony and reception in one place, guests avoid traveling through a community they might not be familiar with.

“That’s become an issue, especially for a lot of out-of-town people,” he said.

A lot of work has gone into the facility as the Trines have converted the 46-year-old building to an event center. It was previously a bar and grill, and before that, a Moose lodge.

The halls, which split into a north and south wing, are identical in size. The largest event Elite has been able to accommodate, which took both halls, had 465 guests.

Heavy-duty curtains divide each side, with a neutral area in between. In the middle ground, parties have access to a lounge with chairs and a fireplace, as well as room to place serving trays and a soda fountain.

A wheel-out drink cart is available to guests in the south end while a fully-stocked bar is permanently affixed in a niche on the north side.

Each hall includes a dance floor. The south end’s is in an alcove, which, on the north end of the symmetrical building, is elevated into a stage with a dance floor directly below.

“I tell potential clients they can run the Rolling Stones off the power we get here,” Trine said as he tapped the power outlets on the north hall’s stage, which has dressing rooms on opposite sides.

In lieu of dressing rooms on the south end, guests have a private restroom.

There is also a rear entrance on that side of the building, which the Trines plan to build upon in the spring.

Trine pointed out a patch of grass directly next to the rear entrance where he plans to install a cigar bar.

At the other end of the parking lot, he wants to convert an unpaved patch to a green area with plants and bird feeders.

One of the largest investments in the building is probably one of the most obscure, the women’s restroom next to the front foyer.

Trine boasted that it should be the nicest restroom in Kokomo after the amount of work that went in.

“We went over budget by just a few thousand dollars, and it was all in here,” he said.

The effort resulted from having to convert the 1960s-era decor, which included aqua-blue tiles, to something more contemporary. Once the owners jack-hammered the tiles off the walls and replaced them, they had to replace the sinks, counters, toilet dividers and mirror framing.

At the front of the building, the original cloak room remains. Guests can also use the room for valet services.

Remaining work Trine mentioned targeted next spring for its completion.

He also plans to set up partnerships in which Elite will refer clients to DJs, florists and other event vendors in the Kokomo area.

• Daniel Human is the Kokomo Tribune business reporter. He can be reached at 765-454-8570 or at daniel.human@kokomotribune.com.