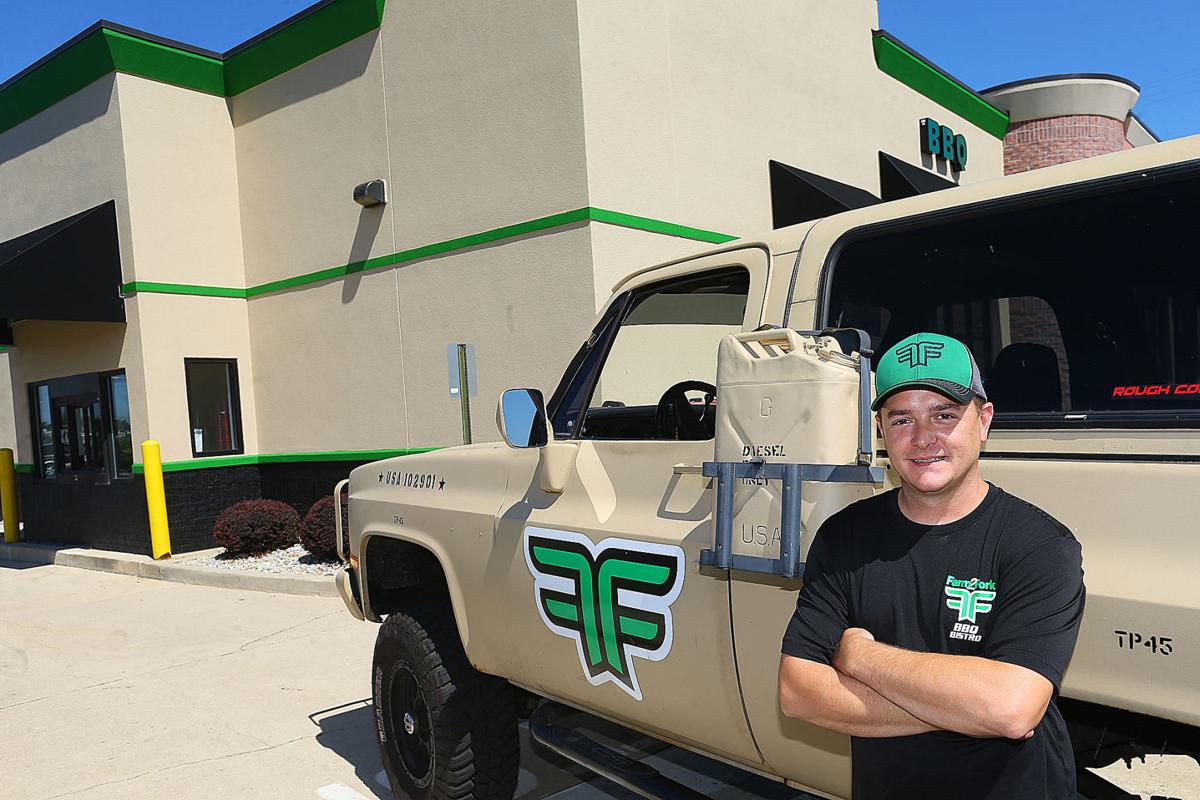 Farm 2 Fork owner Brian Pearcy is finishing up final details on Thursday July 2, 2020, for a Saturday opening in his new location, at the corner of Southway and Indiana 931. 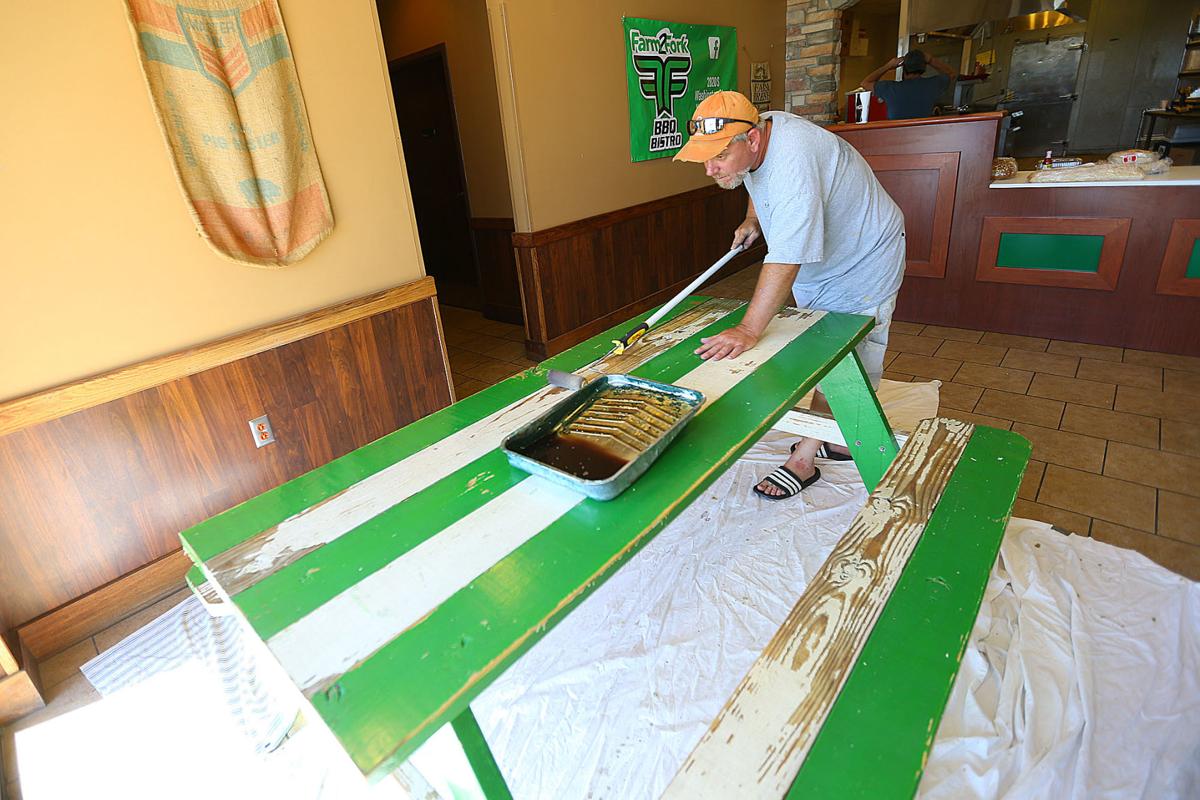 Brad Martin puts a clear coat on tables for the new Farm2Fork dining room, something the old location did not have. The business opens its new location Saturday at Southway and Indiana 931.

Farm 2 Fork owner Brian Pearcy is finishing up final details on Thursday July 2, 2020, for a Saturday opening in his new location, at the corner of Southway and Indiana 931.

Brad Martin puts a clear coat on tables for the new Farm2Fork dining room, something the old location did not have. The business opens its new location Saturday at Southway and Indiana 931.

It’s only been a year since Farm 2 Fork BBQ Bistro opened on the city’s south side, but given the customer dedication it already has, one would think it’s been a town staple for years.

Brian Pearcy opened the barbecue restaurant around July 4, 2019, at 2820 S. Washington St., in a small, drive-thru and carryout only, 400-square-foot building, offering the basics: brisket, burnt ends, pulled pork, ribs, turkey legs and mac and cheese, before expanding to a full menu, adding a cuban sandwich, pork belly and sausages.

The restaurant sold $300 worth of food on its first day. Those modest days now seem like an ice age ago. In just 365 days, the restaurant has grown to more than 3,000 likes on Facebook and has even had days where it sells out of food.

Even the coronavirus couldn’t stop the restaurant from growing. Pearcy said the restaurant saw its daily sales double when the government forced restaurants to serve food curbside or delivery only.

“I didn’t have any expectations when I opened, but, yeah, it’s done much better than what I thought we would do,” he said. “We’ve exploded. Now we’ve got a prime location in Kokomo.”

Starting Saturday, the restaurant is moving to a bigger place at 508 E. Southway Blvd., just off of Indiana 931. The new location will allow the restaurant to offer drive-thru, carry-out and now dine-in service.

Pearcy has wanted to move into a bigger space for months, originally hoping to start operations in early 2020. But as the delays piled on, he decided to begin at the new location one year after opening.

“It’s kind of a one-year anniversary gift to myself,” he said.

A building and larger kitchen means the ability to add more food to the menu.

The restaurant will now offer appetizers, steaks, burgers, french fries and salads, on top of the usual menu items and daily specials that are often created out of the blue.

Pearcy attributes the restaurant’s success to its sourcing quality: fresh meats from local farms. He doesn’t have much formal experience in cooking, but he’s always had a love for good food.

“It’s just something I’ve always been good at,” he said. “Loving good food is universal, and people can taste the difference ... We stand by our food. We think we have the best barbecue in town.”