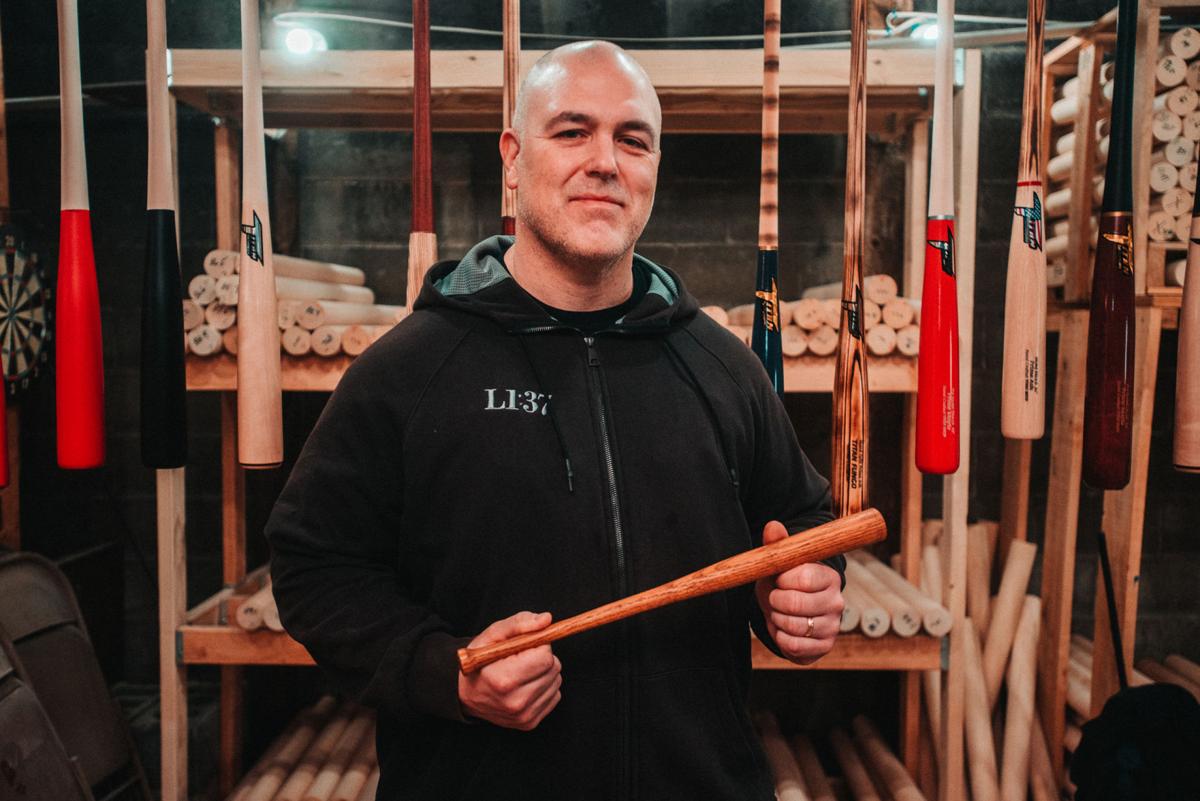 Trampas Young holds the first bat he ever made, which he created as a gift for his son. 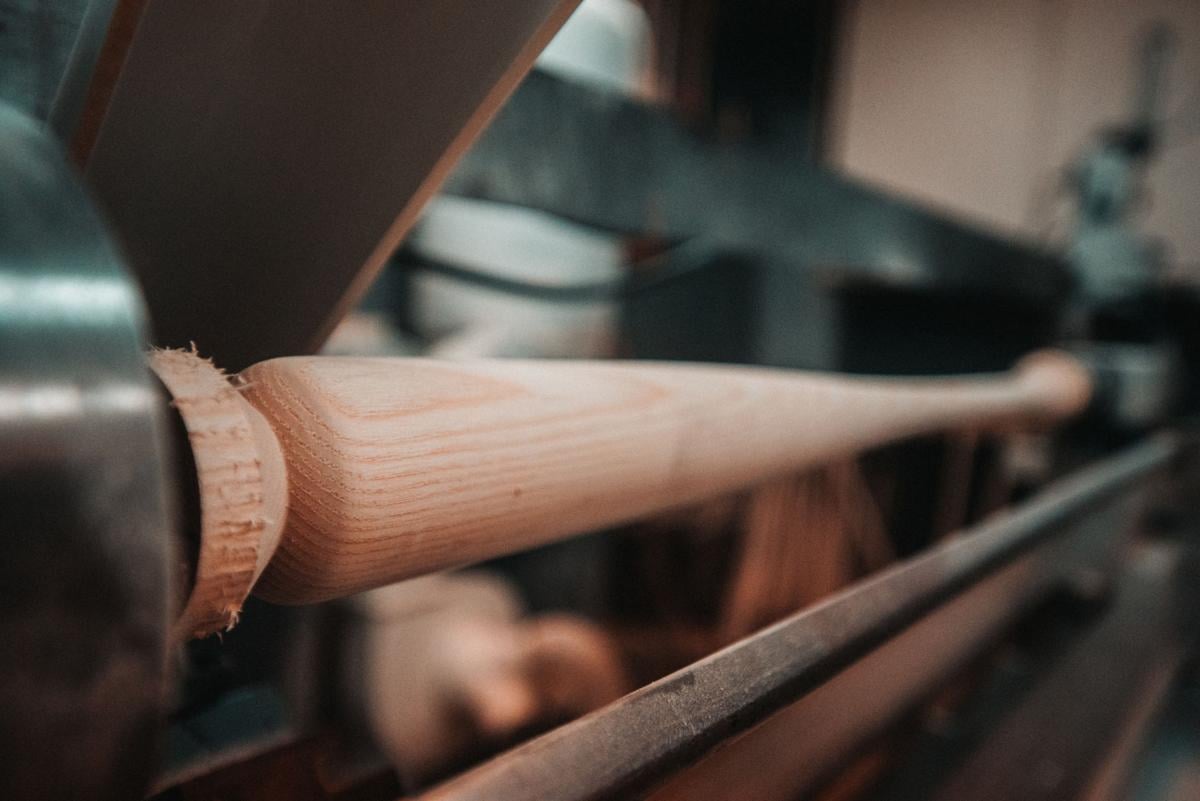 What used to take Young more than three hours to complete, he can now accomplish in less than five minutes. 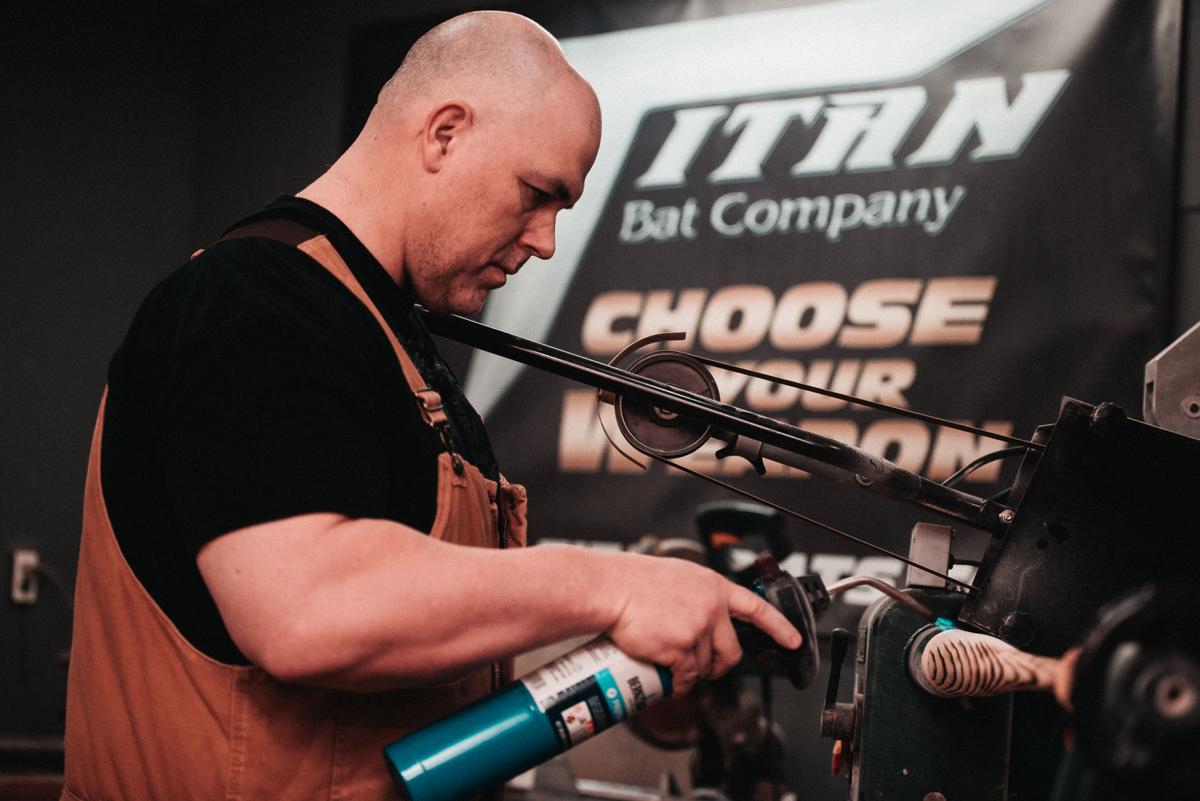 Trampas Young holds the first bat he ever made, which he created as a gift for his son.

What used to take Young more than three hours to complete, he can now accomplish in less than five minutes.

He made it for his son, Baylee Young, who played baseball at Logansport High School, and that led to his son’s friends asking for some ... then their asking for full-sized bats.

Now, Young makes bats that have gone all over the world and into the hands of college and high school athletes and Major League baseball players who use them for practice.

And this month, Titan Bat will move out of his garage into a 4,000-plus square foot facility — the old Brown Construction building on U.S. 35 — thanks to the addition of financial partners.

“I wasn’t even trying to start a business,” Young said. “It’s pretty amazing, too. I never thought I’d be where I’m at.”

With the new building and new equipment, Titan Bat Co. will increase their production from 25 to 30 bats a day to 100 bats a day.

Young was always into woodworking and learned how to make bats from his grandfather, Robert Winegardener, when he was 35.

Originally, he used a hand lathe for every bat, which took four hours.

He wanted to throw away that starter first bat he made for his son at first because it looked too much like a billy club. But his grandfather made him finish it and stain it, and his son knew what it was immediately.

After making bats for a while, he looked at buying a used automatic lathe in 2012 instead of spinning them by manual power.

The roughly $2,000 he saved went toward helping a deaf family that needed everything one Christmas, and the Bible study group that met at his house — he was a pastor for Logansport Church of Christ. That gift helped them get everything they needed, from interview clothes to vehicle repairs to food.

He felt God was calling him in that direction.

What he didn’t know was that his mother had planned to get him the lathe and had found the same seller Young was talking to on the Internet.

So he began making the bats that Baylee would use throughout high school, including in all-state and the Indiana All-Star team games, as well as more bats for others.

And he could make them in three minutes.

In 2014, Stephens, a Logansport High School graduate, got a Pharos-Tribune clipping from his mother about Young making baseball bats. Originally, Stephens said he just wanted to help market Young’s ability, but then it lead to him invest in Young and start Titan. Stephen’s first job was in the medical devices field, and now he works exclusively for start-up companies in the medical field.

Stephens also has a sports background, playing baseball, basketball and football at Logansport and then collegiate baseball at Indiana State University.

“He saw my love for my craftsmanship and my enthusiasm for doing this,” Young said.

People who go to the titanbats.com website can order custom bats, from 28 to 36 inches with different weights and different sized handles and barrels.

Titan has also started doing decorative and trophy bats for special situations, like commemorative awards with names or titles engraved on the bats. All the company’s engraving is done by Tina Buch at Tate’s Laser Engraving in Kokomo.

Young also gets help from his wife, Tracey.

“If she wasn’t helping me out, there’s no way I could do it,” he said, referring to him working 60 hours each week at his job then up to 40 at Titan.

The company went from selling 680 bats in 2018 to selling more than 2,500 in 2019, Stephens said, and both him and Young believe their bat is on par in terms of quality to even the most well-known brands.

Titan now makes the bats for Hoosier Bat Company, a well-known bat company out of Valparaiso.

In turn, Hoosier Bat owner David Cook has been a mentor for Titan and is helping them get their bats certified by the MLB so it can used by players in the league.

Young and Stephens hope to have that certification soon. Stephens thinks it could happen in February 2021. Getting the MLB certification requires going through lot of red tape, though. Stephens said it takes $30,000 a year to be certified, which will include both the major and minor leagues. Half of that $30,000 goes to the MLB as a fee, and the other goes towards having $10 million in insurance, he said.

Stephens has brought in new partners into the business, too.

They include Sherard Clinkscales, the current ISU athletic director who has coached at Notre Dame, was a scout in the MLB for 15 years, played minor league baseball with Damon and Sweeney and is a consulting partner for Titan; Phil Williams, who also attended LHS and now handles the webpage and social media for Titan.

With the partners and more investment capital, Titan Bats plans to acquire computerized lathes, which will allow them to produce bats more quickly and keep up with the growing demand.

The new technology will allow customers to customize their own bats, and even make make changes on the spot. Then that style of bat can be saved in the computer for the next time the customer needs a bat — or if someone wants a bat someone else designed.

Besides selling bats, Titan sells hats and apparel with its logo.

However, even with the company’s growth and new products, Titan Bat doesn’t want to lose what makes them unique.

“I want to stick to being a boutique and handcrafted bat company,” Stephens said.