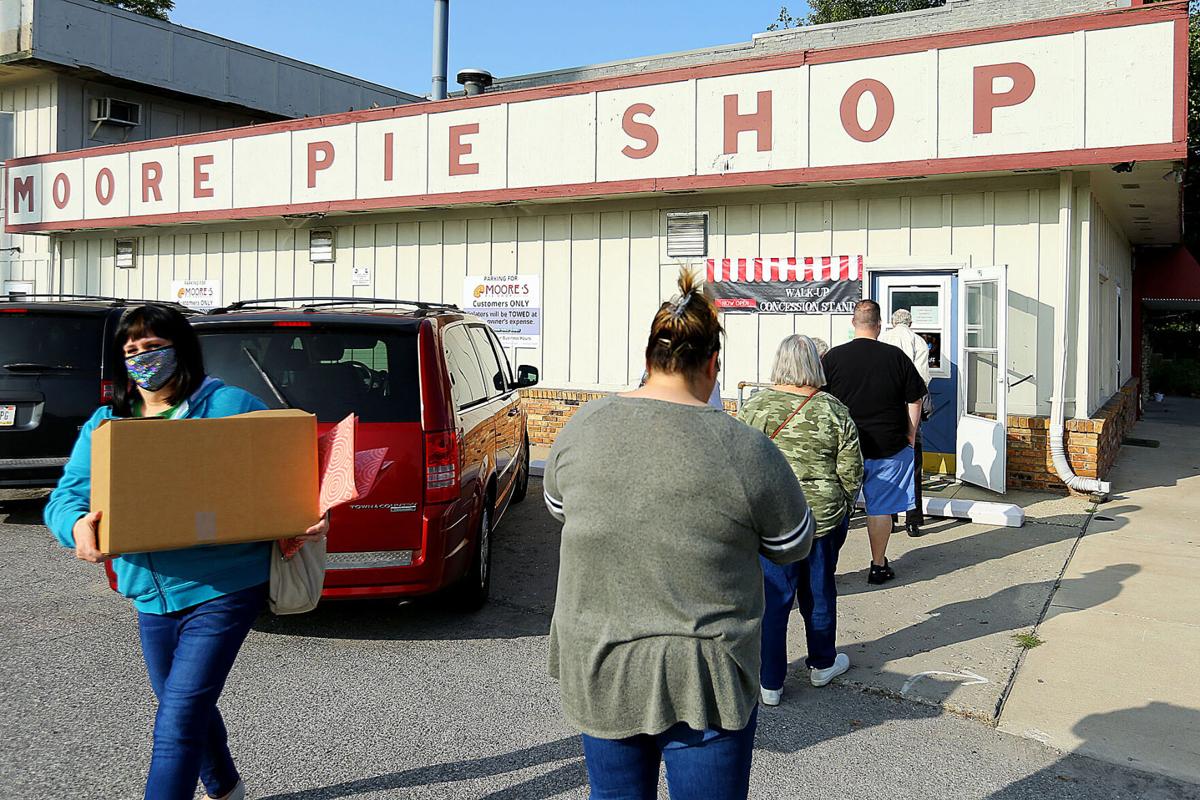 Karen Rogers walks away with a box of eight pies, as people line up at Moore’s Pie Shop to get the last of the pies on Monday, Sept. 21, 2020. The store is closing up on Wednesday after being in business since 1946. Tim Bath | Kokomo Tribune 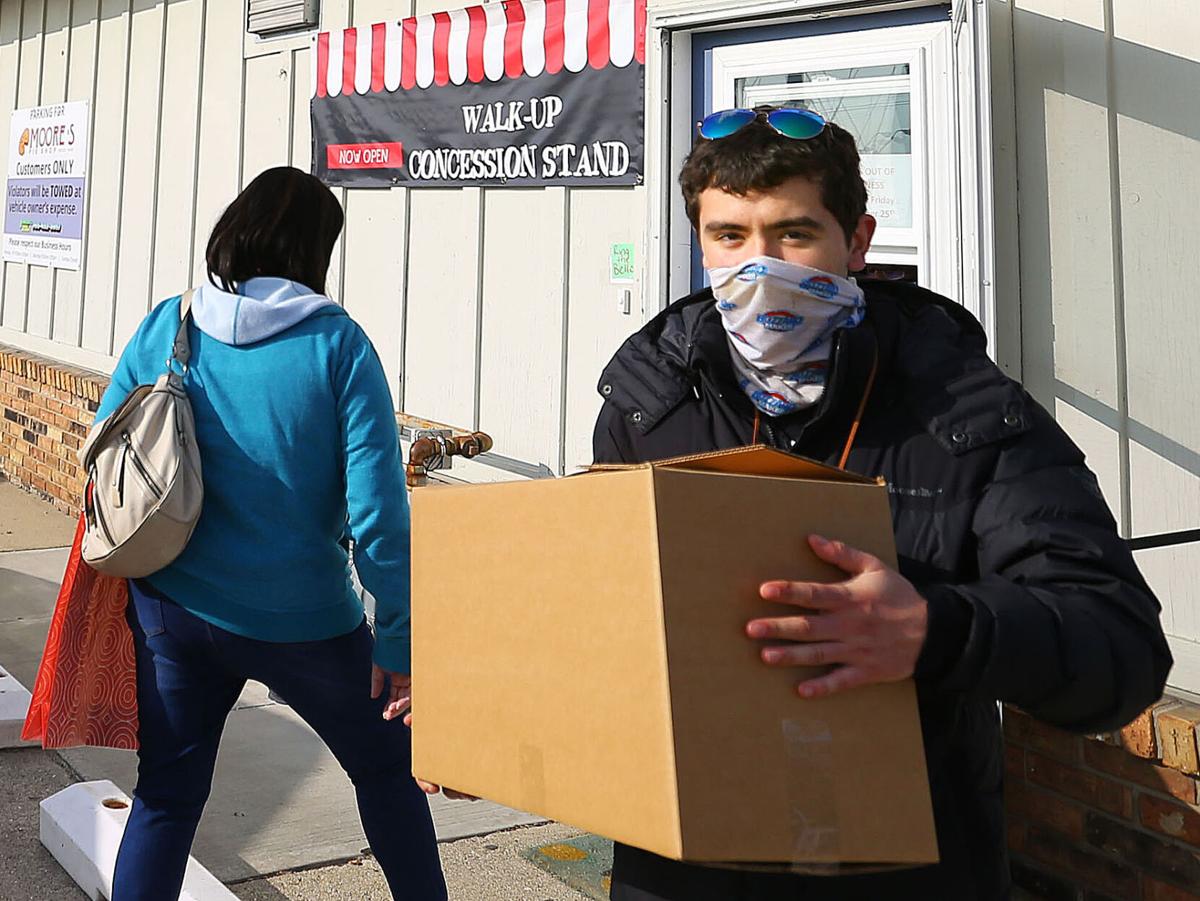 Karen Rogers walks away with a box of eight pies, as people line up at Moore’s Pie Shop to get the last of the pies on Monday, Sept. 21, 2020. The store is closing up on Wednesday after being in business since 1946. Tim Bath | Kokomo Tribune

Moore’s Pie Shop, a staple of Kokomo since the end of World War II, closes Wednesday.

The business, located at 115 W. Elm St. since its inception in 1946, announced its closure on Facebook late last week. Since then, the post has garnered more than 1,500 shares and more than 100 comments of fans expressing their sadness over the closure.

In an interview with the Tribune, Gregg Lucas, owner since 2006, said the COVID-19 pandemic has eroded nearly half the business’ revenues, including fundraisers, holiday sales and other special events.

Those types of events make for 45% of the business’ revenue, Lucas said, but the pandemic canceled nearly all fundraising, festivals and other social events scheduled in the summer months. Moore’s Pie Shop needs a strong summer and holiday season due to the fact business drops sharply in January and February.

“Those [fundraisers] carried us,” Lucas said.

The location, too, has worked against the business.

Once a prime, near downtown spot, has turned into a less than ideal location as both businesses, traffic and residents have shifted to the south.

Pair that with an older customer base who are more hesitant to leave their homes due to the risk of contracting the virus and strong competition from grocery stores, Lucas said it made business sense to close the doors.

Lucas is now planning on selling the building and its equipment. Someone could buy the business and still operate it as Moore’s Pie Shop, but Lucas sees that as unlikely due to economic factors. He said he did have a buyer for the business in February but called off the deal once the pandemic hit.

Like many in Kokomo, Lucas has fond memories of shopping at Moore’s Pie Shop as a child. He’ll miss running the business, and it appears many will miss it too.

On Monday, Moore’s Pie Shop began its last week of operation, selling 15 different types of frozen pies. Once the business opened at 9 a.m., customers were already lined up. It stayed that way for hours. By noon, all but two types of pie – apple and pumpkin – were sold out.