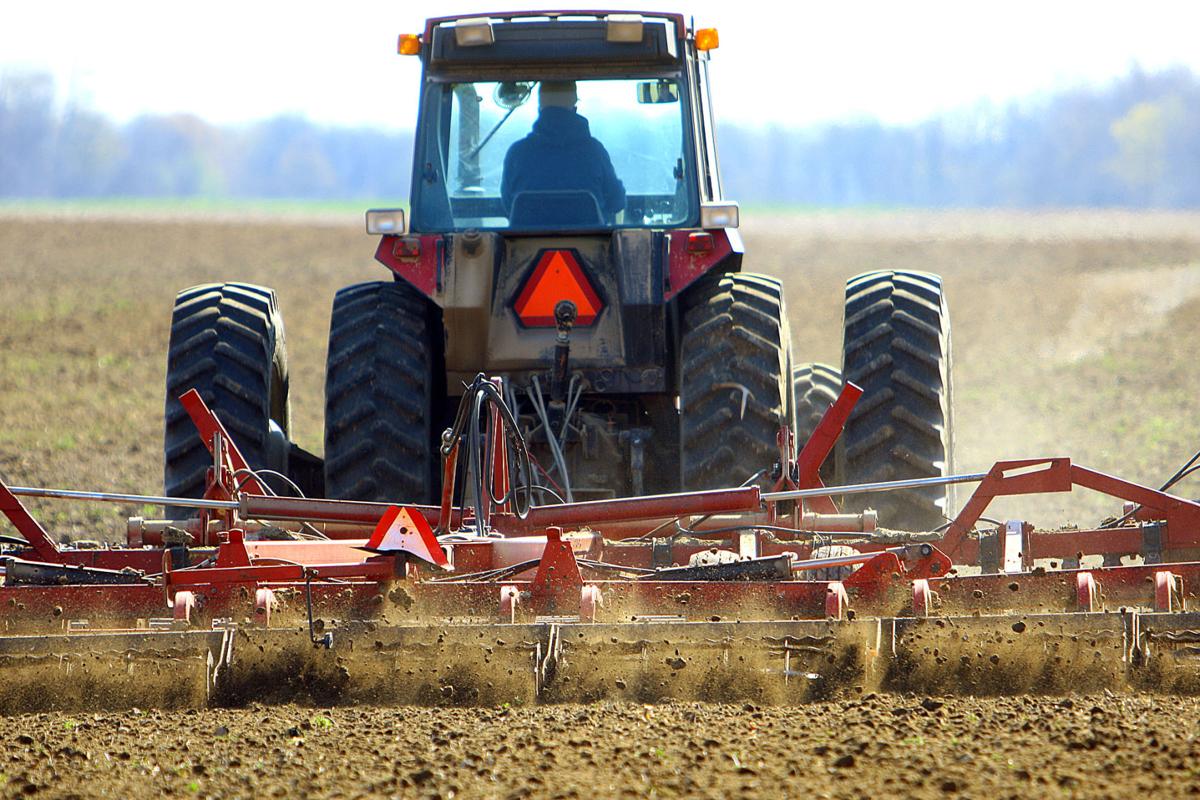 Tom Harrell works the soil, making it ready for planting, on his son Chris’s farm at 975 West, south of 100 North, on April 16. 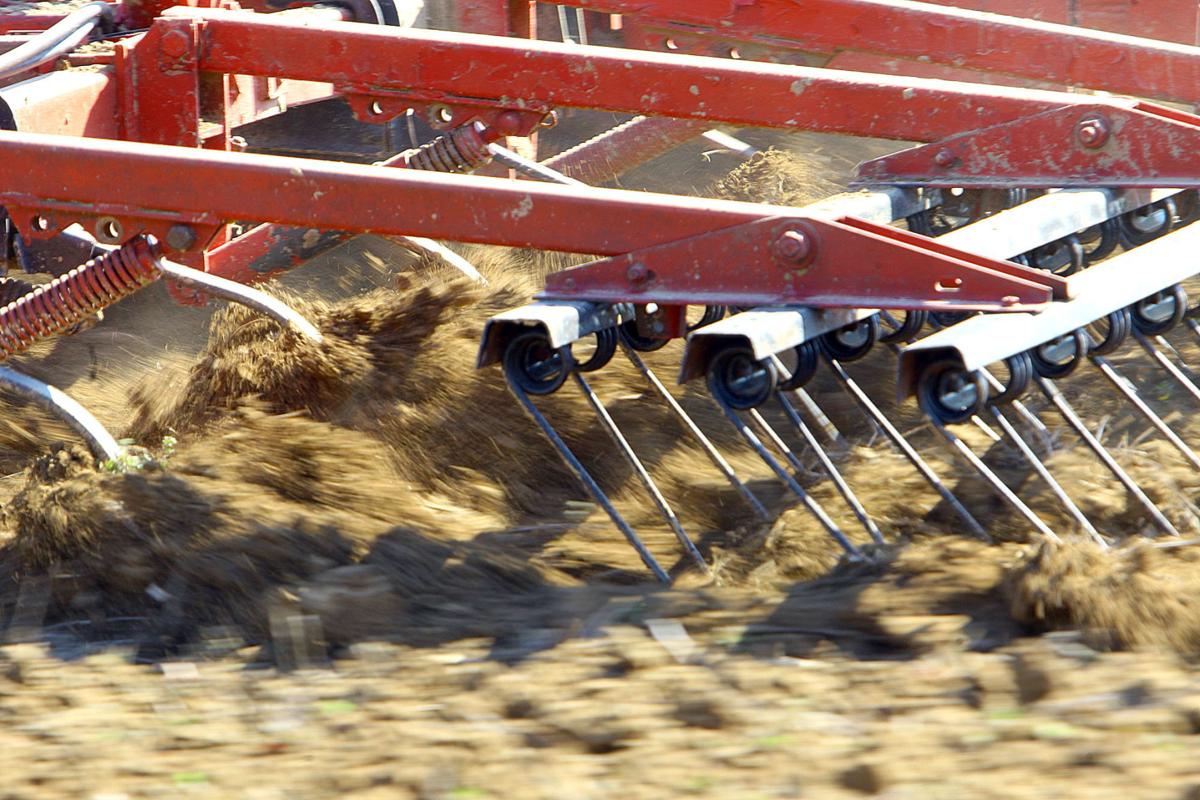 Tom Harrell works the soil at his son, Chris’s farm.

Tom Harrell works the soil, making it ready for planting, on his son Chris’s farm at 975 West, south of 100 North, on April 16.

Tom Harrell works the soil at his son, Chris’s farm.

A year ago, area farmers faced an unprecedented spring as perpetual rain led to a historically late planting season, with some farmers considering not even growing a crop.

Now, farmers once again face an unprecedented problem, but it has nothing to do with the weather.

It’s the havoc created by the novel coronavirus pandemic.

Over the last few months, the uncertainty created by the worldwide outbreak has roiled markets and caused crop prices to plummet.

Kent Chism, a lifelong farmer in western Howard County who serves on the Howard County Farm Bureau board, said heading into the planting season with such abysmal crop prices isn’t a pleasant prospect.

“The prices stink right now,” he said. “There’s no doubt about that. We’re looking at very skinny margins. There won’t be much profit at all.”

The commodity futures markets, in which farmers can contract to sell their crop at a set price at a later time, were also roiled by the near zeroing out of demand that came with the closure of schools, restaurants and bars, according to analysis by American Farm Bureau.

Jonathan Hartman, who farms in western Howard County and parts of Cass County, said he locked in prices for some of his corn and soybeans earlier when the markets were better. He said there will be some profit on that portion of his crops, but he’s now seriously worried about the part which hasn’t been contracted that he’ll have to sell at market price.

“The crop you don’t have contracted out, you sit there and look at it and see the prices, and you know you’re not going to make money on that crop,” he said. “Something’s got to give.”

And what makes it worse is the fact that there’s no sense on how long the pandemic and the economic shutdown will have a negative impact on crop prices.

“I think the biggest concern is more a frustration of not having enough information,” said Bob Nielsen, a professor of agronomy at Purdue University, in a recent podcast. “It’s not just in agriculture, but us a society. We’re all struggling, trying to figure out how this is going to play out in general, but also in terms of agriculture.”

The low prices are made even more sour by the fact that the U.S. Department of Agriculture projects record corn production this year. In a USDA survey from early March, before the pandemic hit the U.S., farmers said they intended to plant 97 million acres of corn this spring. That’s up 8% from 2019 and the highest since 2012, according to American Farm Bureau.

At the same time, demand for corn-based products, and especially ethanol, have plummeted. Economists are now predicting a huge stockpile of corn that could drive prices down even further. The USDA estimates farmers need to plant 6.6 million fewer acres of corn to keep prices stable.

Brad Winger, who farms corn and soybeans with his family in eastern Howard County and parts of Miami County, said that’s led some area farmers to switch some of their fields from corn to soybeans. But with soybeans prices also not faring well, it may not help much, he said.

“I guess if you’re going to lose money, you might as well raise soybeans, because it doesn’t cost as much money per acre to produce, so you won’t lose as much,” he said. “That’s just the way it is.”

Chism said with social distancing and the state’s stay-at-home order, consumption of gasoline has decreased, followed by a decrease in the consumption of corn ethanol. That presents a bad situation for the local corn crop, but he hopes the sting from slumping ethanol sales will be eased by an increased demand for livestock feed.

“We’ve lost the market for ethanol, and we’re not going to gain it equally back to feed livestock, but we’ll gain some,” he said. “It’s going to be a loss, but it won’t be as big of a loss as it would be with a zero on the books.”

Even with a frighteningly large question mark hanging over crop prices and the world economy, some farmers have already started planting, while most plan to hit the fields hard this week with warmer weather in the forecast.

Howard County Extension Educator Mathias Ingle said if the weather holds out, it should be an ideal planting season that will set the stage for a healthy harvest. Now, it’s just a matter of playing the markets to make the most money out of that harvest.

“The prices are in the tank right now, but farmers know their cost of production, and they’re out there trying to figure out where they can and can’t make money, and trying to make it work to make a living,” he said.

Winger said that’s his philosophy. He said they’re planting half their acres in corn and the other half in soybeans, and crossing their fingers that the markets will bounce back sometime during the growing season.

“You can’t just shut your doors and quit, because that doesn’t work very well,” he said. “I’ve been through years before where projections are bad early on, and then there will be an opportunity to price some of your crop decently. We’re trusting in God to get us through this and sell these crops right.”

Chism agreed. He said he’s keeping his head up, and hoping for the best even as agricultural markets continue to reel due to the coronavirus outbreak.

“Spring is one of my favorite times,” Chism said. “Spring usually brings optimism, and I guess I’m optimistic that things will pan out this year and we’ll come out okay. We may not do really well, but I’m hopeful we’ll be OK.”