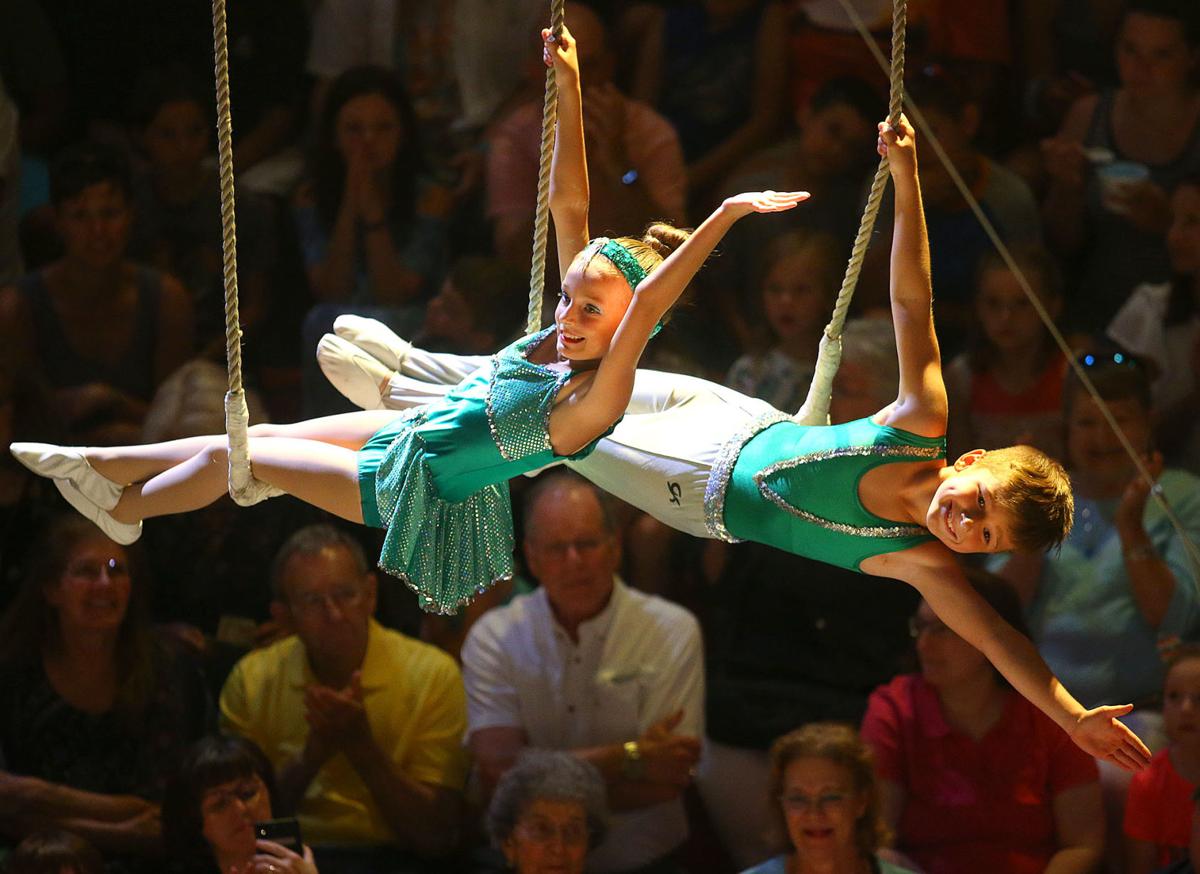 A young duo performs during side-by-side in the Peru Amateur Circus on Saturday, July 13, 2019. Because of concerns for the youth performers’ health, the circus has been canceled for this summer. 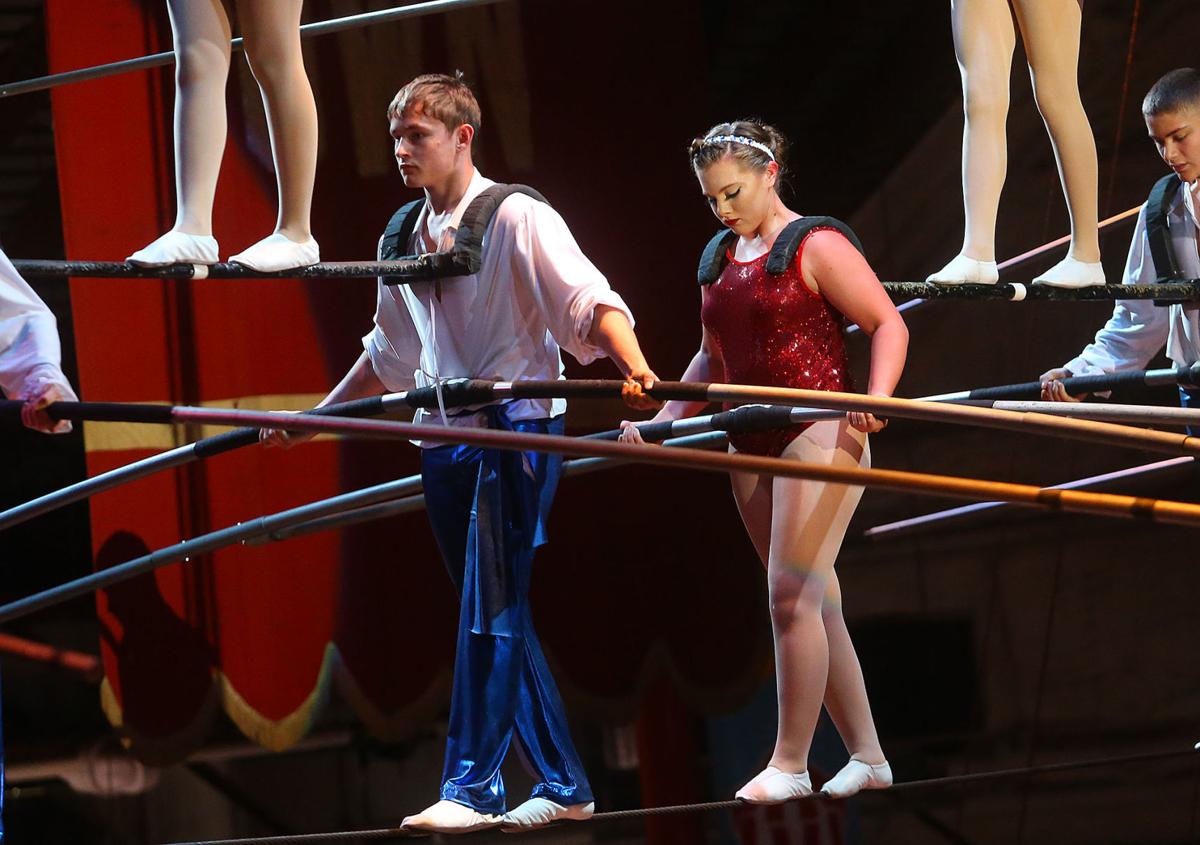 The high-wire act performs in the Peru Amateur Circus on Saturday, July 13, 2019. 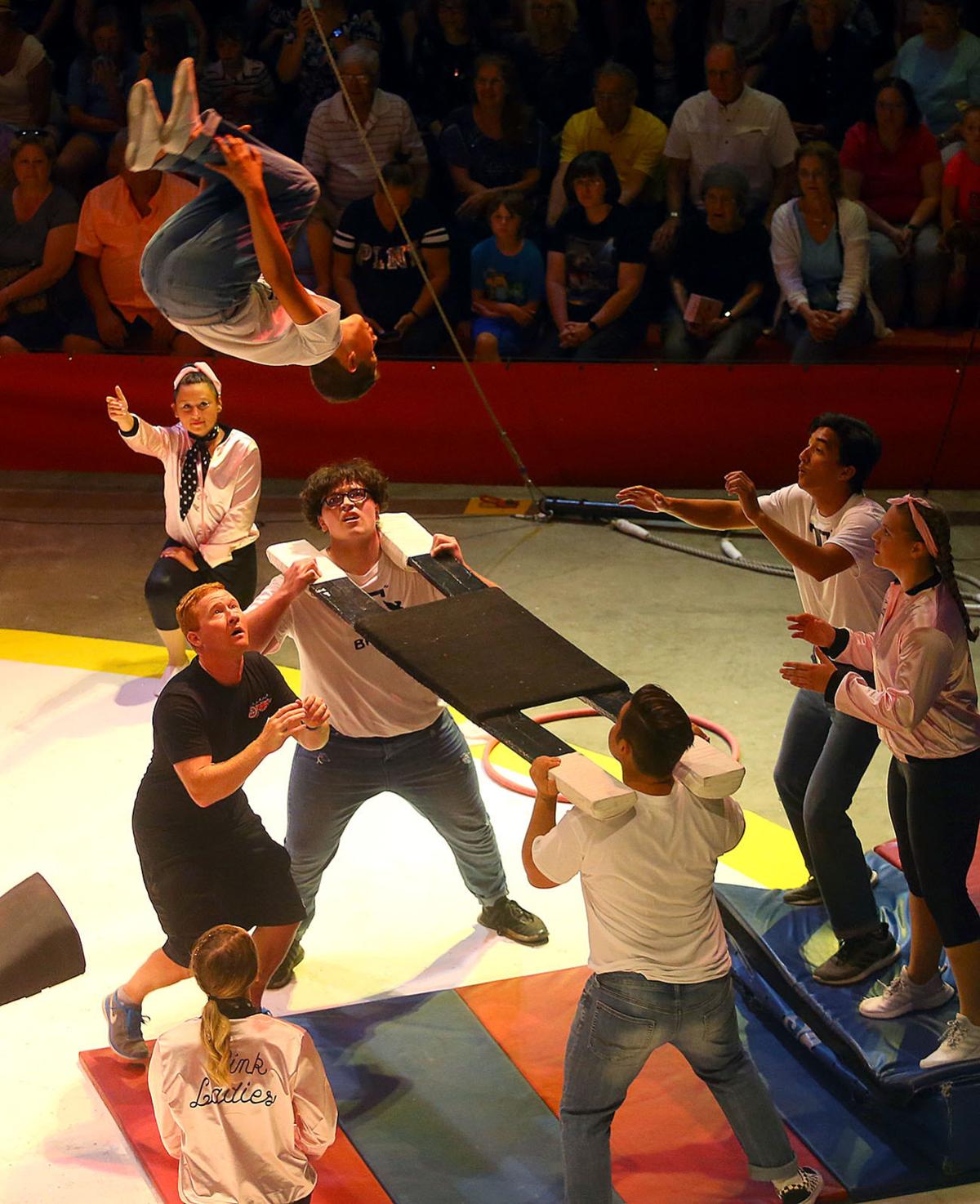 A performer flips in the air and lands on the raised board during the teeterboard act in the Peru Amateur Circus on Saturday, July 13, 2019.

For the first time ever, there won’t be a circus in the self-proclaimed Circus Capital of the World.

The Peru Amateur Circus late Wednesday made the decision to call off performances this year due to the COVID-19 outbreak, marking the first time the youth circus has been canceled in its 61-year history.

The performances were scheduled this year to run from July 11-18, featuring 7- to 21-year-old kids from Miami County who put on all the classic acts such as the high-wire, trapeze and juggling. The shows are part of the week-long celebration in Peru called the Circus City Festival, which culminates every year with the largest circus parade in the country.

Circus Board President Mandy Maverick said they made the painful decision to cancel after learning the earliest they could begin practicing for the show would potentially be May 24, giving the around 200 performers less than seven weeks to practice. During normal years, kids practice for four months starting in March.

“After looking at everything, and trying to figure out how to make it all work, it just didn’t seem like it was going to be possible,” she said. “There were tears with us board members as we made the decision. People didn’t get a lot of sleep last night.”

Maverick said the performers were able to get one week of practice in before the state started issuing restrictions and closing nonessential businesses in March. Once the schools closed, practices abruptly came to an end, and the kids haven’t been able to meet since.

With restrictions now beginning to ease, the Miami County Health Department informed the circus its performers could potentially begin meeting later this month at the Peru Circus City Arena, where the shows are held, to begin practicing, she said.

But that simply wasn’t enough time to organize and train for the hours-long show, Maverick said. On top of that, board members worried social-distancing requirements could still be in place in July that would restrict people from coming to watch the performances.

But more than anything, she said, the board wanted to ensure the health and safety of the kids.

“It’s really hard to social distance in the circus,” Maverick said. “How do you do that and keep people safe? We decided to put our performers and families and trainers and volunteers first.”

Now, performers are mourning a lost year of the circus after sometimes training and practicing their acts for years.

Brande Brehmer, who has volunteered with the festival for 12 years and whose daughter performed in the circus, said learning the show had been canceled almost felt like a physical blow.

“Heartbreaking,” she said. “It’s just like a pit in your stomach. We all know what’s supposed to be going on in July in Peru, Indiana. We expect to hear the circus band and see the performers with their makeup and smiles. It all just makes you think, ‘Yikes.’”

Maverick said what made the decision to cancel especially difficult was knowing how hard the youth performers have worked, and how much putting on a show means to them.

“For the kids in circus, this is what they do in the summer,” she said. “They give up their vacations. Some are practicing every day. The circus kids are like a family. It was such a letdown to cancel, and a lot of these kids are already really let down because they’re missing things. Now, this is being taken away.”

But even with the performances canceled, organizers are hopeful they can still hold the Circus City Festival, which is made up of a downtown fair with rides, food and games, as well as the annual circus parade.

Maverick said they are currently moving forward with organizing the events, but whether it ends up happening is still pending until they have more details from the state on how restrictions will be lifted.

“We want to make it happen if we can,” she said. “The festival is for the community, and we’d love to use it as a way to celebrate if things are back to normal, but that’s still up in the air. We have to wait and see what happens.”

But no matter what happens, the circus isn’t going anywhere, volunteer Brehmer said. After more than six decades in the community, the show will go far into the future despite this year’s cancellation.

“It’s a big deal for our community,” she said. “This is a hard pill to swallow, but we’ll be all right and come back strong next year. That’s what we do as a circus family. We come together and stay strong.”

PERU – The annual Circus City Festival, which is Peru’s flagship event that features the largest circus parade in the country, has been cancel…