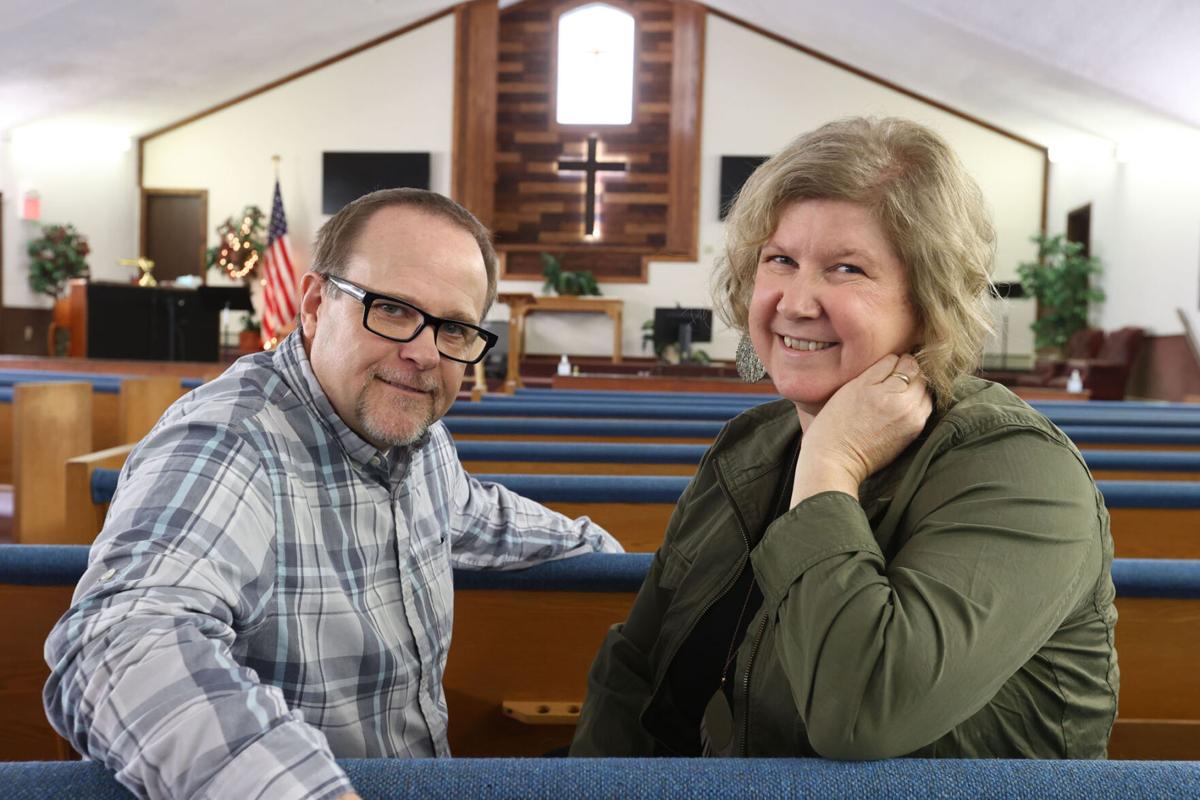 Steve Sherwood, pastor of Fairview Baptist Church, and his wife, Evelyn, were diagnosed with COVID-19 in November and had to be hospitalized. They are still struggling with issues related to it. 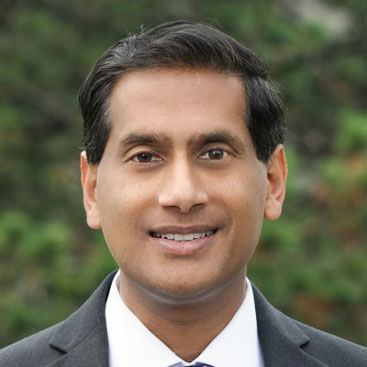 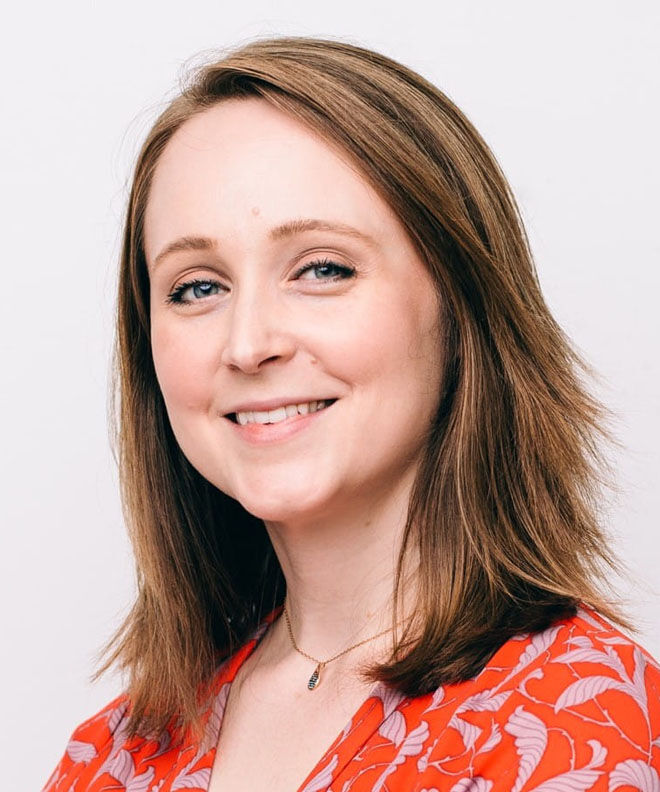 Six months ago, Kokomo residents Evelyn and Steve Sherwood were a healthy and active couple.

Whether remodeling their home or playing hide-and-seek with their eight grandchildren, the pair was always on the move and didn’t seem to let anything get in their way.

These days, the Sherwoods have to take occasional breaks while doing simple tasks such as tending to their house or yard.

A year ago, Indianapolis resident Jordan Updike was running an eight-minute mile with ease.

These days, he’s fortunate to run one in 12 to 14 minutes, while his heart and lungs are working twice as hard to keep up.

The three are part of a larger global community of COVID-19 “long-haulers,” a medically classified term describing men and women who were diagnosed with COVID-19 but did not recover in the typical two- to four-week timeframe.

And though their experiences may be different, the Sherwoods and Updike both have the same unanswered question.

After being released from the hospital last November following pneumonia and COVID-19 related issues, the Sherwoods were determined to return to normal life as quickly as possible.

“I think we were just running on adrenaline and just thankful and happy to be home,” Evelyn said.

But the couple didn’t realize that their nightmare was just beginning.

“And then for a month, people had to bring food to us,” she said. “Our daughter came and made a lot of single-serving meals where all we had to do was pull it out and eat it. We just didn’t have any energy. We called it the ‘sloth shuffle’ because we literally went at the slowest pace. I remember those first couple weeks, just taking a shower, I had to put oxygen on before I could do my hair.”

Then came other problems such as blood clots in Evelyn’s lungs, hair loss and Steve’s “brain fog” moments where he just couldn’t find the right words to say, issues the Sherwoods still struggle with five months after their diagnoses.

“We’ve had days where we just sit down in the chair and weep together because things are not how they were before,” Evelyn explained. “I used to jump on the trampoline with my grandkids, and I want to do that again. … So we grieve, and we’re real about it. It’s probably the darkest thing we’ve ever faced, but we know we’re not in it alone.

“I did have a day where I wrestled it out with God and had to come to grips,” she added. “There are things in life that I cannot control, but what I can control is my attitude toward them and how I choose to walk through them. … At this point, I can’t look too far into the future because I’m just lucky to be alive today.”

Updike remembers being on a train headed to Chicago when he developed a massive eye infection.

It was early March 2020, and the COVID-19 pandemic was just becoming a reality in the United States.

Having already been struggling with what he describes as a severe cough, Updike said he went to a nearby medical clinic, where doctors told him he more than likely had influenza.

“But long story short, I just didn’t stop coughing,” he said, “ … The cough kept getting so bad that at one point, my doctors started getting concerned that it was COVID. … And I probably spent mid-March through April 2020 just trying to get tested and taking medicine to try to contain the cough.”

It was a cough that didn’t go away either, Updike noted.

Instead, it lingered for months, through the summer and into the fall.

Along with the cough, new symptoms developed such as brain fog and breathing issues.

“For the first time in my life, I’m having difficulty spelling or catching spelling errors,” Updike admitted. “I spent last summer getting winded just going up and down stairs. I had difficulty sleeping, and I didn’t get a lot of that controlled until last winter.

“To this day, I still can’t breathe in the way I did before,” he added. “My heartrate is 20 beats per minute higher than it was a year ago. And while it may not be a direct symptom, the mental health of feeling like you’re not able to breathe before you’re 40 years old has been no small thing. This has absolutely changed my life, and I just wish I knew the answers.”

Those answers, according to doctors, scientists and other medical researchers, will hopefully come with time.

Dr. Natalie Lambert, associate professor of research at Indiana University School of Medicine, knows there is a million-dollar question out there as it pertains to COVID-19 long-haulers.

“It’s actually more like a billion-dollar question,” she joked. “ … Why does one person become a long-hauler and another doesn’t?”

That question — along with other curiosities — led Lambert to conduct a research study with an online community of long-haulers called “Survivor Corps.” The findings of that study will even be highlighted in an upcoming medical journal, Lambert noted.

For the study, Lambert conducted a Facebook poll with over 5,000 participants who answered questions about what symptoms they were still struggling with weeks or even months after their COVID-19 diagnosis.

“The findings were amazing,” she said. “What was clear very early on was that the stories that people were sharing were not matching up with the official information from the CDC. … And we found that people in that group reported 98 symptoms that were lasting long term. At the time, the CDC had only listed something like 12 to 14.”

So when people with long-term COVID-19 issues went to their doctors with symptoms that weren’t on the CDC list, some doctors were baffled with how to help them, Lambert added.

“If you’re just looking at 14 symptoms instead of 98, you’re not necessarily going to be able to give them the help they need,” she said. “ … So if we understand what the symptoms are, when they’re happening and which ones are causing the most problems, we can plan on when scanning should happen at doctors’ offices. We can then prioritize which ones of the symptoms are long lasting and make it hard for people to function. Those are the ones that would get medical treatment first.”

Dr. Ram Yeleti, chief physician executive for Community Health Network, said he has his own theories when it comes to COVID-19 long-haulers.

Yeleti said doctors and scientists are also beginning to notice a pattern when it comes to the demographics of long-haulers.

“I think it’s actually the younger age group,” he said, “the ones between 20 and 50 years of age. … That’s why we tell people like college kids or people in their 20s to 40s that you might not be hospitalized and die from COVID, but you could potentially have long-term symptoms. … And those problems could become chronic because we don’t know yet if these issues are permanent or could possibly subside over time. So that’s a big concern of ours right now.”

And because there is a potential for those chronic issues related to long-haulers, both Lambert and Yeleti said the implications for long-term care are huge.

“One of the big questions that a lot of researchers are concerned about is what is the damage that we’re seeing done to different organs in the body through COVID-19 and in these cases of long-haulers?” Lambert said. “Is it repairable? Is it not? We don’t know. … So it’s important for workplaces to recognize long-term COVID as something that some people might need to have accommodations for.

“There are many paths to COVID, and there are many different looks of a COVID long-hauler,” Lambert added. “So we need policies that are just really inclusive of a really wide range of ways that COVID can impact health, perhaps for the rest of a person’s life.”

And that’s why it’s critically important, the doctors noted, to protect yourself from becoming a long-hauler in the first place.

How is that possible?

“It kind of sounds silly or obvious,” Lambert said, “but the best way to not become a long-hauler is just to not get COVID in the first place.”

Since the early days of the COVID-19 pandemic, the CDC and other health organizations have put out protective guidance against the virus, like wearing masks, washing hands, covering coughs and sneezes and practicing safe social distancing.

And with the COVID-19 vaccine rollout that’s been sweeping the country for several weeks, there’s an even greater hope now that the world’s beating this virus.

But those safety and preventative measures, Lambert and Yeleti explained, really only work if you follow them.

Lambert echoed Yeleti’s sentiments, adding that she feels “COVID-19 fatigue” is a real concept, but people can’t let their guards down now.

“We’re not there yet,” she said. “So we still have to wear our masks, social distance, wash our hands, all that stuff. People that I’ve talked with that are long-haulers, many of them have been extremely ill for over six months or even up to a year, and we don’t know if we can help them or what therapies to give that will make their struggles go away right now. So it’s really worth it to wear that mask and get that vaccine when you can. I also recommend long-haulers to get the vaccine as well, or at least talk to their primary physician about it. “

Hope on the horizon

And while those safety measures will hopefully prevent future long-haulers, Lambert and Yeleti said there is hope for current long-haulers as well.

“I think with the vaccination and less people having the ability to become long-haulers, the most exciting thing is that hopefully we’re going to see the peak of long-haulers now,” Yeleti said. “Another thing is that since we recognize there’s a syndrome, there’s a lot of research around the world dealing with this very issue. So we’re kind of shifting from the direct pandemic and immediate issue of getting COVID to now helping those who have had it and are still struggling.

“So for me, it’s exciting that we’re going to have more time and resources to dedicate to better understanding long-haulers and how we can better take care of them,” he added.

And you can already see it too, Yeleti noted, referring to post-COVID clinics that are popping up all over the country, including here in Indiana.

“I think people need to appreciate the fact that the scientific community can come up with a vaccine in less than 12 months, and that’s all because of the worldwide collaboration of so many people,” he said. “I think the ability for that immediate communication has been phenomenal. And I think as we now pour that research and knowledge into long-hauler syndrome, the end results will hopefully be phenomenal too.”