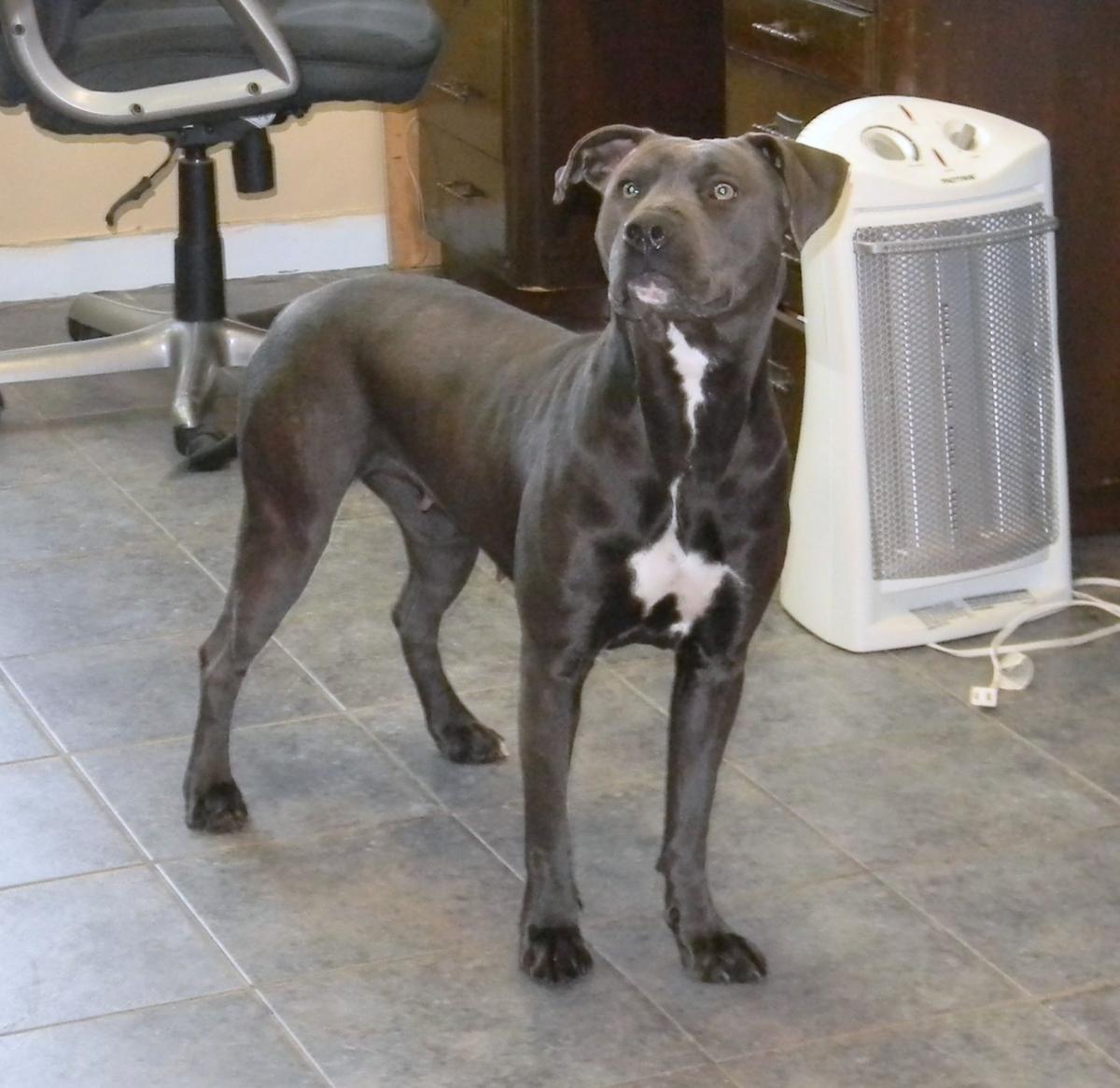 Blue, a pit bull brought to the Kokomo Humane Society as a stray, went missing from a Galveston, Texas backyard about 7 months ago. Provided photo 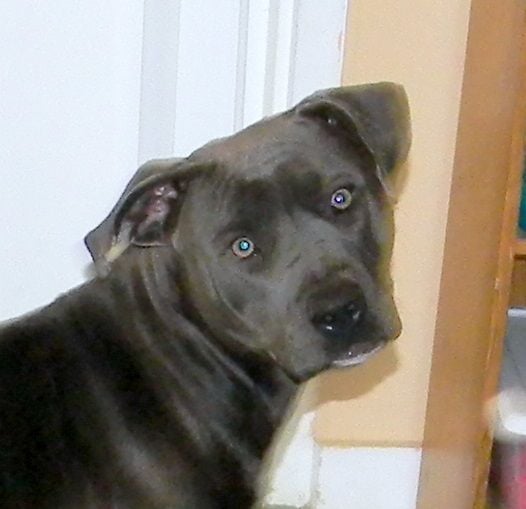 Galveston, Texas, resident JoeAnne Navarro was delighted to learn her dog, Blue, had been found in Kokomo. Provided photo

Blue, a pit bull brought to the Kokomo Humane Society as a stray, went missing from a Galveston, Texas backyard about 7 months ago. Provided photo

Galveston, Texas, resident JoeAnne Navarro was delighted to learn her dog, Blue, had been found in Kokomo. Provided photo

Meet Blue. She’s a pit bull who’s a little over a year old. And somehow, over the last 7 months, she traveled more than 1,100 miles from Texas to Kokomo.

Now meet JoeAnn Navarro. She lives in Galveston, Texas, and is Blue’s owner. For the last 7 months, she’s been frantically searching for her lost dog who mysteriously went missing in May.

But the two won’t be separated much longer. Blue should be home in Texas with Navarro next week.

It all started on May 26, when 69-year-old Navarro said she suspects someone stole Blue, along with her other pit bull named Maggie, from her backyard in Galveston.

Navarro said there’s no way the dogs jumped the fence, and the gate was latched and shut when she discovered the dogs were missing.

Right away, she made the rounds to the animal shelters and vet clinics, but the pit bulls were nowhere to be found.

Over the months, Navarro said she kept an eye out for Blue and Maggie, hoping they might turn up.

“Every time I passed somebody’s yard, I always looked to see if maybe they were there,” she said. “I couldn’t eat. I couldn’t sleep. I just wanted Blue home.”

As time passed, Navarro began to give up hope she’d ever be reunited with her pit bulls.

But on Wednesday, she received a phone call from the Kokomo Humane Society. They had Blue, and she was healthy and safe.

“When the call came, I didn’t even look at my phone to see where it was coming from,” Navarro said. “When they said they were from Kokomo, Indiana, I said, “What! How did she get all the way up there? If only Blue could talk!’”

Karen Wolfe, executive director of the Kokomo Humane Society, said it was a stranger who dropped Blue off at the animal shelter on Jan. 6, saying the pit bull was a stray.

Wolfe said they had room at the shelter, so they took Blue in.

“She’s a beautiful dog,” she said. “You don’t like every dog you meet, but I liked Blue. She’s a sweet pit bull.”

Then they discovered Blue had been tagged with a tracking microchip. Wolfe scanned the chip, but found it hadn’t been registered, so she didn’t know where Blue had come from.

Wolfe made a call to the company who had produced the chip, and discovered it had been implanted in Galveston. The company also had Navarro’s contact information.

Navarro said she was ecstatic when she received the phone call from the humane society informing her they had Blue.

She said she couldn’t believe someone had found her pit bull and decided to take it to the shelter.

“I’m so happy somebody did that, because I didn’t want my dogs to be dead,” Navarro said. “I was always hoping they were safe, and if somebody did have them that they were in a good home.”

There was just one problem. Navarro lives 1,100 miles away from her beloved pit bull. After recently losing her job, she didn’t have enough money to make the 34-hour round trip drive from Texas to Kokomo.

That’s when she turned to Galveston County’s local newspaper, The Daily News. The paper published a story online Thursday about Navarro’s plight.

Instantly, donations began pouring in to help get Blue home to her owner.

Then on Friday, Navarro said she received the best news of all. A retired sheriff’s deputy whose aunt volunteers at the Galveston Island Humane Society offered to make the trip to pick up Blue.

“I just started crying when I heard that,” Navarro said. “I was so happy. I cry now just thinking about it."

The Kokomo Humane Society also pitched in to help Navarro, lowering their fee of $120 to $50, which includes shots and spaying.

Navarro said the volunteer plans to pick up Blue on Friday and transport her back down to Texas.

“I can’t even think straight. I’m so flabbergasted that I’m going to get Blue back,” Navarro said. “It’s just a miracle.”

So how did Blue end up in Kokomo in the first place? Wolfe said it will likely always be a mystery.

“I hope she remembers me,” she said. “It’s been so long, and she was a puppy when she left and now she’s an adult. I’m going to be so excited to see her. I can’t even explain how I feel right now.”

Anyone who would like to donate to cover fuel and expenses for the Galveston volunteer driving to Kokomo can contact the Galveston Island Humane Society at 409-740-1919.

Anyone who would like to donate to cover fuel and expenses for the Galveston volunteer driving to Kokomo can contact the Galveston Island Humane Society at 409-740-1919.

The week leading up to Karen Wolfe’s first day as the executive director of the Kokomo Humane Society was trying to say the least.