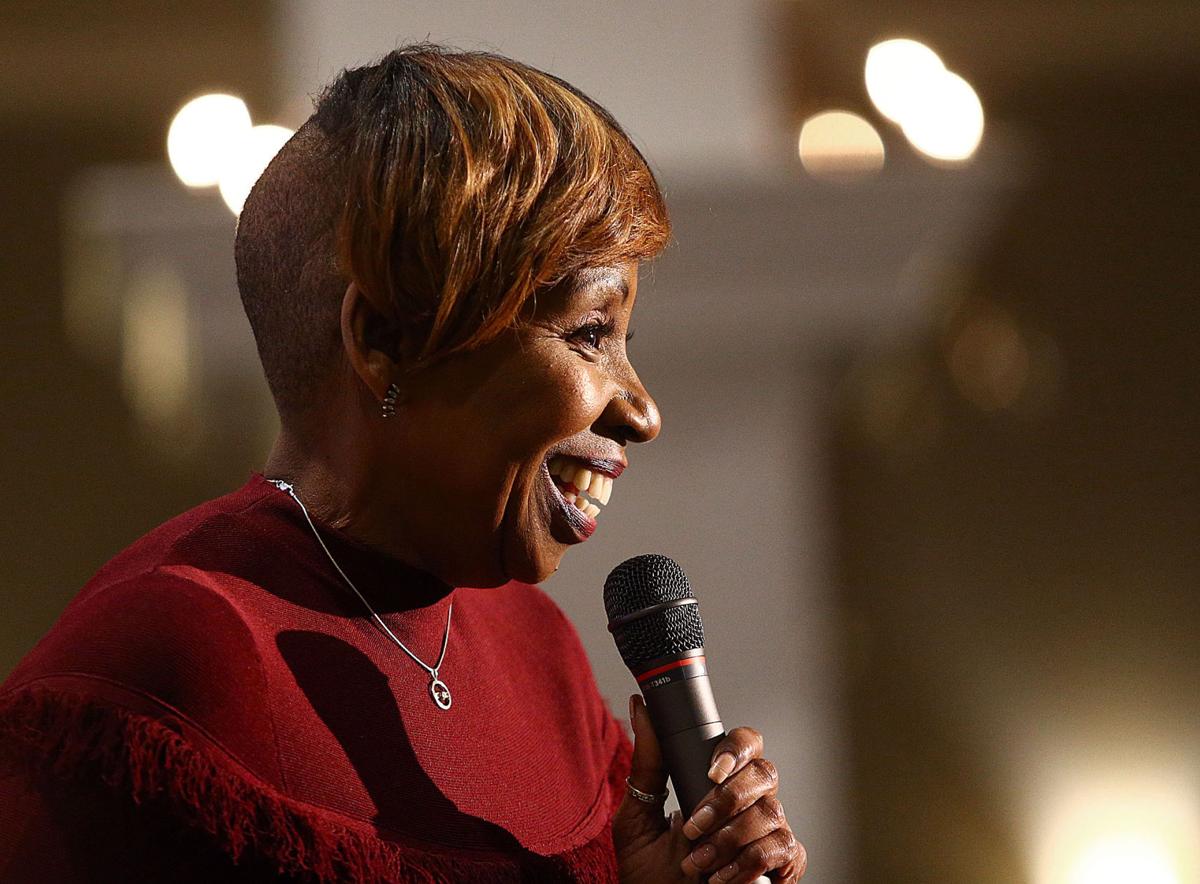 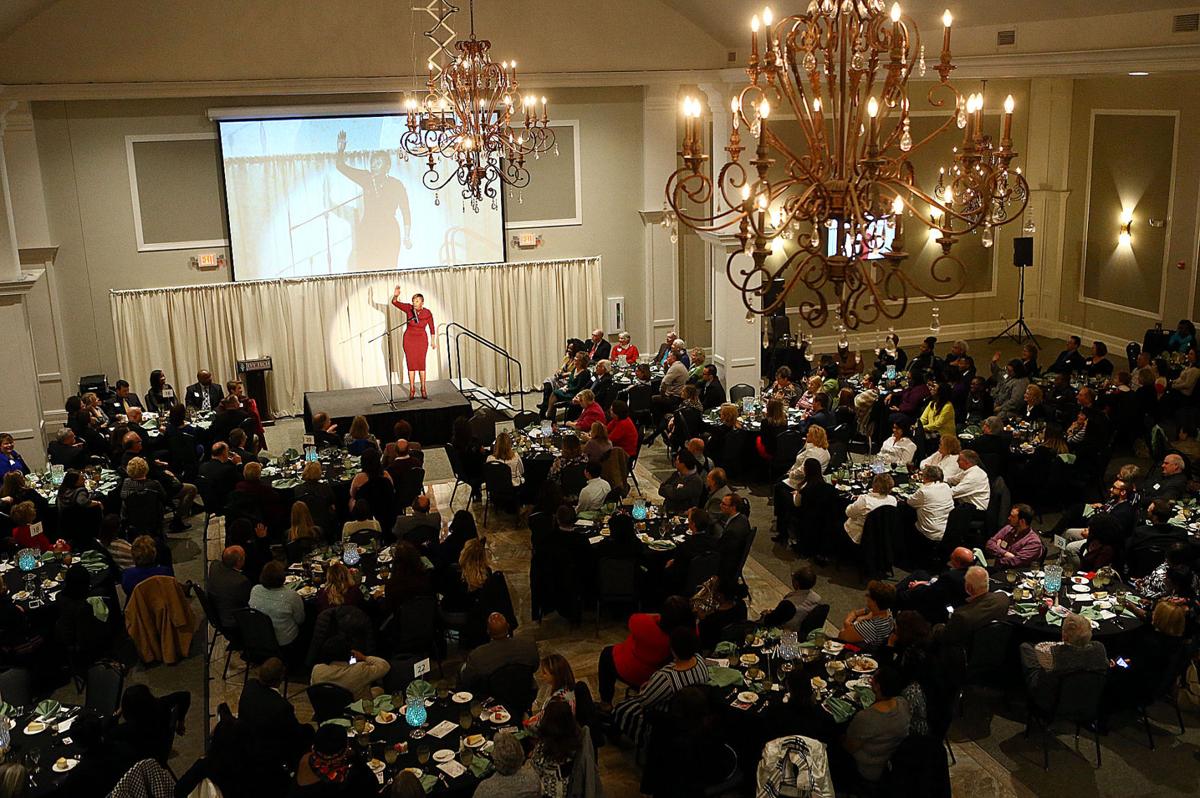 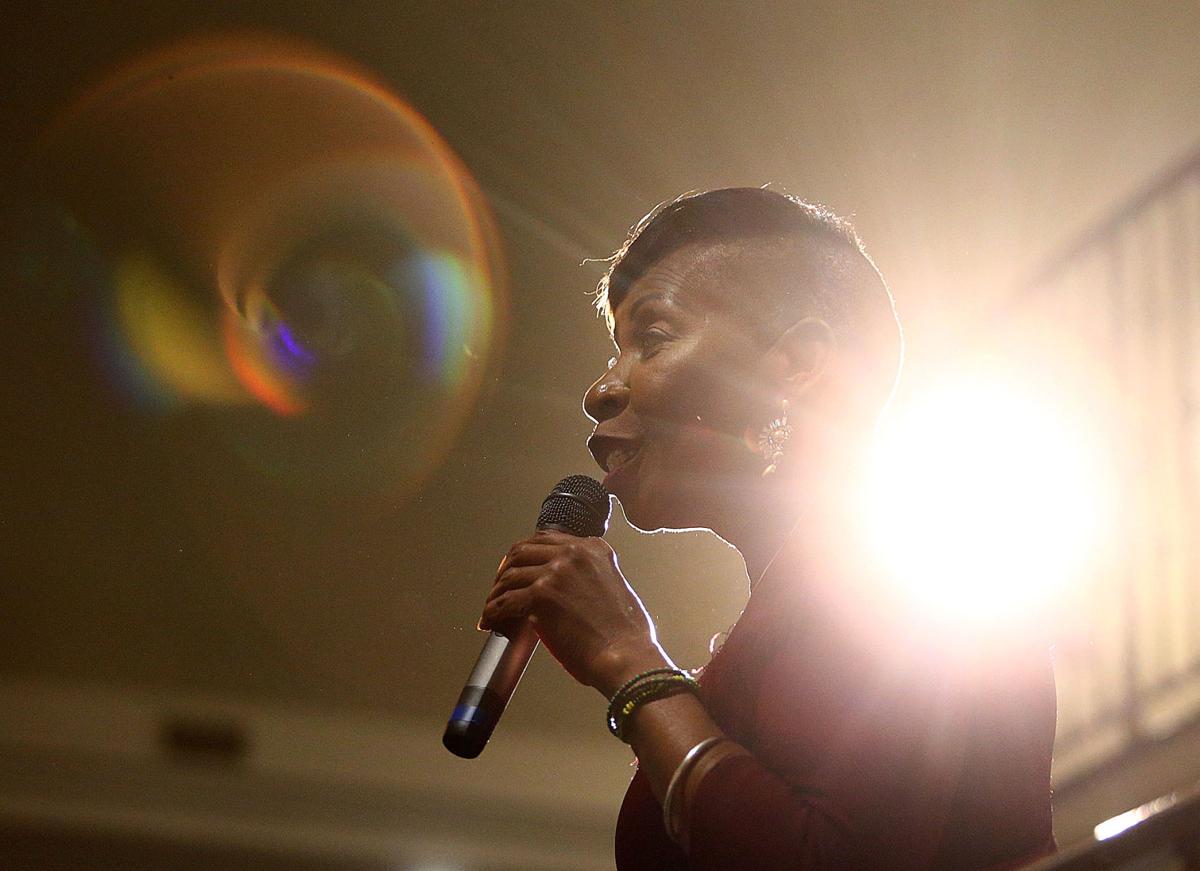 KOKOMO - Iyanla Vanzant demonstrated why she has become a popular inspirational speaker Thursday night when she was part of Ivy Tech Kokomo’s annual “Doing the Dream” event to honor Martin Luther King Jr.

Vanzant, who has written several books and appeared on the Oprah Winfrey show, began by walking and dancing down the Bel Air Events staircase to the song “Takin' it to the Streets,” by the Doobie Brothers.

Vanzant asked the audience to hold hands and just breathe.

“I want you to become conscious for a moment of the life that’s in your hand,” she said. “We call it holding hands, but really you’re holding a life.”

The Brooklyn, New York, native talked about her childhood and growing up in a variety of cultures, with black, Cuban and Native American influences. The one culture she didn’t connect with as a child, she said, was white culture. She said when she was younger she was a member of the Black Panthers, a black activist group, and she said for a long time she hated white people.

She shared a story of going to a tent meeting for a church group where she was the only black person. The minister asked people to share with the crowd, and as people asked for forgiveness, she said she found herself walking to the front of the group. When the minister asked what she wanted to be forgiven for, she told them she hated white people.

She said several men came and kneeled in front of her, asking her to forgive white people.

“In that moment, I recognized we’re all one,” she said.

She said people need to be concerned about others around them, as King advocated, and she added that the world needs healing when it comes to understanding people of different backgrounds.

“We need to learn to serve without the expectation of reward or recognition,” she said.

At the end of her speech, she took questions from the audience. She was asked for advice on how to have difficult conversations about race issues.

Those conversations probably will be difficult, Vanzant said, but it’s important to ask people to have open and honest talks about race, and it’s important for people to understand that people of different cultures and experiences will react differently to different situations.

“Don’t expect people of color to react the way you would,” she said.

Wendy Ndichu, a member of the Black Student Union at Ivy Tech Lafayette, asked Vanzant what students could do to help society and change mindsets despite limited resources. Vanzant said Ndichu should never ask anyone what she should do, but rather seek advice and mentoring from people a few years older than she is.

Ndichu was able to meet Vanzant after the speech, and she said it was inspirational to hear from and talk to someone like Vanzant.

“I suppose my inspiration [for asking my question] comes from seeing somebody who looks just like us,” she said. “A black woman, who’s made it, who has succeeded, it sort of just gives you an encouragement that you too can do it.”

To Ndichu, Vanzant’s message was about doing what you can with what you have.

“This is a frequent feeling that I have, that I don’t have the resources that I need to impact people, to be a positive impact, to be any sort of impact, but her words were about doing what you can with what you have,” Ndichu said. “It gives you no excuse. And don’t ask anybody anything of how you’re going to do it.”