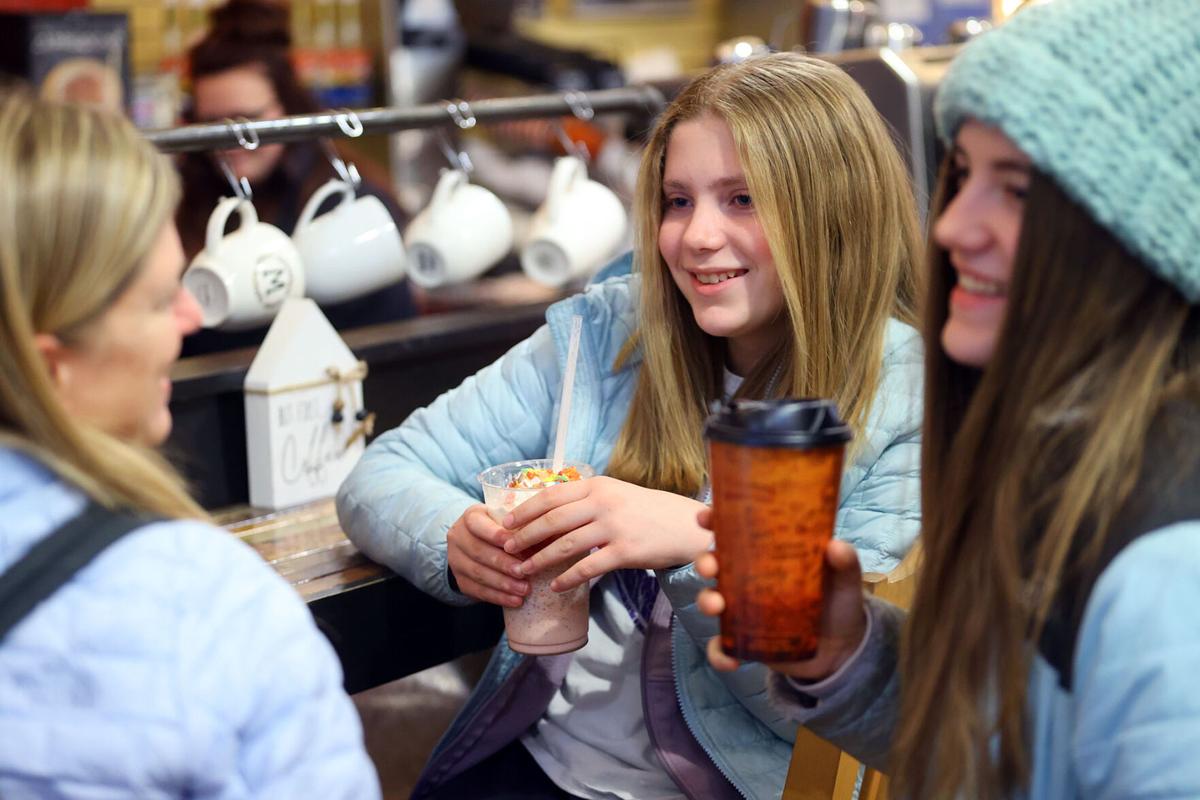 Miley Schoolman, 11, center, laughs with her mom, Jodi, left, and sister, Karsyn, right, in between sips of her Candy Land Frappe, the drink special at MO Joe Coffee, on Friday. Mo Joe’s is now owned by the Hintz family. 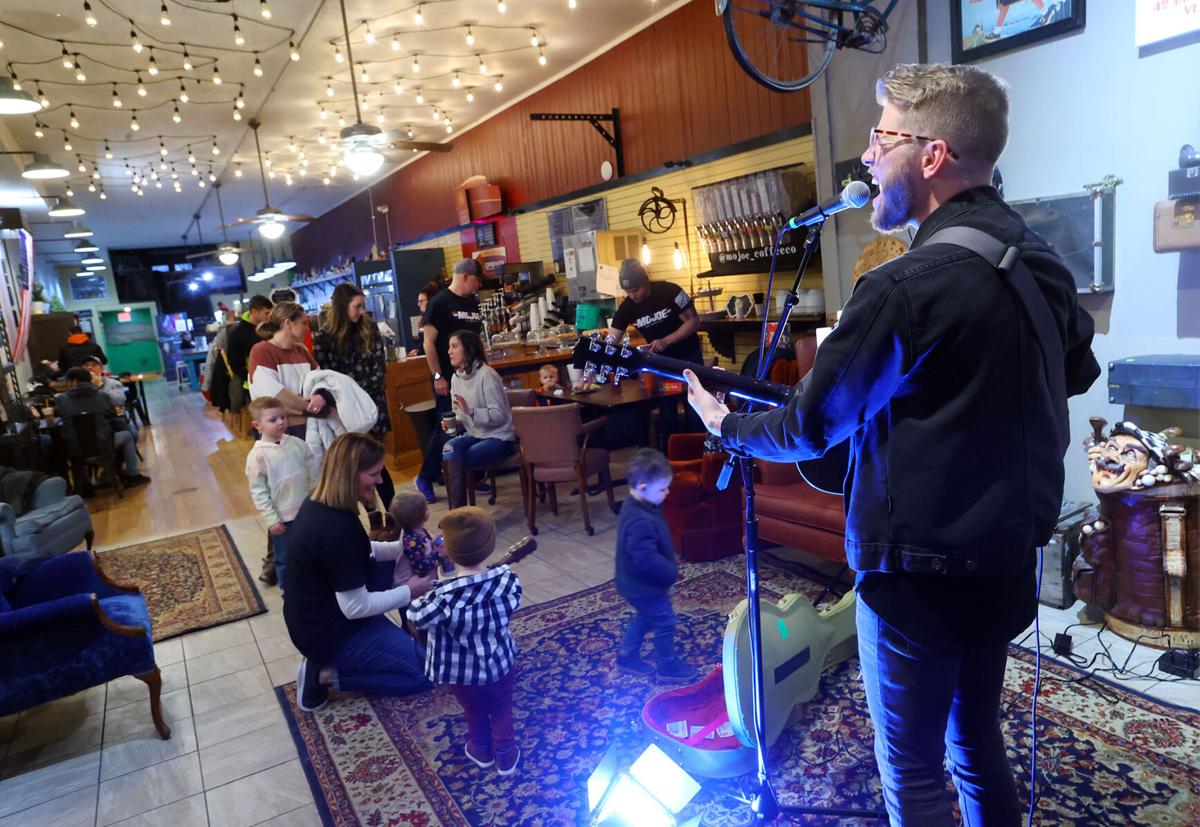 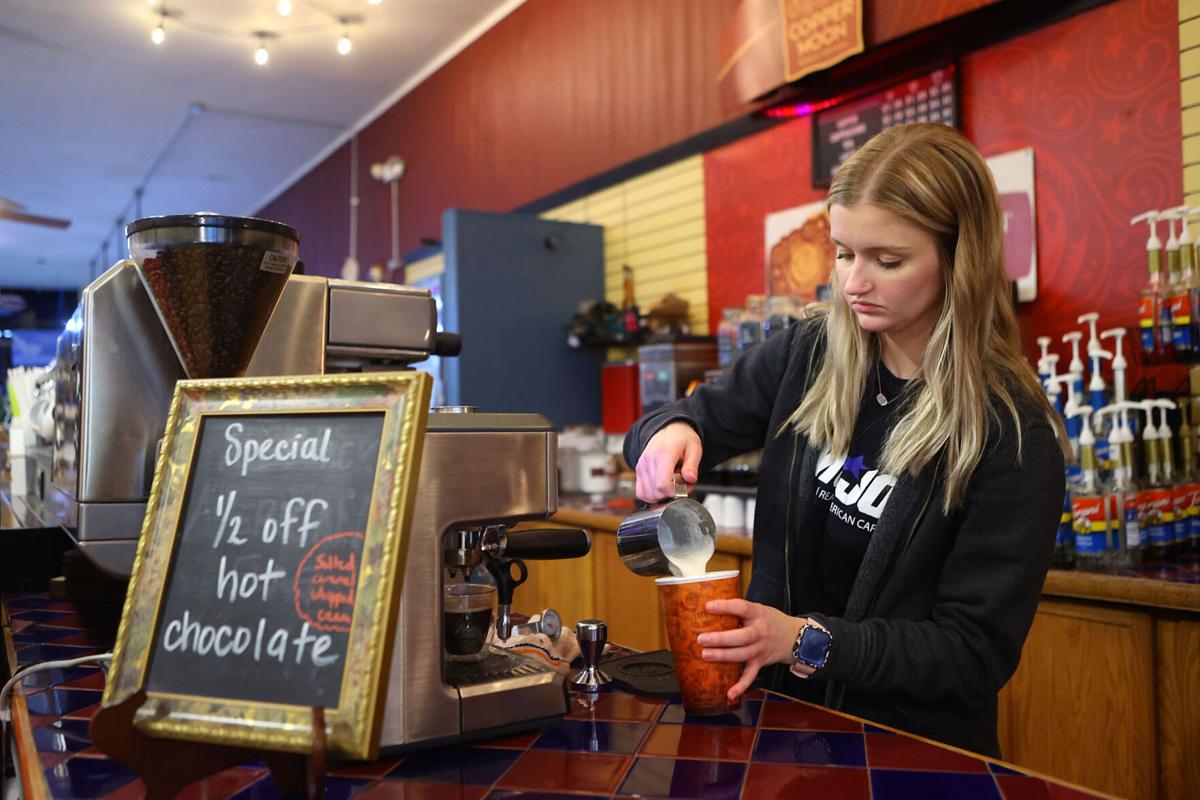 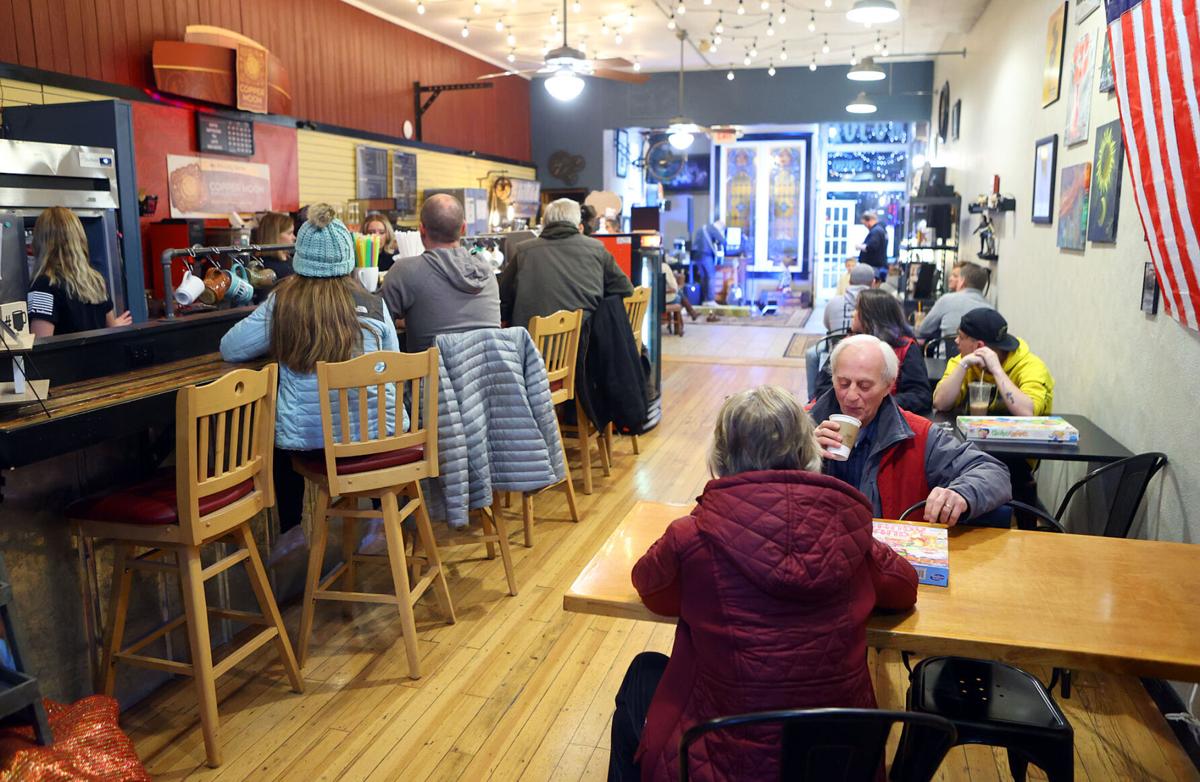 Guests sip on hot drinks at MO Joe Coffee, which reopened under new ownership on Friday. 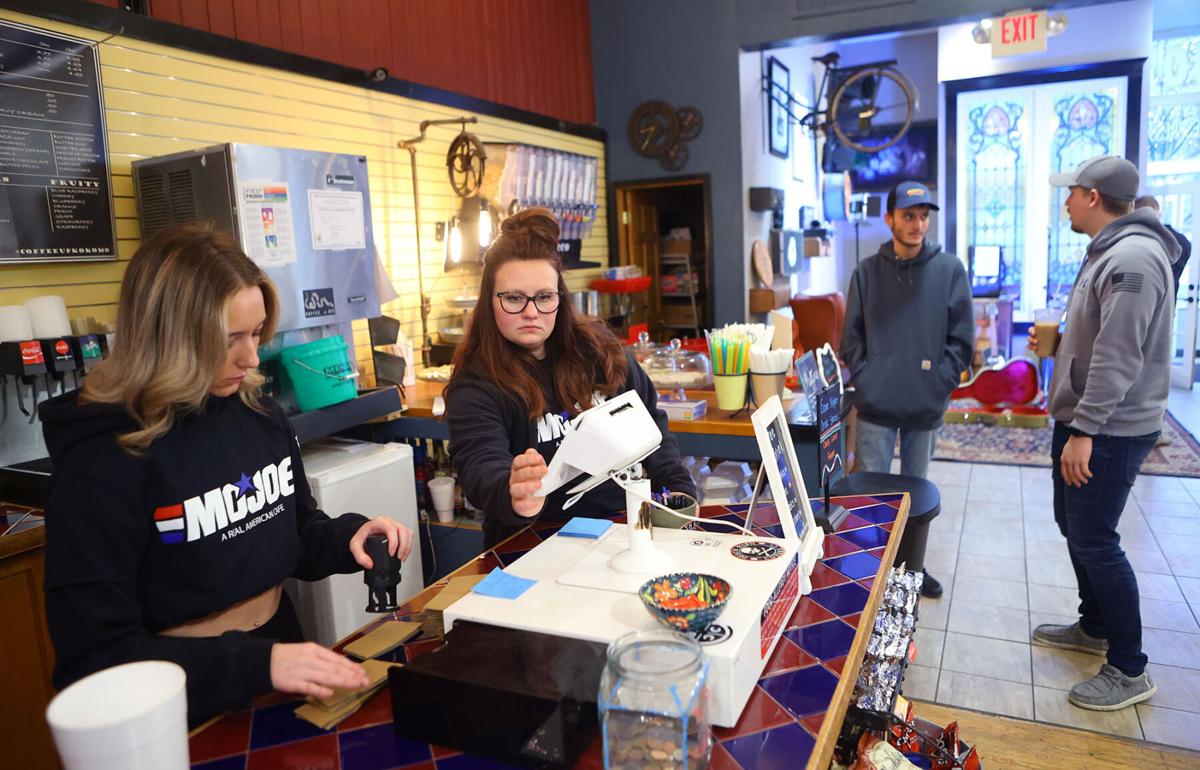 Miley Schoolman, 11, center, laughs with her mom, Jodi, left, and sister, Karsyn, right, in between sips of her Candy Land Frappe, the drink special at MO Joe Coffee, on Friday. Mo Joe’s is now owned by the Hintz family.

Guests sip on hot drinks at MO Joe Coffee, which reopened under new ownership on Friday.

The smell of coffee and the hum of conversation greeted people as they walked in and out of the door of MO Joe Coffee House last week.

Standing a few feet away, Kokomo residents Troy and Jill Hintz smiled and hugged some of the individuals gathered inside.

It’s been a whirlwind two weeks for the couple.

In late December, the Hintzes — including their son, Ryan, and daughter, Emma — purchased the business, formerly known as MO Joe Coffee Co., and they officially opened up to the public Friday.

Both Troy, a sergeant with the Kokomo Police Department, and Jill, who works at Abundant Life Church’s Peru campus, admit that they never necessarily saw themselves owning a coffee shop at this point in their lives.

But when the opportunity came knocking, they knew they wanted to jump on it.

That sense of community engagement will be a huge part of MO Joe Coffee House, too, Troy noted — whether that’s through donations to local charities or just providing a location that people can go for a good time.

And because Ryan, like Troy, is also a full-time officer with KPD, it will be Emma who will be the one leading a lot of the daily operations at the shop.

But in the end, it’s truly a family effort, the Hintzes said.

“We both came from very close families,” Jill said, trying to contain her emotions. “For me as a mom, it’s super cool to have something for my kids and for my grandbabies. It’s something that we can do together. … For all of us to be able to work together and have something to pass down … they’re hard workers. They’ve always been hard workers, so I enjoy that they know different people that we know, and we can all be in here and just learn from each other and just spend some time together.

“It’s been fun, too, because the minute we said this is something we wanted to do, they (Ryan and Emma) were on board 100%,” she added. “No questions asked.”

And in the age of chain stores that may not always remember your name, the Hintzes said that they have only been open for a short time but already have “regulars.”

“It’s just about personalization and that touch,” Jill said. “… There was a guy in here this morning, and the girls that work here already know how he likes his coffee. You don’t always get that when you’re just going through a drive-up somewhere. They don’t know you from the person in the next car, but we want it to be a personal visit. … When people walk in, we know who they are. This guy likes his coffee with this, or there is a couple that come in and want this. I just think you miss that in a big corporation.”

Troy agreed with his wife, adding that he also appreciates that MO Joe Coffee House is in downtown Kokomo, what he calls the “hub” of the city.

“For me, it’s the history here,” he said. “I’m a history buff at heart. I love old history. … That’s what downtown is in this city. I feel like this is the biggest part of the history in this city. Everything kind of starts and stops here downtown. Just the foot traffic and the First Fridays and the festivals that go on here. And just to be able to be down here in the thick of that, working with all the people in the courthouse and the local banks, seeing people we know, I just think it’s neat.”

And though they’ve only been the owners of MO Joe Coffee House for a short time, the Hintzes said they’re already excited for the future.

“We’ve poured our heart into it,” Troy said. “The entire family is pouring their heart into it, and we just want to try and bless the community. So we just invite people to come on out and relax, have a good cup of coffee and just have some fun in the process.”