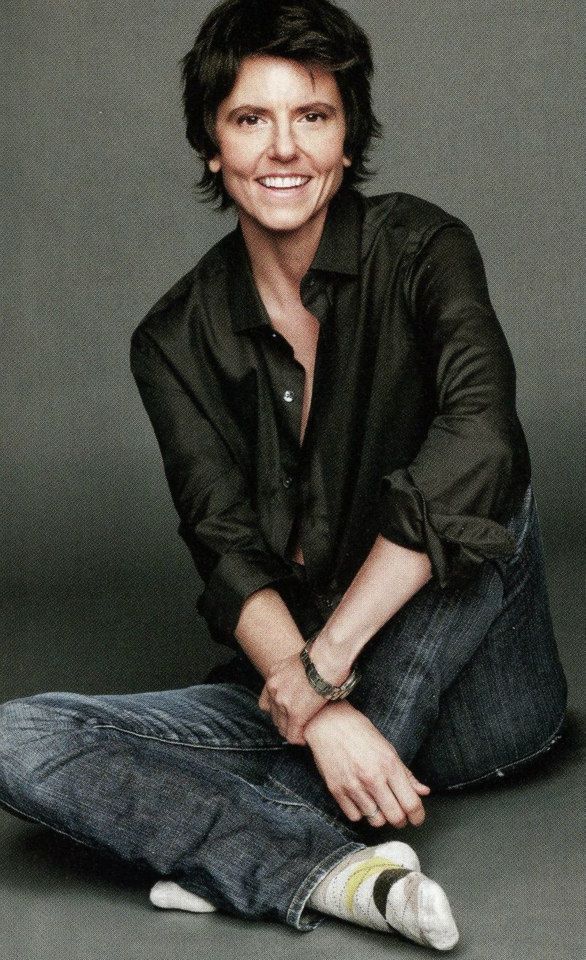 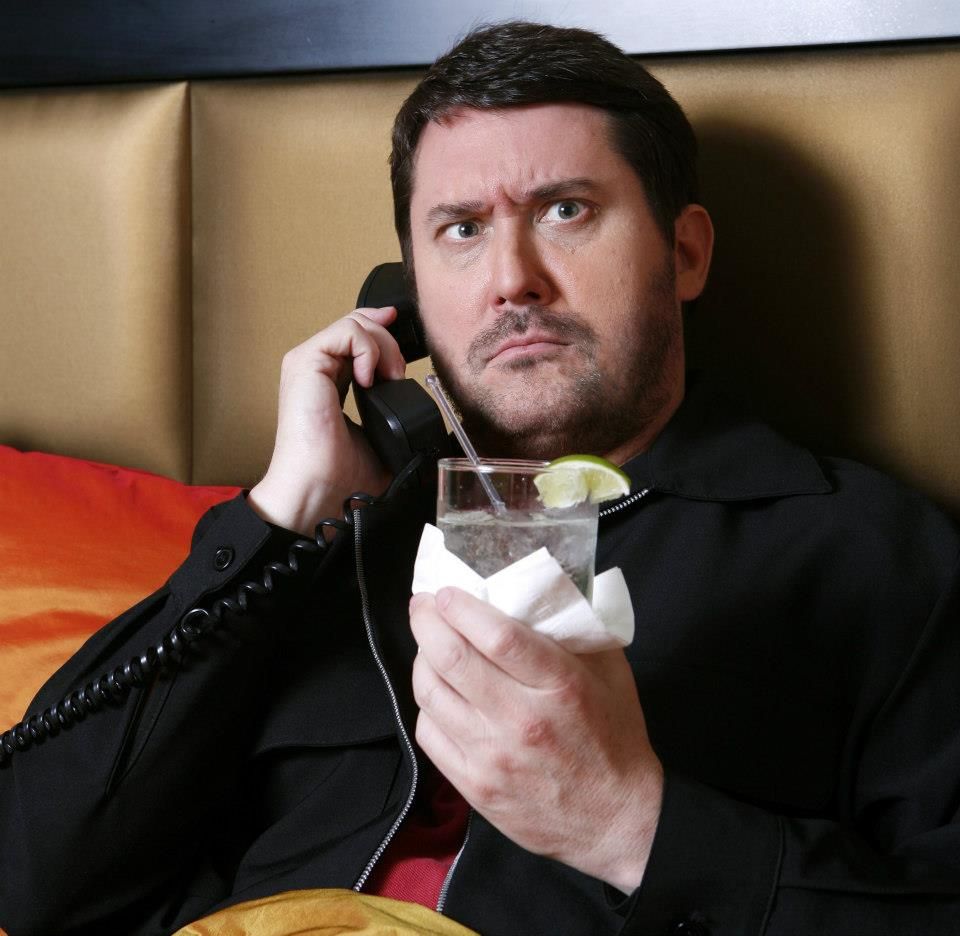 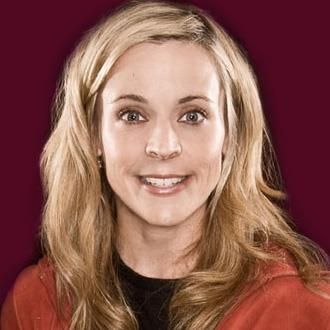 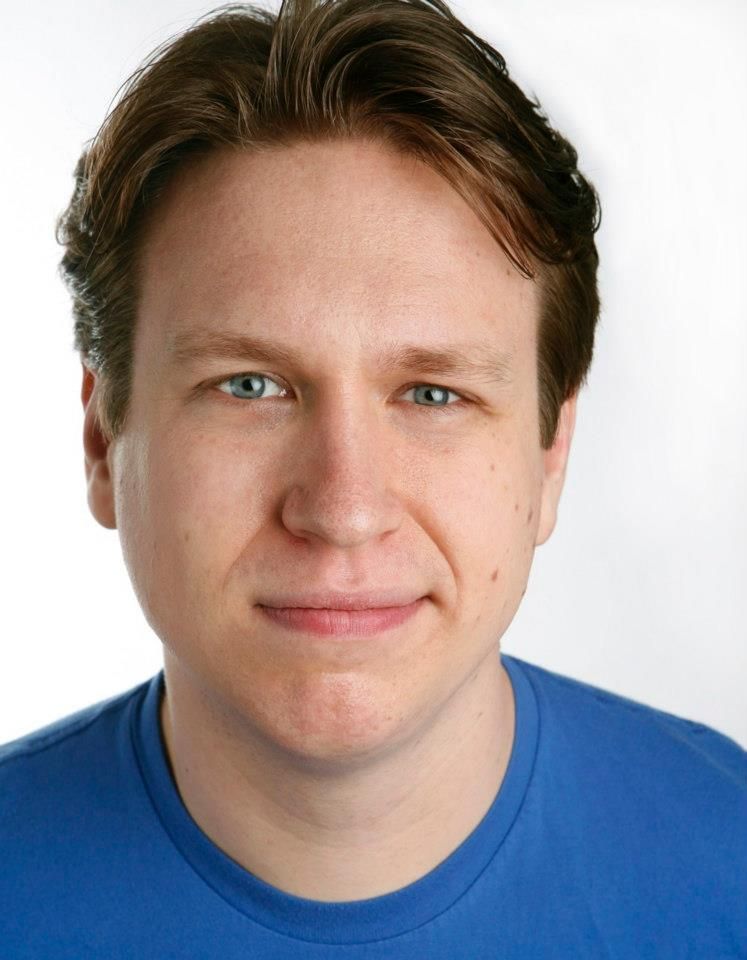 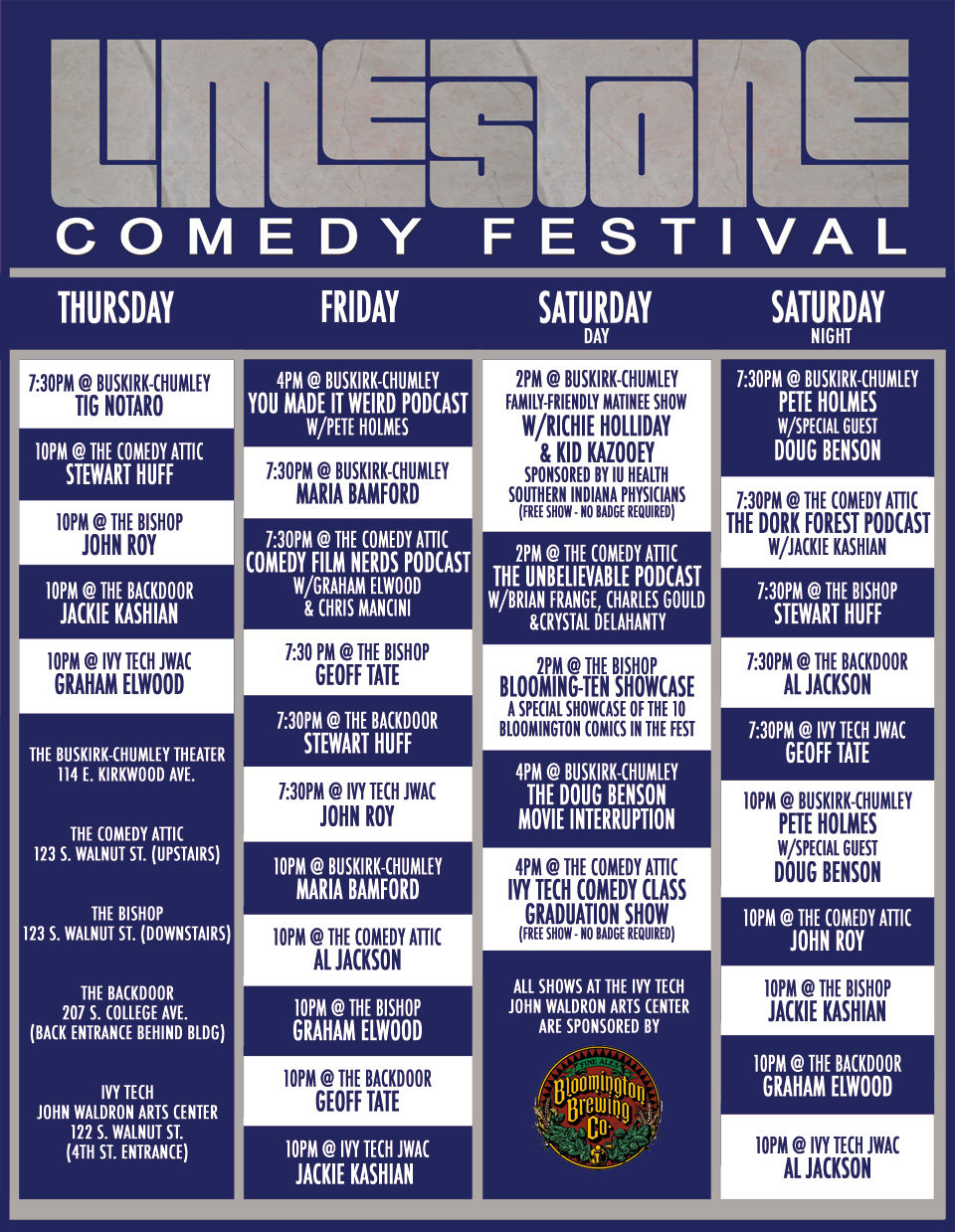 Four titans of comedy along with more than 40 other comedians are set to descend upon Bloomington in June for the inaugural Limestone Comedy Festival, which is being described by organizers as “Indiana’s first and only comedy festival.” Headliners will include Tig Notaro (“The Sarah Silverman Program”), Maria Bamford (“The Comedians of Comedy”) Doug Benson (“Super-High Me”) and Pete Holmes (“You Made It Weird”). Mat Alano-Martin, festival director, said there have been comedy contests in Indiana before — including ones at Morty’s Comedy Joint and the Bloomington Comedy Festival. However, he said this would be a first for the Hoosier state in bringing headliners to multiple venues at one event. He said the reason Bloomington was selected was simple.

“This festival would not work without The Comedy Attic being what it is and the reputation that it’s built over the four years that it’s been around,” he said. “It’s just so well respected in the comedy industry. … We’re kind of an extension of The Attic in a way, but then also, Bloomington is just a great town.”

Alano-Martin said the bonds built during that time fueled the selection process for the prestigious list of comics booked for the festival.

“We started throwing out people who we really respect and like and think are best out there,” he said. “A lot of it comes back to this idea that almost all of those performers have a personal relationship with The Attic. They’ve come here before. They’ve performed. They liked doing it. As [it’s] our first year, we’re starting with our friends.”

A unique feature of the festival will be recordings of podcasts including “You Made It Weird”, “Dining with Doug and Karen”, “The Dork Forest”, “Comedy Film Nerds” and “The Unbelievable Podcast”. Alano-Martin said part of selling the festival to sponsors and potential attendees is explaining the podcasting format itself.

“Podcasts are like radio programs you can download on your computer, on your smartphone, or whatever,” he said. “There’s lots of different styles. ... The reason we wanted to include this is it’s just such an interesting way to see these performers. Because it’s not them doing their stand-up material. … We kind of describe to people that it’s a long-form interview, not unlike you used to get with people like Dick Cavett.”

“[This] is a pretty standard thing in comedy festivals,” he said. “We have a five-person review panel watching all the submission clips, all the videos. … These are people who are going to opening all the shows. You’re getting a lot of professionally-working comics, they just haven’t been on ‘Conan’ yet.”

“We wanted to do something for Bloomington,” he said. “We realize there are people who can’t afford the badge and we wanted to do something that was kind of giving back to the community. … Richie is a fantastic comic. He regularly works for the Carnival Cruise Lines. The comics on those cruise ships they have to be able to do a clean, family-friendly set every day and then they also to do a late night, more like a normal comedy club set. … So it’s specifically for families and younger kids ... and we wanted them to have a comedy show, too.”

Alano-Martin said individual tickets will go on sale in May, but will be extremely limited in number. He said the prices for the badges were set quite low given the amount of entertainment options available.

“For all the shows that you get, you wind up paying about $6 per show,” he said. “There’s like 28 shows, so you can’t see them all. Physically, you can only be in one place at one time. I think you can see about 12 shows, maybe. We wanted to keep it inexpensive, because we’re not doing this to make money. We’re doing this to put on a great festival. If we do make money we will put back into the festival for next year.”

Rob Burgess, Tribune night editor, may be reached by calling 765-454-8577, via email at rob.burgess@kokomotribune.com or on Twitter at www.twitter.com/robaburg.

• Who: Headliners will include Maria Bamford, Doug Benson, Pete Holmes and Tig Notaro, along with over 40 other comedians.

• Where: Bloomington. Headliners will appear at the Buskirk-Chumley, 114 E. Kirkwood Ave., and other comics will also appear at: The Comedy Attic, 123 S. Walnut St.; The Bishop Bar, same address; The Back Door, 207 S. College Ave.; and The John Waldron Arts Center, 122 S. Walnut St.

• Cost: $75 for festival badges. $125 for VIP access (which will include “reserved up-front seating for shows and exclusive after parties with the performers.”) A special hotel rate for the festival is being offered by The Courtyard by Marriott, located only two blocks from all of the Limestone venues, when using the promo code “LIMESTONE” while making reservations by phone at 812-335-8000. For more information, visit limestonefest.com or contact via email at limestonefest@gmail.com.