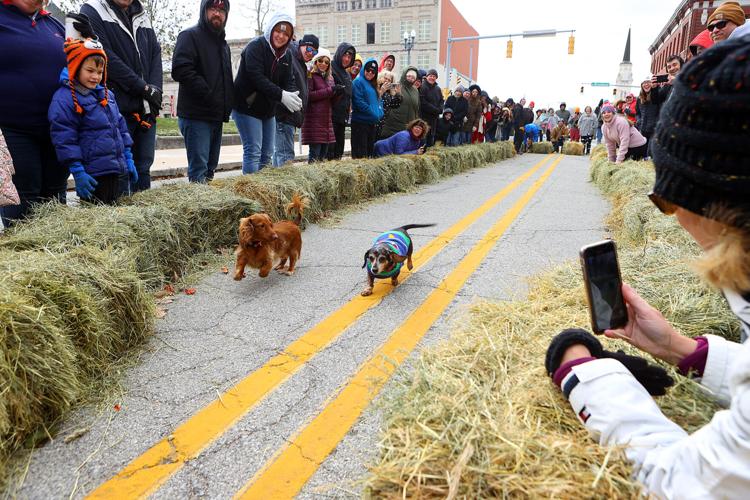 The crowd cheers on the dogs participating in the wiener dog races at the Peru Christkindlmarkt on Saturday. 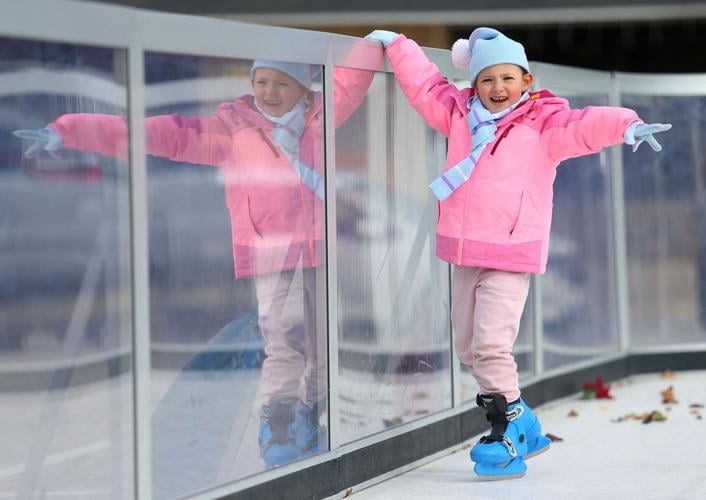 5-year-old Ainsley Spann skates at the Peru Christkindlmarkt on Saturday. 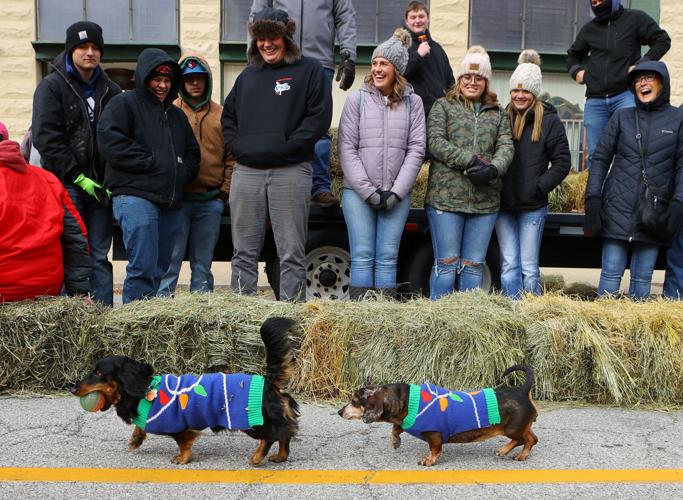 The crowd laughs as two of the dogs in the wiener dog race run in the opposite direction of the finish line during the Peru Christkindlmarkt on Saturday. 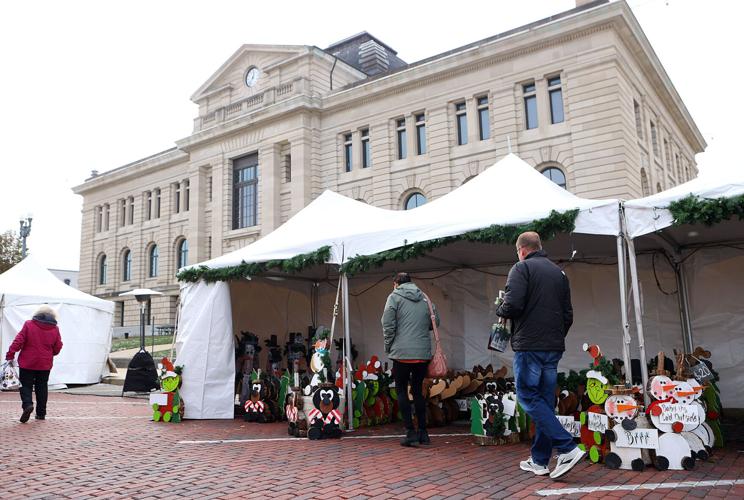 People check out the vendors set up behind the Miami County Courthouse during the Peru Christkindlmarkt on Saturday.

The crowd cheers on the dogs participating in the wiener dog races at the Peru Christkindlmarkt on Saturday.

5-year-old Ainsley Spann skates at the Peru Christkindlmarkt on Saturday.

The crowd laughs as two of the dogs in the wiener dog race run in the opposite direction of the finish line during the Peru Christkindlmarkt on Saturday.

People check out the vendors set up behind the Miami County Courthouse during the Peru Christkindlmarkt on Saturday.

PERU – Crowded in a large tent with lights and a sound system, audience members did their best to stay warm while Lisa van der Ploeg sang “Grandma got run over by a Reindeer.” There was something different about the familiar tune, though. A portion of it was in German.

The translated rendition was fitting, given the setting; van der Ploeg was booked as a performer at Peru’s Christkindlmarkt.

Outside, a light snow was chasing visitors at the German holiday market toward booths selling hot chocolate, crafts and schnitzel.

Jim Tidd, executive director of Miami County Economic Development, explained he was first introduced to Christkindlmärkte in Nuremberg, Germany. He spent 9 of his 23 years in the United States military stationed in Germany.

Later on, after witnessing Carmel’s Christkindlmarkt, Tidd figured Peru should be able to have its own Christmas market. Although Peru isn’t as large as Carmel, he added, there’s plenty of German heritage in the area.

Celebrating its third year of operation, organizers said the festival was bringing in out-of-town visitors from places like Noblesville.

Kathleen Plothow, a member of Peru’s City Council, said her favorite part of the festival was standing around the different fires that kept visitors warm and speaking with community members.

“We come out and gather around the fire and watch the kids run loose and freeze our rear ends off,” Plothow said.

There were two reindeer vying for attention at the market. Clarice, a reindeer from Silly Safaris Reindeer Reserve, toured the festival. But Holly Ward, who was dressed as Rudolph the Red-Nosed Reindeer, might have had more visitors.

Ward was selling spiced wine, which was served hot, alongside candles and sugar scrubs from JoJo’s Olfactory.

“I have had a wonderful time,” Ward said. “If you cannot be in the Christmas spirit with this snow and this cold, you have problems.”

Back outside, the snow was starting to pick up. More logs were placed in the various fireplaces and a group of people huddled around to find some warmth.

Just Pork, a Peru-based food truck, sold a variety of German dishes near the flames. Fittingly, the vendor was only selling pork options.

Some of the more popular options were schnitzel and currywurst (chopped sausage smothered in a curry ketchup sauce), said Marlin Ash, owner of the food truck.

He noted the similarities between schnitzel and the pork tenderloin that Hoosiers take pride in. The main difference between the two, Ash said, is schnitzel is pounded while tenderloins are tenderized.

The recipe for currywurst sauce, he added, came from a vendor who serves food at the Carmel Christkindlmarkt.

Stationed nearby, the Kokomo Men of Note sang barbershop quartet renditions of popular Christmas songs in front of the fire. The few who were able to withstand the buffeting draft of white flakes chuckled when the quartet broke into a defiant “Let it Snow.”

“If anybody would stand and listen to us in that snow that was hitting us in the face, it’s got to be the holiday spirit,” said David Hawkins, one of the singers. “It’s just good to see people out doing this kind of stuff and wanting to be part of this tonight because it’s cold.”

Although the singers did their best to find pockets between the tented merchants, they frequently returned to the warmth of the fire. The group said “Jingle Bells / Sleigh Ride” was their favorite Christmas song to perform.

One of the onlookers, Rick Woodall, was intrigued by the singers. Once he realized they were, in fact, singing in the style of a barbershop quartet, he approached the group and asked if they were opposed to becoming a quintet for a song. Woodall had been in a barbershop quartet society in Pennsylvania, he said.

He sang in the tenor range for a few minutes then, satisfied with his performance, walked away with a grin.

“It never leaves you,” Woodall said.