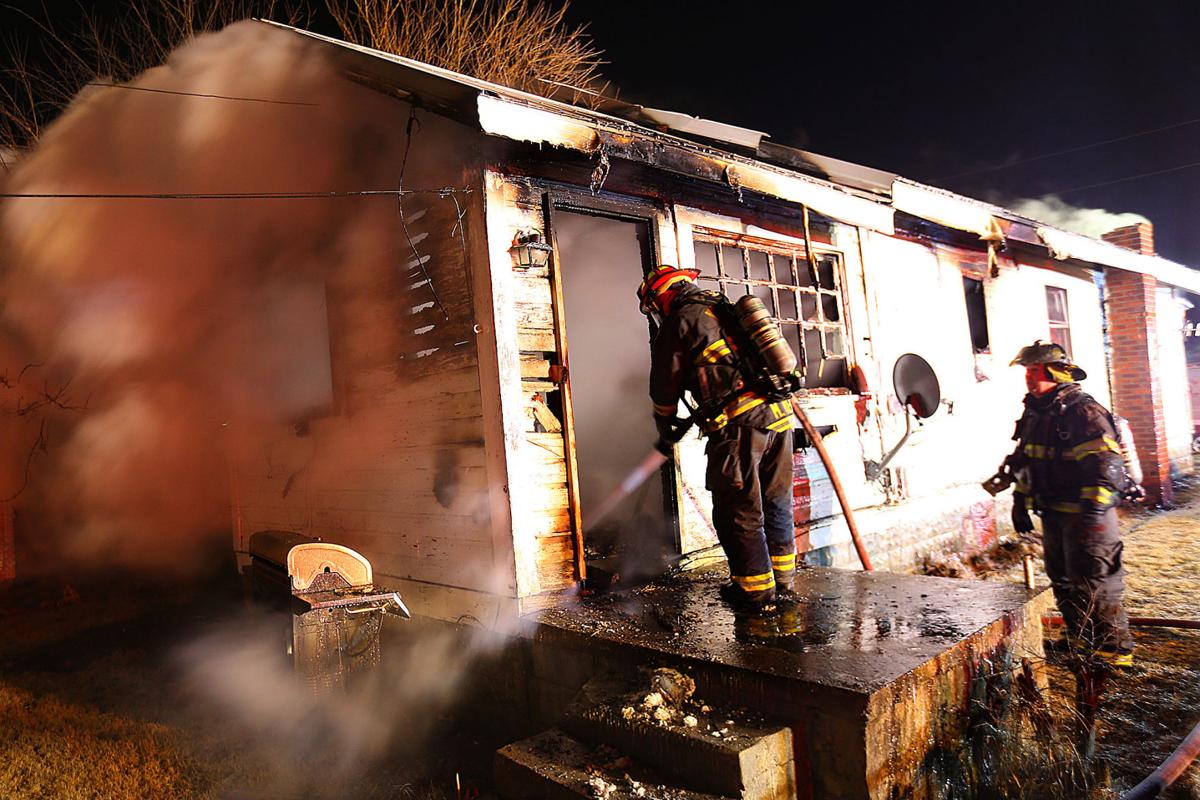 Kokomo firefighters had to battle more than just flames Monday at a serious house fire when a malfunction made portable radio communication impossible.

Radio communication problems have plagued first responders since switching over to the P25 radio system, according to authorities from various departments.

The issues have prompted Howard County officials to begin serious discussions with EF Johnson Technologies, the company hired to install and maintain the local P25 system, about how to resolve the persistent mishaps.

The P25 system, installed in mid-2017, was meant to ensure that responders who once carried three, sometimes four radios would see their load reduced to one simple piece of equipment connecting them to any P25 compatible radio system throughout Indiana.

That has not happened.

According to a Kokomo Fire Department (KFD) fire report, when firefighters were battling flames at a house fire at 916 E. Firmin St. early Monday morning, they were unable to get in contact with the dispatch center upon arriving on the scene.

In the report, Battalion Chief Brad Myers noted he had to return to a vehicle and use his personal cellphone to contact the dispatch center.

Radios were displaying a message stating “out of range,” which 911 Communications Director Gary Bates said indicates something isn’t functioning properly.

Howard County to move into future with P25 radio system

It’s a day etched into the memories of all who watched the tragedy’s progression, and it’s a…

Myers had all fire personnel, who were only able to communicate face-to-face, leave the burning structure and switch all communication over to the local backup system. Firefighters then returned to the house.

The house was devastated, and one person staying at the structure was transported to Community Howard Regional Health for possible smoke inhalation. The fire’s origin appeared to be in a kitchen area, and the cause is currently undetermined.

Bates said Monday that public safety departments have been moved over to the backup channel temporarily while EF Johnson personnel investigate and determine the exact cause of the malfunction.

Bates said the “radio system isn’t failing” but he also noted that the setback was “unacceptable." In the midst of thousands of radio calls, all it takes is one glitch under dire circumstances to raise legitimate concerns, he said.

“If we hadn’t had all the issues leading up the incident … we would be sitting around saying, ‘Gosh, this is a great system, because it’s got a backup system, we went to it immediately,’” said Sheriff Steve Rogers during the meeting.

“But the fact that we had this problem and they’re still working to identify that particular problem, coupled with what we had before, really drives it home that we’ve got to get their attention to get this system up and working properly.”

Howard County Commissioner Paul Wyman acknowledged that seamless communication between first responders and the dispatch center is imperative, and also expressed confidence the issues will be ironed out through multi-agency cooperation.

During a brief interview after the meeting, Wyman said county officials plan to talk again with EF Johnson personnel at 3 p.m. today. He also noted that company officials were monitoring Howard County’s three P25 tower sites to isolate the most recent problems.

Wyman explained that EF Johnson was in Howard County last week installing additional software and updates. Following their visit, county officials were expecting to see the benefits of that work this week, he said.

“It’s been getting the modulations and the sound levels worked out. We have so many different users on the system, [we're] getting that coordinated,” he said. “If a transmission comes through garbled or a transmission isn’t heard by either a dispatcher or someone in the field, [they need to make] those adjustments to the software.”

But then early Monday morning’s incident took place, throwing a new problem into the mix.

“So now they’ve got to fix that issue from [Monday morning] so that we can see the benefits of that work they did when they were here last week,” he said.

“Last night’s issue was pieces of equipment and software not talking to each other. And that’s what [EF Johnson is] monitoring to determine what caused that so they can fix it.”

Wyman said that once Monday morning’s issue is rectified, the company expects to see “significant improvement” within the next two to three weeks.

Rogers added that the sheriff’s department hasn’t experienced “the extent of the problems” that other local agencies, notably the Kokomo Police Department, have encountered since the P25 program was implemented.

Specifically, Rogers said KPD officers have had ongoing issues with officers being heard on the radio system.

In conjunction, KPD. Maj. Tony Arnett explained some of the problems officers have experienced, saying voices sometimes aren’t audible over the radio when information is being sent from officer to officer, or from an officer to the dispatch center.

And despite their relative luck so far, the issue is no less concerning for county officials.

“This is a very complex system, and it’s worked flawlessly in some respects, but we are still having some issues,” Rogers added.

“This issue over the weekend really concerns us because EF Johnson, by their own statement, they’re not sure exactly what caused that problem.”

“Public safety is very serious and we’re concerned about this,” noted Rogers.

Less than two weeks after radio malfunctions disrupted Kokomo firefighters, and only hours after local personnel expressed optimism about the …