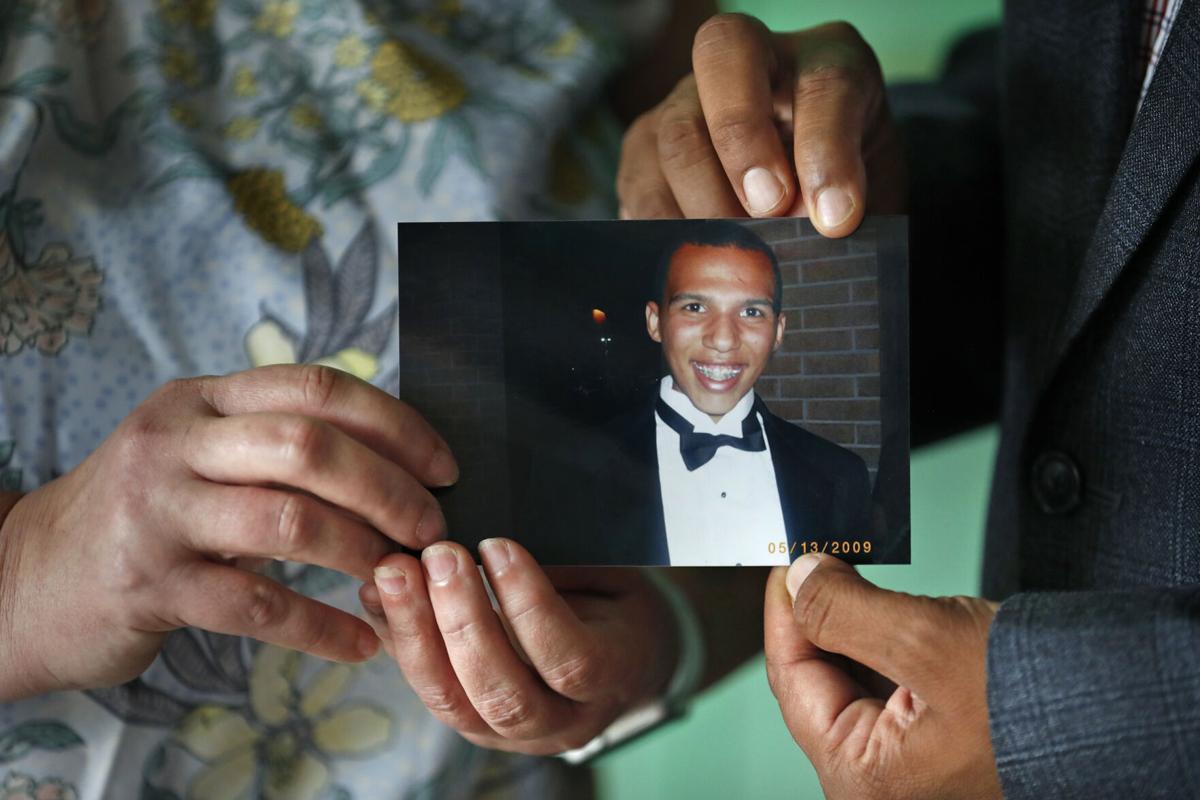 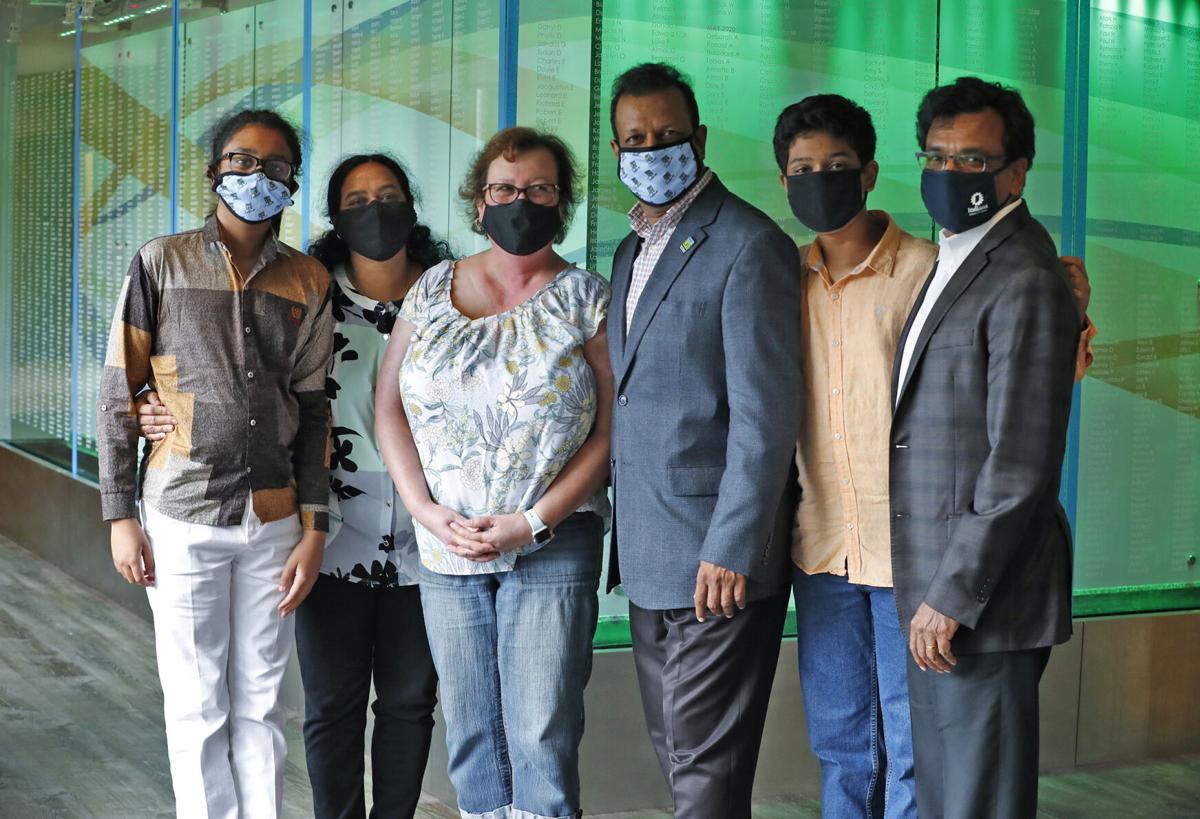 Any second, Ramu Chinthala would walk through the door at the Indiana Donor Network in Indianapolis. The Evansville resident had never met him but became permanently connected to him after he received a kidney transplant from her son.

From Green’s first letter to Chinthala in 2018, she wrote that she wanted to meet in person eventually, but once the day finally arrived, Green felt a flood of emotions. Chinthala was alive, but her son was dead.

On June 25, 2021, Carmel resident Chinthala and his family entered the conference room and greeted Green.

“It was like a part of my son was walking into the room, too,” Green said. “That’s the part that was harder for me. I mean, it was a good thing, but it was emotionally a little hard.”

Though Detri wasn’t registered as an organ donor, Green knew her son would want his death to benefit others. His donated corneas gave two people the ability to see — one in Indiana and another in Egypt — and he saved four lives by donating his heart, liver and kidneys.

Donor families meeting an organ recipient is extremely rare, said Stephanie Guagliardo, an aftercare support coordinator at Indiana Donor Network. In a given year, the donor network facilitates the sending of between 800 and 1,000 letters, but only about 30 donor pairs a year make direct contact, meaning they know the identities of the recipient or donor. Meeting face-to-face is even less common, Guagliardo said.

After their June meeting, both Green and Chinthala said they plan to stay in each other’s lives.

“I guess I should say you’re part of my family, whether you like it or not,” Green told the family at a recent meeting. Chinthala echoed back the same.

Detri Green had a contagious sense of humor and a generous heart, his mom said. Even in his early 20s, Detri would take his mother out on a “date,” Green said.

In the car, Detri would sing louder than the radio, but it would never get on his mother’s nerves. Art was a passion of Detri’s, whether it was drawing, signing in high school choir or writing music, Green said.

“He was on SoundCloud,” she said. “Whenever I want to hear his voice, I just go on there.”

At the hospital, Green had “no hesitation” when doctors asked whether her son would want to donate his organs.

“He was that kind of person,” Green said. “If he had a dollar and that was all he had, and you asked for it, he would give it to you.”

Detri’s left kidney went to a woman in Los Angeles, the right one going to Chinthala in Carmel.

When Detri died, Chinthala had been on the kidney transplant waitlist for six months. He was diagnosed in 2006 with IgA nephropathy, a condition that causes protein to build up in the kidney, causing tissue damage and decreased organ function.

Dialysis curbed the condition for a time but the “golden rule” with kidney disease is that a transplant is the best treatment, Chinthala said. His two sisters wanted to come from India to donate their kidneys but were denied visas. His brother Raju Chinthala, who lives 10 minutes from his brother in Carmel, wanted to donate a kidney but faced delays in determining whether he was a qualified donor.

His life changed when he got a call April 7, 2017, that there was a kidney available. He had surgery the next day.

“That’s how the benefit of a single donation can make a big difference,” Chinthala told The Indianapolis Star. “We’re very thankful and appreciate her vision — just not one family, but several parts, organs are distributed across the world.”

Following her son’s death, Green sent a letter to each person who received an organ donations from her son.

To Chinthala, who received Detri’s right kidney, Green wrote, “I miss my son more than words can express. My life will never be the same.”

Chinthala received her note in 2018, but he said he struggled for a year with how to thank the mother of his kidney donor.

“I instantly knew, just by reading it, what kind of people you were,” Green said. “If you have a son that great, then you must be great parents.”

After sending letters for more than two years, both Green and the Chinthalas agreed they wanted to meet in person. The pandemic delayed their meeting, but they finally did so June 25.

Later that afternoon, Green and the Chinthalas shared a meal at Rick’s Cafe Boatyard. The entire time, Green said, she had an urge to reach over and touch Chinthala’s back, where her son’s kidney was.

When Chinthala stood up to give Green a hug, she got her chance.

“I’m sure Ramu (Chinthala) wouldn’t even be here today if it wasn’t for (the transplant),” Green said. “I’m very glad because he has a wonderful family, and I’d hate for them to have to miss him like I miss my kid.”