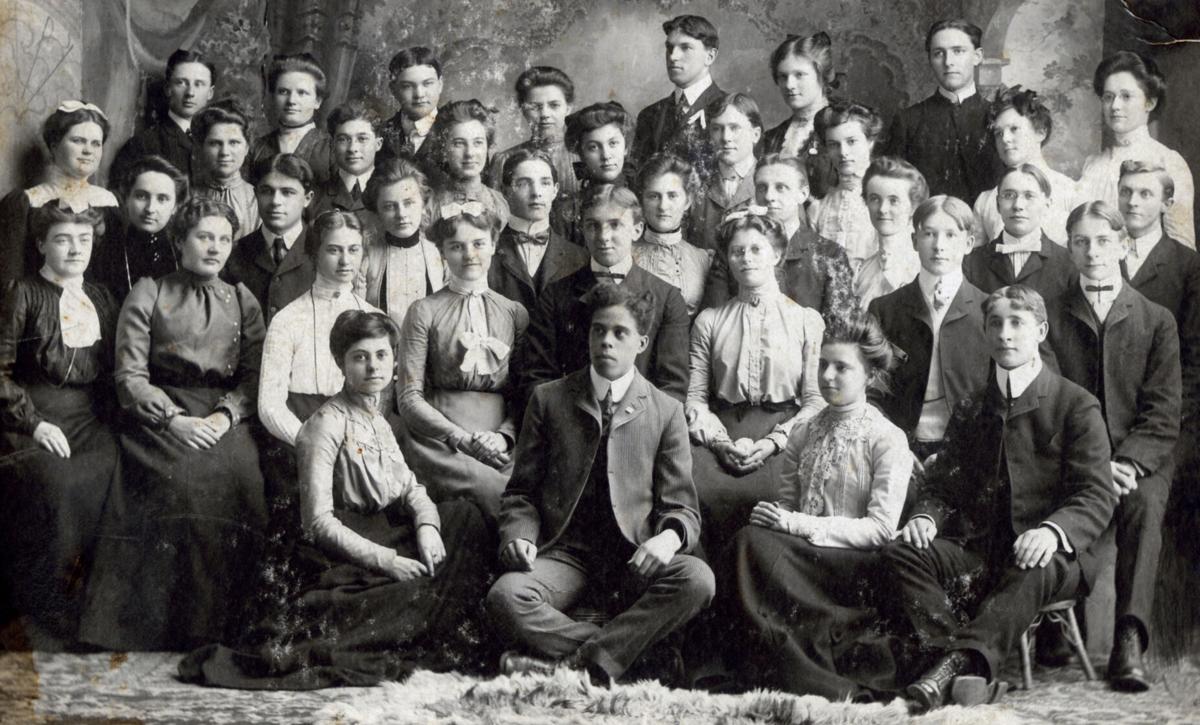 Joseph Cunningham, center, is pictured with the Lincoln Society, a literary group, at then-Manchester College. Cunningham and his sister, Martha, were the first two Black students admitted at what is now Manchester University. 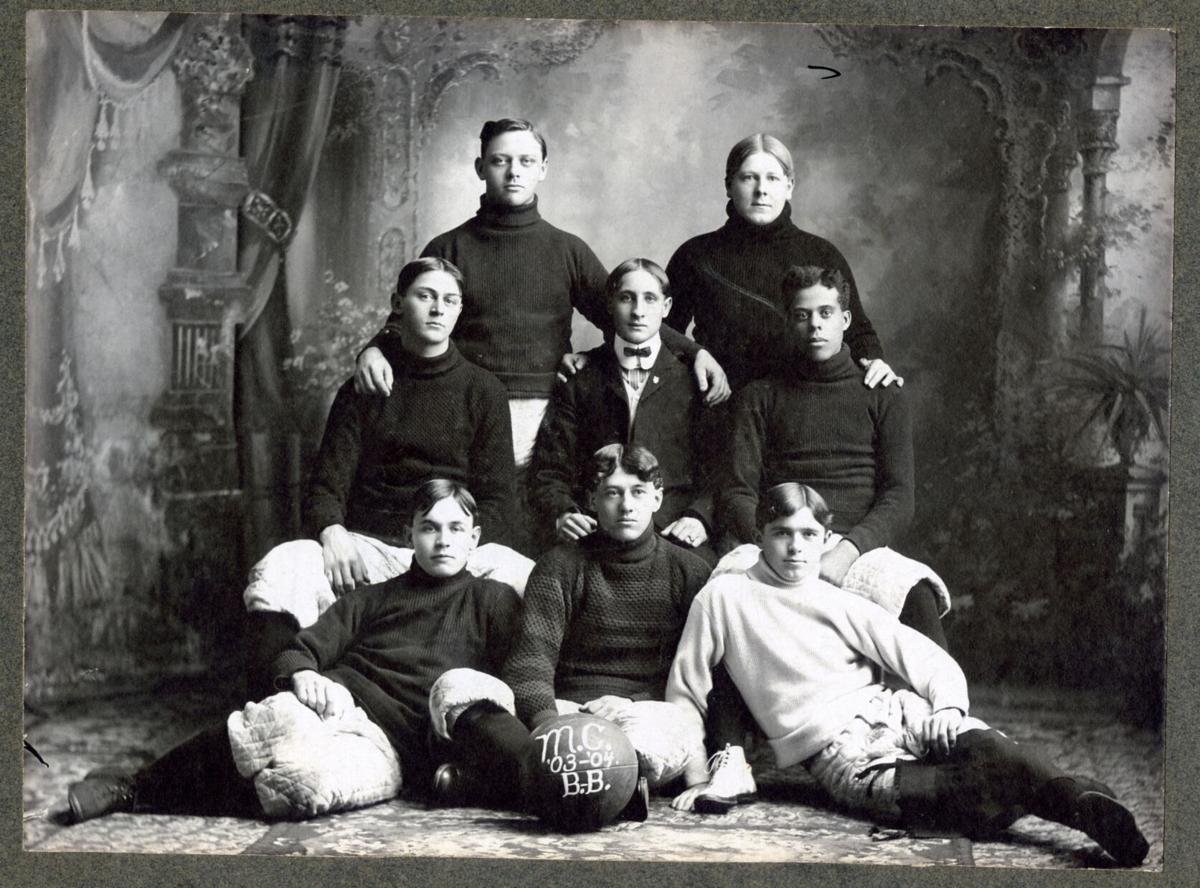 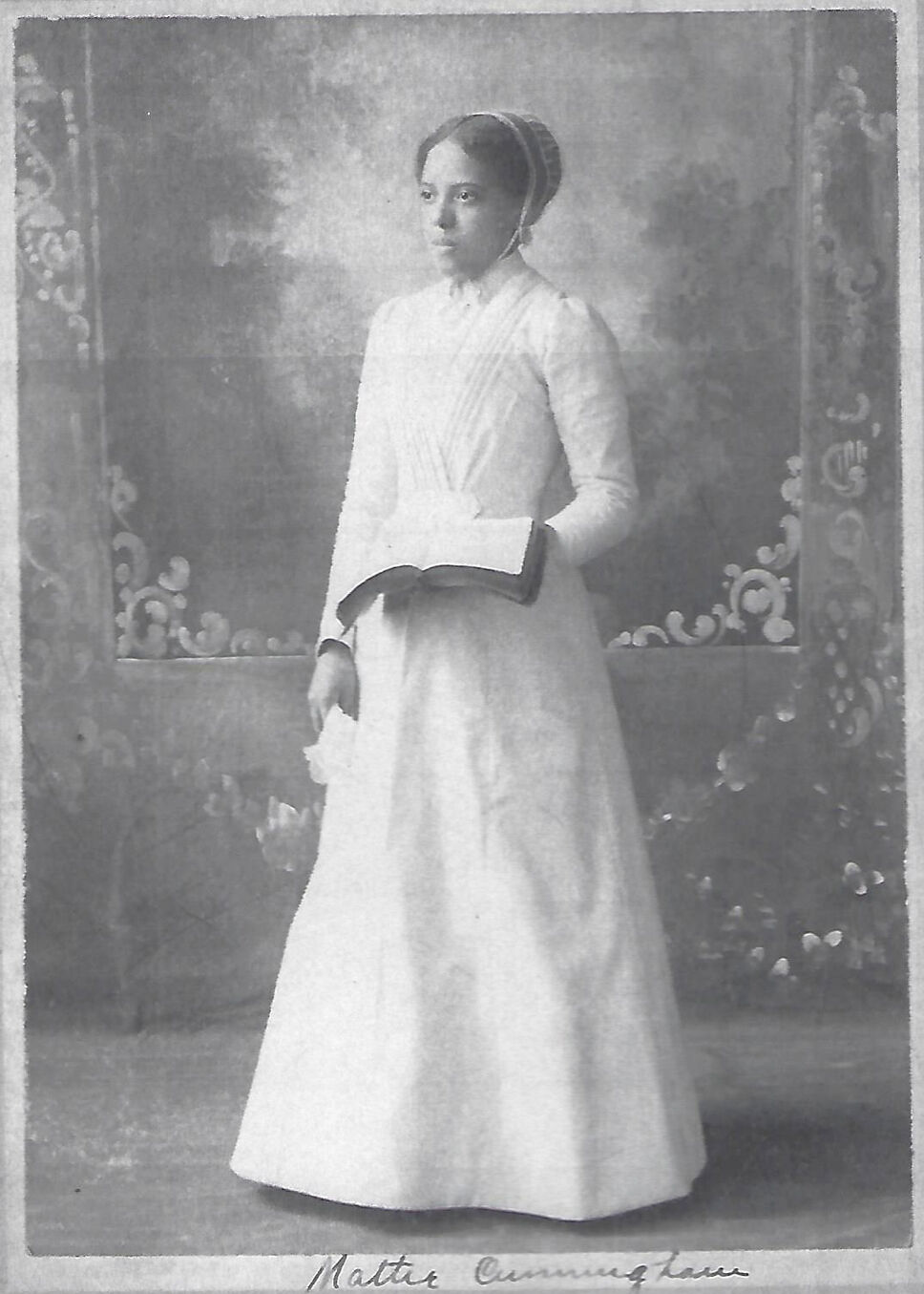 Joseph Cunningham, center, is pictured with the Lincoln Society, a literary group, at then-Manchester College. Cunningham and his sister, Martha, were the first two Black students admitted at what is now Manchester University.

It was a historic and remarkable moment, especially for Dolby. At the turn of the 20th Century, graduating high school was an impressive feat for a Black woman. When Dolby enrolled at Manchester, there were only 252 Black female college graduates, according to historian Nicholas Patler.

The Manchester University Board of Trustees voted last month to rename the campus’ Academic Center in honor of the two students. A dedication will take place in the future for the Martha Cunningham and Joseph Cunningham Academic Center.

“I can think of no better way for Manchester to honor the Cunninghams than to name a hall of learning for them,” Manchester President Dave McFadden said in a statement.

In his biographical essay on Dolby, Patler wrote that the Cunninghams’ initial experience at Manchester was less than welcoming, and the two did not eat in the college dining room for at least part of their first year.

That changed in year two, when student Otho Winger organized a student group to support the Cunninghams and invited them to eat at his table. Winger would go on to become president of the college.

This was the beginning of the Cunninghams’ participation in student life at Manchester.

Dolby was involved in the choir, the Bible Society and secretary of the alumni group — all while working and excelling in the classroom.

Her brother wasn’t as good of a student, Patler noted in his essay, but was just as involved. Cunningham was a skillful debater in the Lincoln Society, a literary group on campus.

Cunningham being a member of the basketball team is particularly notable, according to Jeanine Wine, library administrative assistant and archivist at Manchester.

“We might have had one of the first integrated teams at the time,” she said.

An article from the time period lists Cunningham as the starting center.

Another historian quoted in Patler’s essay said Cunningham is likely one of the first African Americans to play on a college basketball team and could very well have been the first to play on an integrated team.

A team photo from the 1903-04 Manchester basketball team features a white player with his hand on Cunningham. While teammates touching each other isn’t uncommon, a white player touching a Black player is incredibly rare for the time period.

A picture of Cunningham with members of the Lincoln Society is even more rare. Sitting in the middle of about 30 white students, Cunningham is positioned between two white women. Patler said this would have been considered taboo in much of white America in the early 20th Century.

The historian contends the pictures depict how Cunningham was able to transcend the racism of the time, as well as the acceptance of white Manchester students.

McFadden said the Cunningham legacy is marked by “tenacity, courage and achievement in the face of adversity.”

“Their story reflects the challenges of their time and Manchester’s own journey through that time,” he said. “Their story is our story — where we have been and the work that remains. Shining a light on the Cunninghams can help inspire all of us to discover our best selves.”

Wine conducted much of the original research on the Cunningham family and has been able to confirm most of what she uncovered.

“It’s so fascinating,” she said. “Each of them is remarkable in their own right. It just sucked me in.”

The Cunninghams moved to Howard County in 1884. They settled in New London, which was a well-respected Underground Railroad center.

The family was heavily involved with the New London Quakers and Church of the Brethren. The latter church was opposed to slavery, and the Quakers had a history of helping runaway slaves and establishing free black communities.

Dolby’s connection to the Church of the Brethren continued after graduation, when she was tasked with establishing a church among the Black community in Palestine, Arkansas.

Patler’s essay said Dolby had the confidence to leave the Midwest and head to the segregated south because of her experience and education at Manchester. She started a Sunday school in Palestine.

Dolby’s experience in the south included pleading with the church for more money and resources, and understanding how the white power structure aimed to keep African Americans destitute and ignorant.

She left Palestine in 1907 after bouts with malaria. She returned to Russiaville before heading to Ohio to visit Black Brethren churches. She focused her efforts on trying to revive the Frankfort Brethren congregation in Jeffersonville, Ohio.

There, she married an engineer, Newton Dolby, whose father was an ordained Brethren minister. Patler said the marriage combined two of the earliest Black Brethren families.

Brethren church leaders installed the Dolbys as deacons of the Frankfort congregation in 1911.

It would mark another historic first for Dolby, as she became the first woman and first African American woman to be installed as a Brethren minister. She’d remain the first woman minister until the 1920s.

For more information, Patler’s essay can be found online at tinyurl.com/aep65jd7.