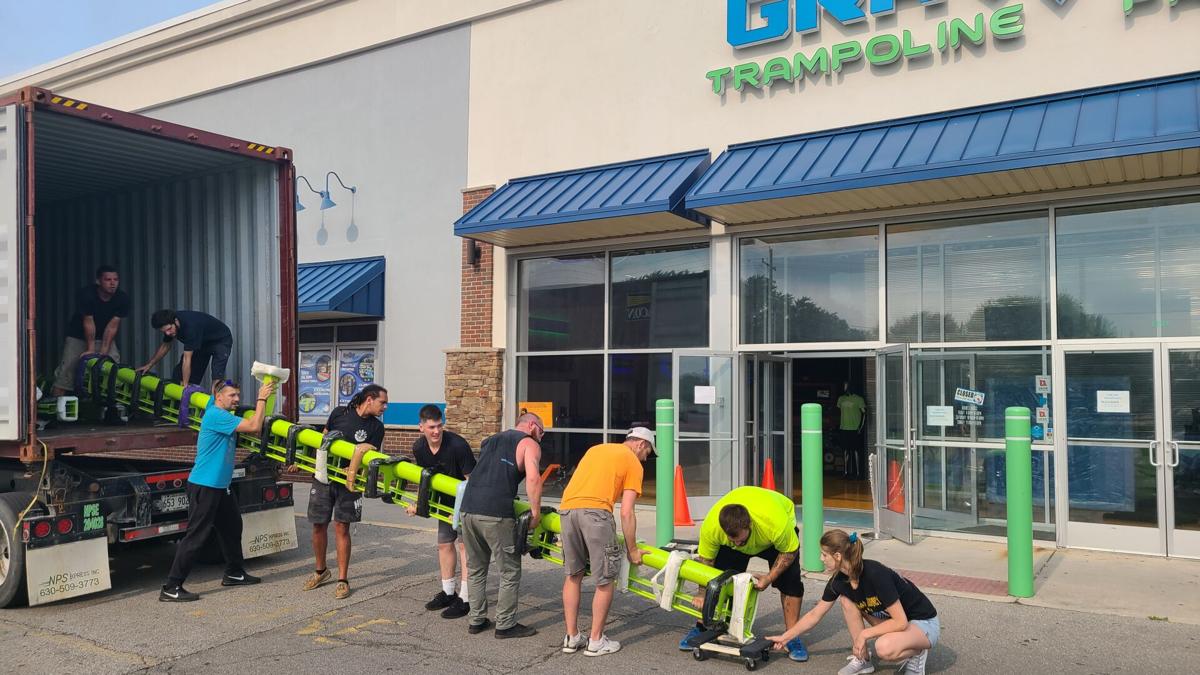 Crews unload a piece of the new ropes course that will be installed at Gravity Trampoline as part of a $750,000 renovation.

This is a rendering of the new ropes course that will be installed at Gravity Trampoline as part of a $750,000 renovation. 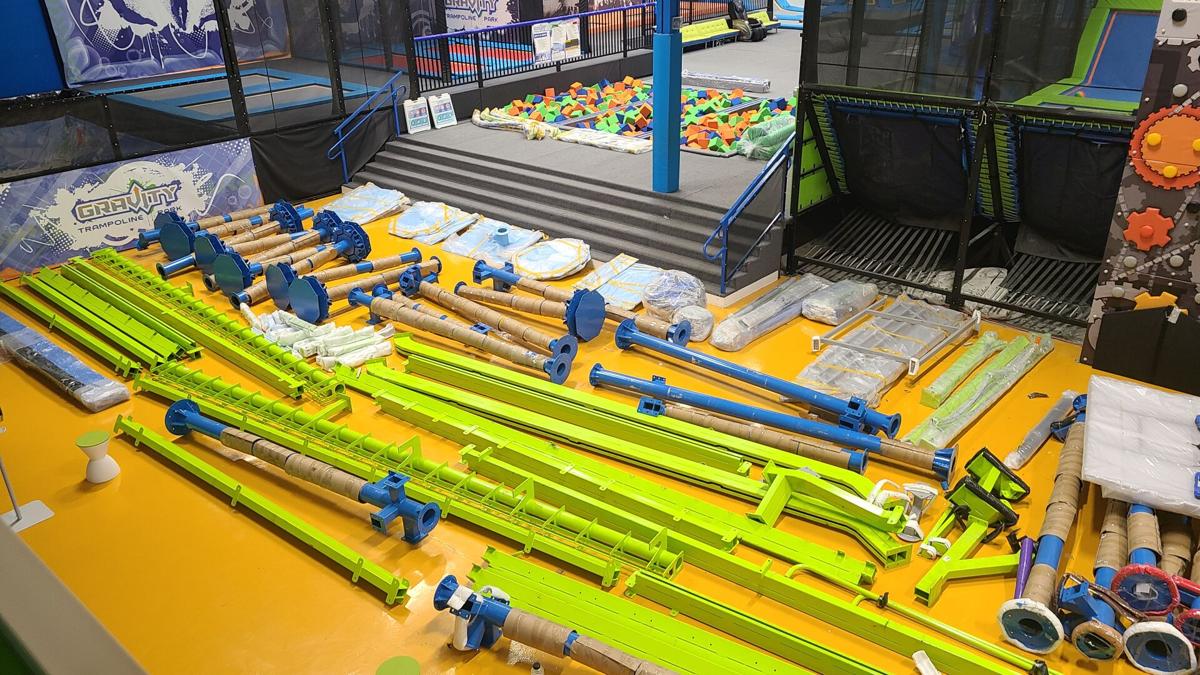 Pictured are pieces for the new ropes course that will be installed at Gravity Trampoline as part of a $750,000 renovation.

Crews unload a piece of the new ropes course that will be installed at Gravity Trampoline as part of a $750,000 renovation.

This is a rendering of the new ropes course that will be installed at Gravity Trampoline as part of a $750,000 renovation.

Pictured are pieces for the new ropes course that will be installed at Gravity Trampoline as part of a $750,000 renovation.

Gravity Trampoline Park is investing $750,000 to overhaul its facility inside Markland Mall, including adding a full arcade, a new rope and ninja course and a remodeled parents lounge.

Owner and CEO Shannon Anthony said the trampoline park closed earlier this month and is set to reopen in mid-September with all the new features installed.

That includes a $400,000 arcade with crane machines, video games and redemption games in which people can earn points and spend them in a new shop with toys and other merchandise. The points will be operated through a swipe card system.

“We’re not bringing in Galaga or Packman,” Anthony said. “It’s going to be state of the art. Everything will be brand new. It’s like the games you’d find at Dave and Buster’s.”

He said the park has also applied for a beer and wine permit and hopes to be serving alcohol when the facility reopens.

The new ropes course will be 22 feet above the ground and can hold 18 people at a time. Patrons will be strapped into harnesses and connected to a track system above to navigate the course, which will be at eye level with the parents’ lounge above the trampolines.

“It’s going to be challenging,” Anthony said. “The course will have some really challenging elements to it.”

He said the obstacle course will be a miniature version of some of the challenges on the hit show “American Ninja Warrior” and will be included in the price of the entrance fee.

The overhaul of the facility also includes a remodel of the parents lounge, which will include tables, booths and more seating to eat pizza and other snacks made in the park’s kitchen. Anthony said the area previously only had two massage chairs.

The trampoline area will remain the same, but they are removing the foam pits and replacing them with air pads, which are safer and easier to clean.

Anthony said that the park opened three years ago, and business has been booming ever since. Now, with COVID-19 restrictions lifted and people looking for things to do, it seemed like the perfect time expand, he said.

“Everybody’s back and wanting to get out and have some fun with their families, so I thought it’s a good time to put some money back in the business and reenergize everything here,” Anthony said.

He said he hopes the additions will also draw more people from outside the city and county and become a regional attraction.

“The place was already awesome, but we’re just trying to add some stuff to make it more appealing to people outside of Kokomo to come here and spend some money in the city,” Anthony said.