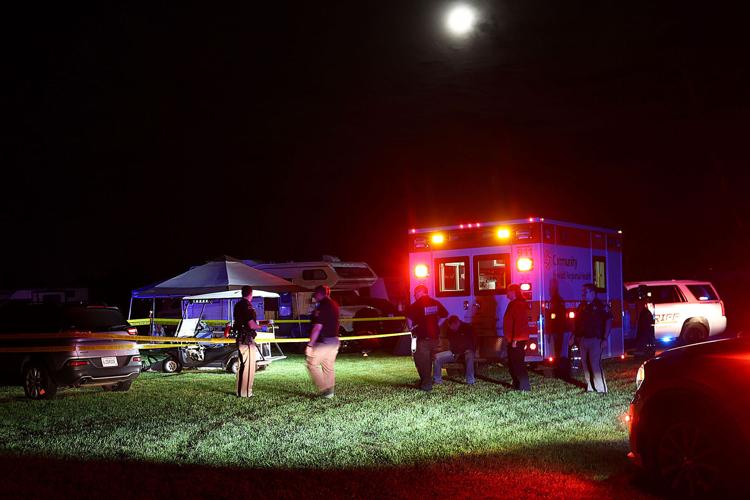 After some sort of altercation, a fatal shooting occurred at the Howard County Vietnam Veterans grounds in the early morning hours Saturday. Howard County deputies were called to the scene for a gunshot wound to the chest. 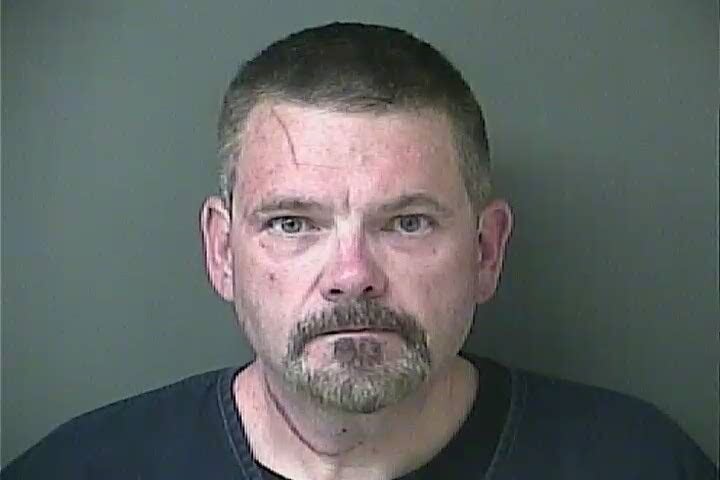 A Greentown man who police say shot and killed another man at the Vietnam Veterans Campground last week has now been formally charged in the incident.

According to court documents, 51-year-old Howard Wolfe is now facing charges of reckless homicide, intimidation and criminal recklessness, all Level 5 felonies, for his alleged connection to the shooting.

The two men were reportedly at the campground for the 40th annual All Veterans Reunion, which kicked off last Monday.

A police report filed at the time alleges that shortly after 5 a.m. Sept. 10, Wolfe was visiting the campground of 47-year-old Henry “Hank” Henson, when a physical altercation broke out.

At some point, according to investigators, the two men separated until Wolfe displayed a handgun that was near his waistband, and another physical altercation ensued.

It was during that altercation that Henson was reportedly shot in the chest, and he was pronounced dead at the scene.

As part of the investigation into the shooting, per court records, authorities spoke to several witnesses on scene, including the wives of both Wolfe and Henson, as well as Wolfe himself.

During the interview with Wolfe’s wife, the woman reportedly told law enforcement that she was with her husband at Henson’s campsite, though she went back to their vehicle around 3 a.m. to “warm up,” court documents note.

It was around that time that she overheard a verbal argument between Henson and his wife, according to court documents, and Wolfe reportedly attempted to calm Henson down during that dispute.

Henson then allegedly “charged at Howard and threw him into the golf cart and then onto the ground,” Wolfe’s wife told police.

Other people around the campsite also reportedly stepped in and attempted to separate the two men, Wolfe’s wife told authorities as highlighted in the police narrative, but that’s when she heard what sounded like a “firecracker.”

She said it was at that time she realized Henson had been shot.

Investigators also interviewed Henson’s wife, who told authorities that she had been sitting around the campfire with a group of individuals but then went to bed around 3 a.m.

Then shortly after 4 a.m., according to Henson’s wife, her husband and she got into a verbal argument, and Henson reportedly told everyone to leave the campsite.

Henson’s wife then said she heard “two thumps,” that she suspected was Henson hitting Wolfe — who had not left — and she then heard Wolfe say, “Hank, I’ve got something for you,” per court records.

Henson’s wife also told authorities that she heard her husband tell Wolfe to “give the gun” to Wolfe’s wife, before hearing her own husband answer back, “Hank, I’m your brother,” court documents allege.

A physical altercation continued to ensue between the two men at that point, and a round was fired off from the gun, according to the police narrative.

And it was after the shooting, per Henson’s wife, that Wolfe reportedly told those standing at the scene that he shot his best friend.

Later that morning, investigators also interviewed Wolfe, who they said smelled of a “strong odor” consistent with alcohol, and he reportedly told authorities that he attempted to calm Henson down after he saw Henson and his wife in a dispute with each other.

Wolfe also stated that he was told by Henson to “mind his own business,” and Henson allegedly knocked Wolfe to the ground.

This action caused Wolfe’s firearm to fall onto the ground and Henson to pick it up, Wolfe initially told investigators, though he reportedly changed that version of the story later to state that the gun never fell from his waistband area.

When asked by investigators why he reportedly lied about that, Wolfe told them, “I was scared,” court documents allege.

But Wolfe did admit to police that he did display his firearm to Henson by pulling his shirt up and exposing the gun, and he also reportedly confessed that he pointed the firearm at Henson at some point during the altercation between the two men, per the police narrative.

Wolfe also reportedly admitted that the two men were both fighting for the firearm at one point, and that’s when he reportedly shot Henson in the chest.

Wolfe is being held at the Howard County Jail on $40,000 cash bond only, and he has a pretrial conference scheduled for January 2023 inside Howard Superior Court 4.