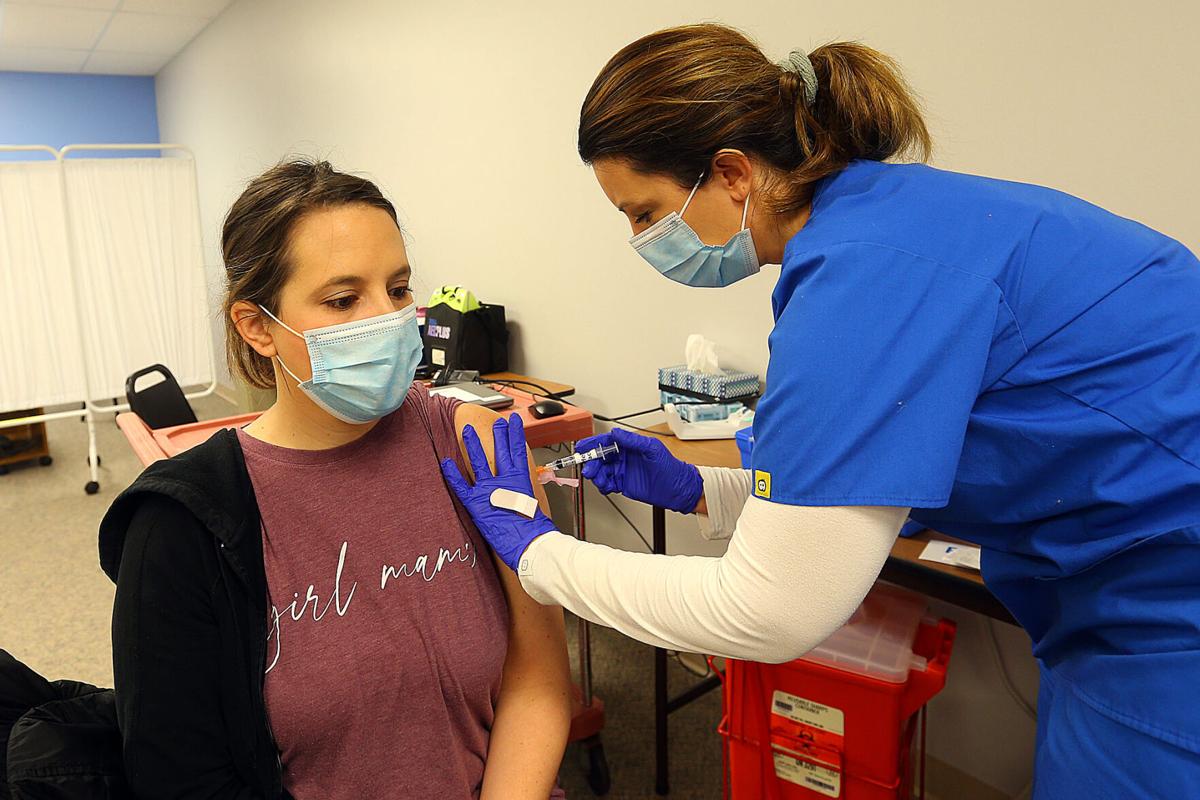 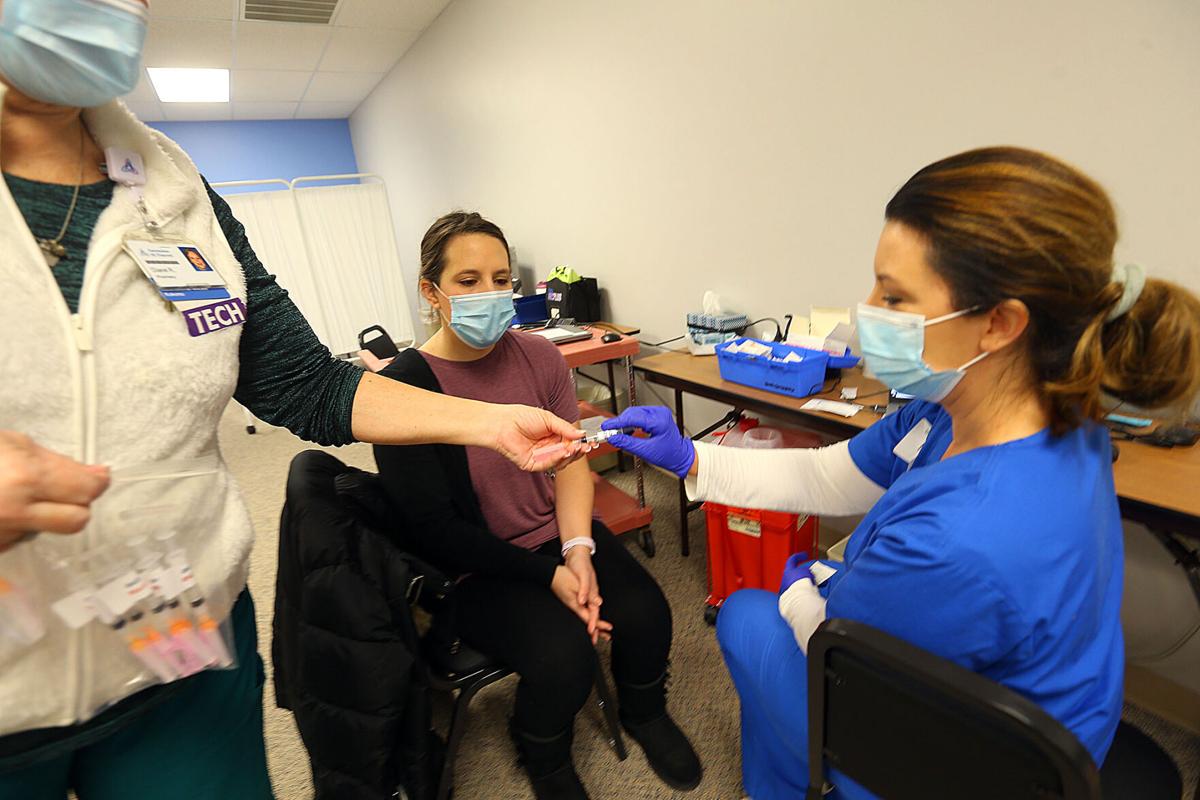 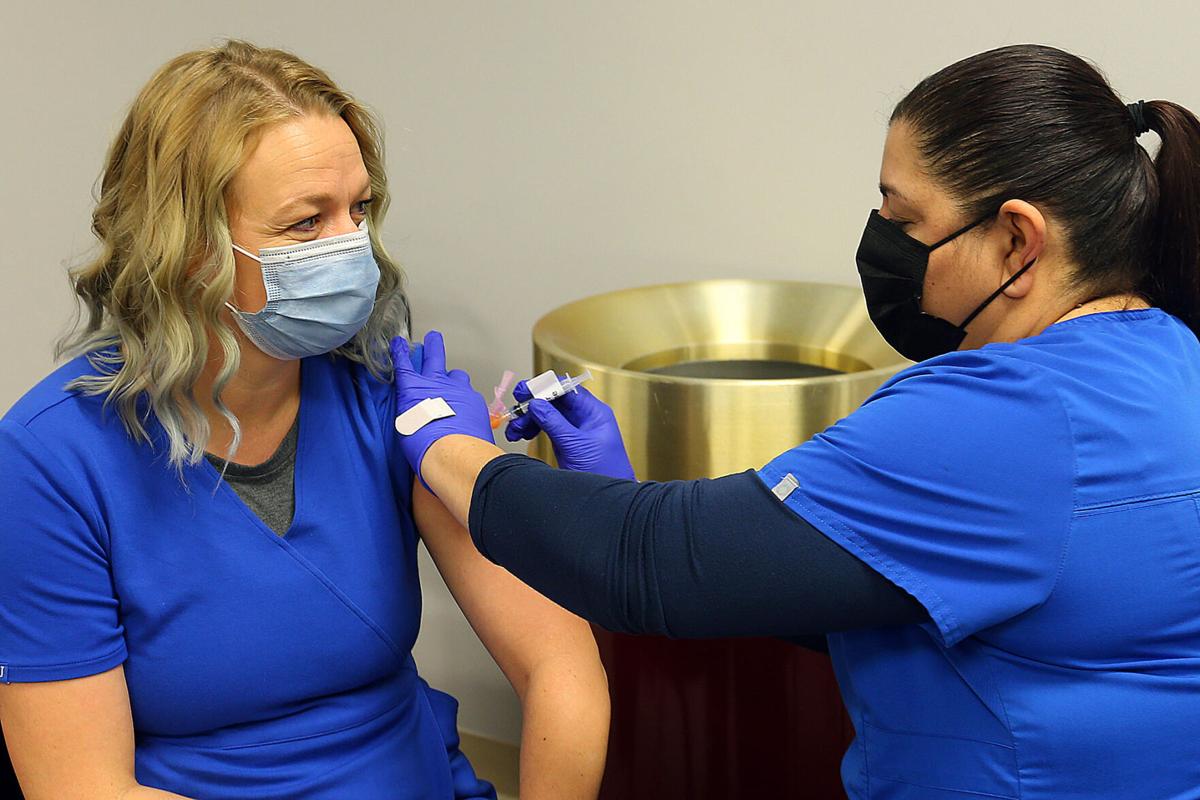 Stress, burnout, politics and frustration have all led Indiana nurses and health care workers to leave the field in droves as the COVID-19 pandemic approaches its third year.

Now, another issue has been added to list: vaccine mandates.

Since the summer, major health care networks and hospitals around the state have implemented requirements that all workers receive a vaccine against the coronavirus or face losing their jobs.

And in every health system, a handful of providers chose to quit rather than get the shot.

IU Health reported that 125 of its 35,800 employees resigned after refusing to get vaccinated. Community Health Network, which runs Community Howard Regional Health, said around 60 employees quit out of its 16,000 workers.

Eskenazi Health, which employs around 6,000, said less than 1% of its workforce chose not to get vaccinated. Ascension, which operates Ascension St. Vincent Kokomo, said most of its workers got the vaccine but wouldn’t provide specific data.

That puts the number of health care providers in Indiana choosing to quit rather than get vaccinated into the hundreds.

Brian Tabor, director of the Indiana Hospital Association, said that, on paper, the figure isn’t huge. But considering staffing levels have already become critically low at many hospitals and other health facilities, he said, the number can’t be ignored.

“No one is looking at that as inconsequential,” Tabor said. “Even though it’s less than 1%, we’re at an unprecedented level for staffing concerns and, in some cases, crisis. It’s not something any organization takes lightly.”

Tabor said the seriousness of the staffing shortage is found in the number of open job positions at hospitals. He said there are currently 10 times more openings than in pre-pandemic years.

He also pointed to the skyrocketing price of hiring temporary staffing from outside agencies. Demand is so high for more workers right now that those agencies are charging three times or more than their normal rate.

“The length of the pandemic has worn away at the size of our workforce,” Tabor said. “It’s like it’s been eroded or hit by some natural force.”

The number of providers leaving the field is only set to climb after President Joe Biden in early November announced all health care employees who work in a facility that participates in Medicare and Medicaid must get one dose of the vaccine by Dec. 6. Workers must be fully vaccinated by Jan. 4.

In Indiana, most health care networks have already implemented their own vaccine mandates, but some haven’t. Both Parkview Health and Lutheran Health Network in Fort Wayne didn’t have a requirement and will now have to comply to the federal mandate, along with other smaller hospitals around the state.

Tabor said that for those networks now scrambling to meet the rapid timeline set by the federal mandate, it’s likely they will see more workers quit than those networks that implemented their own mandates over a longer period.

The vaccine requirement will also likely have a bigger impact on staffing in rural parts of the state, where residents are more likely to be hesitant to get a shot. Tabor said that means rural facilities will likely lose more staff, along with the ability to provide essential services.

“Losing 1% of the workforce in a smaller facility immediately has more of an impact on the day-to-day services than it would in a larger organization,” he said.

That’s because large health care networks can shift staffing resources to cover shifts and services if a worker quits, but that’s not the case at small, rural facilities.

“For our rural hospitals, where you have fewer members of that team, it’s just more difficult to replace a person in a short period of time,” Tabor said. “You have to recruit someone, and recruiting someone to a rural area can be challenging.”

He said that’s one of the reasons the Indiana Hospital Association is reaching out to its members to get feedback on the timeline set out in Biden’s mandate to form an official stance on the policy.

Tabor said hospitals need to be able to develop their own vaccine policies and implement them in a way that meets the needs of their community, and the federal requirement may inhibit that.

“We do know that members have concerns about the timeline and other aspects of the implementation, and we’re still getting our arms around all those implications before submitting our formal position for any possible changes,” Tabor said.

“We understand that Indiana nurses practice in various settings, interact with our communities in a multitude of ways, and have their own individual beliefs,” the statement says. “We recognize vaccinations are an individual’s choice, and we also acknowledge the importance of providing a safe environment for patients.”

But Brian Arwood, a psychiatric nurse with Community Health Network and the president-elect of the Indiana State Nurses Association, said he believes the intent of the federal mandate is to create the safest situation for both nurses and patients, and he encouraged all health care workers to get the vaccine.

“We as nurses have a responsibility to be as safe as possible and provide the safest level of care that we can for our patients,” he said. “To me, it’s more like an obligation and commitment to patient care to get a vaccine.”

Still, some health care workers refuse to get the shot — even with their jobs on the line.

Arwood said a main reason that some nurses refuse the vaccine is due to how politicized both the vaccine and the pandemic have become in the U.S., which for some casts doubt on the science behind the vaccine.

“We’re nurses. We’re supposed to operate on evidence,” he said. “But because of the political involvement, some people are suspicious of the evidence just because it came from a particular source.”

Arwood said, in the end, the number of health care workers leaving the field due to vaccine mandates are a drop in the bucket to the underlying issues that have led to the state’s shrinking health care workforce.

He said the nursing shortage is a problem that’s been developing for years due to major systemic problems in the industry, such as a lack of nursing faculty to train new workers, as many providers are reaching retirement age.

The nurses leaving the field due to the pandemic and vaccine requirements only added to the already serious staffing issues at many hospitals and health care facilities, Arwood said.

“It was exacerbated by the pandemic, but I don’t think it was due to the vaccine mandates,” he said. “It was exhaustion. It was burnout. It was that feeling that we were taking care of patients that we didn’t necessarily need to had they been a little bit more cautious.”

And those feelings will only come on stronger as the number of hospitalizations due to COVID-19 are once again climbing as the holiday season approaches.

Arwood said that means nurses and other health care workers will once again hunker down to provide services as best they can during the surge.

And some will simply decide they’ve had enough.

“At some point, this pandemic has to end,” Arwood said. “That’s what I’m hanging on to. At some point, we’ll get this to a more manageable point. For me, at least, that’s the sentiment: We have a job to do.”