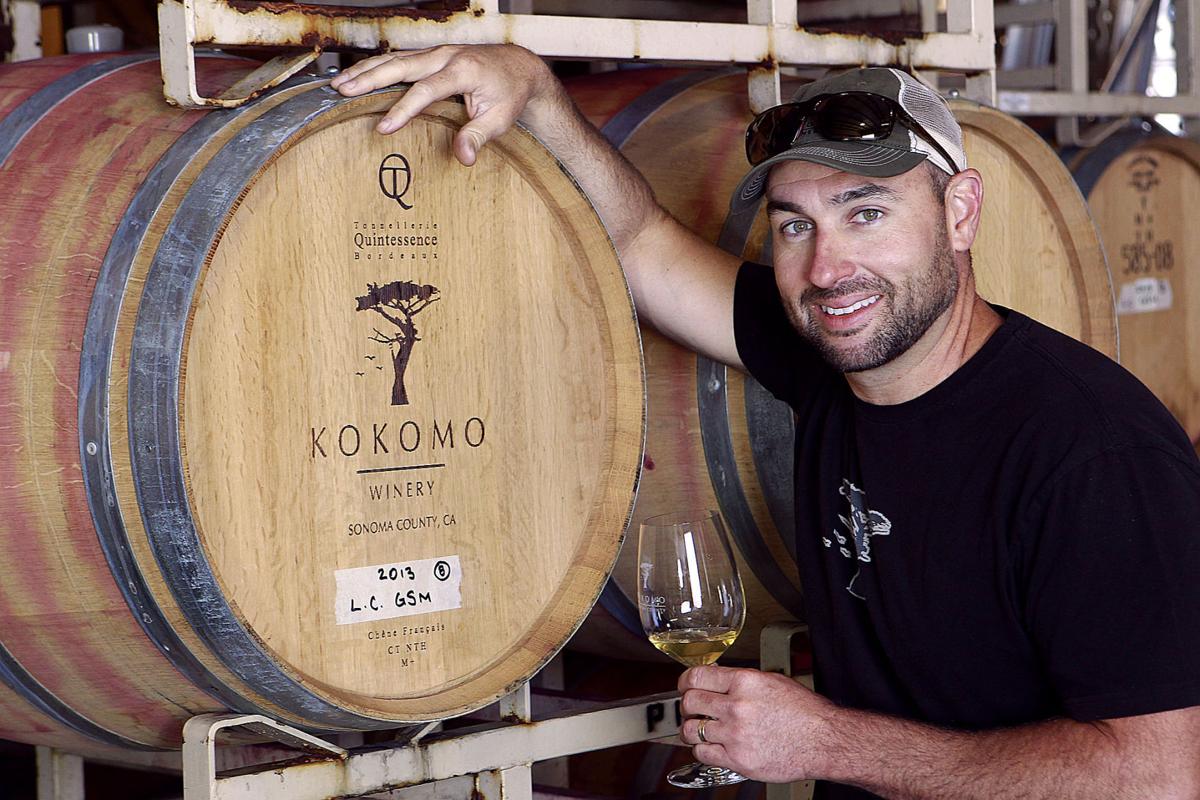 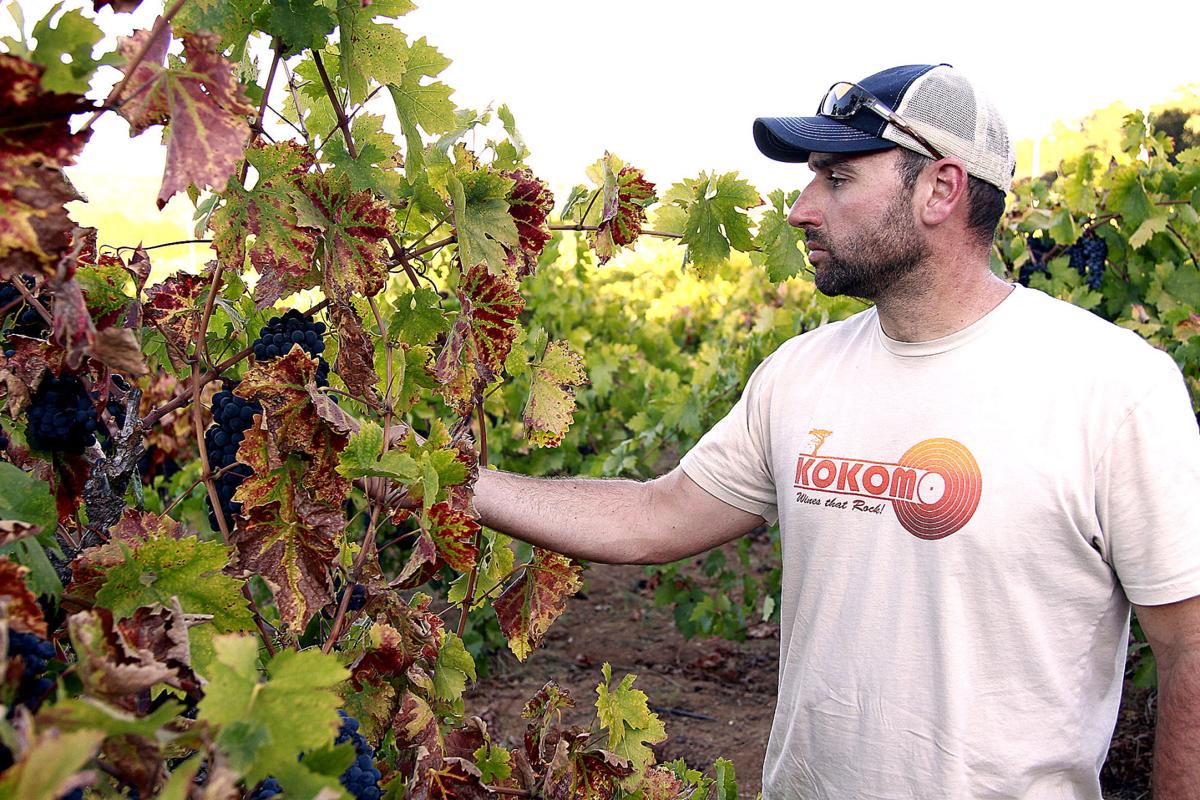 Erik Miller, owner of Kokomo Winery in Sonoma County, California, said his home is less than 2 miles from places that have been turned to smoldering rubble. Photo provided 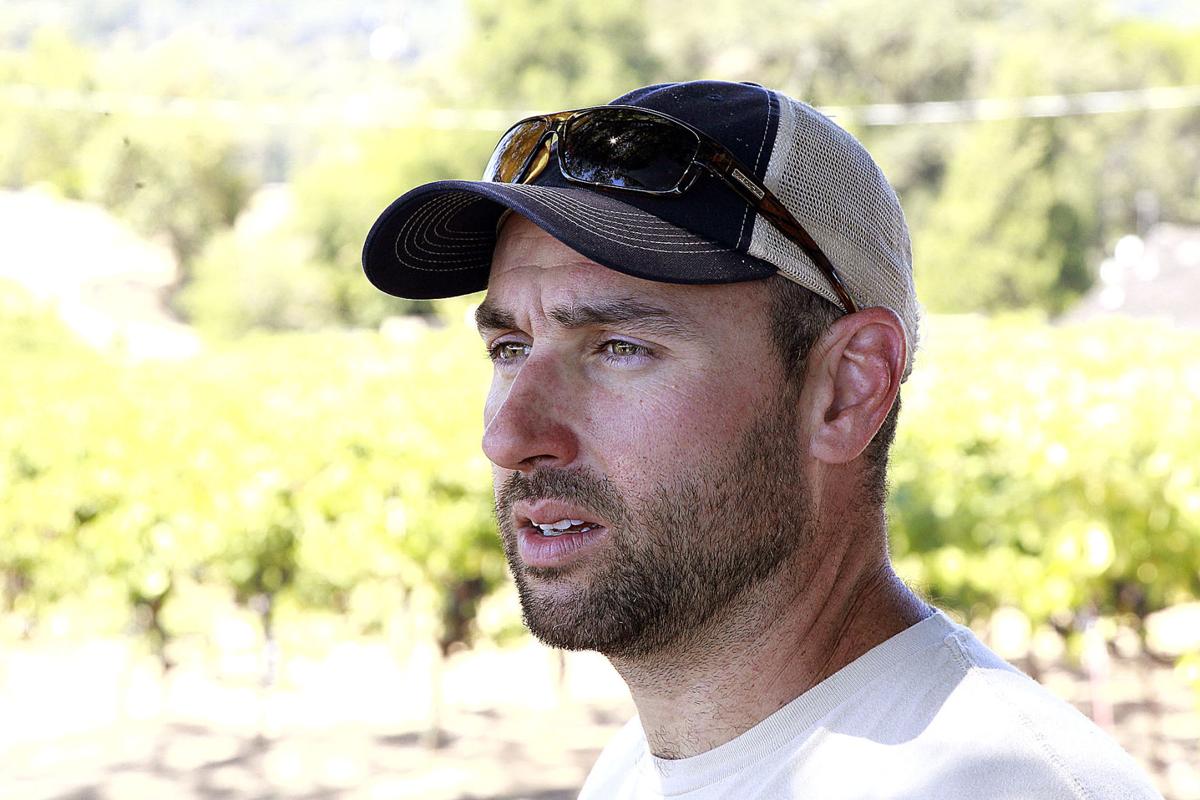 Erik Miller, owner of Kokomo Winery in Sonoma County, California, said his home is less than 2 miles from places that have been turned to smoldering rubble. Photo provided

Erik Miller said most long-time professional wine makers have one thing in common. They all grew up with wine on their kitchen table.

“That wasn’t me,” Miller said. “I grew up with milk on my kitchen table.”

And it was his hometown that played a large part in getting him there.

Miller is the founder and owner of Kokomo Winery, which he named in homage to the city where he grew up and learned about hard work and honesty, he said.

The winery is located on 120 acres of prime benchland vineyards in Dry Creek Valley located about 70 miles north of San Francisco. It’s an area known around the world for its stellar grape-growing soil that draws millions of wine enthusiasts every year.

Miller started his winery in 2004. Since then, his vintages have drawn accolades from connoisseurs from around the country. Just last month, he was named one of the seven top winemakers to watch by Sonoma Magazine.

But owning and operating a world-class winery wasn’t anywhere on Miller’s radar when he graduated from Kokomo High School in 1994 and headed off for Purdue University.

Even through college, wine making wasn’t his aspiration or passion. After changing his major four times, Miller eventually settled on a degree in organizational leadership and supervision.

In the end, wine making was something he just stumbled into.

During his junior year at Purdue, Miller said, he took a trip to the Napa-Valley area to visit a friend and instantly fell in love with the rugged, austere landscape. From that moment, he set his heart on moving there.

“I was going to at least try,” Miller said. “I loved the sheer beauty, the agricultural roots and the coast. And for me, it was an opportunity. In Kokomo, there was really only an opportunity to work at Chrysler.”

So shortly after graduating, Miller packed his bags, moved to the area and took the first job he could find, which ended up being a financial consultant.

Miller said he loved living there, but hated the work.

“I’m not a sit-behind-a-desk type of guy,” he said. “I can’t wear a tie all day. I was pretty unhappy as a licensed financial planner.”

It was on a whim that Miller decided to take a job at one of the more than 450 wineries nearby to help in that year’s grape harvest.

“It was a lot of hard work,” Miller said. “I was a manual labor grunt. I wasn’t putting blends together or even touching grapes.”

But the experience was enough for him to realize he had found the kind of work he’d been looking for.

“I went through four majors in college before I settled on something, but I never really found a passion of what I wanted to do until that first harvest,” Miller said. “It was an ‘ah-ha’ moment for me.”

So Miller took that passion and went with it. He enrolled at the University of California, Davis, to study oenology and learn from the best in the field.

In 2004, he took the plunge and started his own winery based on a single vineyard of cabernet sauvignon from Dry Creek Valley.

The wine was bottled and released in 2005, but didn’t receive much attention in California. The vintage was a huge hit in Kokomo and Indiana, though. Miller said he sold all 600 cases of it in the Hoosier state. Bottles of it even ended up St. Elmo’s Steakhouse in downtown Indianapolis.

“I got some tremendous hometown love off of that, especially from Soupley’s,” Miller said.

His release of a pinot noir in 2006, however, landed him on the wine-world map. Miller said he had never made that vintage before, but it became a huge hit and was deemed outstanding by Wine Spectator, which judges and rates high-end wines.

With his wine-making prowess growing, it was time to name his new undertaking. After stewing on it for a while, Miller decided to name it in homage of Kokomo, despite branding experts saying it was a terrible idea.

“It was definitely a gutsy call,” he said. “People don’t think about how much guts it took to name the winery after my hometown. … First, there’s the song and people are going to think the Beach Boys. Plus, it’s a very blue-collar town. It’s not a place known for its high-end lifestyle like Carmel.”

But, Miller said, his gut told him to go for it. His hometown was close to his heart, and the name told a story, he said.

“In our industry, there are so many different wine labels,” Miller said. “Having the right name is enormous. It’s one thing to make high-quality wine, but having a name that tells a story and has meaning to you and gets people talking is very important.”

Now, 12 years later, naming his winery after Kokomo was one of the best decisions he ever made, Miller said. He even has a section of the wine-tasting room dedicated to the history of the city that includes items such as Kokomo bricks, old radio tags from Delco and ink pens.

Miller said that hometown love has never left him, despite being away from Kokomo for nearly two decades. That’s why he’s come back for the last few years to hold fundraisers, with all the profits going to local organizations like Project Access.

“I use my hometown name on my wine, so I think it’s important to give back to my hometown,” he said.

Howard County Commissioner Paul Wyman, who has been friends with Miller for around five years, said that kind of attitude is what makes the successful wine maker so unique.

“It says everything about the type of person he is,” he said. “He could have gone to California, become successful and forgot about us. Instead, he’s taking that success and investing it back into other people.”

Wyman said he and Miller have scheduled another fundraiser that will be held in late February. All the proceeds will go to The Crossing.

Miller said in the end, he has worked hard to make his winery a success, and Kokomo was the place where he learned how to do that.

“It’s that Midwest kind of attitude of working hard and being honest,” he said. “That went a long way here.”

Kokomo native Erik Miller said he was barbequing outside with his family on Sunday night at their home in downtown Santa Rosa, California. He …