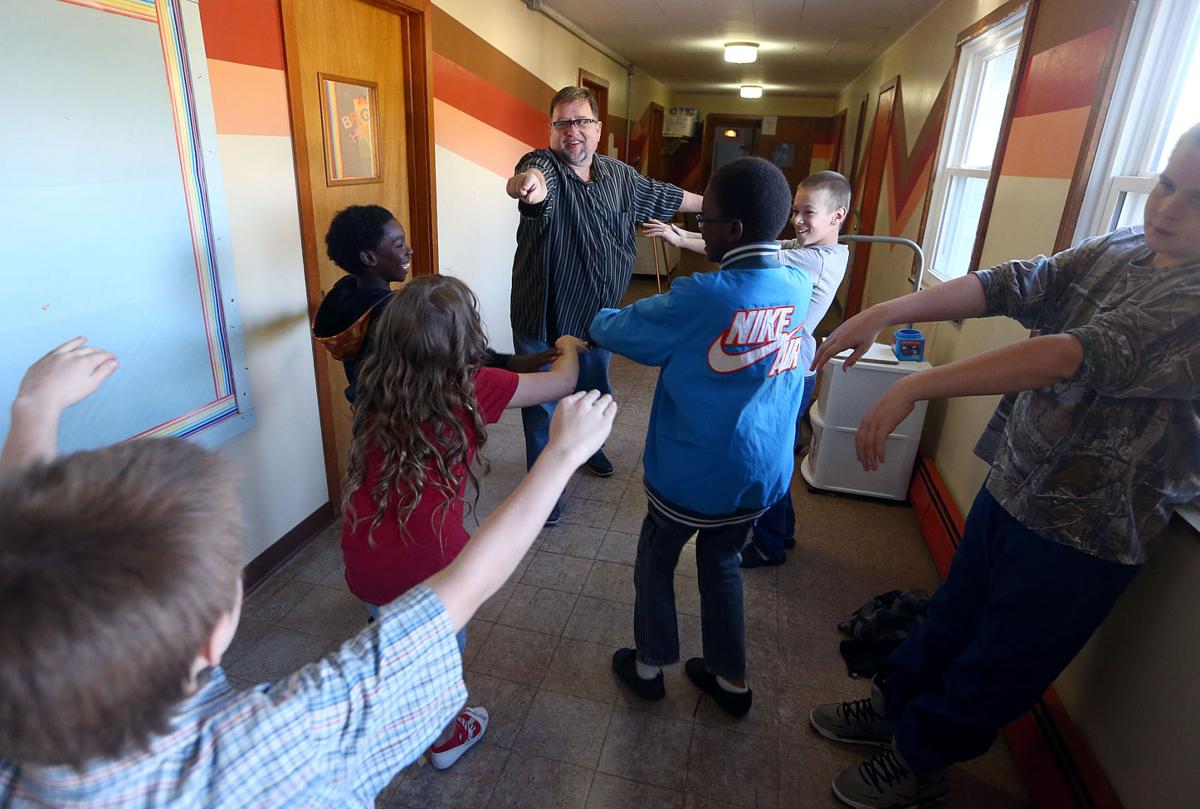 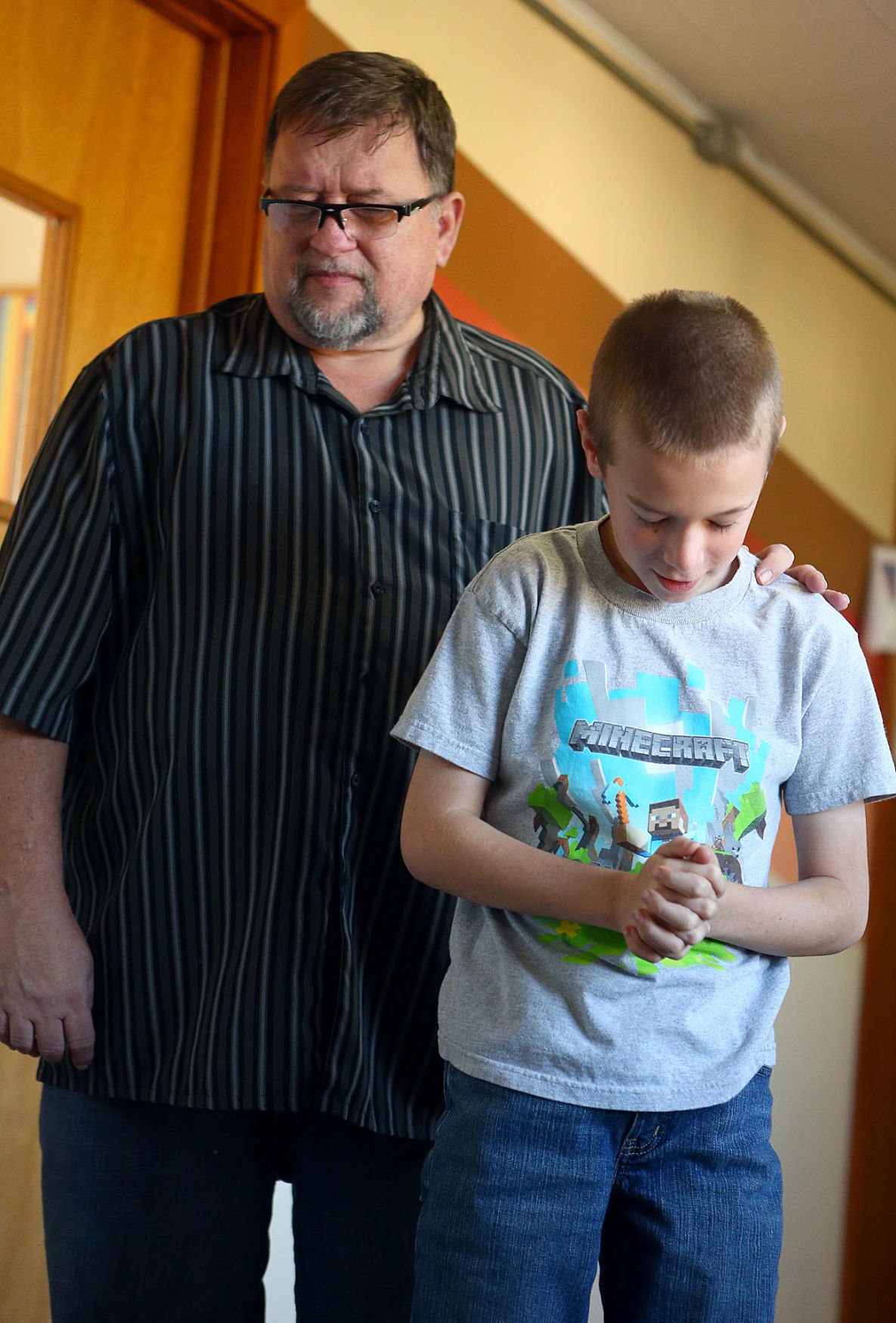 On a Sunday evening in October, Jeff Newton sits in the basement of Trinity United Methodist Church at a table occupied by children from the Garden Square neighborhood, catching up with them on the past week. He knows all of their stories and gives them all equal attention, talking about their schoolwork and how they’ve spent their free time.

Over a dinner of taco casserole, salad and applesauce, the Kokomo Urban Outreach executive director connects with the younger generation.

“Jesus’ disciples were afraid. What are you afraid of?” he asks.

Answers from the children include spiders, getting kidnapped, pit bulls and hoping their “original dad wouldn’t come around anymore.”

Life on the porch

After Newton returned to Kokomo in June of 2005, he observed the people of Garden Square Apartments from his home at the corner of East Hoffer and South Locke streets.

He watched people out on their porches – families intertwining, sharing conversations, watching out for each other’s children, bickering and making up. He saw the challenges they faced, and decided to form Kokomo Urban Outreach, which has continued to expand over the past decade to assist Kokomo’s neediest citizens.

Before Newton arrived at Trinity United Methodist Church, the dwindling congregation’s relationship with the surrounding community was tenuous.

Newton’s wife, Chris, knew her husband’s vision was worth pursuing as they began the early stages of assessing the needs of the neighborhood.

“When he has a vision you jump on board, because it’s going somewhere,” she said. “I didn’t know why God was calling us back to Kokomo, but that’s where he was leading us. I’ve always been naive in some ways. I just believe that doors will open.”

"When he has a vision you jump on board, because it's going somewhere."

Trinity United Methodist Church first opened its basement for a Sunday evening meal and a children's Bible class on Nov. 20, 2005. A few days later it was serving Thanksgiving dinner to 125 neighbors in the Garden Square community, while recruiting 70 volunteers, with food provided by the Kokomo Rescue Mission. They also held Bible study at the church and regular cook-outs in Garden Square.

Just a few days earlier, though, the future of the church wasn’t a certainty. The roof leaked, a refrigerator gave out and there was only enough money in the bank to keep the lights on.

About that same time, a longtime member of the congregation died, leaving 10 percent of her estate to the church. Those in the church thought she was poor, but Trinity received a check for $150,000, allowing officials to get a new boiler, fix the roof, bathroom, refrigerator, tiling and windows.

The funds have helped sustain KUO’s operations in the years that followed, supplemented by consistent volunteer efforts from around 1,000 people.

A man of faith

Newton has been a Methodist pastor for 30 years, leading churches in Lowell, Attica, Pendleton and Hillsdale before returning to lead Trinity United Methodist 10 years ago.

In addition to leading the congregation at Trinity and serving as executive director of KUO, Newton also pastors four other churches throughout the area, preaching once a month at Cassville United Methodist, Parr United Methodist, Hillsdale and Galveston United Methodist churches. Partnering with prospective young religious leaders who essentially "intern" before going into seminary at those churches, Newton is able to cover more ground while still having time to do community outreach.

Kokomo Urban Outreach is in 30 different neighborhoods across the city, providing 800,000 meals a year – its most visible impact in the community. Its reach continues to expand and evolve through offering educational resources for parents and children in low-income neighborhoods in its mission to offer hope, connect communities and strengthen families.

Newton's intent when he returned to his hometown to start the outreach still holds true today: listen, don't dictate.

"It's not about doing something for somebody. It's about walking beside them. You do your part, and we'll do our part. And between us, we'll get something accomplished."

"We listen to the neighborhood and we try to respond," Newton said. "We don't want to go in there and say we have all the answers. What we want to ask is, 'How can we do this together?'

"It's not about doing something for somebody. It's about walking beside them," he added. "You do your part, and we'll do our part. And between us, we'll get something accomplished."

Martin Slagter can be reached at 765-454-8570, martin.slagter@kokomotribune.com or on Twitter @slagterm