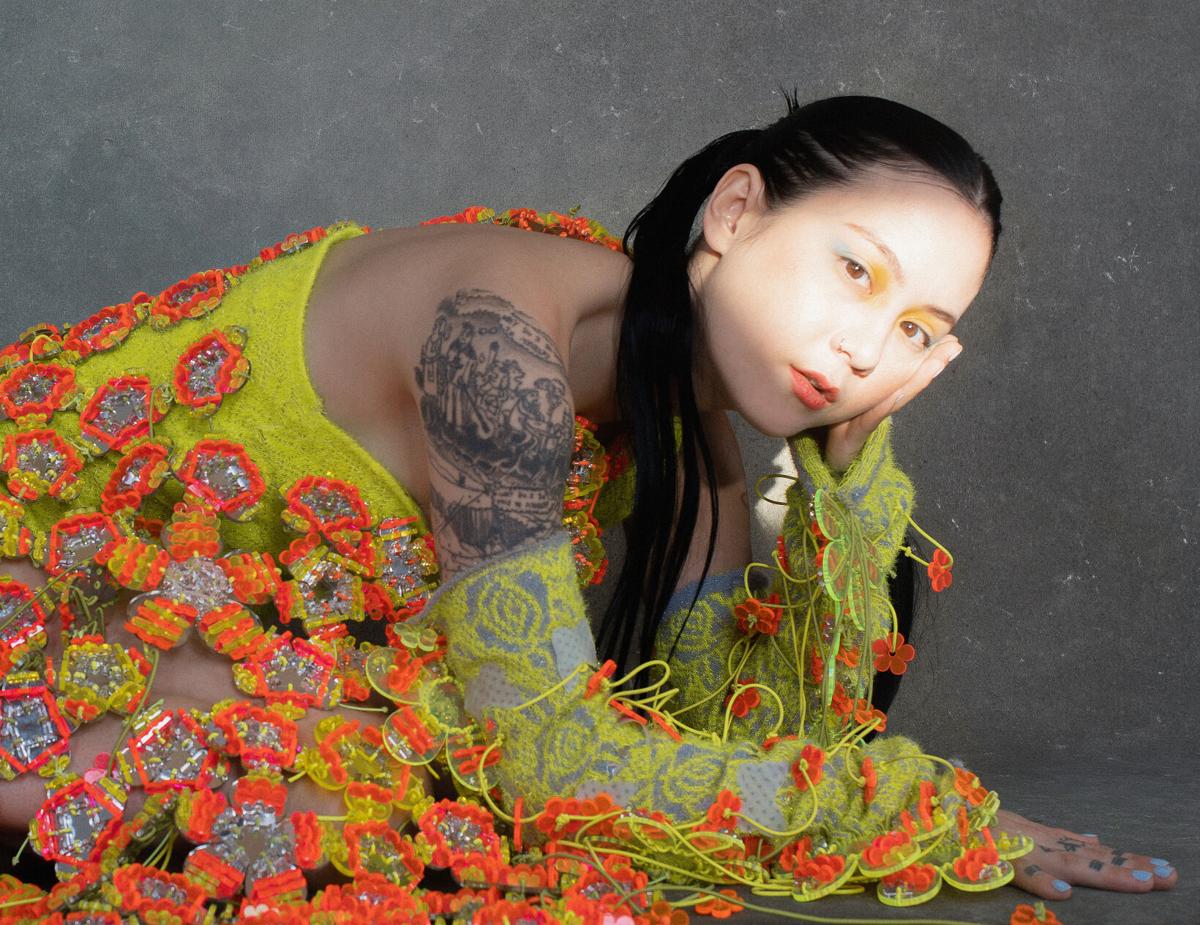 Michelle Zauner, the 32-year-old lead singer and songwriter of Japanese Breakfast, said she wanted “Kokomo, IN” to be a “very traditional song about love and longing.” 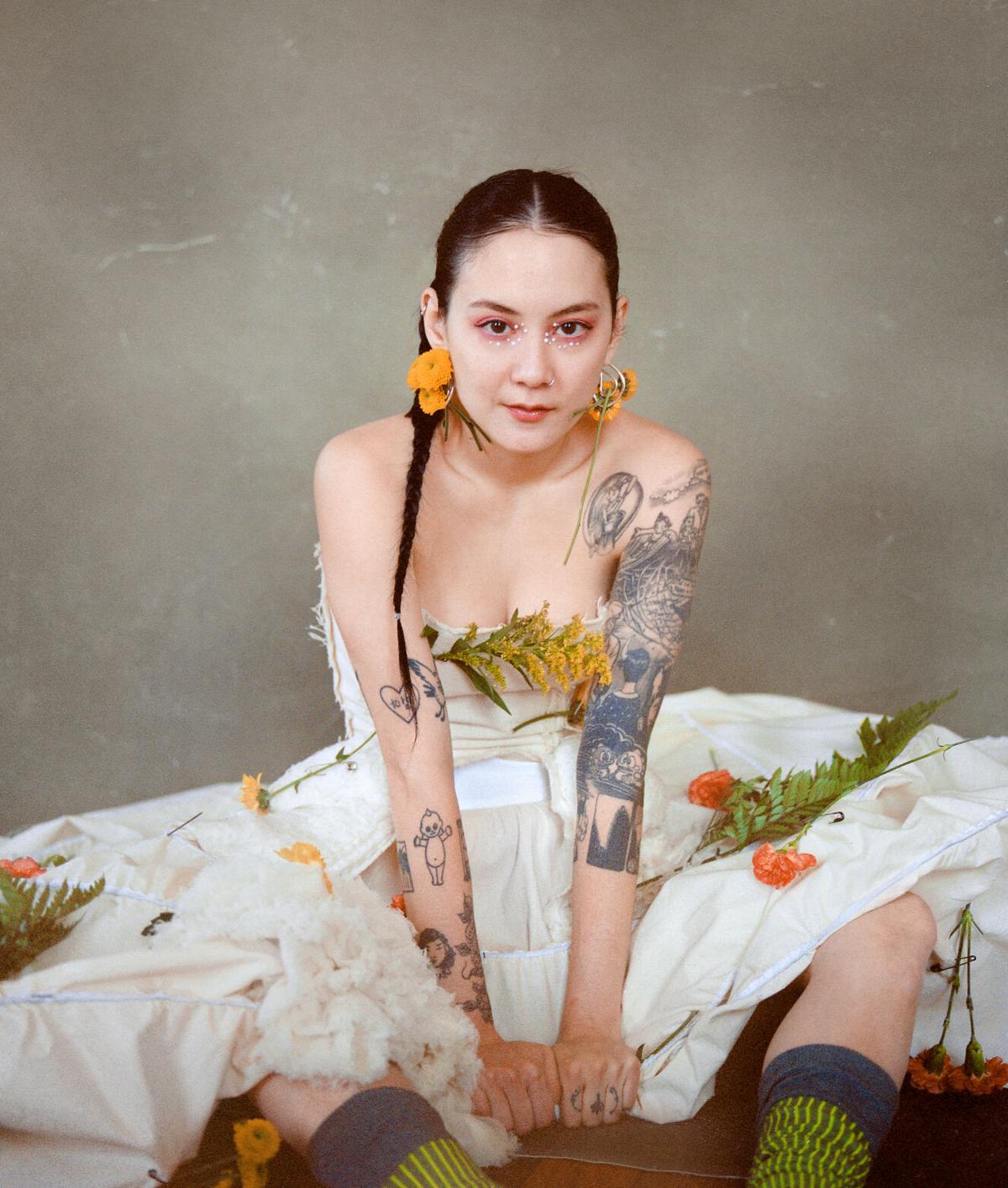 Michelle Zauner, the 32-year-old lead singer and songwriter of Japanese Breakfast, said she wanted “Kokomo, IN” to be a “very traditional song about love and longing.”

Kokomo might have found a few minutes of fame.

Three minutes and 38 seconds of fame, to be exact.

That’s the duration of the song “Kokomo, IN,” by indie-pop band Japanese Breakfast. It’s the third track on the band’s latest album, “Jubilee,” which was released last month.

Though Kokomo itself is never mentioned in the song, the city becomes the backdrop for youth, love and longing, according to Michelle Zauner, lead singer/songwriter of Japanese Breakfast.

It all started, she said, with guitar lessons.

“Something that happens when you take guitar lessons is that your teacher makes you learn a bunch of Beatles songs because they’re real masters of craft — you know, theory nerds who incorporate a lot of minor fourth chords and major sevens,” she told the Tribune during a Zoom interview Tuesday. “And so I was just experimenting with pushing more interesting chord changes into my songs.”

With the Beatles in mind, Zauner said she envisioned a “very traditional song about love and longing.”

“I’m a married 32-year-old,” she said. “I don’t feel those things the way that I felt them when I was a teenager, when they were more interesting and heart-rendering.”

The protagonist at the center of the story would be “a small-town boy in Indiana, saying goodbye to his high school sweetheart who’s off to go on a foreign exchange program in Australia.”

“I just wanted to write a song about, what if you just could accept it?” she said. “You know it’s not going to be forever, and part of loving someone is being so impressed by who they are, and knowing that they’re going to share that with the rest of the world.

And so the song goes: “I’ll wait, passing time just popping wheelies / And kicking round this flyover state / Watching you show off to the world the parts I fell so hard for ... “

When Zauner explained the concept to her drummer, she said he was immediately reminded of the project manager of the band’s record label, Dead Oceans, which rose to fame out of Bloomington.

“It’s like a fanfiction of his teenage years in Bloomington,” Zauner joked at the time.

Except the project manager grew up in Kokomo, not Bloomington.

Along with the Beatles, Zauner also drew inspiration from the strings in Wilco’s “Jesus, ETC.” The arrangement was “so elegant and what we were really trying to capture on the song,” she said.

And “Kokomo, IN” caught the attention of a Wilco member himself. Singer and guitarist Jeff Tweedy covered the song in a video posted to YouTube on July 1. Zauner called it “a real career highlight.”

“I was like, mouth agape, rolling around on the ground for at least half an hour the night that I saw it,” she said. “Of all the songs to cover, I was so happy that he covered that one because it is probably my favorite song on the record, and I think it’s the most impressive composition that I’ve written.”

“Jubilee” is Japanese Breakfast’s third studio album. It arrived on the heels of the April 20 release of Zauner’s debut book, “Crying in H Mart.”

The memoir expounds on an essay Zauner wrote by the same title for The New Yorker in 2018. In it, she examines her upbringing in Eugene, Oregon; her mother’s battle with — and ultimately, death of — pancreatic cancer; and her Korean identity at the root of it all.

“Am I even Korean anymore if there’s no one left in my life to call and ask which brand of seaweed we used to buy?” Zauner wrote in the essay.

For longtime fans, “Jubilee” might sound like a drastic departure in both sound and subject matter from the Japanese Breakfast they’re used to. The band’s previous work drew largely from themes of loss and grief.

But to Zauner, “Jubilee” is more than a pop record about joy.

“They’re not all happy songs,” she said. “They’re about fighting for joy or working to sustain joy or struggling to feel joy.”

And it was the completion of her memoir that ultimately allowed Zauner to let go, in a way, and explore those new themes in her music.

“It’s hard to divorce (‘Jubilee’) from ‘Crying in H Mart,’ honestly, because it’s so close to one another in a way,” she said. “Once ‘Crying in H Mart’ came out — which is the most personal thing I’ve ever put on the world — ‘Jubilee’ was like a breeze.”

While local fans might be disappointed to know that Zauner herself has never been to Kokomo, she said it was her favorite track on the album — and even one of her favorite Japanese Breakfast songs to date.

“I remember it being a mostly freeing feeling to not feel like I had to excavate this huge personal part of myself to make good art,“ she said. “ ... I didn’t have to expose myself in any way to make something that felt universal and beautiful and sweet.”

Emily Wunderlich can be reached at 765-454-8585, by email at emily.wunderlich@kokomotribune.com or on Twitter @EmilyWunderlich.