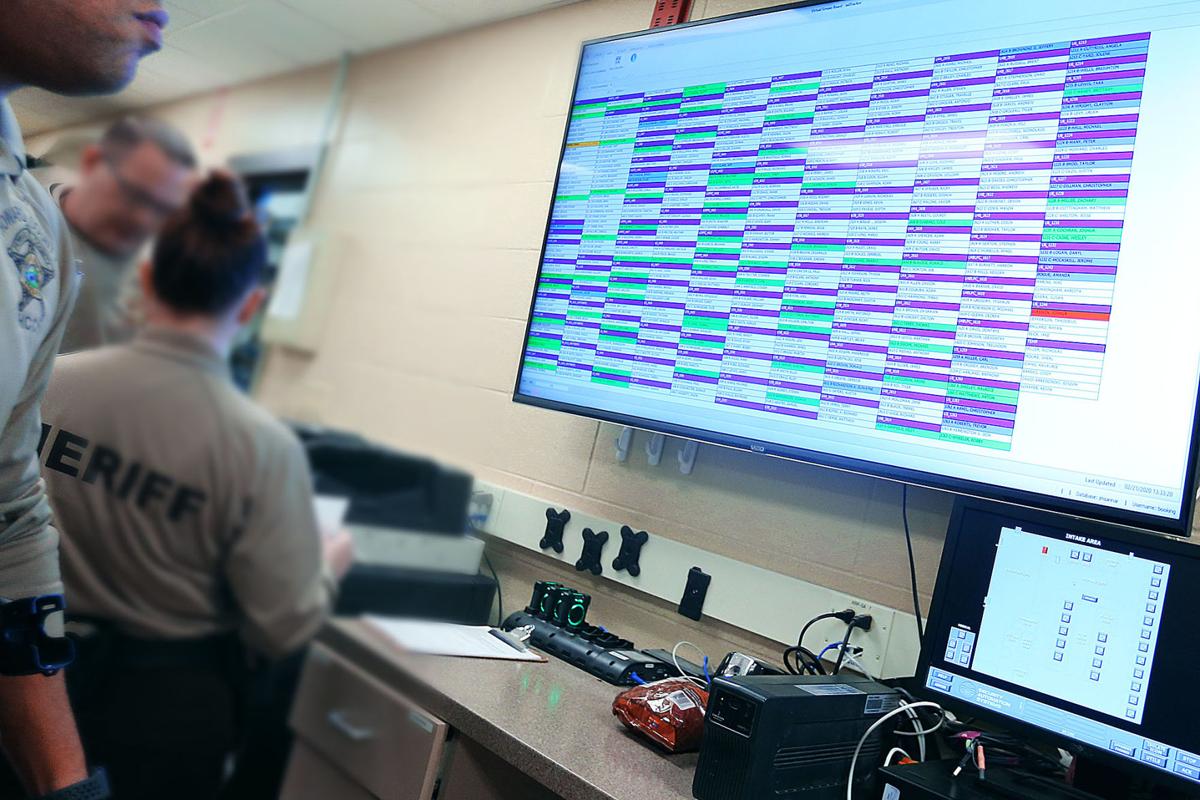 The  Howard County Criminal Justice Center has been consistently overcrowded in part because of the 70 Level 6 felon inmates that the state is housing on February 21, 2020. Over 400 inmates are listed on the log sheet. Tim Bath | Kokomo Tribune 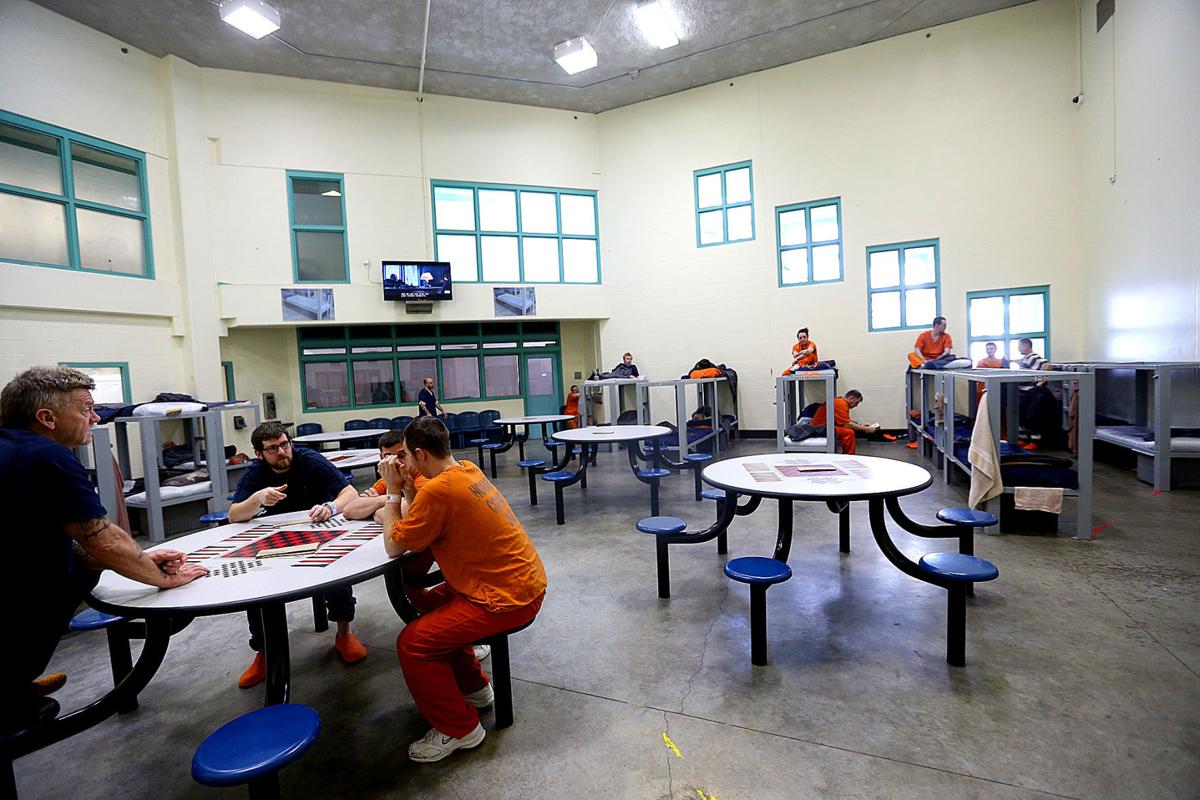 This file photo from Feb. 21 shows a recreation area at the Howard County jail, which was was turned into a dorm for inmates due to overcrowding. 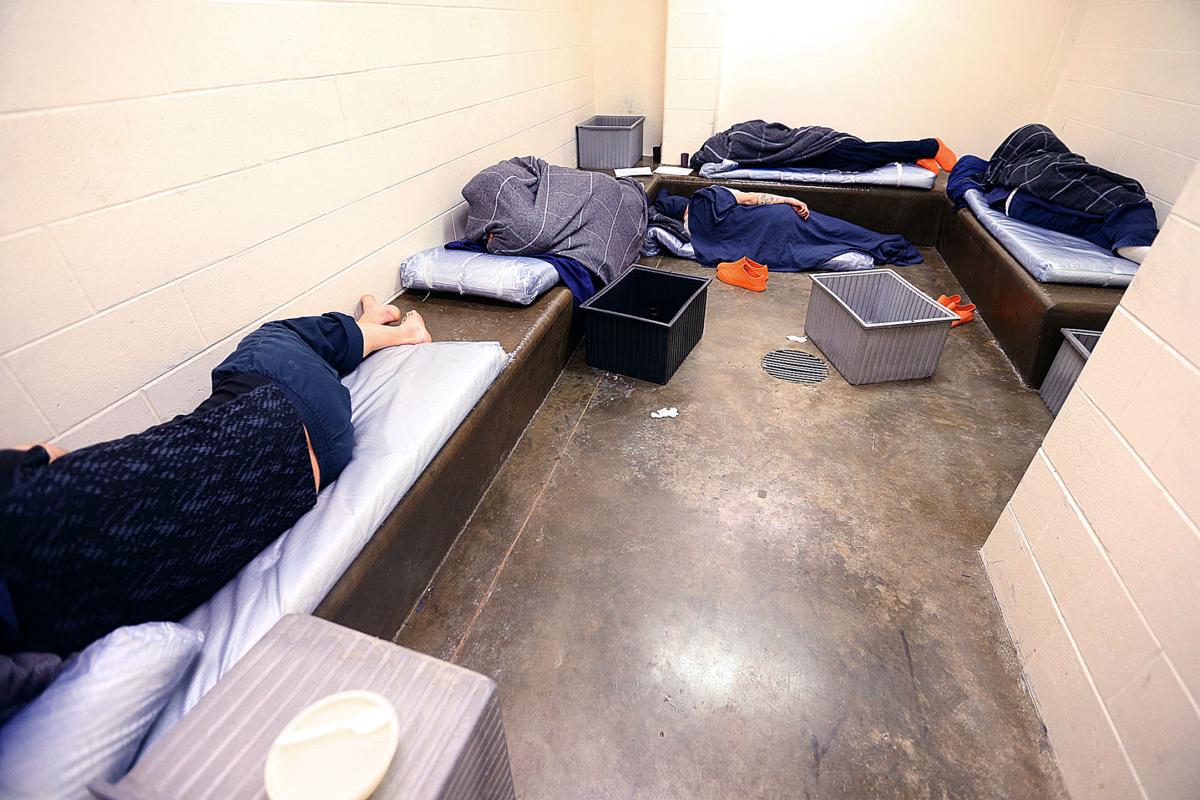 Five inmates sleep in one of the holding cells. Tim Bath | Kokomo Tribune

The  Howard County Criminal Justice Center has been consistently overcrowded in part because of the 70 Level 6 felon inmates that the state is housing on February 21, 2020. Over 400 inmates are listed on the log sheet. Tim Bath | Kokomo Tribune

This file photo from Feb. 21 shows a recreation area at the Howard County jail, which was was turned into a dorm for inmates due to overcrowding.

Five inmates sleep in one of the holding cells. Tim Bath | Kokomo Tribune

Howard County is no different from the rest of the Hoosier state when it comes to dealing with the issues that jail overcrowding presents.

After all, the average population of male and female inmates at the Howard County jail this year alone (464) has far exceeded the fixed-bed count (364), according to Assistant Howard County Jail Commander Lt. Justin Christmas.

Christmas noted that the highest single day total for 2020 thus far has been 483, with the lowest standing at 421.

Again, those numbers are well above the jail’s capacity limit.

Those numbers have also slightly increased since 2019, though Christmas pointed out that last year’s numbers were skewed due to the county’s work release population also being added in with the jail’s population.

In recent years, changes have even been made in an effort to accommodate the growing population, such as adding an additional second unit to house female inmates.

Howard County jail currently houses roughly 120 female inmates, according to Sheriff Jerry Asher, but the original unit they were housed in only had 32 fixed-beds. Opening up a second unit allowed for 96 additional fixed-beds, enough to accommodate those 120 females.

However, Asher pointed out, numbers can change very quickly.

“Wait five minutes, and it could change,” he quipped, referring to the jail’s current incarceration rate.

Asher and Christmas both agreed that there are several issues that play into jail overcrowding, but one area in particular seems to stand out more than the rest, they said.

“The typical problem you get into is classification,” Asher said. “We are required to do that, so when an inmate comes into the facility, we have to see what their needs are, their charges are, and depending on that, you could get into a situation where you have to keep people separated from somebody else. A sex offender, depending on the charge, you might have to put in a protective custody unit, and there’s only so many beds in there.”

But when you don’t have the proper space to do that, it becomes challenging, Christmas added.

“It’s stressful,” he said. “We have to keep inmates that have violent tendencies away from inmates that don’t, so it’s easy to run out of space.”

Like other IDOC officers across the state, Christmas also noted that the legislation that has kept Level 6 offenders in county jails has significantly led to Howard County’s issues.

“We talk about it all the time with people that work in jails across the state about the Level 6 inmates spending time here,” he said. “There used to be a time where those felonies served their time in a prison, but now they stay here. And they stay here for quite a while too.

“We currently have 67 Level 6 felony inmates, and if you take that off the top of the population, we’re closer to our fixed-bed count,” Christmas continued. “That would be a huge help if we have relief there. If they were serving their time where they originally were, we wouldn’t have that additional population.”

Christmas did add that there are some bright spots in the overpopulation conundrum, such as the newly appointed county magistrate that is helping inmates get through the system faster and the hopeful future opening of a female work release center.

But the ever increasing population still has correctional officers and other jail staff frustrated for answers, Christmas said, and he’s not sure if there’s a concrete fix in sight.

“We’re very fortunate that we have the resources here to provide everybody the things they need,” he said. “But it just now takes a lot longer to do them. Just because population goes up doesn’t mean responsibility goes down. So we still have to do the same things we did 20 years ago but just with twice as many inmates.”