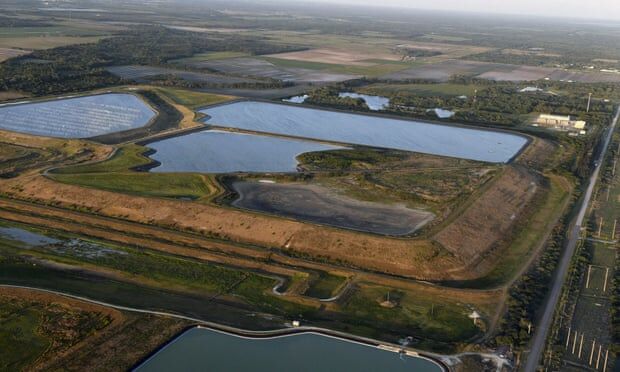 A reservoir near the old Piney Point phosphate mine in Bradenton, Florida, is shown on April 3. 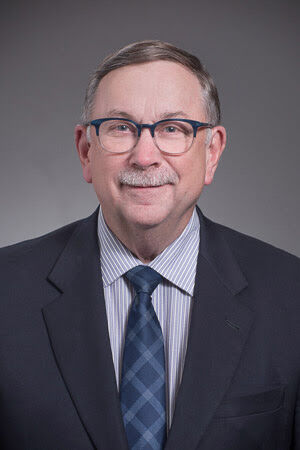 A Kokomo native has been tapped to shut down one of Florida’s most notorious environmental issues.

Tampa Bay bankruptcy attorney Herb Donica was approved earlier this year by a Florida judge, at the request of the Florida Department of Environmental Protection, to serve as a third-party receiver with one goal: safely close Piney Point, a former phosphate plant that is now home to three separate pools collectively containing hundreds of millions of gallons of contaminated water and radioactive material.

Donica has made his home in Florida since 1989 after selling his Denver, Colorado, mortgage company. His career has taken him all across the country, but he has Hoosier roots.

Born and raised in Kokomo, Donica graduated from Western High School in 1971. His family home was located on Country Lane on the south side of the city.

After high school graduation, he attended Indiana University on a full scholarship as a member of the university’s wrestling team, graduating in 1974 with a degree in accounting.

Donica attended law school in Virginia, and after graduation he began his career in the tax department of Coopers & Lybrand in Indianapolis. In 1981, Donica moved to Denver to begin his legal career, soon leaving the practice in 1983 to start his own mortgage origination and brokerage.

He moved to Tampa in 1989, where he’s been ever since, to restart his legal career and open his own law firm.

Until 1994, when the last of his parents died, Donica would come back to Kokomo for holidays and to see his family. But he hasn’t visited Kokomo since, though he almost came back for his 50th high school reunion.

He missed the reunion due to pro bono work in which he represented a nonprofit seeking legal ownership of an old abandoned African American cemetery that sits in the middle of a residential neighborhood in Clearwater, Florida, winning the case in August.

“I just couldn’t stomach dropping the ball on that one,” Donica said of the cemetery case. “It meant so much to these people to get their cemetery back that I just had to see it through ... I wish I could have come back for the reunion.”

Now, Donica has his work cut out for him at Piney Point.

Piney Point has been a known environmental issue for decades, but pressure has mounted in recent months to find a way to abate the issue.

In March of this year, leaks were found in the containment wall of one of the holding pools storing nearly 400 million gallons of wastewater containing nitrogen, phosphorus, ammonia and small amounts of radium and uranium — nutrients that experts warn could contribute to harmful algae blooms, such as red tide.

The leak led to Florida Gov. Ron DeSantis issuing a state of emergency, leading to an evacuation of more than 300 households in the vicinity of Piney Point. The temporary evacuation made national news.

Eventually, the leak was plugged, and the FDEP allowed a monitored discharge of 215 million gallons of the water into Tampa Bay.

The possibility of the entire site overflowing and flooding the area and bay with contaminated water caused Florida lawmakers to secure $100 million for the permanent cleanup.

That’s when Donica stepped in. He is no stranger to unique or large cases or even to Piney Point, having previously worked as a bankruptcy trustee when Mulberry Corp. abandoned the property in 2001.

In 2006, HRK Holdings LLC purchased the property from the government with the requirement that they maintain the site.

However, a spill at Piney Point in 2011 released 170 million gallons of contaminated water into Bishop Harbor and Tampa Bay. HRK Holdings filed for bankruptcy shortly thereafter, citing expenses from the cleanup. There’s been more than a handful of times Piney Point has leaked contaminated water or gases, and Florida conservation activists say it’s a matter of when, not if, another leak happens.

Since then, activists have alleged the state and HRK have been negligent in their handling of Piney Point, suing the two earlier this year.

For Donica, the current situation and subsequent blame game resembles what he dealt with 20 years ago in the bankruptcy case of Mulberry Corp.

“Here we are again,” Donica told the Bradenton Herald in August. “I could’ve gone to sleep for 20 years.”

No final decision has been made yet on how to remove the contaminated water, but Florida state and county officials hope to secure a permit to drill a deep-injection well that would pump the treated wastewater 3,000 feet below the aquifer. Experts say the water would undergo a natural treatment before reappearing in the Gulf of Mexico tens of thousands of years later.

That idea has faced some backlash from conservation activists, who express concern that the treated wastewater may still contain pollutants and may enter the area’s drinking water.

Whatever the solution ends up being, Donica said he’s committed to finally putting the issue to rest for the sake of the health and economic stability of the region — a process that he estimates will take around five years.

“In western Florida, the local economies are reliant on the bay, such as tourism and fishing,” he said. “When a red tide (algae bloom) occurs, they’re out of business. It’s terrible and has a major impact on the economy. It’s dangerous health-wise ... It’s just not safe.”

Information from the Bradenton Herald, Tampa Bay Times and Associated Press was used in this report.