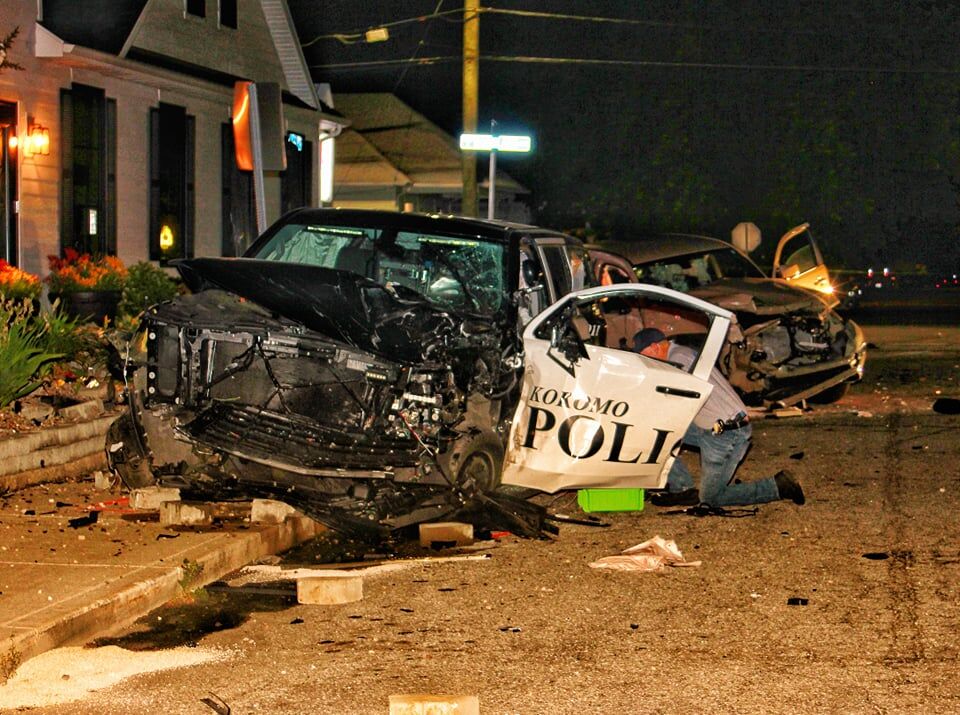 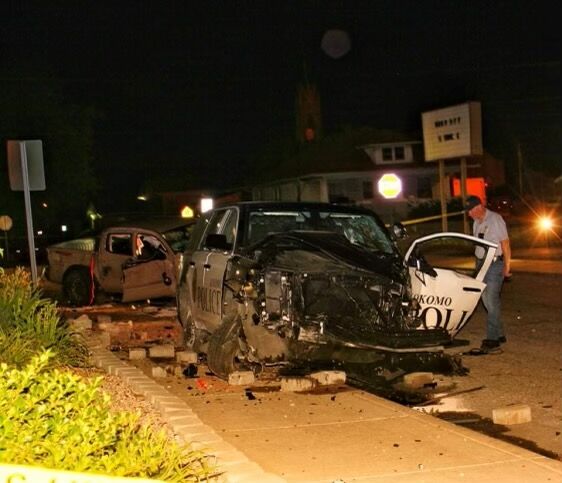 An officer with the Kokomo Police Department was involved in a two-vehicle collision while in pursuit of another vehicle near downtown early Wednesday morning.

According to Capt. Scott Purtee, police initiated a traffic stop on a white Dodge Charger with no license plate at the intersection of Wheeler and Locke streets shortly after 12 a.m. Wednesday.

The vehicle then fled the scene, Purtee said, which led to a pursuit.

During the pursuit, a KPD police vehicle involved in the chase then collided with a tan Toyota Tacoma truck near the intersection of Purdum Street and Markland Avenue, Purtee noted.

Purtee didn’t identify the officer or the two occupants of the other vehicle involved in the collision, but he did state they all suffered injuries as a result of the incident.

One occupant of the truck was airlifted to an Indianapolis hospital, Purtee added, and that person’s condition is unknown at this time.

Due to the collision, Purtee noted that the white Dodge Charger was able to flee the area without being caught, and police are now asking the public for help in locating that driver.

If you have any additional information on that person’s whereabouts, or on the collision itself, you are urged to contact Officer Greg Smith at gsmith@cityofkokomo.org or the KPD Hotline at 765-456-7017. You can also contact Central Indiana Crime Stoppers at 1-800-262-TIPS.