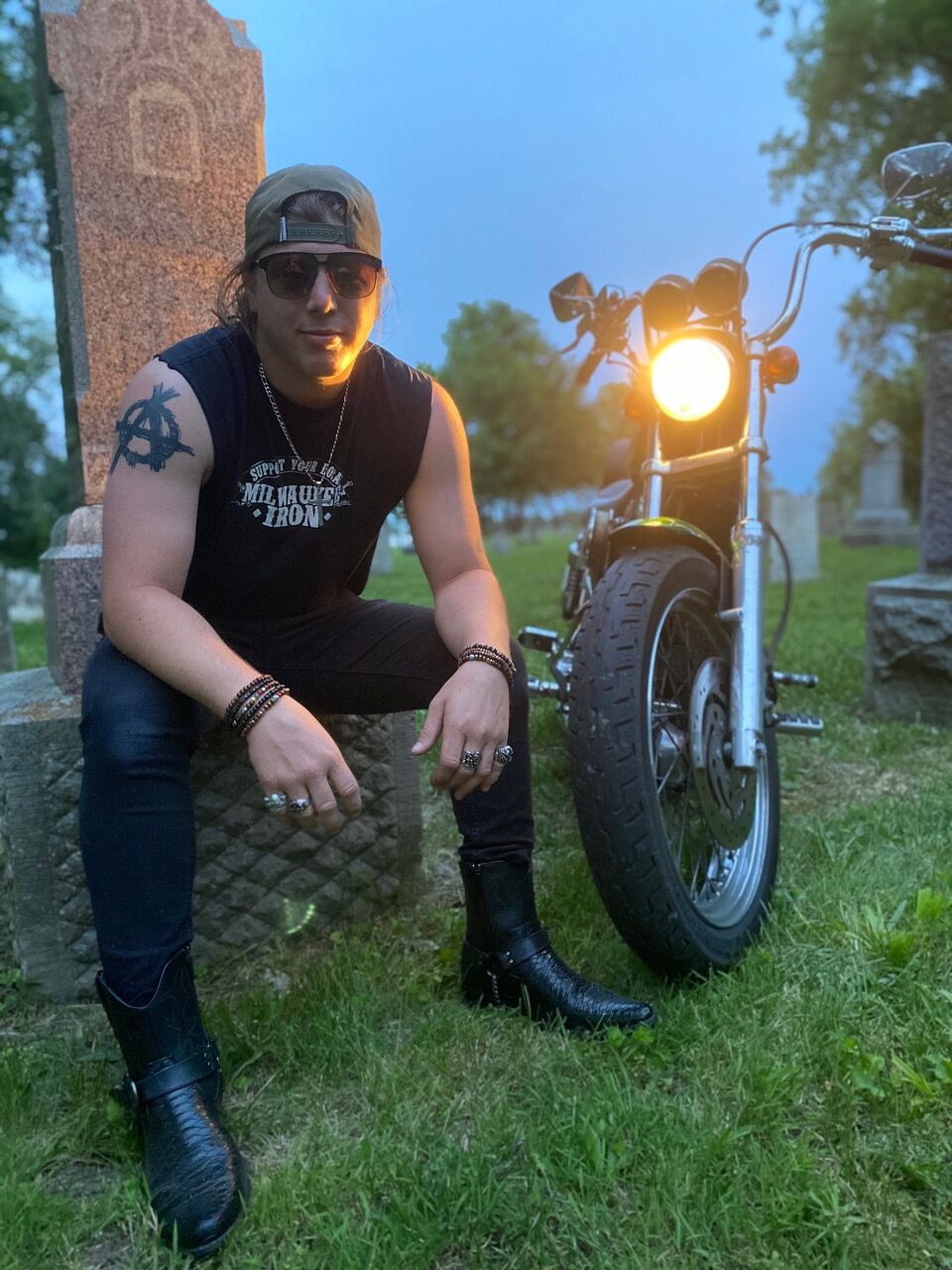 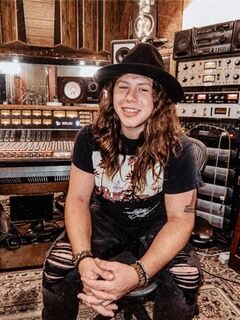 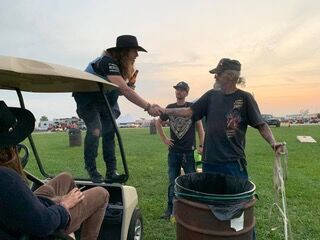 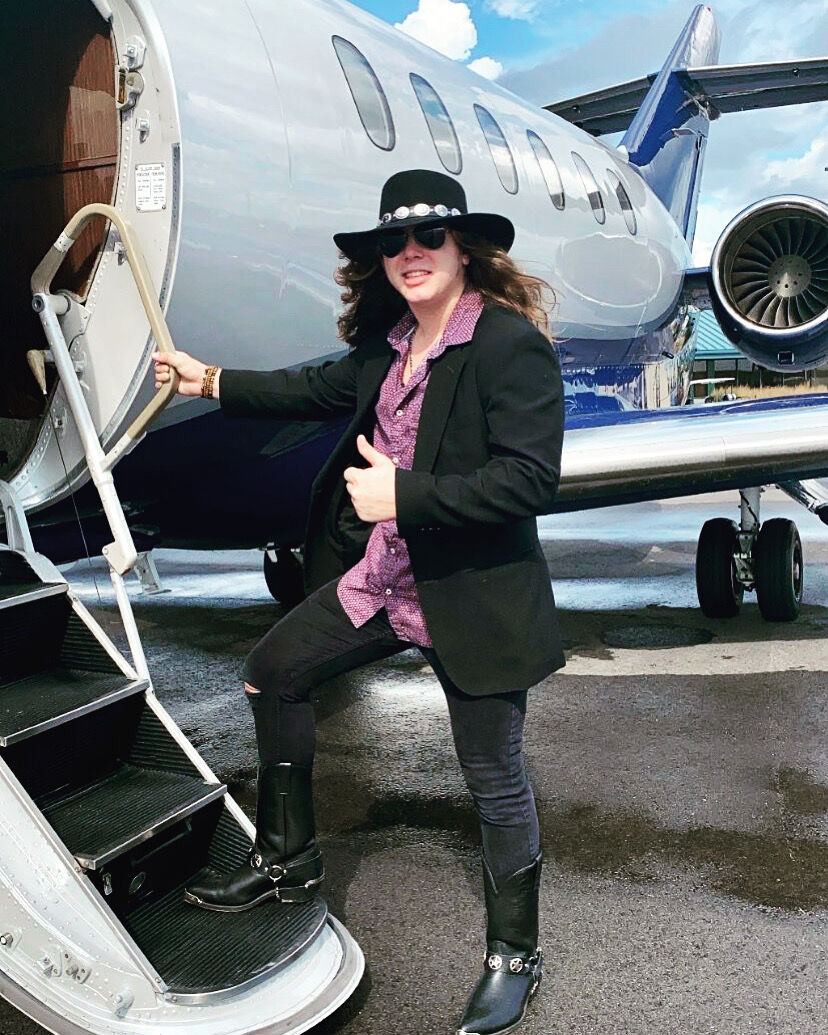 When Aaron Sparling moved from Kokomo to Nashville, he had one plan: to follow his dreams of making it big in the rock music scene.

For those first few months in the Music City, things were tight.

"About three months into moving here, I was so broke," he said. "It's so expensive living here. I went from paying $400-$500 paying rent in Kokomo to paying like $1500 a month down here. To say the least, it was a pretty rough first summer here."

But then, Eddie Reyes, founding member of Taking Back Sunday, reached out to Sparling. The two have known each other for years, and Reyes was returning to the music scene after struggling with mental health and substance abuse.

In the midst of that rough first summer, Reyes asked Sparling if he'd be interested in touring with his new band, Fate's Got a Driver. Within a month, they were on tour from all over the upper East Coast and Canada.

"I was gone for a month and a half (on tour), it was amazing," he said. "When I got home, I was so pumped. Ever since then, I've had a fire burning in me. I just want to get to that point where I don't have to worry about working a day job or anything but just writing music."

That was about two years ago, and Sparling has kept fueling that fire. The 23-year-old grew up in Kokomo, and moved to Nashville when he was 21 to further his career.

The rocker's interest in music began when he was too young to reach the pedals on a piano. He called his first experiences with instruments "fascination."

"I lived with my grandparents when I was younger and they had this old piano in the dining room. I used to play that thing from the time I was like four years old," he said. "I was up there pounding on it, making noise. Eventually I just started kind of learning. I had a natural ear for it."

In the next few years, Sparling picked up guitars and drums. He said he started taking music seriously at 10 years old.

"I've never taken a lesson in my life, I'm completely self-taught. It's just a God-given talent," he said.

Sparling is 23 now and has made a few things from that God-given talent. After his tour with Fate's Got a Driver, he caught the ear of Ashley Purdy, a former member of Black Veil Brides, and the pair began working together. From there, Sparling started working on his own sound.

Sparling recorded his first two singles at Fame Studios in Muscle Shoals, Alabama. His first single, "Run With Me," will be released on Nov. 6, available on platforms where you stream and download music.

"People like Aretha Franklin cut her number one there... I mean just all kinds of people. The Allman Brothers were formed there," he said. "I met some really cool people down there that have helped me out to get where I want to go."

He wrote the single when he still lived in Kokomo, and he said that there's not much of a story behind it, but described the jam as "a really upbeat, cool, rock'n'roll song."

Sparling said he's passionate for all types of music but is particularly inspired by Tom Petty, citing the late rock star's style for teaching him "lots of tips and tricks how to play and do certain things." He also listed The Foo Fighters, The Eagles, Lynyrd Skynyrd, Mötley Crüe and Van Halen as influences for his personal style.

"I'm a huge music lover and I don't want to limit myself to one kind of genre of music," he said. "I write all kinds of different songs, whether or not I release them is different but I write all kinds. I write country songs, rock'n'roll, hip-hop, heavy alternative. Sometimes I'll give them to other artists and don't want to publish it under my name."

Sparling said the traction he's gained in the music scene was by no means overnight. Music has been the plan from the beginning.

"It's hard to believe sometimes. I've always had this drive in me since I was little, it's almost like a calling where I just knew young that this was what I wanted to do with my life. I've poured my soul and being into doing this," he said.

"Now, when I come back I pack everywhere I go," he said. "It feels so good to have all of that support, it's pretty great coming back to all of that love."

Now, the ultimate goal is to keep writing, make more music, and get back to touring.

"It's a fast life in sometimes rough conditions, but I wouldn't ever have it any other way. I don't have one bad thing to say about what I do."

Check out his music: