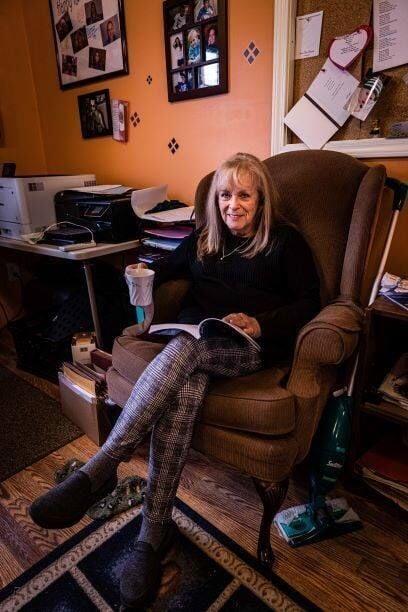 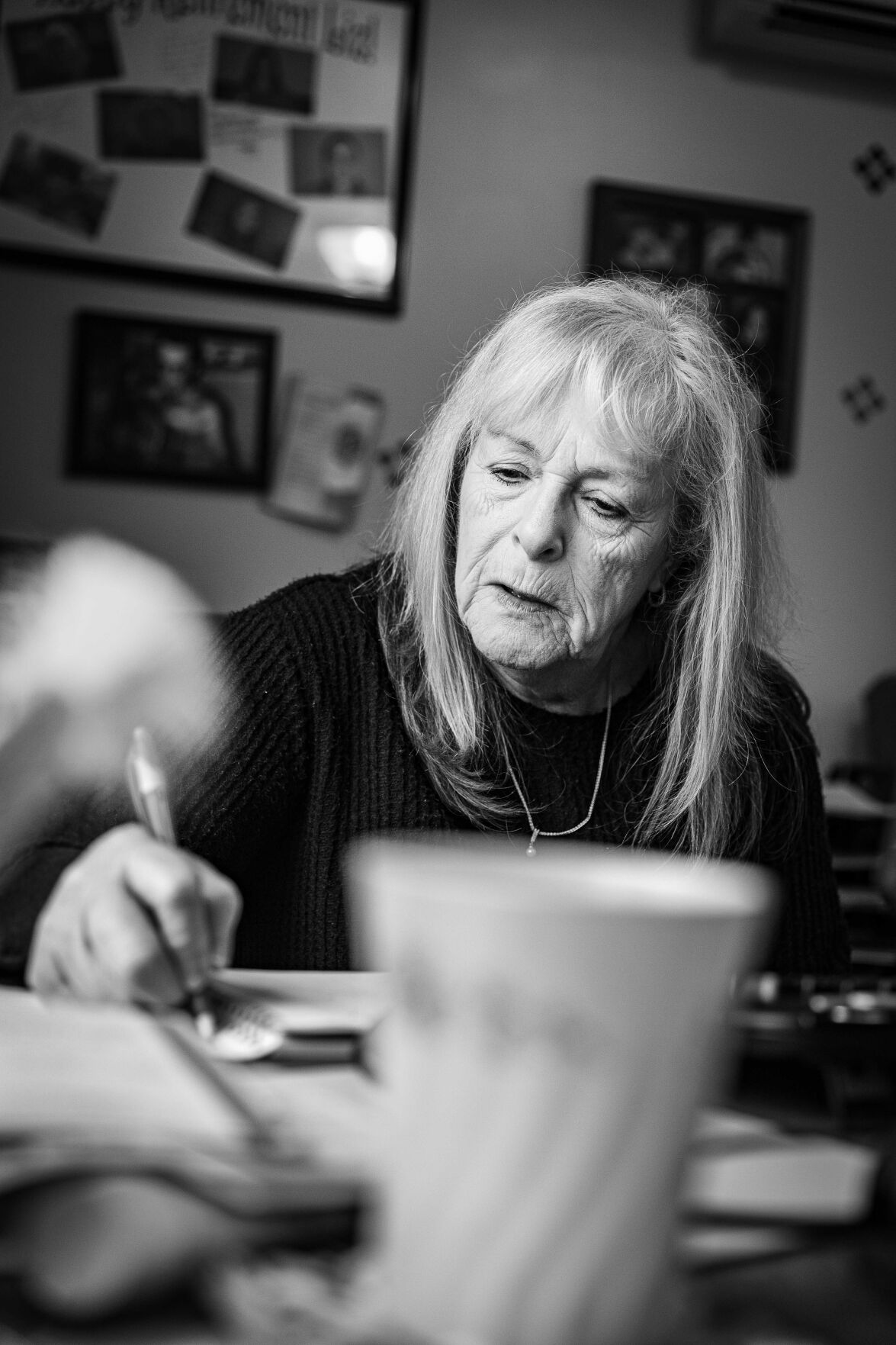 It's been years since Liz Flaherty last wrote her column for the Peru Tribune, but now those pieces live on.

Flaherty's book, "Window Over the Sink,"— named after the column — is a collection of essays that ran over the course of decades in the local paper. She chose to publish the book this year after "finally" heeding her husband Duane's advice.

Flaherty, 70, also writes romance novels and is a USA Today-bestselling author for her novels. She's no stranger to publishing books. When she pitched the column collection to her publishers years ago, they weren't interested, and the author let it go.

"My husband kept it up," she sad. "We have seven grandkids. He said, 'You know you'll want them to have that.' So I finally did it."

The author put pen to paper when she took a creative writing course from a columnist, and found that she really enjoyed writing essays.

"I fancied myself an Erma Bombeck-wannabe," she said. Bombeck is a humorist whose column, "At Wit's End," was syndicated across 900 newspapers from 1965-96, according to ermabombeckcollection.com.

Flaherty became comfortable with writing. She was a "stringer," a freelance writer, at the Peru Tribune, and she started selling a few essays to some small magazines. She garnered the confidence  approached the Tribune's news editor, Jeff Ward, about running her column in 1988.

"I asked him about it, I sent him some samples. He asked his managing editor, and I'm not really positive how he said yes, but he did. And I wrote the column for years."

Flaherty is unsure when she stopped writing the column for the Peru Tribune, but she also published the column in "Miami County Perspective," "Peru Indiana Today," as well as for several websites and including "Still Moments Magazine," she said.

Ward wrote the foreward to the book, in which he described Flaherty's pitch.

“Journalists, particularly editors, are a cynical bunch," he said in the release. "We question everything and everyone’s motive. So that cynical trait cranked up to 11 when I picked up the telephone in the early 1990s – the exact date escapes me – to hear a woman’s voice on the other end pitch her idea for a column.”

While Ward was cynical, Flaherty quickly proved herself.

"It was one of the better decisions I made as a young journalist and editor," Ward wrote in the foreward.

"It's basically a slice of life," she said. "A lot of times it's funny, sometimes it's political, which is really not a good thing for me living where I live. It's, I don't know, life from the window over the sink. I'm old, I've done these things, I've lived this long. I've raised kids, I've loved grandkids."

While Flaherty loves being a writer, it's not all she's done, she retired from the Post Office in 2011 after 30 years. This month, she and Duane Flaherty will celebrate 50 years of marriage.

The pair had three children, but Flaherty counts her children's spouses as her own.

"I'm convinced they brought them home just for me," She said.

She said she's lived in Miami County her whole life, which was not her intention.

"I knew growing up as a Democrat that I did not want to stay here the rest of my life," she said. "And yet, I live five miles from where I grew up."

Flaherty said she and her husband joke that, along with a few friends, they are the six Democrats in the state. She said the last five years has been the only time it was difficult to be a Democrat.

She’s also written many romance novels for Harlequin, Kensington, Carina Press, and The Wild Rose Press, plus a few releases that are parts of anthologies. She’s been published in "Ladies Home Journal," "Saturday Evening Post," "Christian Science Monitor," and many other publications.

Counting novellas, it's over 20 books. As far as full-length books go, she's written 12 or 14. She said it's hard to keep track.

Despite all of her knowledge of having a book published, she went the self-publish route this time, because this book was meant to be a gift to her grandkids.

Even though she's a seasoned author, Flaherty said that publishing "Window Over the Sink" has felt like a big deal.

"Actually, it's more exciting than I thought," she said. "Before it came out, I felt like the first I sold a traditionally-published book. And I still am just as excited."

She was even excited enough to hold a book signing, something she really doesn't enjoy.

"It was probably the most successful one I was ever a part of," she said. "And book signings are probably the least favorite thing in my whole life."

Flaherty still regularly writes for her blog on lizflaherty.net, a slice of her life as it stands. "Ends, Beginnings and Funny Feelings," a Feb. 27 blog post, examines the feeling of nostalgia and sentiment attached to the family home, 40 acres that had been in her family for over 100 years.

"Mostly I am happy that the person who bought the place will take care of it," she wrote. "He will respect and nourish the land in exchange for what the land gives back. So I'm good with it."

"Window Over the Counter"