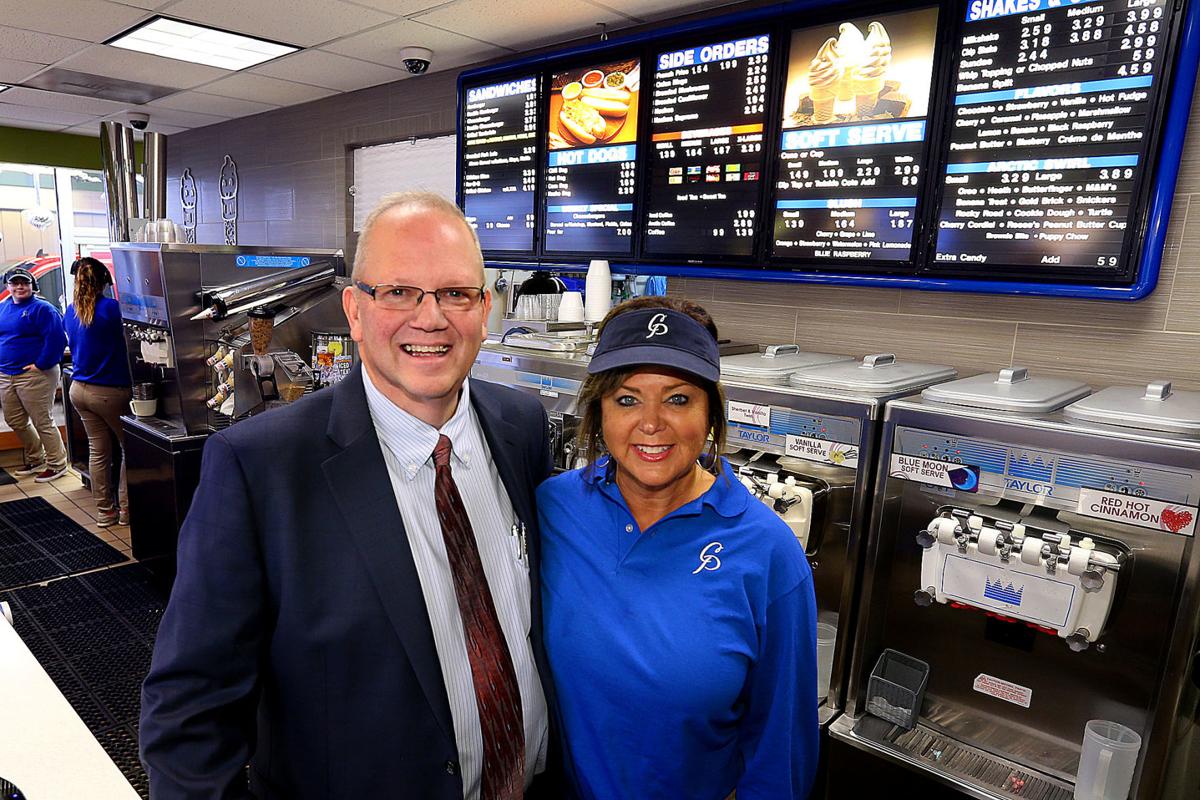 Jeff and Tami Stout who took over the operations on Jan. 2, 2019, of the Cone Palace. Tim Bath | Kokomo Tribune 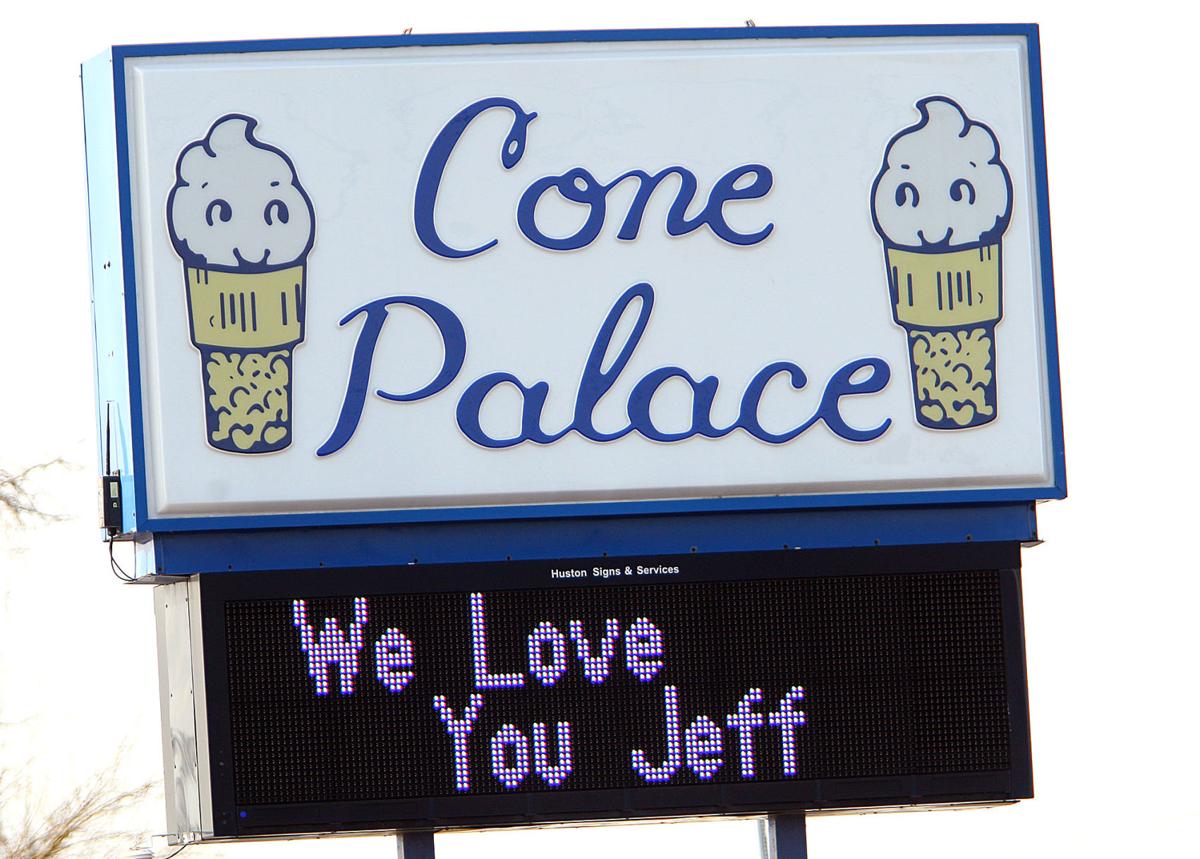 The sign at Cone Palace expresses the staff’s feelings over the death of Jeff Stout, who, along with his wife Tami, owned the restaurant. 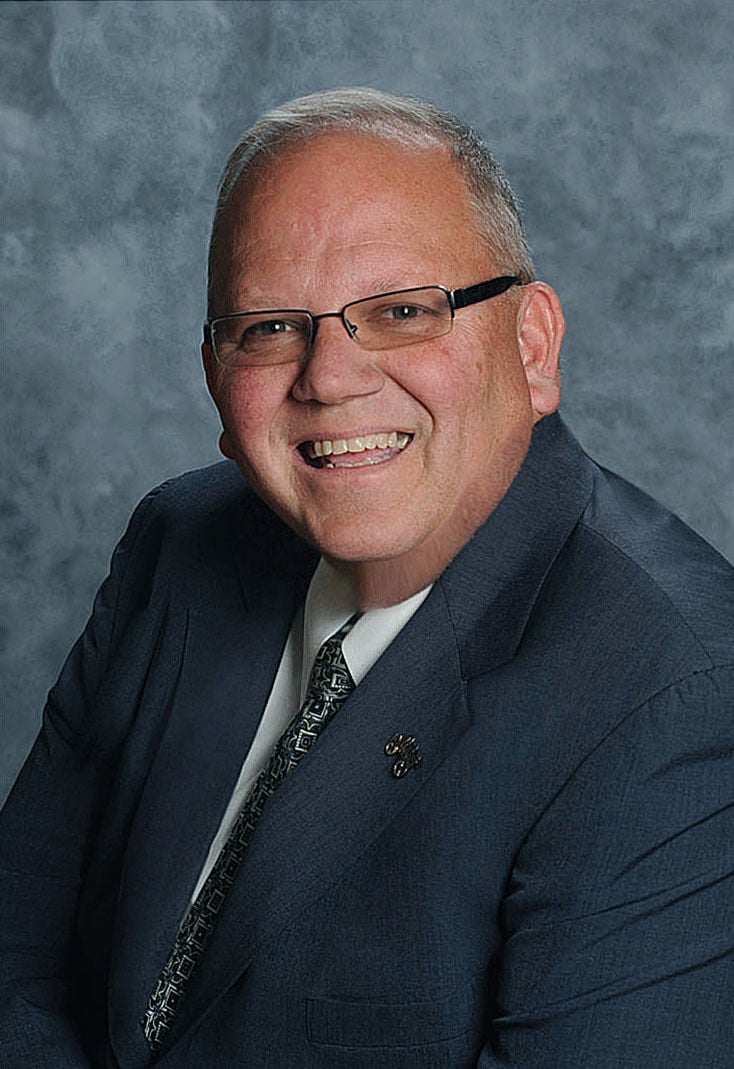 Jeff and Tami Stout who took over the operations on Jan. 2, 2019, of the Cone Palace. Tim Bath | Kokomo Tribune

The sign at Cone Palace expresses the staff’s feelings over the death of Jeff Stout, who, along with his wife Tami, owned the restaurant.

When Kokomo resident Ocean Sharp’s sister lost her baby a few years ago, Sharp went to the funeral home to pick up an urn as well as a necklace that contained some of the infant’s ashes.

As she got out her checkbook to pay for the necklace, the lady at the desk said it had already been paid for.

“I know he [Stout Funeral Homes & Crematory owner Jeff Stout] paid for that thing,” Sharp said. “That’s just the thing he’d do and the kind of guy that he was.”

There are countless stories like that all across the community too, Sharp said, stories of a man who went above and beyond for those who were grieving the loss of a parent, sibling, child and even a pet.

Stout died Friday after succumbing to complications from a massive stroke he suffered earlier in the week.

“Jeff was an inspiration to many, and he was dedicated to his family and profession,” Friday’s statement read. “Though words cannot adequately describe the loss we feel today as a family, we find peace in the enormous legacy that Jeff leaves behind.”

A graduate of Kokomo High School and Indiana College of Mortuary Science, Stout went into the funeral business alongside his grandfather before eventually partnering with several local funeral homes with the “goal to provide long term personal care to Howard County and the surrounding areas,” a biography on the Shirley & Stout funeral states.

Along with his work there, Stout was also a longtime county councilman, a role that his colleagues said fed his passion for public service.

“Jeff was a great man who has left a wonderful legacy,” fellow County Councilman Bryan Alexander said in part. “He will be greatly missed. I pray for comfort for his family and close friends during this most difficult time.”

Howard County Clerk Debbie Stewart said on Friday that Stout’s political legacy will forever be remembered for the issues he fought so hard for.

“He was a very good councilman,” he said. “He studied all the issues, and always had some good ideas to add to the conversation. But even more than that, what he’ll be remembered for is the way treated people. I call him a humanitarian, because he cared about everybody.”

Papacek said Stout’s love for the county was obvious, but he never made a show of his many good deeds for residents.

“I’d say most people don’t have any idea what he did for people,” Papacek said. “He didn’t really want any acclaim for doing that, because that’s just the type of person he was.

Among the many other hats Stout has worn over the years has been former Howard County coroner, Russiaville firefighter and ambulance attendant, as well as current co-owner of Cone Palace with his wife Tami, which the couple purchased in January 2019.

“Janet and I were so saddened to hear the news about Jeff’s passing,” Indiana Gov. Eric Holcomb said in a statement. “I can’t think of another Hoosier who helped more neighbors make it through their own times of struggle than this man. I’ll miss his comforting warm smile and laughter on my continued trips to Kokomo and the Cone Palace. Janet and I are keeping his friends and family in our prayers as the days ahead unfold.”

And though Stout did wear many hats in his lifetime, perhaps his most favorite ones were those of husband, father, brother, son, granddad, uncle and friend.

“He’s probably the truest example of compassion and love embodied in one person,” Sharp said. “His legacy is huge, and I never left his presence without feeling better than when I was first saw him. But that’s just who he was.”

And the void Stout leaves behind, Sharp noted, is huge.

“Most people in this town have a backstory with him,” she said. “And it’s always nothing but positive. He was larger than life. I was never out in public and ran into him that he didn’t ask about my husband or kids by name. He remembered that. He knew thousands of people over the years, and he still remembered that.

“This is just a huge loss for us, on all fronts,” she continued. “It’s still fresh now, but I think we’ll really realize in the coming months just how huge the loss is. But even in death, he’ll carry on.”