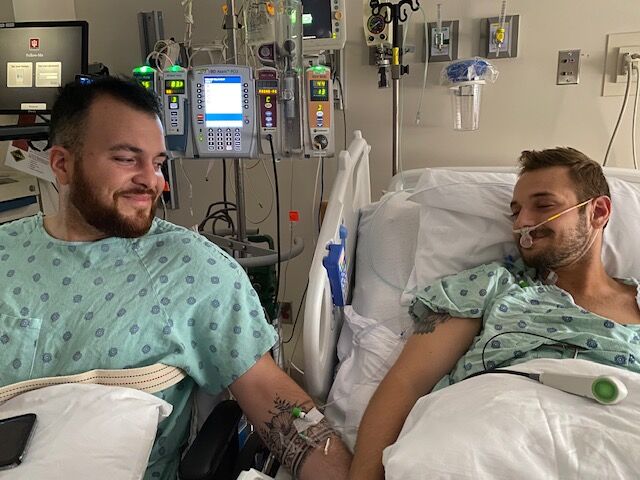 Rafael Díaz, left, donated one of his kidneys to his husband, Reid Alexander, who was on the transplant list in two different states. 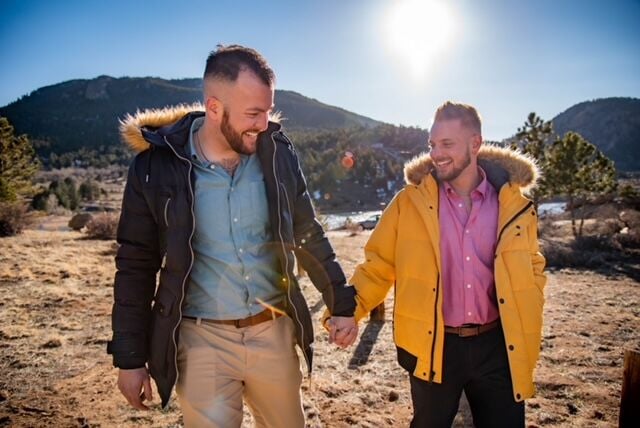 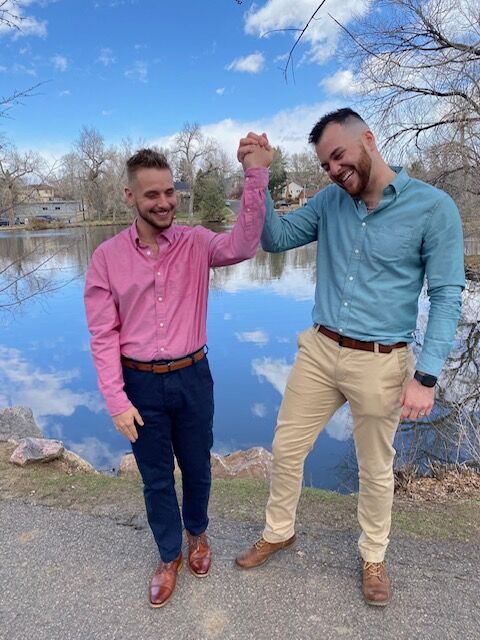 Rafael Díaz, left, donated one of his kidneys to his husband, Reid Alexander, who was on the transplant list in two different states.

It’s a love story that seems to write itself.

Reid Alexander was helping a friend move into their new place in Denver, Colorado, when he matched with a man on Tinder, an online dating app.

The two stayed in touch until Alexander, a Western High School graduate, moved to Denver himself. Two days after he moved to Colorado, Alexander met Rafael Díaz.

“From that time on, we were together every day,” Alexander said.

Alexander said during a recent interview with a Denver news station that it feels like he’s known Díaz his entire life.

The two married in April.

Alexander was on the transplant list at IU Health when he met Díaz.

Diagnosed with Alport syndrome at 17, Alexander needed a kidney.

Alport syndrome is a disease that damages the tiny blood vessels in the kidneys. It can lead to kidney failure.

Tubbs, a nurse, took her son to the hospital after he complained of swollen legs after a shift at Texas Roadhouse, which led to the diagnosis.

Then, on their wedding day, IU Health called with what seemed like good news: They had kidney for Alexander.

Alexander would not receive that kidney, though.

Essentially, the kidney was in the cooler ready to go, but the timing wasn’t right on Alexander’s end. He couldn’t get there in time and would have to rely on another donor.

But there was still hope. Díaz was waiting to hear if he was a possible match.

In June, Alexander found out Díaz was a perfect match.

“We were literally at the bank,” Alexander said during a Zoom call earlier this week. “I was really emotional at the bank teller.”

The couple hit one more snag, though.

Doctors in Colorado weren’t comfortable doing the surgery. Díaz’s kidney is larger and has more arteries, which makes for a harder surgery.

Alexander was on the transplant list in both Colorado and Indiana. He called IU Health and asked if they could do the surgery.

A picture posted on Alexander’s Facebook page shows the two right after surgery, looking into each other’s eyes, holding hands and smiling, still in their hospital gowns.

“It was something I wanted to do since I met him,” Díaz said.

It speaks to the love they have for each other, Tubbs said.

Alexander’s mom said Díaz begged to be on the same floor as his husband at the hospital and considers him the love of his life.

The two are staying in Kokomo while they recover, and they’re in good spirits.

“I definitely feel something missing out of my body,” Díaz said.

“You feel normal, you feel good … but it’s crazy to think I have a third kidney in me,” Alexander said.

Doctors did not remove Alexander’s other kidneys. Not doing so makes it easier on the body.

Alexander’s new kidney is working, but it will be some time before the two can return to their lives in Colorado. The most challenging part will be finding the right medication to make sure Alexander’s body accepts the kidney.

Alexander and Díaz could end up spending six to 12 months in Kokomo. Alexander said the transfer process of becoming a patient in Colorado is a process of its own, which likely means they will be in the Hoosier state longer than expected.

Health insurance covered the surgery, but Alexander and Díaz set up a GoFundMe to help them cover costs while they are recovering in Indiana. They quickly reached their original $7,500 goal before upping it to $11,500.

“It started off a little slow, then boom,” Alexander said. “It will definitely help and be like a nice cushion for us.”

Though married for just a few months, Alexander and Díaz have been through more than some couples will experience in a lifetime. Luckily, they have each other’s perfect match to help them navigate it.

“It has been a rollercoaster through the whole process,” Alexander said.