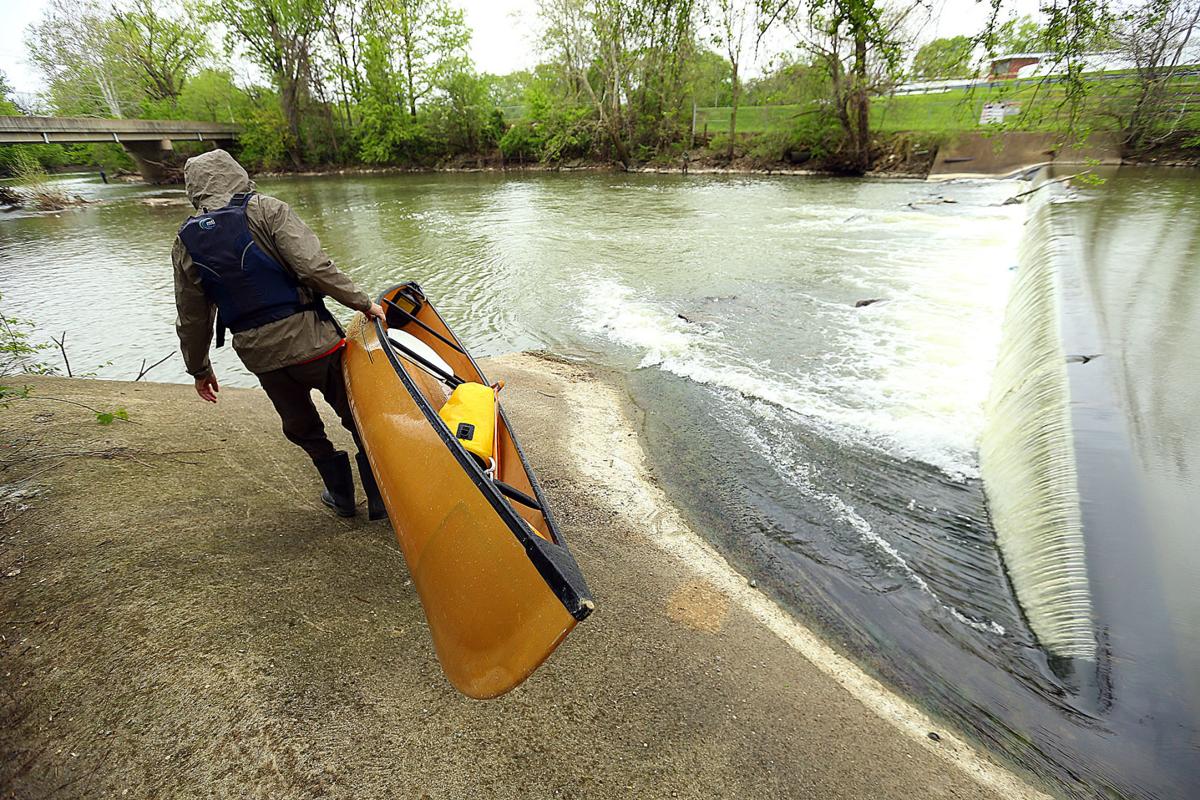 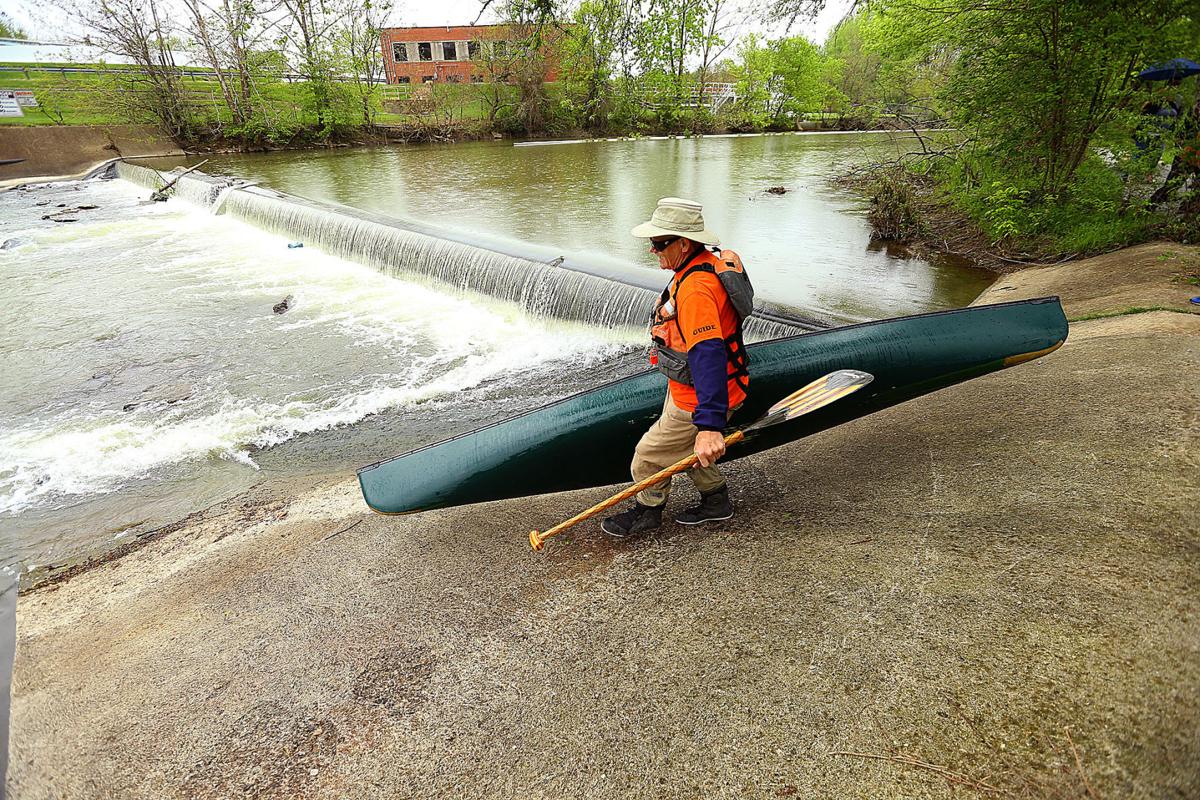 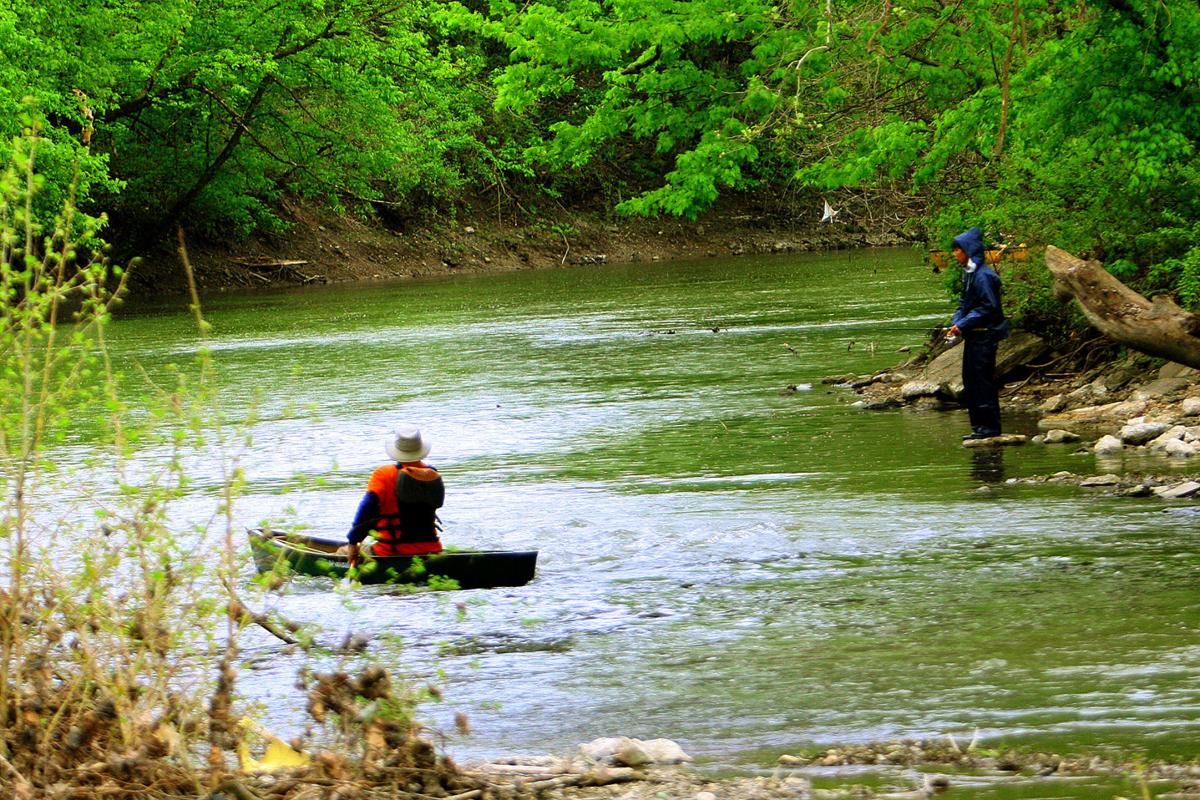 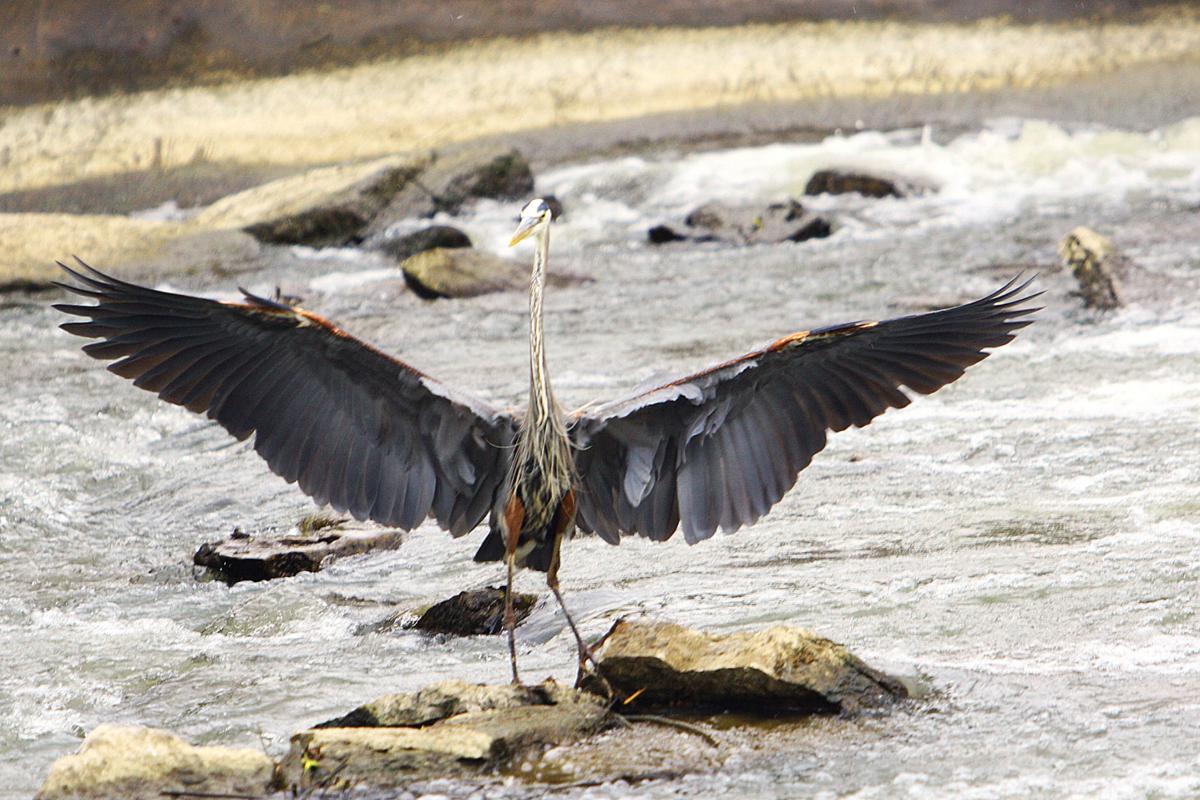 Members of the Wildcat Creek Guardians dedicated the new portage that has been build around the dam near Waterworks Park just north of Carter Road on the Wildcat Creek on May 12, 2019. A blue heron perched on a rock just below the dam. Tim Bath | Kokomo Tribune 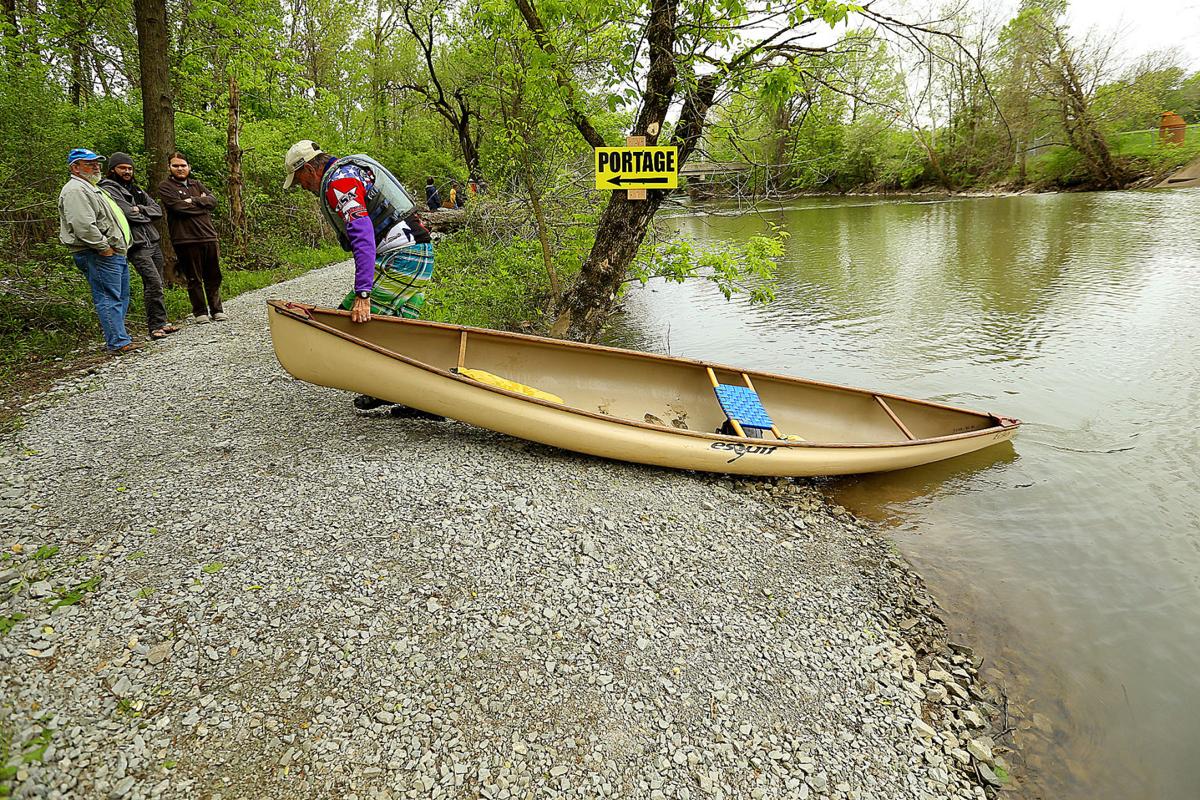 Members of the Wildcat Creek Guardians dedicated the new portage that has been build around the dam near Waterworks Park just north of Carter Road on the Wildcat Creek on May 12, 2019. A blue heron perched on a rock just below the dam. Tim Bath | Kokomo Tribune

The last low-head dam on the Wildcat Creek is located in Kokomo by the Indiana American Water treatment plant, making it one of the most dangerous sections on the entire 84-mile waterway.

But it recently became a whole lot safer after a local nonprofit group spearheaded an effort to construct the river's first permanent portage trail to bypass the dam.

Now, after a year of planning and work, that portage is open for use.

The 125-foot gravel trail was constructed by the Wildcat Creek Guardians, a nonprofit group dedicated to improving the river, which received a $5,000 grant in April 2018 for the project from the Northern Indiana Public Service Company (NIPSCO).

Then in November, local landowner David Rayl donated 1 acre of property along the creek to allow the nonprofit group to build the portage.

Volunteers got underway over the winter clearing out the thick underbrush along the bank that was riddled with briers and brambles. Then crews spent two days preparing the land and laying down the gravel path.

The project got a major boost when Sunbelt Rentals in Kokomo donated the use of two Bobcats to the Wildcat Guardians, saving them around $2,000 on machine costs.

Wildcat Guardians Treasurer Mike Bach said when it was all said and done, more than a dozen volunteers spent in total about four full days over a few-month period to get the portage completed for just under $5,000.

“There were a lot of ways this could have been over $5,000, but the stars were aligned, I think," he said.“It went really well. But when you have a good plan and you have good help, things come together.”

And on Saturday, the group held a grand-opening ceremony to celebrate the hard work and planning it took to build the trail around a structure that for years posed one of the greatest threats to paddlers.

Low-head dams are extremely dangerous to canoes, kayaks and swimmers. In 2017, an Indianapolis woman drowned near a dam in Columbus after entering the river to rescue her dog.

Indiana's Department of Homeland Security said dams have caused at least 24 deaths in the state since 1997.

Wildcat Guardian President Rick Parsons said that's why the group was so dedicated to seeing the portage trail become a reality.

“If it saves one person’s life, it’s worth all the effort that we’ve put in on the project," he said. “Before now, the only option was to go across the dam, and if you spill, it’s bad news. People who don’t paddle much don’t know how dangerous it can be. You can get sucked down in that undertow and never come up again.”

Not only does the portage make the river safer, Parsons said the group also hopes it gets more paddlers on a stretch of creek that has been rarely used because of the dam.

“This makes it so much easier and safer to get past that dam for those who want to paddle on the creek," he said. "It was such a mess there before. It was almost impossible to pull anything out to get around it.

Parsons said the Wildcat Creek used to be home to many dams, but they all eventually were torn out and removed - except the one near Indiana American Water treatment plant, between Indiana 931 and East Carter Street.

And that dam likely isn’t going anywhere, he said, since Indiana American Water pulls around 50 percent of the city’s drinking water from the the section of river backed up by the structure.

Now, though, paddlers can enjoy that stretch of waterway for the first time without the danger of the dam.

“We’re excited about that," Parsons said. "It makes us feel like the whole Wildcat Guardians organization is doing something important, and people can see that we really care about this creek.”