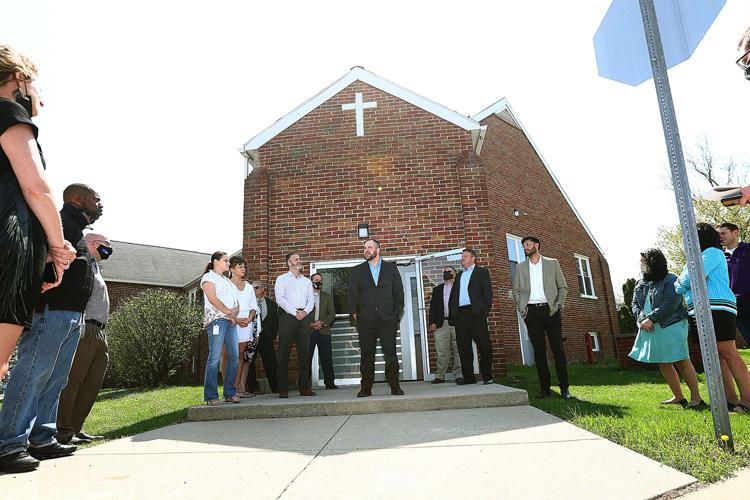 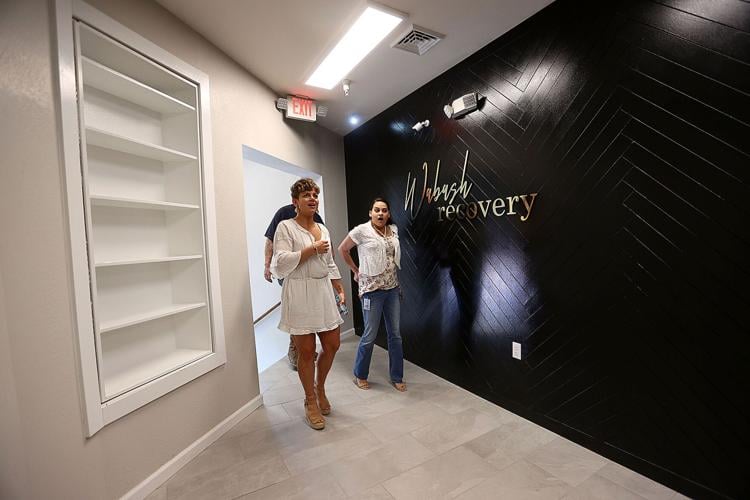 Wabash Recovery sober living facility held its grand opening Tuesday in the former church building at the corner of North Street and Wabash Avenue. Turning Point Peer Recovery coaches Olivia Wenisch and Brianna Brackett are shown viewing the entry to the facility for the first time. 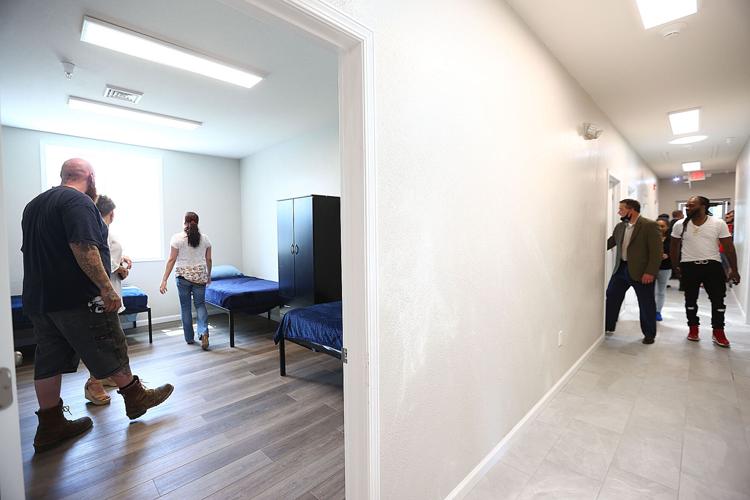 Visitors to Tuesday's grand opening of the new Wabash Recovery sober living facility walk through rooms, which each house 3 people. 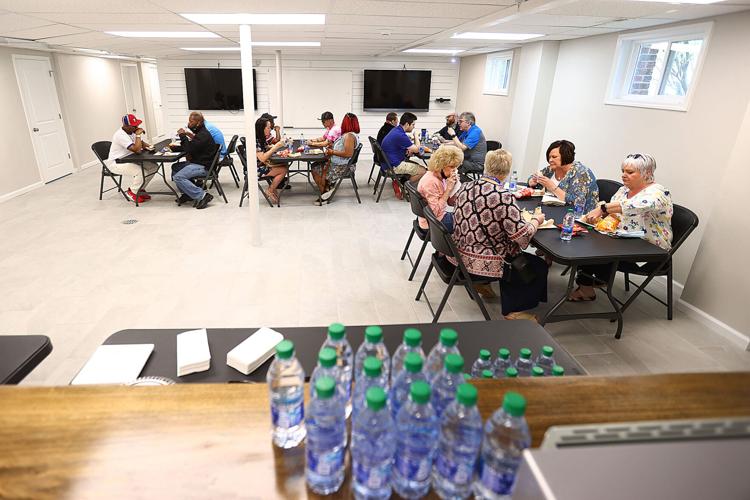 Visitors are shown in the dining area at the new Wabash Recovery sober living facility during its grand opening Tuesday. 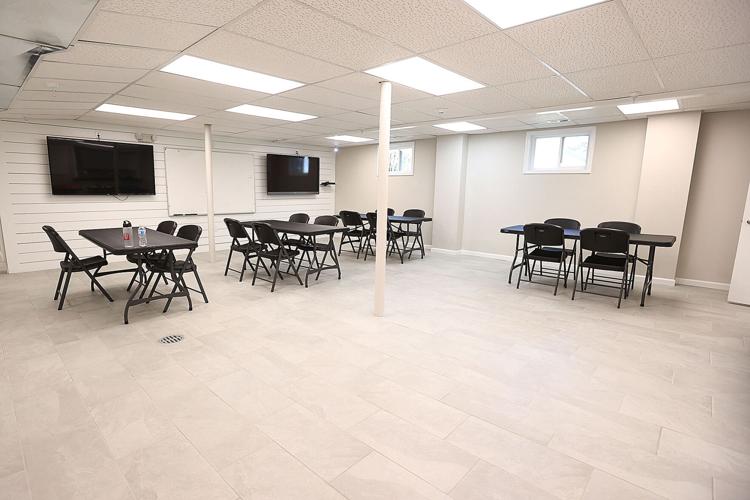 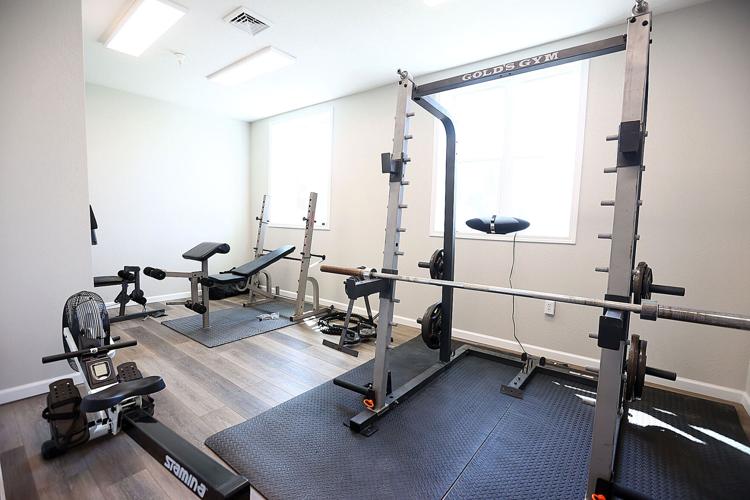 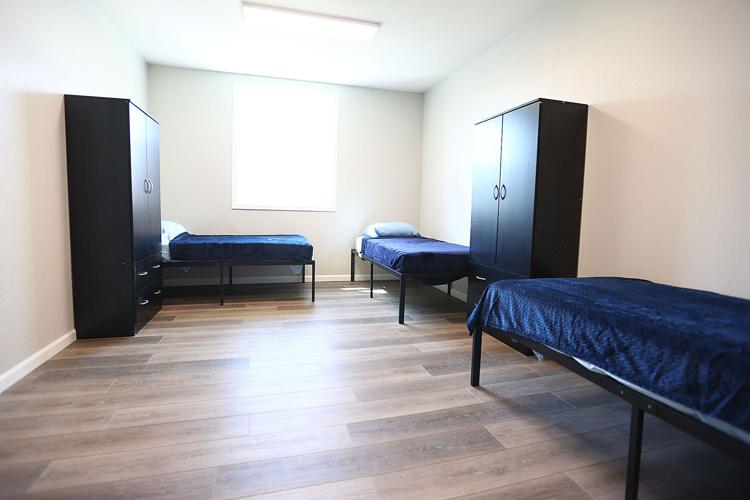 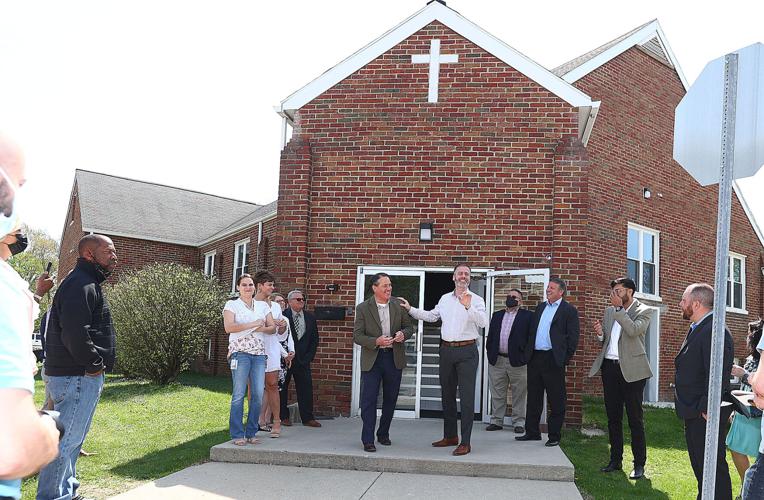 Wabash Recovery sober living facility held its grand opening Tuesday in the former church building at the corner of North Street and Wabash Avenue. Turning Point Peer Recovery coaches Olivia Wenisch and Brianna Brackett are shown viewing the entry to the facility for the first time.

Visitors to Tuesday's grand opening of the new Wabash Recovery sober living facility walk through rooms, which each house 3 people.

Visitors are shown in the dining area at the new Wabash Recovery sober living facility during its grand opening Tuesday.

The opening of the sober living facility Wabash Recovery is personal for Tadd Whallon.

That’s because one of his friends, Joey, was expected to be among the first to enroll at the new facility, but a relapse and subsequent overdose cut that and Joey’s life short.

“He literally died waiting for these doors to open,” Whallon said, holding back tears. “Seeing the devastation — not just to the addicts and alcoholics but to everyone in our lives ... I’ve been to way too many funerals.”

Now, Whallon, a Cass County native who grew up on a 13-acre hog farm outside of Logansport, will serve as executive director for Wabash Recovery and work to prevent future overdose deaths.

He, according to his LinkedIn account, has been an addiction therapist and/or program director at a handful of recovery centers in North Carolina for the past few years. In a brief interview with the Tribune, Whallon said the facility will be semi-regimented, with peer support meetings and regular drug screenings, but will put most of its focus on creating a culture of fellowship and support.

“Really, the strength of a facility like this isn’t — yes, structure is important — but it’s the culture,” he said. “You build up a fellowship and a group of people that are trying to lift up and support each other.

“The problem with addiction is it’s not just the use itself but the entire lifestyle and the entire culture. So, for a lot of them, they take this big aspect of their life and they say, ‘I gotta stay away from this.’ Well, the struggle with that is now there’s this big void where this (addiction culture) used to be. Our job is to fill that void with positive aspects.”

The facility, located at 1236 N. Wabash Ave. in a formerly vacant church building on the city’s north end, is now open and operating in hopes to prevent more lives being cut short to drug addiction.

It becomes now the second facility like it to open in Kokomo in the last few months, joining First City Recovery Center, which opened earlier this year and offers regimented treatment for drug addiction and mental health issues.

Like many communities nationwide, Howard County has been heavily affected by the opioid epidemic. Since 2015, the county has reported more than 200 overdose deaths, with the most in one year — 44 — happening in 2017. Last year, fueled in large part to the lockdown, the county reported 43 overdose deaths.

Before this year, though, there was little place in town for those struggling with addiction to receive specific, personalized care. But that is now beginning to change.

Wabash Recovery had its ribbon cutting ceremony on Tuesday. A crowd of two dozen, from local elected officials, to chamber officials and recovering addicts were in attendance for the event.

The facility, initially announced in 2019, will hold 51 people at full capacity. It offers residents a roof above their head, a bed and meals. Cost is $150 a week and is at least a 90-day commitment.

The facility will work with other local and religious organizations for referrals, though referrals aren’t necessary.

Wabash Recovery is the work of a pair of private real estate developers — Greg Cohen, who is originally from Terre Haute, and Nick Salvato, who is based in Los Angeles. The two know of Kokomo through buying mortgages in bulk after the Great Recession.

“He told me what he was going through and I thought I could really help this guy,” Salvato said at the time. “I visited him in drug rehabilitation and he told me they didn’t have a sober living facility and there was a need for it in Kokomo.”

The contractor also knew Paul Wyman, a county commissioner and board member of Turning Point, which opened in May 2018 as a collaborative effort between the medical, mental health and faith-based communities that connects people struggling with addiction to those who can help them.

Wyman and Salvato soon met and began talking about a sober living facility. Salvato and Cohen opened a similar facility in Los Angeles for 83 men in recovery, and Wyman made the pitch for the two to do the same in Howard County.

Cohen, who was in attendance Tuesday for the ribbon cutting, described the venture as not an investment in real estate, but an “investment in people.”

A 50-bed sober living facility is expected to open in spring 2020 in a building that was a vacant church at Wabash Avenue and North Street in Kokomo.