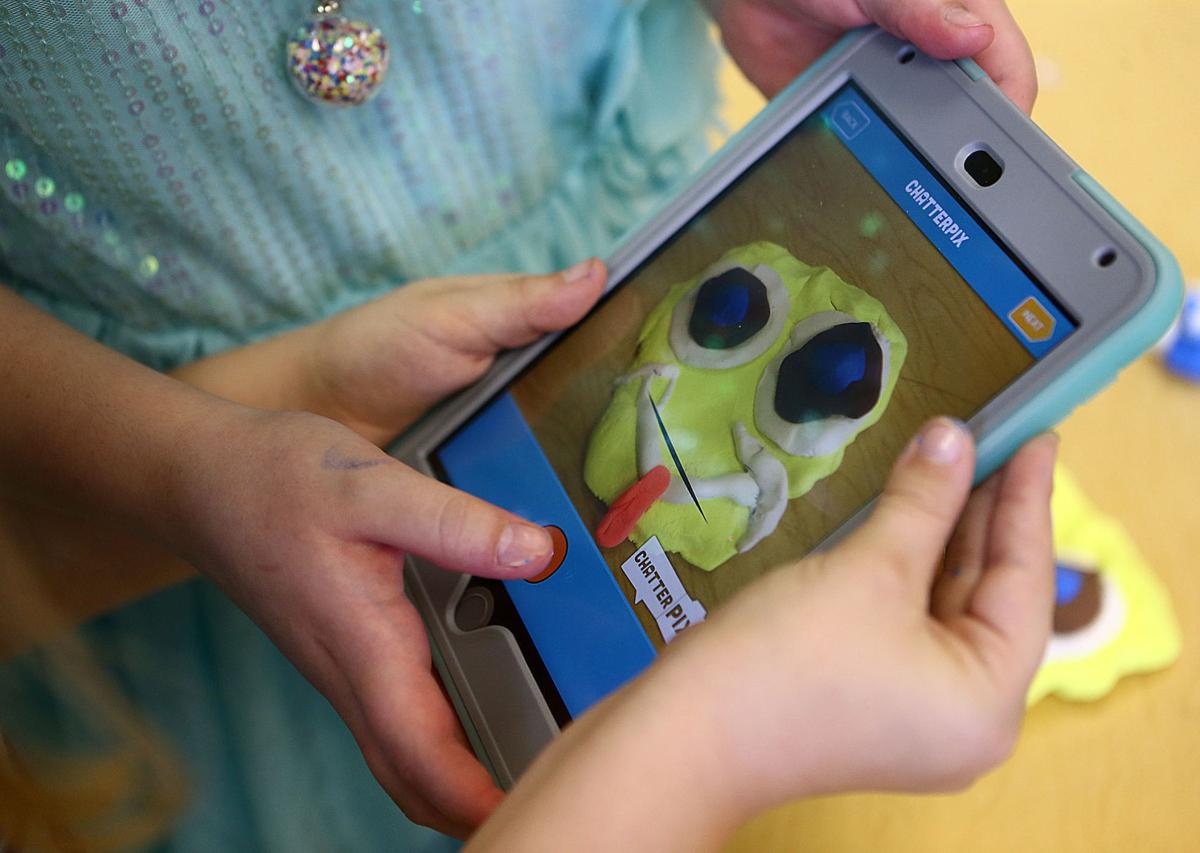 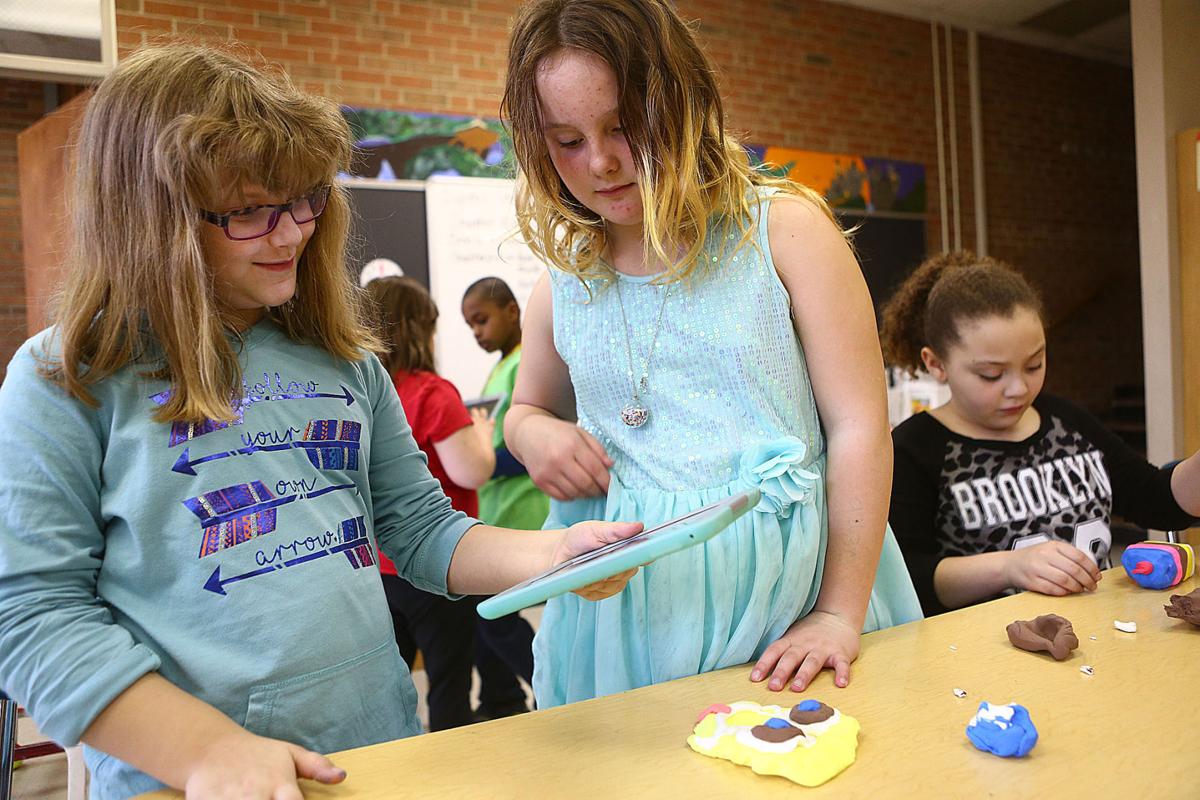 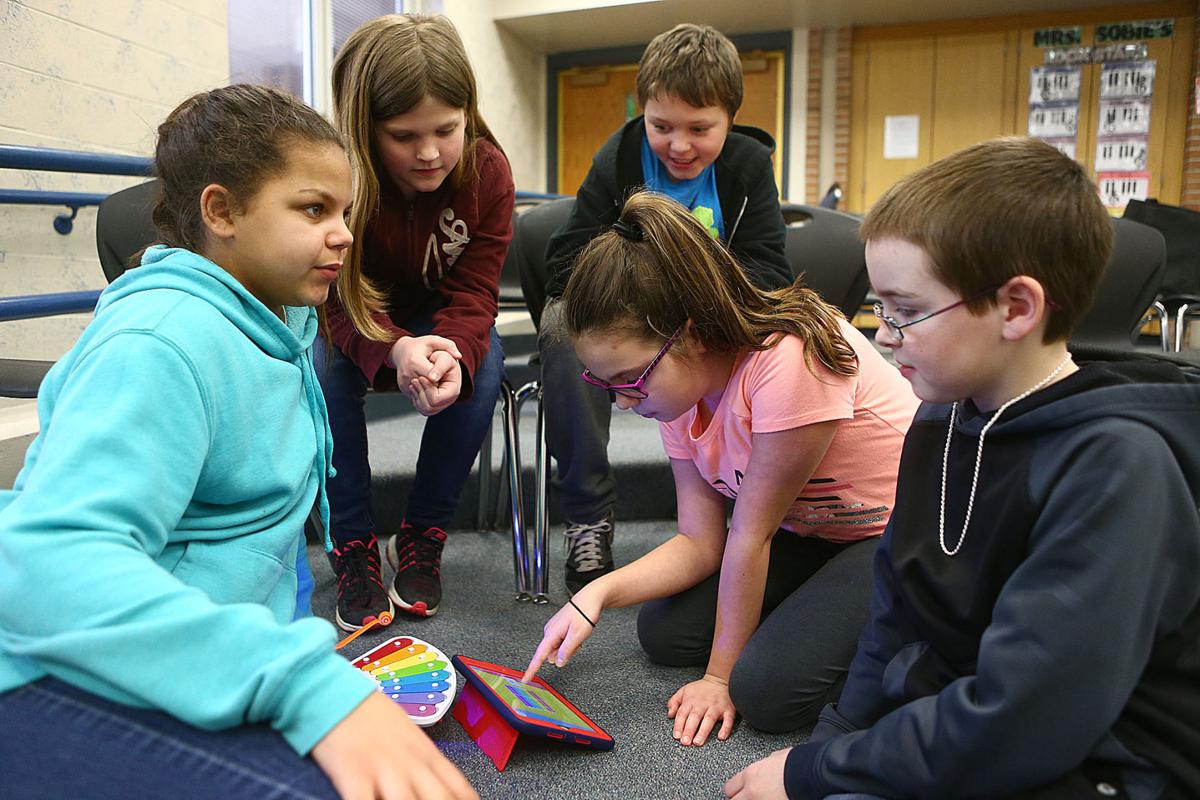 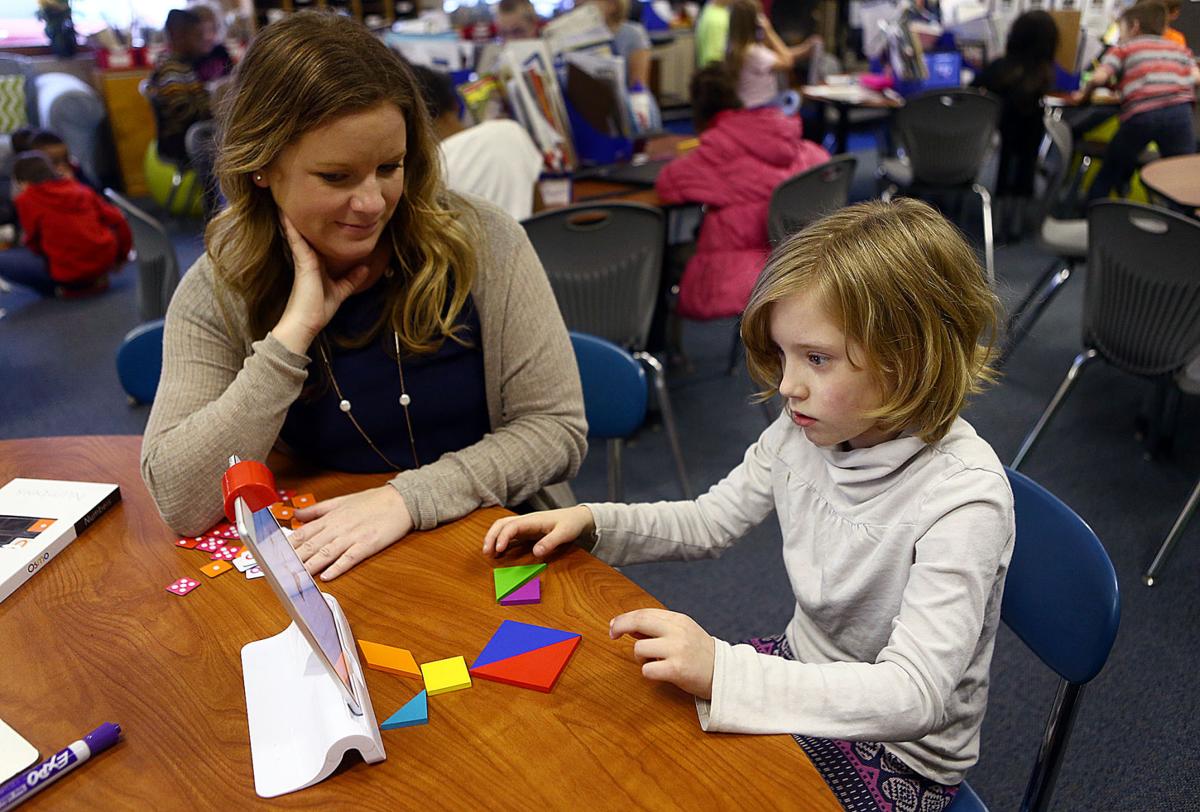 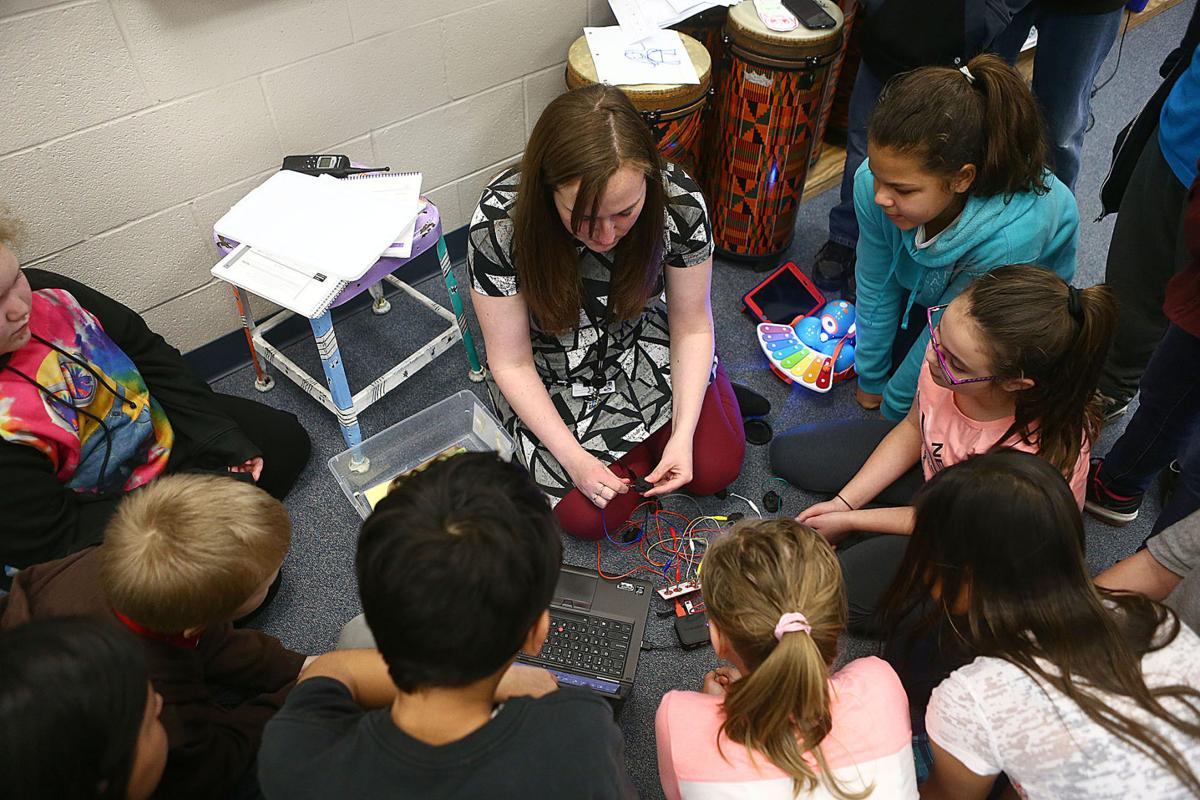 In one classroom, students worked on talking book reports. One student recorded herself talking about a Junie B. Jones book, which she could play for her teacher or classmates. Other students worked on a math app using their tablets.

The students worked together, humming the tune over and over again to figure out which globs to press. After several tries, they were able to figure out the correct sequence of keys to press.

Another group used a robot and a tablet to figure out how to play “Twinkle Twinkle Little Star.” The students used the tablet to plot which keys they wanted the robot to play, and it would respond by physically striking piano keys with a mallet.

The school also highlighted some of the ways students use more low-tech gear. In a life skills classroom, children with disabilities demonstrated how they use a board with pictures to indicate what they want to do, eat or play with. One student pointed at various pictures, showing that he wanted to eat Doritos. Another student indicated that he wanted to play with balloons.

“It was neat to see the kids teaching their parents,” she said.