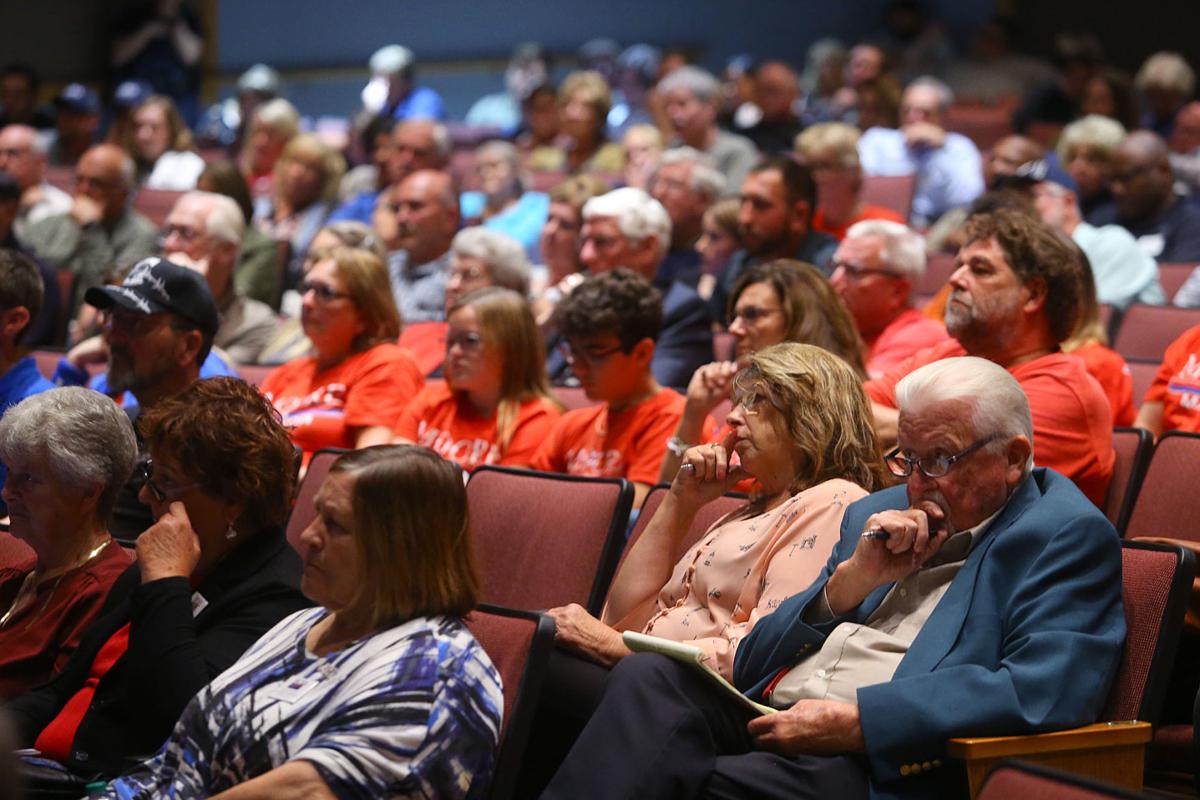 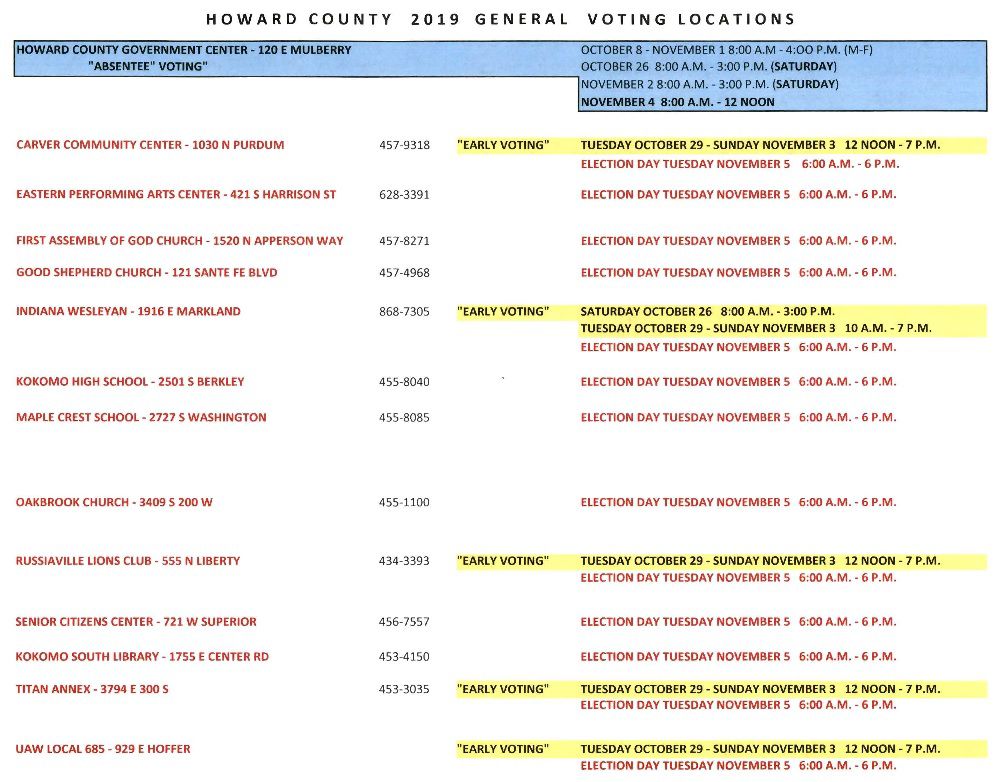 For the second consecutive week, local candidates are slated to appear on the Indiana University Kokomo campus to address this campaign season’s most pressing topics.

The forums will be held from 6-8:30 p.m. Thursday and will feature races for a total of five council seats.

The event, which follows last week’s forums involving Kokomo’s mayoral candidates and those seeking the council’s First and Fourth district seats, will be held at Havens Auditorium, on the campus of Indiana University Kokomo, 2300 S. Washington St.

The top three vote-getters in November will take over the at-large council seats at the New Year.

Residents have until Monday, Oct. 7, to register to vote.

Voters can register online by visiting www.indianavoters.com. Indiana residents with a valid state driver’s license or state-issued ID card can use the website to submit a new voter registration application or to update an existing voter registration record, according to the Howard County Clerk’s website.

Another option is to mail a voter registration form.

To register or update current registration, voters need to complete and return a voter registration form by Monday. The form can be mailed to Howard County Voter Registration at 104 N. Buckeye St., Room 104B, Kokomo, IN 46901.

Voters can also register in person at the same address or at any BMV license branch if they are conducting a credential transaction, like obtaining a driver’s license, permit or ID card. Another option is to register at a public assistance office if a voter is already applying for service or assistance.

Voters can check their voter registration status at www.indianavoters.com or by calling 1-866-IN-1-VOTE.

This year’s general election will be held from 6 a.m. to 6 p.m. Nov. 5 at 13 vote center sites across Howard County.

Early voting, however, will begin on Tuesday, Oct. 8, at the Howard County Government Center, 120 E. Mulberry St., and be held there and at varying vote center locations leading up to the day before Election Day.

For specific dates and times for each vote center, see the below graphic.