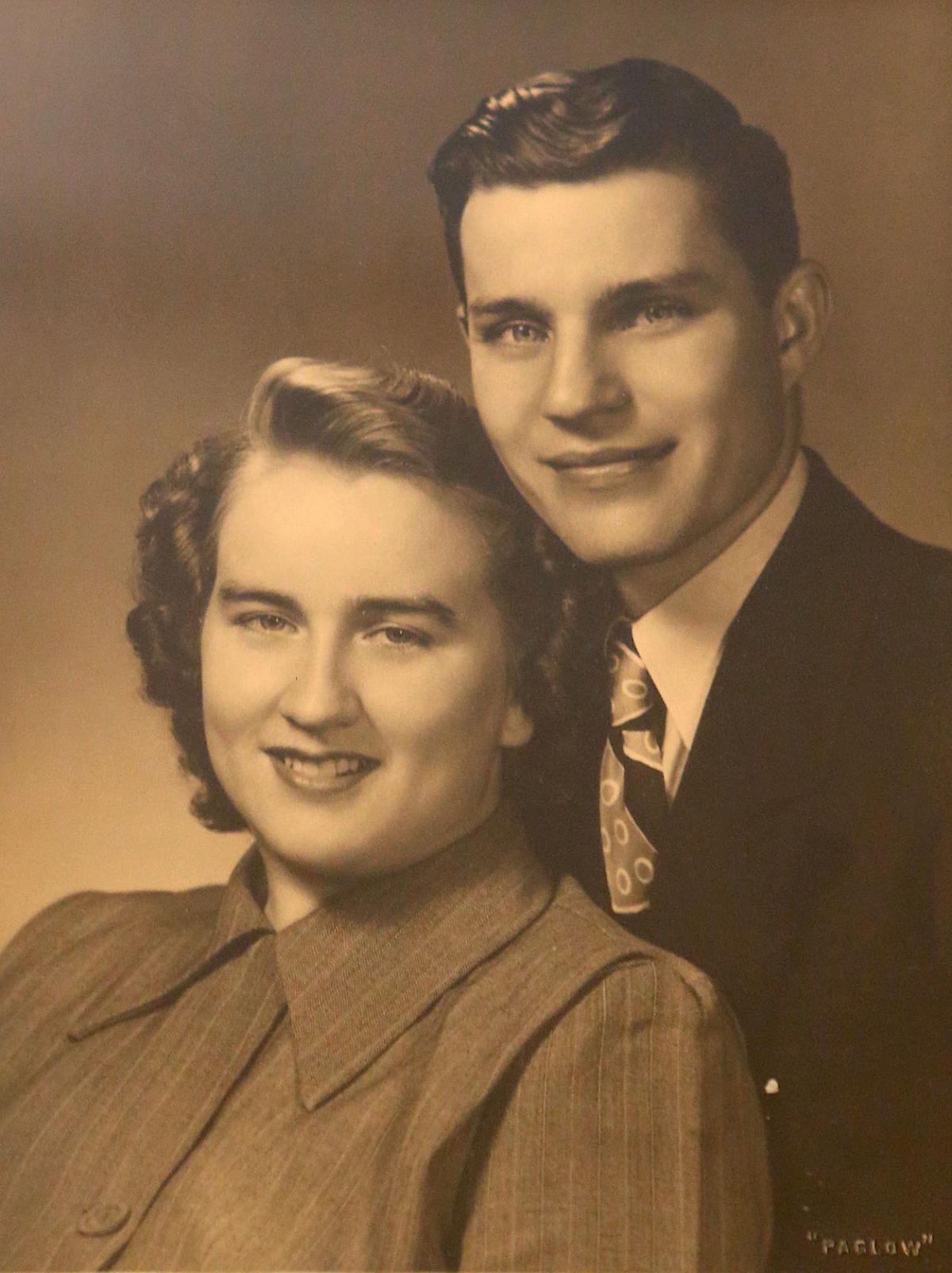 Thelma and Ray Bowland have been married for 71 years. 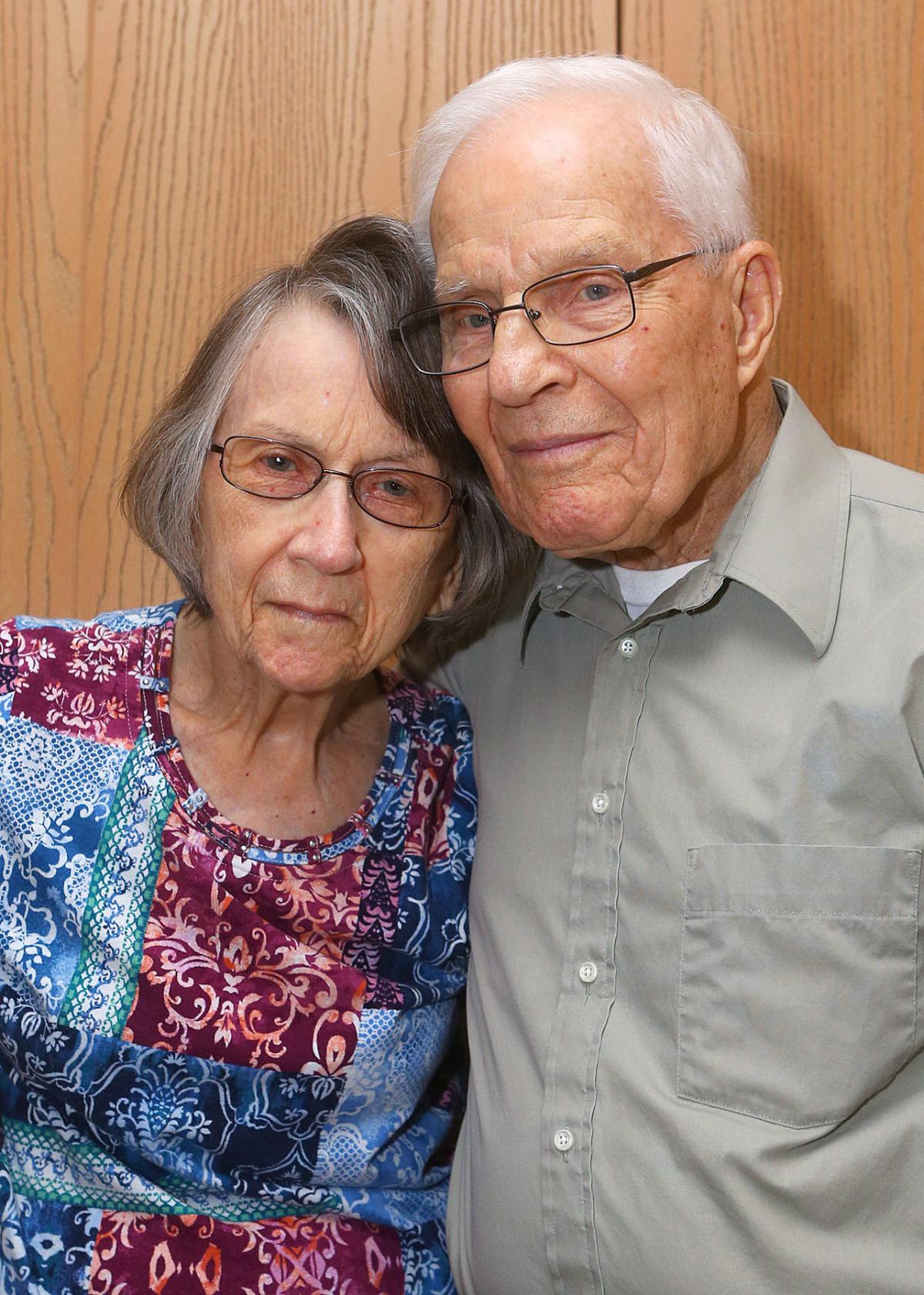 Thelma and Ray Bowland have been married for 71 years. They met in the mid-1940s, got married in 1948 and have been in love ever since.

Thelma and Ray Bowland have been married for 71 years.

Thelma and Ray Bowland have been married for 71 years. They met in the mid-1940s, got married in 1948 and have been in love ever since.

From the first moment Ray Bowland caught a glimpse of Thelma Douglass, he knew he was smitten.

“She had boots on, you know the way girls wore them back then at that time … and she also had a dress with her knees sticking out. That’s the way it was when I first saw her,” Bowland said with a big grin on his face, pausing to look away as if to remember an image only he possessed. “I knew I really liked her.”

He didn’t even know her name yet, but he admitted that he knew she was the one for him.

And after 71 years of marriage, three kids and countless memories of family vacations, special occasions and just plain ordinary days, he said he still knows it too.

The Bowlands are both in their 90s now, and the physical nature of time has slowed them down a bit.

But earlier this week, the couple took a few minutes to reflect on their seven decades of love and marriage as they sat in the living room of their apartment at a local assisted living facility, even stopping to offer advice to young lovebirds on how to “go the distance” when it comes to their own relationships.

The pair officially met in the mid-1940s when Ray was on a furlough from the U.S. Army.

“I knew her cousin, and so I asked her where she [Thelma] lived,” Ray said. “She [the cousin] said she’ll connect me, so she called Thelma, and we made it a double date.”

Thelma was still in high school at the time, but she said she also knew there was something special about the man who found her so interesting.

“I thought, ‘Well, I think I’m going to see that guy one way or the other,’” she said, “and of course everything developed from there. In the meantime, he was in the Army for two years, and we wrote to each other back and forth all the time. And when he came home, I was the first place he came.”

The couple married in a small church ceremony in Peru on March 9, 1948, which both of them said wasn’t anywhere near today’s standards.

But they were happy, and that’s all that mattered, Thelma noted.

After settling into married life, Ray got a job working the night shift at Chrysler and then farmed the family’s acreage during the day. A homemaker, Thelma tended to the couple’s three daughters and also offered Ray assistance with the farming operation.

And through it all, they both said, all they really needed was each other.

“There’s a lot of love there,” Ray said. “Everything she did, it was toward the family. And she has been a beautiful wife for me. … There couldn’t be anybody that could be nicer to me than her, and I’m still lucky to be with her.”

The feeling is mutual too, Thelma added.

“He has always been a responsible person and always thought about family first,” she said, referring to her husband. “He has always been there for us whenever we needed. He’s also been very understanding, and sometimes I wonder how he can be that way, but that’s just the way he is. He’s a loving person.”

But love is not always a bed of roses either, Thelma pointed out, adding that marriage isn’t always perfect.

And that’s where the work comes in, she said.

“We kind of made our story sound like a good love story,” she said, “but it’s not always been that way all the time. Sometimes things change a bit, but they have a way of working out. … But I would say my best advice for someone else would be to not go to bed angry at each other. Always try to settle your quarrels before you go to sleep.”

“Whenever something happens, you kind of have to learn to let it go and give as well as take,” he said. “… You have to learn to change to what the other needs, and if you have problems, it’s important to understand where the other one’s coming from.”

Thelma then looked over at Ray and smiled.