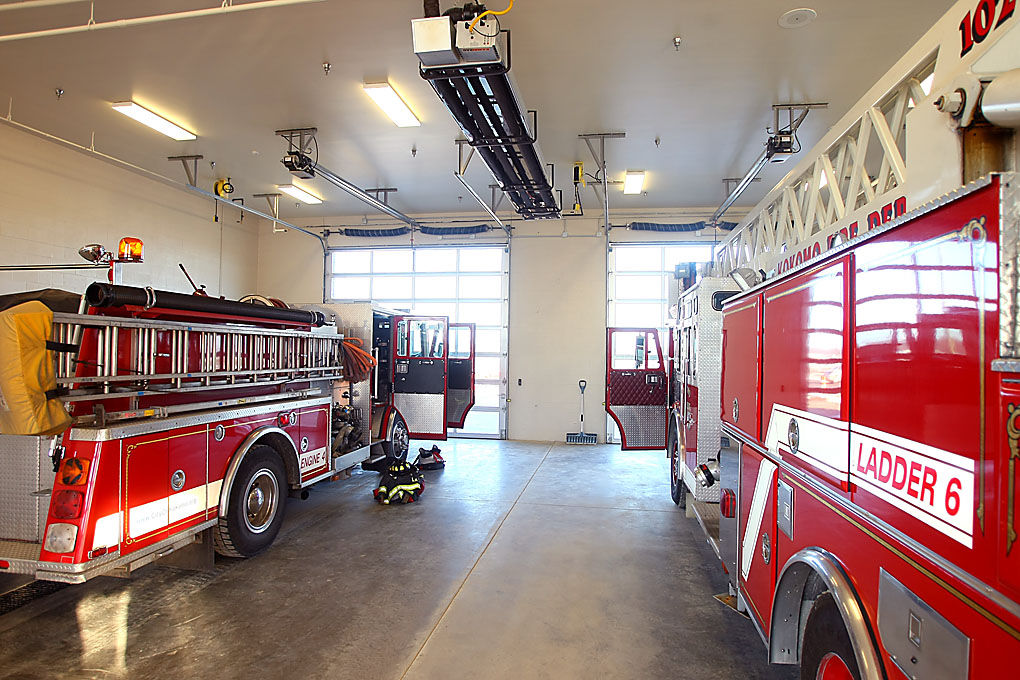 Ready: Engine 4 and the unmanned backup ladder truck are stationed at the new facility. 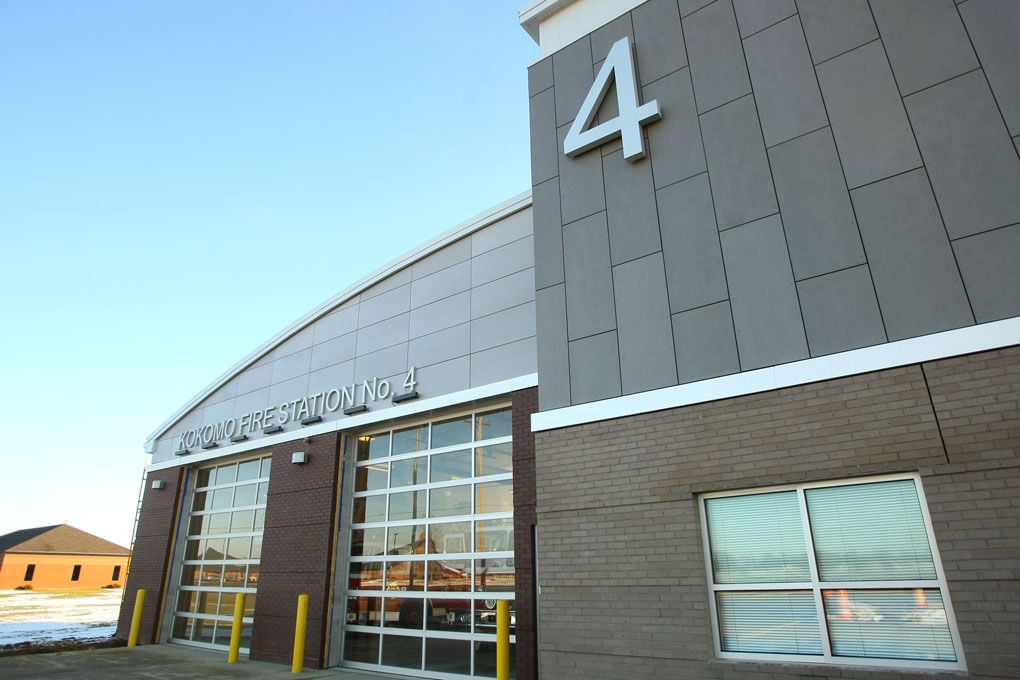 Ready: Engine 4 and the unmanned backup ladder truck are stationed at the new facility.

Kokomo firefighters have moved into the new Fire Station 4 on South Dixon Road, completing the realignment of the city’s fire coverage districts to fit the city’s newly expanded boundaries.

The new station sits just over 2 miles to the southwest of the old Station 4 and is manned at all hours by a rotating staff of three or four firefighters.

“It’s a modern building, and it’s beautiful architecture. We’re very happy to have it,” O’Neill said.

The new station will provide the first engine to an area roughly bounded by Malfalfa Road on the west, Ind. 26 to the south, Webster Street/Park Road to the east and Defenbaugh Street to the north, with the exception of the Brookshire subdivision and farmland in the southwest corner of the area.

The city has closed and transferred ownership of the former Fire Station 4, at the corner of Webster Street and Lincoln Road, and Kokomo developer Scott Pitcher is seeking to have the old building rezoned as a commercial property.

City officials deeded the property over to one of Pitcher’s limited liability corporations in return for a piece of property Pitcher owned on the northwest corner of Sycamore and Market streets downtown, city attorney Lawrence McCormack said Wednesday.

The city’s plan is to demolish the Sycamore/Market property and use the land for a new downtown YMCA facility, McCormack said.

O’Neill said the department completed the move-in and moved out of the old station, which was built in 1955, on Monday. The ladder truck from Fire Station 6 at U.S. 31 and Boulevard was also moved.

This makes the second new station finished in the past year for the KFD, including the new Fire Station 2 on Center Road.

Both stations have allowed the city to expand fire coverage areas to include about 12 square miles of newly annexed territory, and extend city protection to another 11,500 residents.

O’Neill said the department’s average response time is 4 minutes for the city, although response times will vary from place to place.

“Our response times are better now than they’ve ever been, thanks to Station 2,” O’Neill said.

Like Station 2, the new Station 4 has a circular drive, so trucks don’t have to back into the bays.

Inside the new 4, firefighters have a training room, an upstairs exercise area, an equipment room where they store their gear, a tool room, a dormitory for sleeping and a combined kitchen/lounge area.

The vaulted ceiling rises about 20 feet over the floor of the truck bays, and is a covered metal structure.

Myers Construction Inc., Fishers, was the lowest of six bidders on the project, at $1.51 million. The city has spent just over $1.3 million to date on the building, city controller Randy Morris said Thursday.