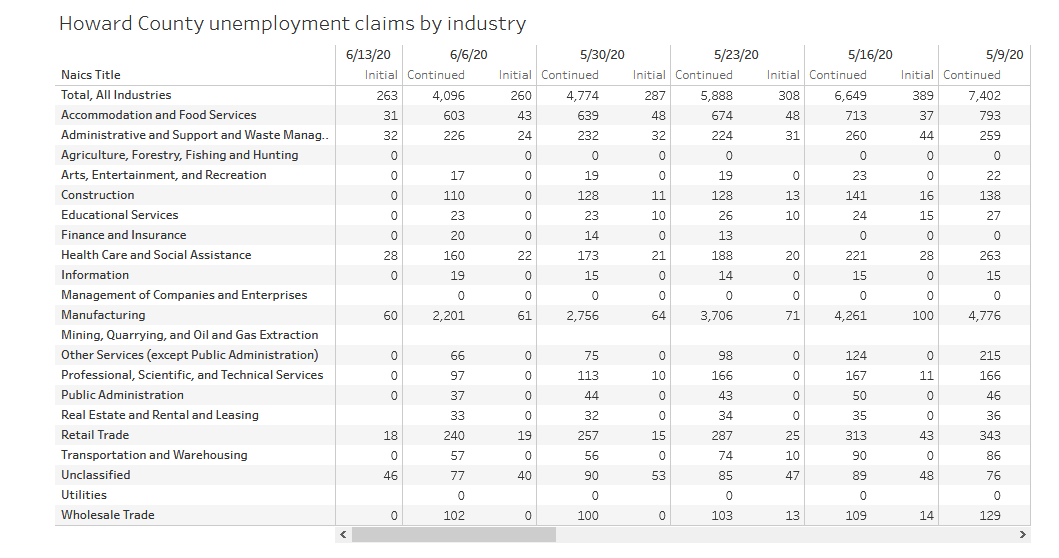 Howard County led the state in the percentage of unemployed workers for the month of May.

The county’s May non-seasonally adjusted unemployment rate was 21.8%, according to preliminary data released Monday by the U.S. Bureau of Labor. That’s a decrease of 12.3% from the county’s April unemployment rate of 34.1%, which was also the highest in the state for that month.

Fayette County is second with 18.6% unemployment. Miami County’s unemployment rate for May is 14.6%. Tipton County’s is 12%. 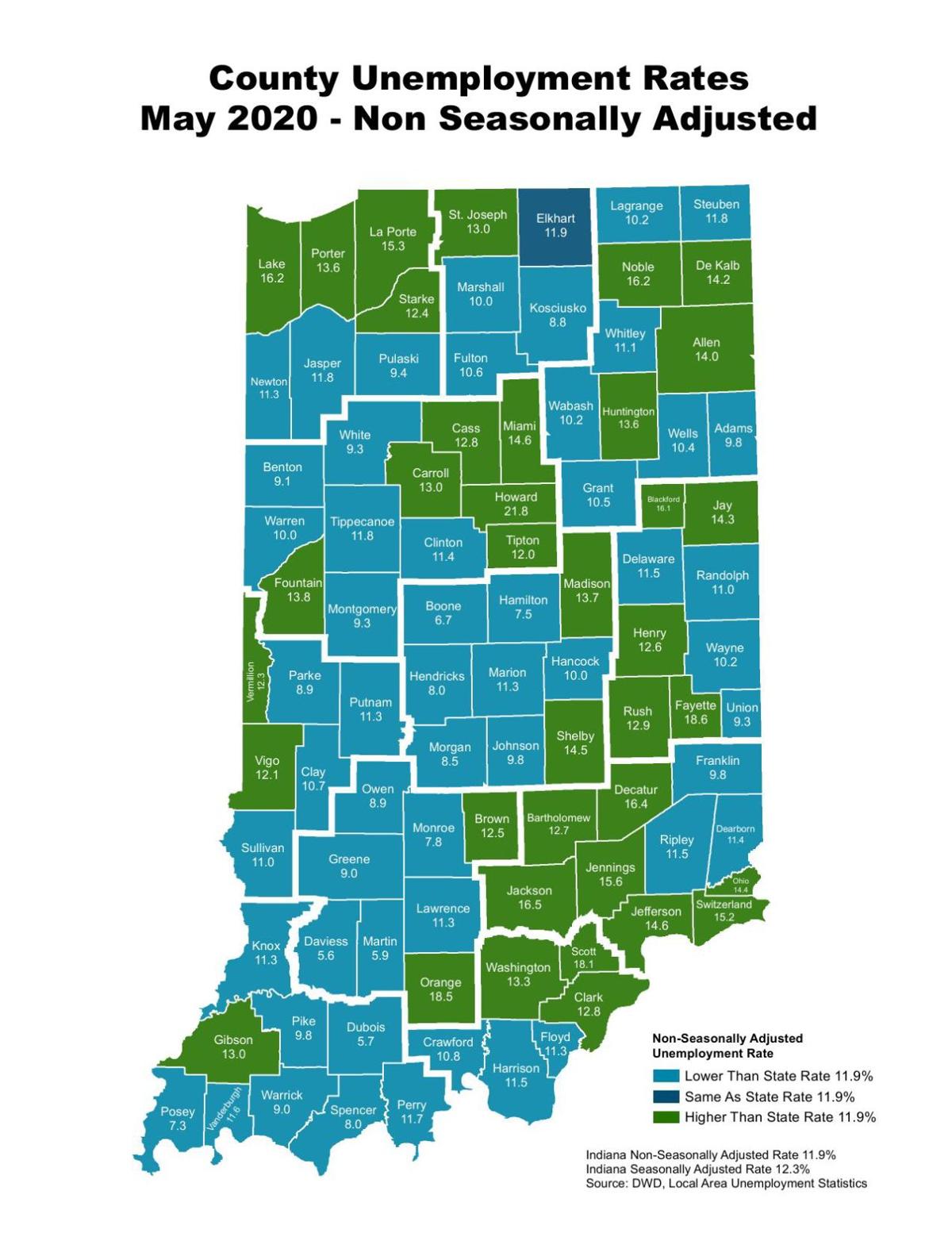 While more people are beginning to go to work as the state reopens, thousands of county residents continue to file for unemployment.

According to data from the Indiana Department of Workforce Development, 4,096 Howard County residents received unemployment benefits for the week ending on June 6, the most recent data available.

That’s lower than the county’s peak number of continued claims at 7,641 in early May but is still the highest it’s been since the summer of 2009 during the Great Recession.

Initial claims – the number of new unemployment filers – was 263 for the week of June 13, the most recent data available.

Workers in manufacturing continue to be the majority of county workers filing both initial and continued claims for unemployment.

Howard County had the highest unemployment rate in the state for the month of April. The county’s April non-seasonally adjusted unemployment rate, the most recent available, was 34.1%, according to preliminary data released by the U.S. Bureau of Labor Statistics. In raw numbers, the bureau estimates 14,035 of the county’s 41,165 total workers were unemployed in April.