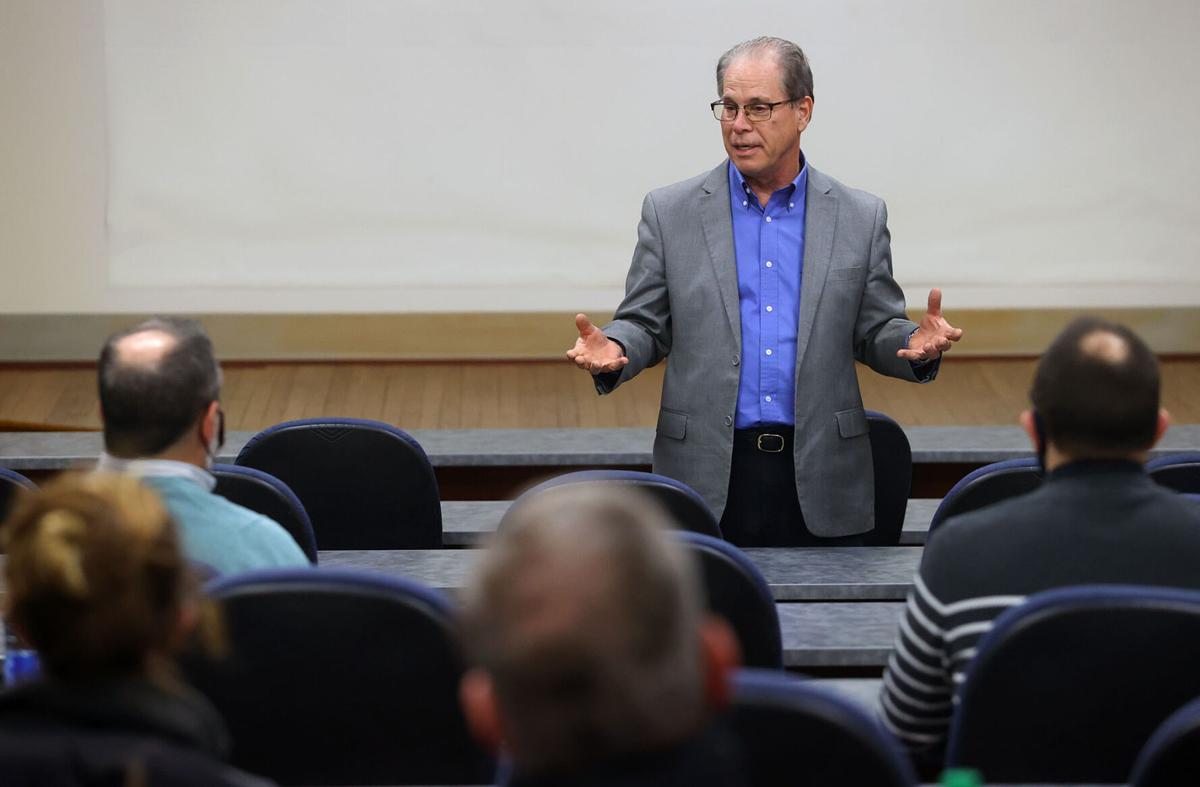 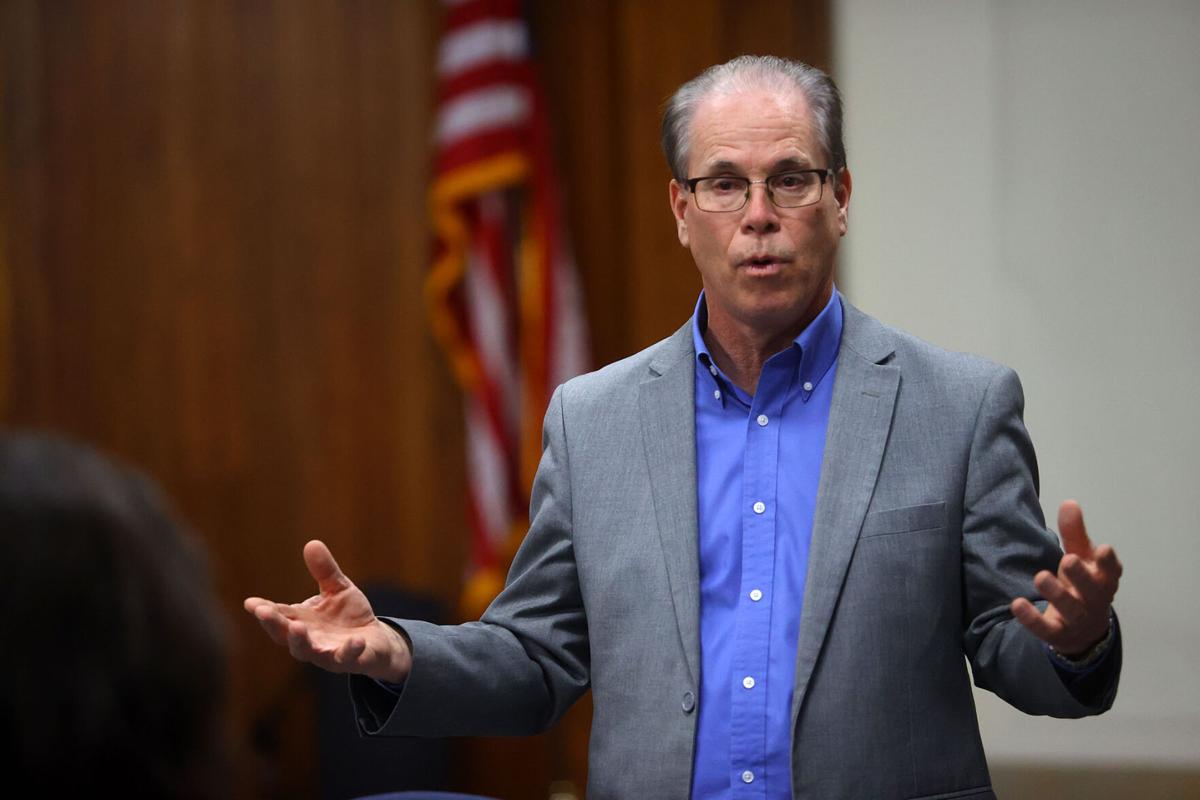 Speaking to a collection of business owners and local elected officials Thursday, U.S. Sen. Mike Braun said he opposed the $1.9 trillion pandemic relief package and warned of “unintended consequences” of raising the federal minimum wage to $15 an hour.

Braun, a first-term U.S. senator from Jasper, visited Kokomo and spoke and answered questions for nearly an hour at Inventrek, touching on many of the hot-button issues being discussed and debated right now in Washington, D.C., including the COVID-19 relief package and whether to raise the federal minimum wage.

Unsurprisingly, the conservative Republican said he was against both proposals, seeing the former as filled with many Democratic agenda items unrelated to pandemic relief, and the latter the a type of Pandora’s Box that doesn’t take into account cost of living in each state.

“I’d really be giving it the benefit of the doubt if one-fourth of it was related to coronavirus stuff,” Braun said about the $1.9 trillion package. “Of the $4 trillion we’ve spent so far, there’s $1 trillion unspent or obligated that’s still out there. It doesn’t add up to me why you’d find the need to do three-fourths of this current bill that you can’t really directly relate to the impacts of coronavirus when you haven’t spent a fourth of what we’ve already done.”

The bulk of the $1.9 trillion package includes $1,400 checks for those making less than $75,000 and couples making less than $100,000, an additional $400 per week in unemployment benefits (in addition to state benefits) from the federal government through August 29, 2021, and increase of the child tax credit of $3,000 per child up to age 17 and $3,600 for children under age 6 for 2021, $130 billion toward reopening schools safely, $40 billion in grants to higher education institutions where at least half must go toward emergency financial aid grants to students, tens of billions of dollars toward vaccines, testing and awareness campaigns, more money for the Paycheck Protection Program, among many other things.

The package is supported by a majority of Americans – 61% to be exact – according to a poll of 1,075 Americans released earlier this month by Quinnipiac University. Support was largely down partisan lines, but 37% of Republicans who were polled said they supported the package.

It’s still unclear if this provision will make it into the final bill, and if it does, if more moderate Democratic senators, such as Sen. Joe Manchin and Sen. Krysten Sinema will vote for the bill if the $15 minimum wage provision is included.

The Democrats need those two senators’ vote to pass the bill through budget reconciliation – a process that allows the Senate to bypass the filibuster and pass the bill on a simple majority vote instead of needing 60 votes, as they’re unlikely to receive many, if any, Republican votes.

Braun said Thursday he is for rising wages of workers, but through the free market and competition and not through a one-size-fits-all approach.

“I’ve been a loud voice for raising wages in a way that’s sustainable in the marketplace and competition of business owners bidding up wages,” he said.

Braun said he fears raising the federal minimum wage to $15 an hour would negatively affect many small businesses, citing a recent study done by the Congressional Budget Office.

Braun said he’s concerned the increase will primarily hurt small businesses, especially in states that have a lower cost of living.

“If you ever increase a minimum wage, you want it at a level low enough that it wouldn’t press one state into doing a wage that doesn’t make sense,” Braun said.