PERU – The Indiana Department of Transportation said it is reevaluating whether to install J-turns on U.S. 31 in Miami County after fierce pushback from local officials and residents.

Scott Manning, INDOT’s strategic communications director, said at the time the state expected to award a construction contract for the intersections in the next one to two years.

But those plans are now off the table as the state launches a new study to reevaluate how to alter the intersections to meet INDOT’s long-term goal of turning U.S. 31 into a free-flowing highway with no traffic lights. 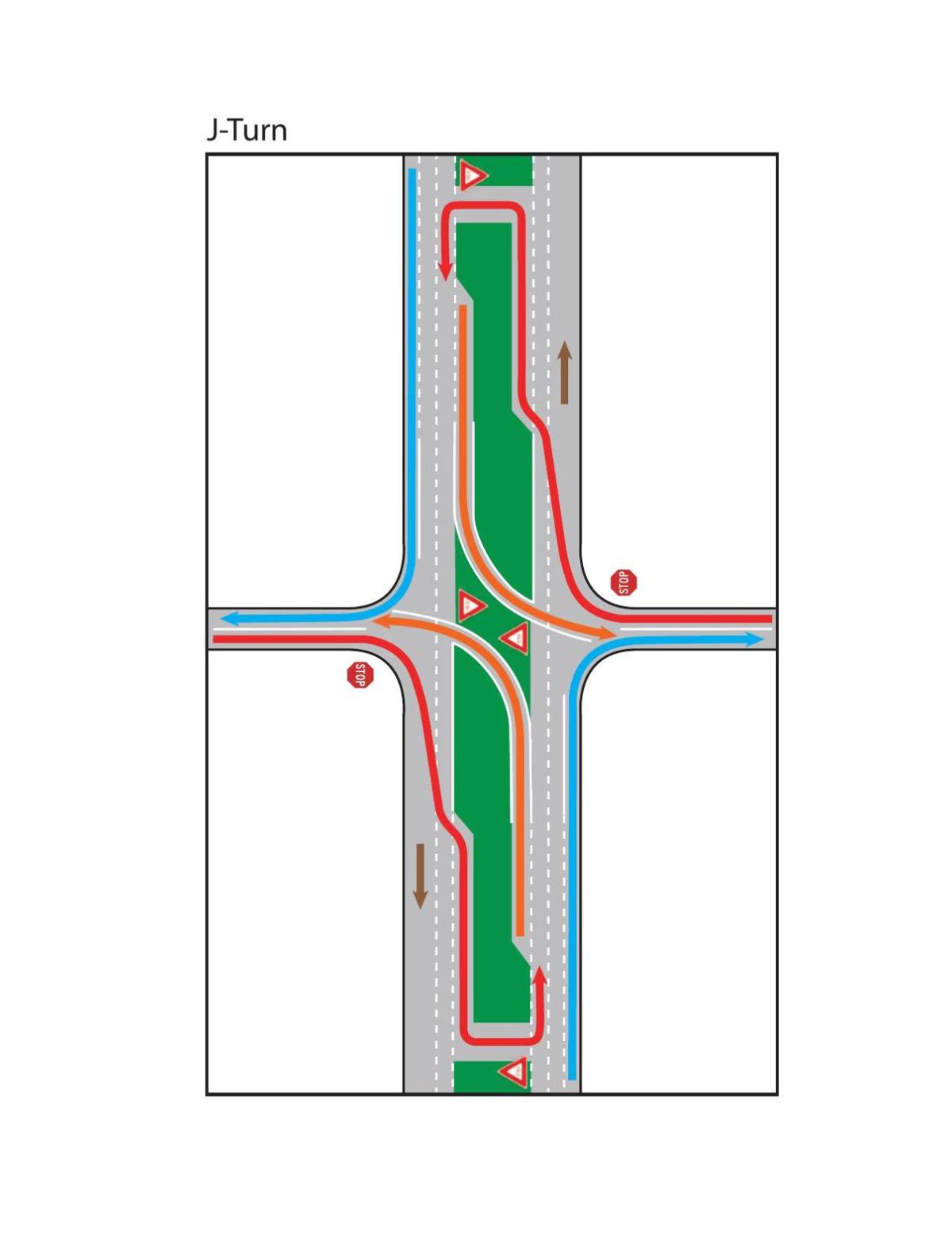 “With that in mind, INDOT is starting from scratch and taking a fresh look at long-term safety, mobility and economic development needs on U.S. 31,” he said in an email.

Now, INDOT is initiating a Planning and Environmental Linkage (PEL) study to evaluate the needs on U.S. 31.

Petroviak said PEL’s are commonly used on larger scale corridors to allow additional time for planning, identifying needs, gathering public input and securing long-term funding. He said the study will be an in-depth, multi-year process that allows more time for residents to express their views.

“Public input will be a significant part of the process,” Petroviak said. “... The study will allow community stakeholders more opportunity for input and examining the corridor from square one.”

The study comes after Miami County officials in July made a last-ditch effort to convince Gov. Eric Holcomb to stop INDOT from installing J-turns on U.S. 31.

Over 14 entities in the county signed a joint resolution opposing the construction of the intersections, which the state now calls median U-turns.

On Thursday, a petition with more than 1,500 signatures from citizens opposing the intersections along U.S. 31 was submitted to INDOT by a group called Citizens Against J-turns.

Bill Friend, a leader in the group and a former state representative, said the petition shows the strong support from the community to do away with any consideration of J-turns.

“I think it makes a big difference showing that this is the public speaking to INDOT, and voicing their displeasure about J-turns,” he said.

Friend said the group considers it a win that INDOT has agreed to hold off on the projects and reevaluate how to move forward on altering the highway. He said they hope the end product will be more interchanges and overpasses on U.S., and no J-turns.

“We understand that there’s only so much money and it could take years to do this right,” Friend said. “We’re just asking for the same solutions that other parts of the state have been getting with overpasses and traditional on-and-off ramps.”

However, INDOT is moving forward with altering one intersection. Petroviak said the state will reconstruct the intersection at U.S. 31 and 100 North, which currently has a traffic light and is the location of Gallahan Travel Plaza.

“Local stakeholders have expressed support for the planned improvements at U.S. 31 and C.R. 100 N and indicated a desire for the project to move forward,” he said in an email. “Given that this project is further along in its development than others, INDOT is moving forward with construction at this location while the PEL process gets underway.”

Friend said he is skeptical of taking out the stoplight there, since so many semis enter and exit the truck stop, but won’t have an official opinion until he sees a final construction proposal from INDOT.

The state first proposed installing J-turns in 2017, when INDOT announced plans to eliminate the traffic lights along U.S. 31 at the intersections of Indiana 218 North junction and Indiana 18 and install median U-turns.

That proposal drew unanimous and fierce criticism from residents, county officials and state legislators during an hours-long public hearing, which led INDOT to pull the project.

INDOT is installing two new full-on interchanges in Miami County at Indiana 18 and Business 31. Those projects are projected to be finished by 2023.

New interchanges also are being built at 236th Street in Hamilton County and Indiana 10 in Marshall County. The total cost of all four new interchanges is around $100 million, according to INDOT.

Miami Co takes last stand against J-turns on US 31