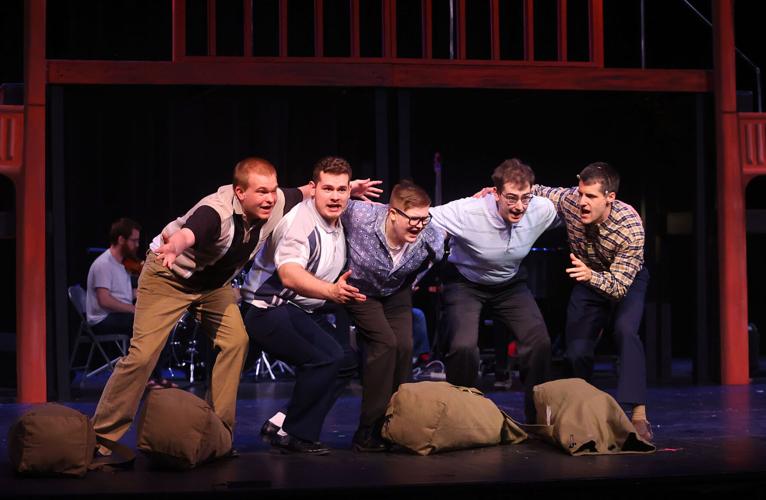 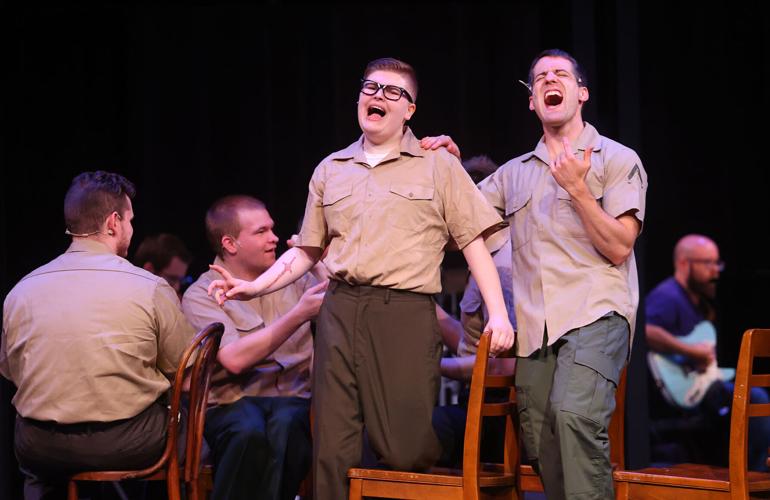 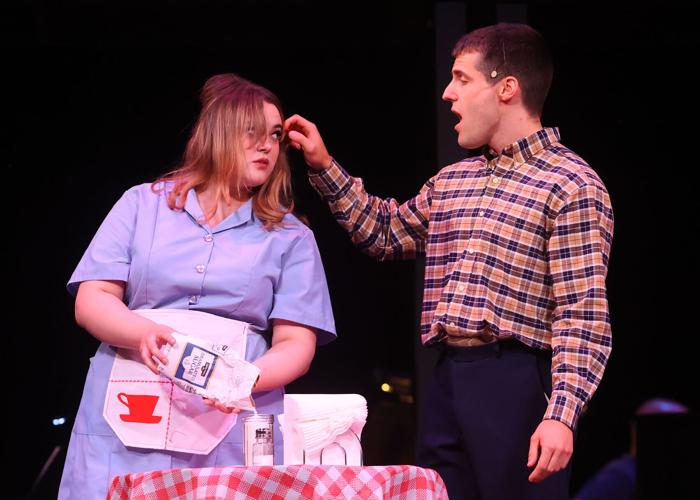 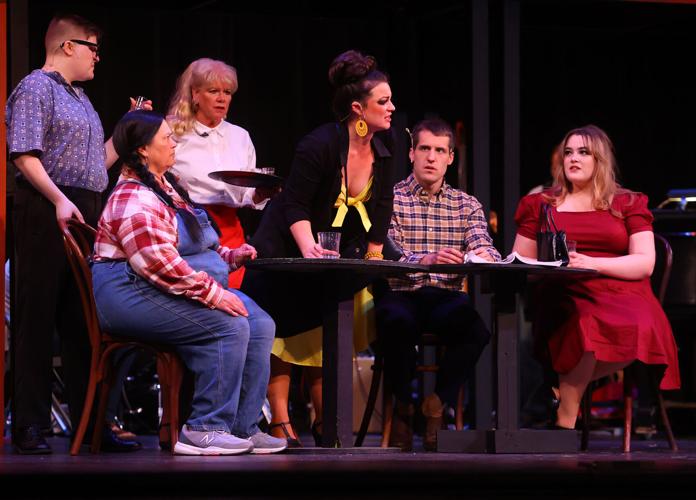 Conner Johnson considers his role in the Kokomo Civic Theatre’s latest production to be the most difficult one he’s ever had.

That’s because Johnson plays Eddie, the male lead in the musical “Dogfight” and initially the villain of the musical.

Eddie is a U.S. Marine fresh out of basic training and just days away from being shipped out to Vietnam to fight in the war. He and his fellow Marines compete in a game where they see who can bring the ugliest girl to a party.

Eddie brings Rose, played by Rilley Cessna, to the party. After Rose finds out about the true motives of the date, she is understandably upset, but Eddie, feeling terrible, seeks forgiveness, and the rest of the story follows their burgeoning romance and Eddie’s brokenness after returning home from the war.

Johnson’s most recent role was Gaston in Muncie Civic Theatre’s performance of “Beauty and the Beast.” That character is a more one-dimensional villain where Eddie is a more complex character.

“Disney romance is so much easier in a sense that the two people show up and immediately hit it off and fall in love,” Johnson said. “The arc isn’t a lot, but this one is hard because Rose and I go all the way to the bottom. She hates me and tells me she wants me to die, and then we gotta go from there. So it’s hard to go from that far of an arc, where basically she hates me to go all the way to forgiveness.”

While Rose does eventually fall in love with the man who initially treats her very poorly, Cessna said she doesn’t want audiences to think this is a story of a woman falling in love with her abuser.

“People hear it’s about an ugliest girl contest and immediately ‘Oh, this show hates women,’ but when you look at it, the whole lesson is that you shouldn’t treat people that way,” she said. “You watch her (Rose) really come into her own skin throughout the show. I think it’s really, really nice.”

The Kokomo Civic Theatre is performing “Dogfight” this weekend at Havens Auditorium on the Indiana University Kokomo campus. Shows are 7:30 p.m. both Friday and Saturday and 2 p.m. Sunday. Tickets are $20 for adults, $17 for seniors (60+), $15 for students and $10 for children under the age of 12. Veterans can purchase a ticket for a discounted price of $15. “Dogfight” is recommended for mature audiences as there is strong language.

The music and lyrics for the musical are written by Pasek and Paul, the duo behind the Broadway production of “Dear Evan Hansen” and the soundtrack for the 2017 film “The Greatest Showman.” The musical production of “Dogfight” is an adaptation of a 1991 film of the same name starring River Phoenix and Lili Taylor as the two leads.

Steve Hughes, executive director of the KCT and the director for its “Dogfight” production, has wanted to have KCT perform the musical for years after seeing Pasek and Pul perform the music at an American Association of Community Theatre conference seven years ago.

“I fell in love with the music at that point,” Hughes said. “It’s a story of redemption. … I think that’s what appeals to me. It is a romantic story, and there’s great music in the show.”

Purchase tickets online at www.kokomocivictheatre.org/tickets, by calling 765-454-8800 or in person at the box office between 5-7 p.m. Thursday and one hour before each performance.