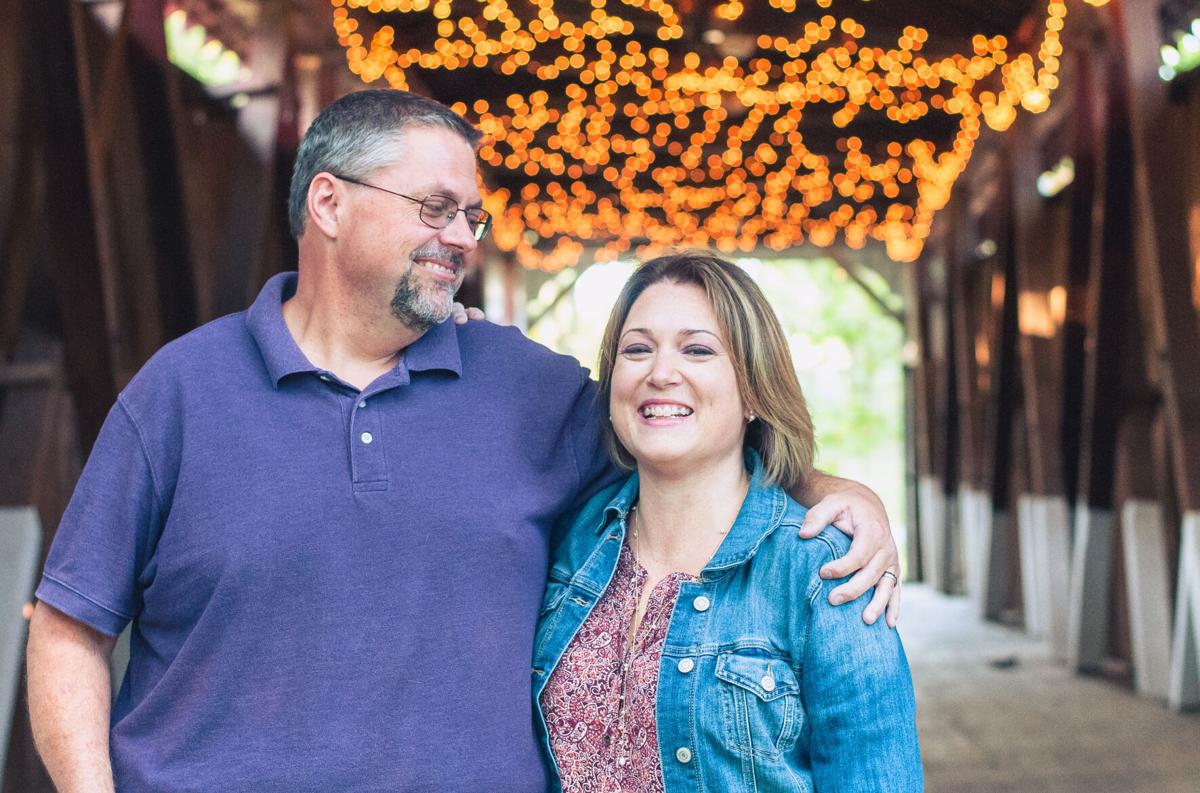 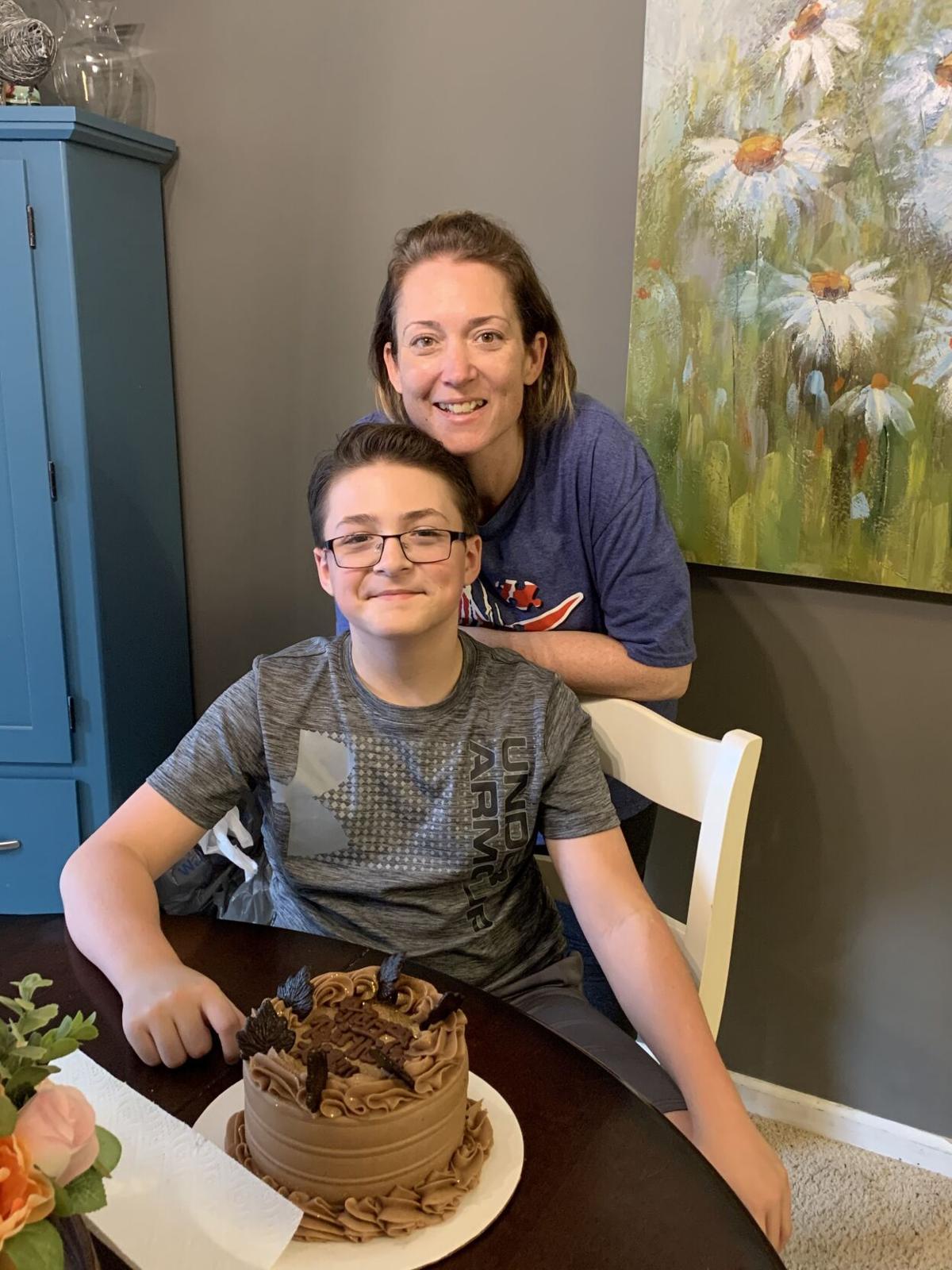 Kristen Rody and her son, Liam.

Kristen Rody and her son, Liam.

Kristen Rody hadn’t been feeling well for a while. She was tired, having stomach problems and always felt like she was full. She went in to see a gastrointestinal doctor for tests on Aug. 6. The next day, she went to get a CT scan. Later that day, while her husband, Eric Rody, was running errands, the doctor called her.

“She asked if I was by myself, if there was anyone else I wanted on the call, and I’ve never had that happen so that was my first indication that it wasn’t going to be a good call,” she said.

The doctor was fairly certain she had Stage IV rectal cancer, it had already metastasized to her liver. The cancer symptoms — persistent abdominal discomfort, feeling full, weakness or fatigue, and weight loss — all are side effects of a weight loss medication Kristen was on in late 2019. The red flags went unnoticed.

“That medicine masked a lot of those symptoms,” she said. “These feelings, my thought was, ‘That was what the medicine was supposed to do.’”

By the time Kristen was off the medication and the problems persisted, the coronavirus pandemic had limited doctor availability.

“I must have had her explain to to me four or five times, it just wasn’t making sense,” she said. “And then she said, ‘More importantly, you have what I think is a pulmonary embolism. I need you to go to the ER in the next two hours.’”

A pulmonary embolism is a blockage of one of the pulmonary arteries in the lungs, and in most cases is caused by blood clots that travel to the lungs, and it can be life-threatening if not treated promptly, according to the Mayo Clinic.

Because of the complications due to cancer, she and Eric went to Ascension St. Vincent Hospital on 86th Street in Indianapolis. She was treated for the embolism, and then they met with an oncologist.

“He was brutally honest,” she said. “He gave me a life expectancy and he said, ‘You might want to call your family,’ and things like that.”

Once cancer has metastasized to other organs, Kristen said, there is no remission. Doctors said they will treat and maintain her condition. There is hope, however, as the chemotherapy continues to shrink some of the tumors, that the rectal mass may be able to be removed. The tumors might shrink and the cancer might stay dormant, she said.

“They said they were going to hit it with everything they could. ...,” she said. “I’m hoping to be the exception, not the rule.”

On Sept. 1, Kristen started chemotherapy. Her prescribed treatment is six hours of chemo at the St. Vincent Cancer Center, and then she goes home with a port that continues the treatment for the next 52 hours. She will do this every other week through February 2021.

Two days after her first treatment, Kristen was at home waiting for Eric to take her to the oncologist to disconnect the infusion from her port. She said he’s always on time, but that day he was running late.

“I tried calling his cellphone, no answer, no answer,” she said. “A little after 8 o’clock, I got a call. She said, ‘I’m a nurse at Franciscan ER, we’ve got your husband.’”

Eric was in the Franciscan trauma center in Lafayette. He’d been in an accident; hit head-on by another driver passing a car on a double-yellow line.

The nurse told her, “But the good news is, he can have one visitor.” Kristen told her that she’s on chemo, and the nurse said, “Oh my God, I’m so sorry, but you can’t come.” Eric’s sister was able to be with him and keep Kristen in the loop.

While Kristen told her story on the phone, her voice was strong, she even made jokes. But, when she detailed Eric’s injuries, her voice wavered. He had five broken ribs, a broken sternum, fractures in both kneecaps and tibias. He was in the hospital for about two-and-a-half weeks, and then was taken to a skilled nursing facility.

He was learning to walk again. It was October when she finally got to see her husband, but it was through a window outside the facility.

Eric finally came home last week. He’s in a wheelchair and has to use a walker. He’ll have surgery to break up the scar tissue in his knees on Dec. 3, followed by rigorous physical therapy for a week.

Kristen said things have been a little stressful, to say the least.

“I was in the process of dealing with my own situation and then his situation came in and it was crazy, it really was,” she said. “We had just given our children the news about me, and then when they got home that day, I had to tell them about their dad. I thought, ‘Oh my gosh, it’s going to break them.’”

Kristen said her children, Tyler, 17, and Liam, 12, have been handling the past few months very well considering the circumstances.

“We’re all trying to find out the new normal, if there is such a thing. And they’re trying to keep their normal routines, knowing that things will never be normal anymore, the way they knew it before August,” she said.

Now the couple, as they search for that new normal, are both on long-term disability through their employers. Eric can’t drive, Kristen can’t drive him to appointments. One of the chemo drugs Kristen takes causes neuropathy in her hands, almost robbing her from any fine motor skills. Many family members and friends have stepped in to help out.

“I’ve had to give (chores) to my kids, luckily they’re old enough to take care of it,” she said. “My youngest son had a crash course in laundry recently.”

While Kristen said that some days are better than others, another challenge is mounting: medical bills. She said the bills for Eric’s surgeries are “already astronomical on their own,” and he still has another surgery and intensive physical therapy ahead. And her bills make “a dent.”

Lois Windgassen Summey, Kristen’s aunt, is one of those family members who has been pitching in. A breast cancer survivor herself, she knows firsthand what chemotherapy can do to the body and the bank account. She started a GoFundMe page in hopes to alleviate the financial burden of medical bills.

The concerned aunt emailed the Kokomo Tribune in hopes to get the word out about the Rody family’s struggle, and their need for financial support right now.

“After (Eric’s accident), Kristen said, ‘I sure would like to see a little pixie dust sprinkled this way,’” Summey wrote in the email. “She maintains and injects her wry sense of humor and beautiful laugh when you know her heart is heavy.”

“Through no fault of their own and with no control of their situation, Eric and Kristen each have a very long road ahead. With the loss of both incomes and mounting medical bills on top of normal family expenses, this sweet family is in need of immediate and immense support,” Summey said in the email.

Even with all of the hardship, Kristen is thankful for her support system and treatment team. She said she’s had rock star friends and family and medical staff, especially at the St. Vincent Kokomo Cancer Center.

“For a horrific thing, to go through chemo and never expect all this, they have gone way above and beyond,” she said.

And for people who may be at risk for colorectal cancer, or any cancer in general, Kristen advises to pay attention. She had three words of advice.

“Trust your gut,” she said. “I mean both figuratively and literally. If your body is telling you something is wrong, listen. Do not wait to go get it checked out.”

Support the Rody family by donating and/or sharing their GoFundMe online at www.gofundme.com/f/a-little-pixie-dust-for-kristen