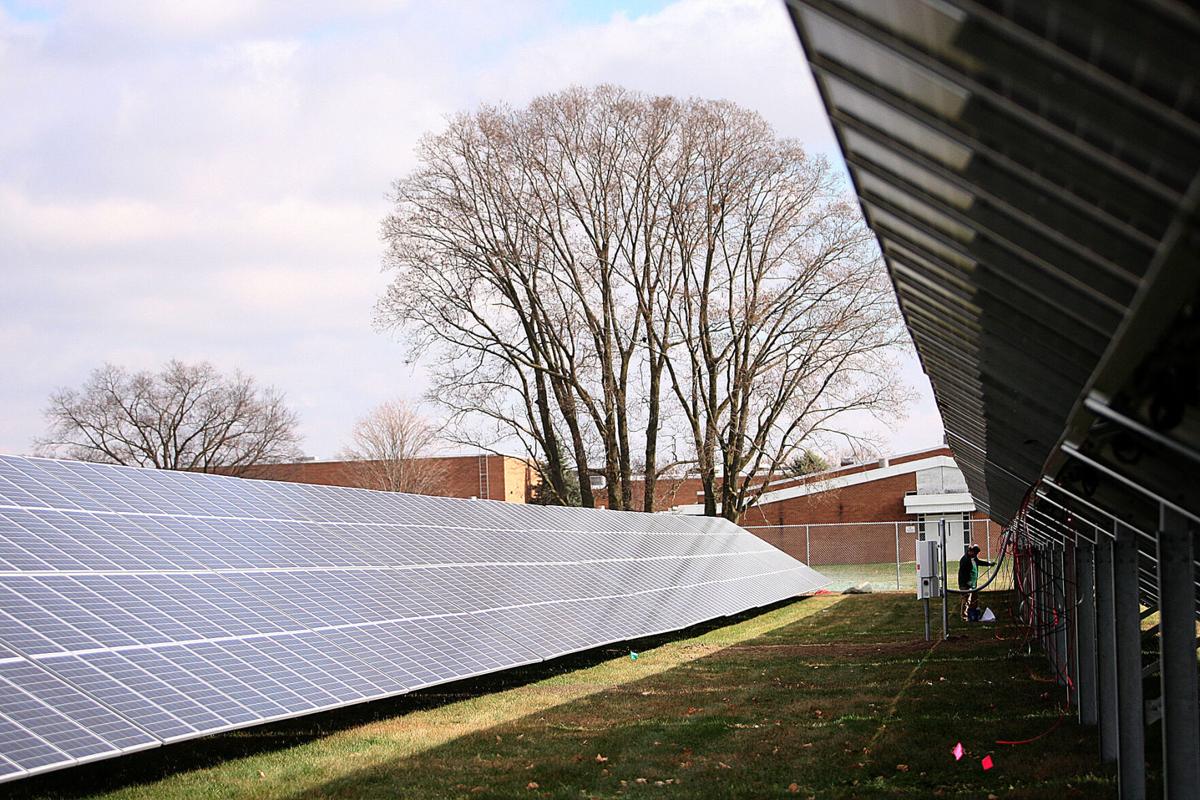 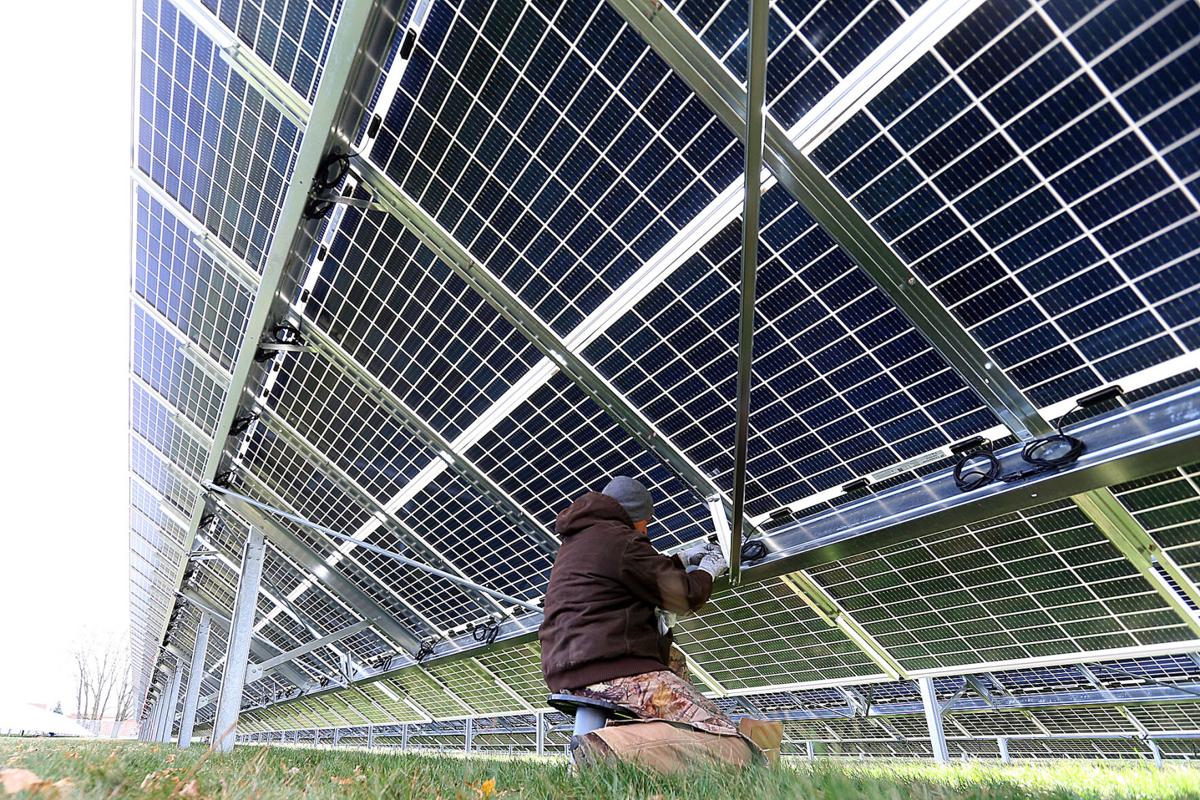 Jimmy Smith from Electric Plus secures the wiring between solar panels during the installation of the new solar field at Maple Crest Middle School on Nov. 13, 2020.

Jimmy Smith from Electric Plus secures the wiring between solar panels during installation at Maple Crest Middle School on Nov. 13, 2020.

Jimmy Smith from Electric Plus secures the wiring between solar panels during the installation of the new solar field at Maple Crest Middle School on Nov. 13, 2020.

Jimmy Smith from Electric Plus secures the wiring between solar panels during installation at Maple Crest Middle School on Nov. 13, 2020.

Both Maple Crest STEM Middle School and Wallace Elementary School for the Integrated Arts were selected as sites to house the new solar fields. The Wallace site has 810 panels while Maple Crest has 1,836 – a total of 2,646 panels.

The $1.97 million project could provide a gross energy savings of better than $6 million over 25 years, according to Martin.

“It’s progressive, you don’t have to be a ‘tree hugger’ to like this project and like the merits of it,” he added.

Not only are long-term savings a focus of Kokomo School Corporation, but with each individual year, the savings will increase.

According to McIntire, the corporation has been working on energy conservation for over a decade and reduced energy consumption greatly over the last 10 years. He said this progress prepared the corporation to go to the use of solar.

“It’s definitely a newer source of powering our schools for the long term ... then we also have the financial benefit which is a great thing,” he said. “That means those dollars are going to be able to go towards things that are going to benefit our kids in the classroom, rather than paying electric bills over the long term.”

“Anything we can do to put money towards a classroom is always a benefit.”

The panels being used at the project locations are bifacial; this means they produce power from both sides. Martin explained that the process works when light ricochets off the panel sitting behind it onto the panel in front of it.

As of now, the panels should be in production by Dec. 1, according to KSC Director of Communications Dave Barnes.

Not only do KSC officials believe the solar project benefits the corporation, but they see positive benefits for the students as well. Barnes called having the solar field at a science, technology, engineering and math (STEM) middle school like Maple Crest “a perfect fit.”