The grant, which will be matched with $1 million of local money, will help fund a project consisting of 10 streets, including Touby Pike, Malfalfa Road and Goyer Road.

“The project the city was awarded for includes resurfacing 14.9 miles of streets,” said Kokomo City Engineer Carey Stranahan in an email.

“These streets were selected based on their condition, traffic volume, as well as other factors that made them eligible for the program.”

Stranahan said the project will be bid out in spring 2020 and be completed by the end of the year.

The other seven roads to be worked on include stretches on Smith Road; North 50 East; 50 North; Alto Road; South 150 East; Southway Boulevard; and 200 East. 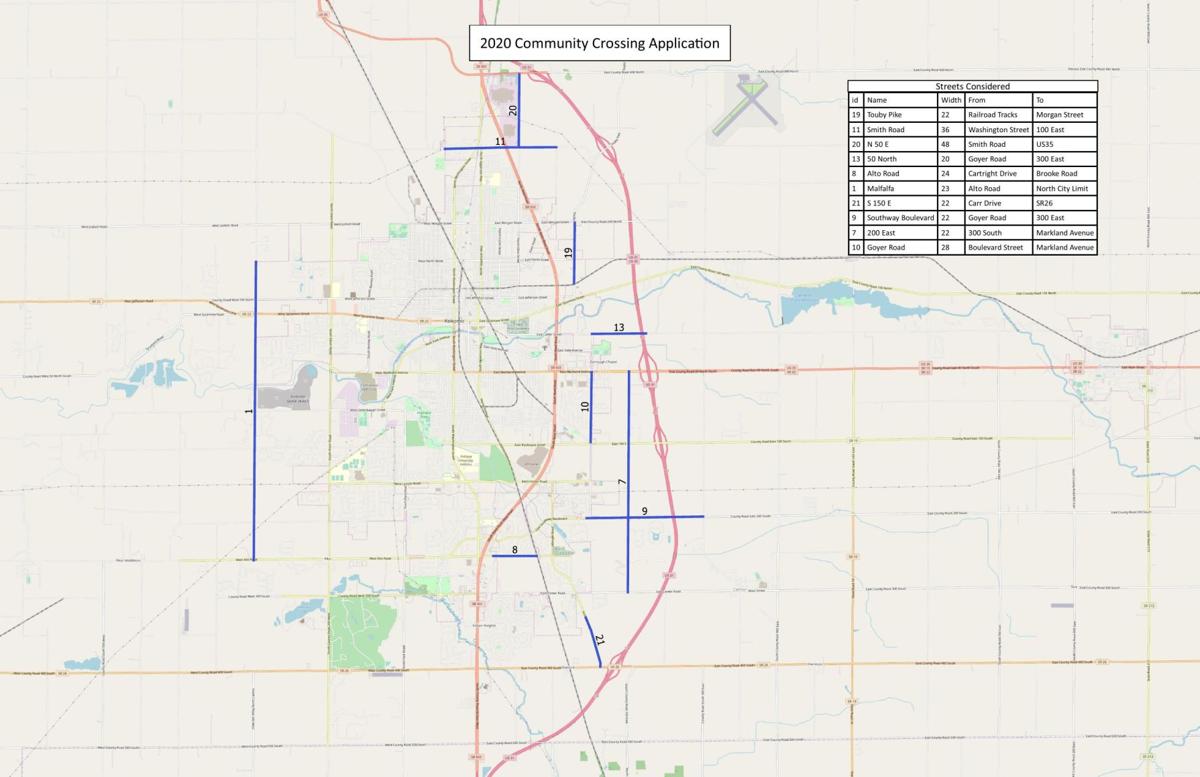 The city’s plan follows one released this spring by Howard County officials after it was announced the county had received $1 million in state funding to help pay for a slew of road projects. The county was also required to match its $1 million.

County officials said the funding would be used for pavement work on 20 county roads that total dozens of miles. One of the biggest projects includes more than 4 miles of work on Judson Road.

Each local government unit is eligible for up to $1 million per calendar year through the state’s Community Crossings Initiative, which provides funding to cities, towns and counties for road and bridge improvements.

Kokomo and Howard County, because of their size, are required to make a 50/50 match, or dollar-for-dollar, for any grant funding awarded by the state. Specifically, cities with a population greater than 10,000, along with counties with more than 50,000 people, are required to match at 50/50.

This fall’s Community Crossings awards include $99.2 million in state matching funds spread across 229 Indiana cities, towns and counties, according to an Indiana Department of Transportation media release.

“High-quality local roads and bridges are an important part of our formula for attracting jobs, growing our economy, and building strong communities,” Gov. Eric Holcomb said in the release.

“Our fully-funded Next Level Roads plan and record-breaking level of construction has gained Indiana national recognition for our approach to infrastructure, and Community Crossings takes that commitment to the local level all across the state.”

INDOT now accepts applications for Community Crossings funds in both January and July; the agency expects an estimated $100 million to be available for communities applying in the January 2020 call for projects.

The city of Tipton received more than $806,000 in Community Crossings grant funding that will pay for a slew of street paving projects. The city is paying a 25% match on the grant, which equals about $201,000 in local money.

Tipton Public Works Manager Michael Terry said the largest project will overlay and resurface 300 South from Indiana 19 to the city limits. The project will cost $137,000 and the city hopes to have it finished by the end of the year, he said.

The remainder of the street paving will be completed next spring. Those streets will include:

Howard, Miami and Tipton counties have all received $1 million in state funding that will help pay for a slew of road projects this year aroun…