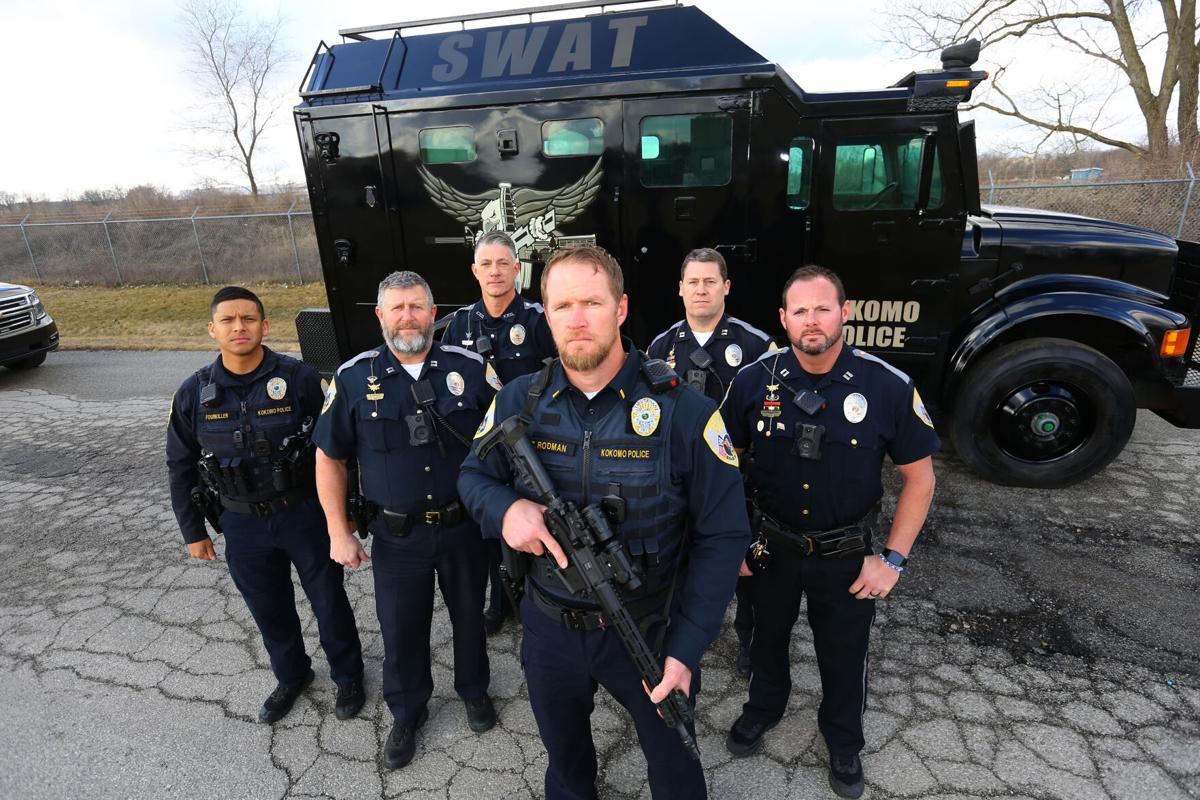 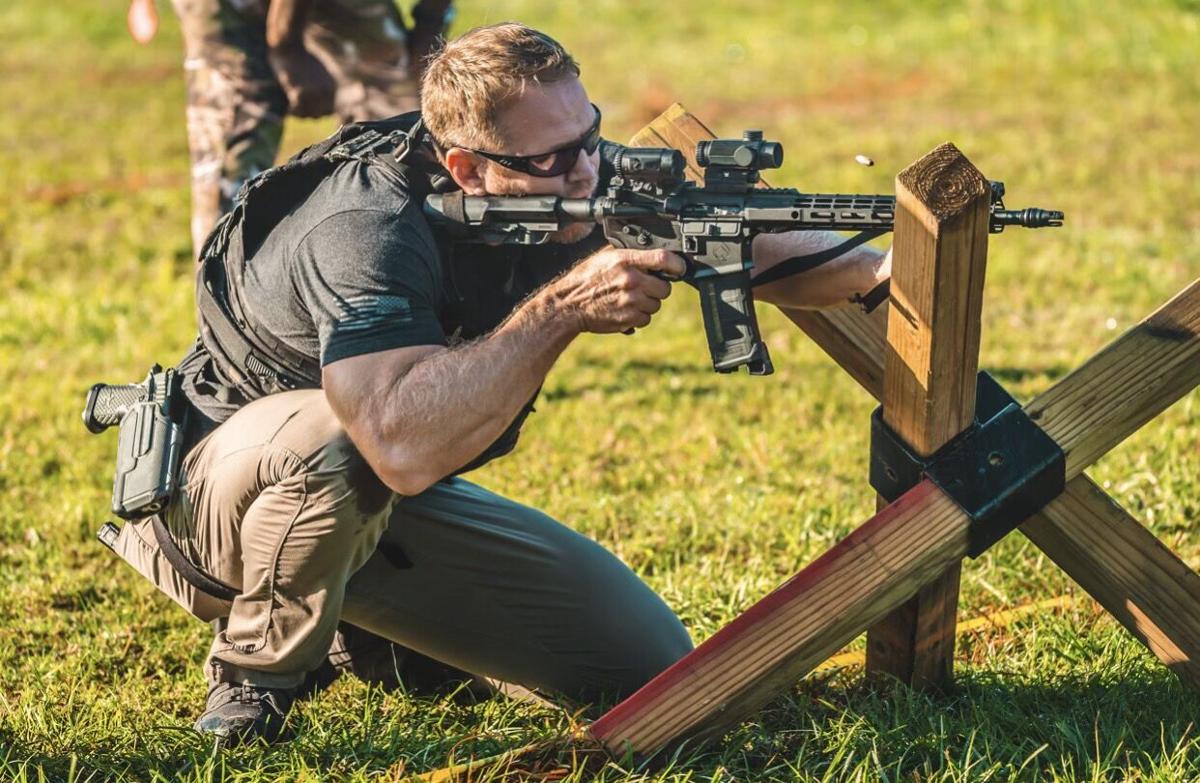 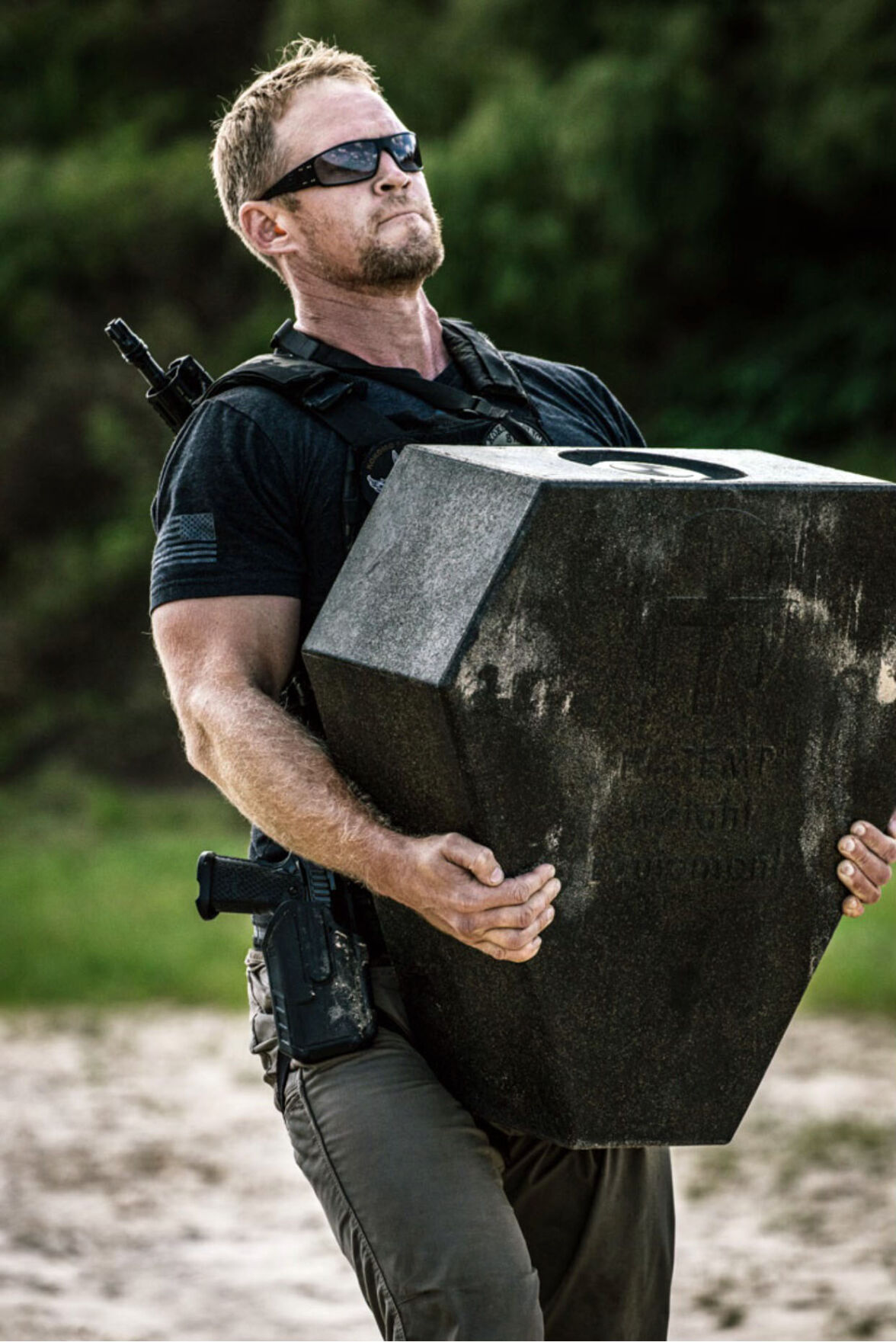 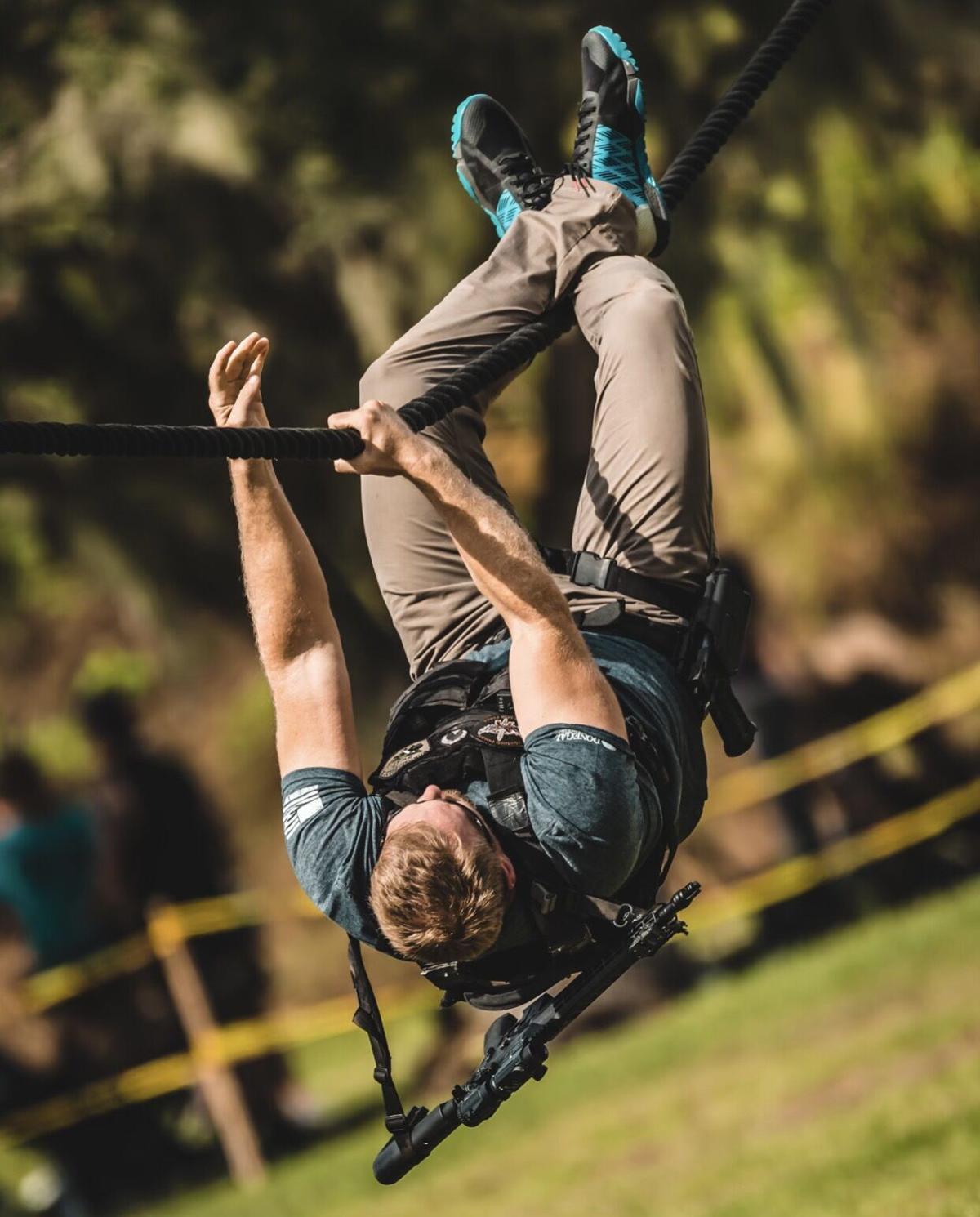 Imagine hauling a 150-pound stone for 60 yards before dumping it off and then being asked to shoot a half sheet of paper 12 times from hundreds of feet away.

They’re called the Tactical Games, and Rodman — a KPD patrolman and member of the department’s SWAT team — has been participating in them since around 2019.

Started by an ex-military Special Forces team leader, the Tactical Games were created “to provide a platform to test the skills and readiness of tactical athletes from all backgrounds,” its website states.

Drawn out over the course of two or three days, the Tactical Games also allow for current and former military personnel, as well as law enforcement officers and even some “sharp-shooting” civilians, to compete against each other across several skill divisions.

And Rodman is pretty good at them too.

Last fall, he finished 11th in the nation in the elite division, and he just finished second in a nationals qualifying event in Immokalee, Florida, earlier this month.

Of course, the games are more than just about personal placement, Rodman admitted.

It’s also about pushing the 38-year-old to the ultimate limits both mentally and physically.

“I always know that when I show up at one of these, at some point in the weekend, I’m going to have a serious conversation with myself about if I’m going to keep moving or not,” he said during an interview with the Tribune last week. “So what it does is it pulls out and kind of makes you address whatever kind of quit you have inside of you.

“They put you there and keep you there as long as they can, and you have to figure out how to make things work,” he added. “You have to figure out how to finish when you get there. … To give you an idea of what the events are like physically, if you were to go to any CrossFit gym, and they have a workout of the day, that hard workout where everybody’s laying on the ground, they’ll do three of those a day there [at the games].”

Rodman said he also likes the ability to mingle with and learn from men and women from all across the country, some of whom have since become his friends.

“Just standing at the line, you have conversations with people you compete with, and a lot of these people are really good shooters or have had some really good law enforcement or military background,” he said. “And some of these guys even run training companies or are instructors. And during conversation, you soak up some of all this knowledge that honestly has helped propel me to be more successful. Just by competing, I feel like I’m twice the athlete that I was before those conversations.”

But his fellow competitors also supply Rodman with advice that he can then take back and apply at KPD too, he added.

“By default, it always comes back to our firearms program or our SWAT team,” Rodman noted. “You hear trends from the West Coast of what’s been going on with law enforcement out there or the East Coast and how you do it differently. And you bring it back. Some things may change, and some things, you may be doing the same as them. It’s just a really good environment to be in.”

And for Rodman, those new ideas are beneficial for two reasons.

It helps the department while ultimately helping strengthen the safety of the community.

“We’ve made some changes here with a couple things we do with our SWAT team, and I think it helps,” he said. “I’m a firearms trainer too for us, so I can implement some things that I learned from there. … But things like this have changed some of the ways that we train physically, and ultimately I feel like it puts out a better product for our community. When an officer shows up to your front door, you may be getting a guy that’s trained super hard, and he’s super calm because he knows he’s prepared.

“Ultimately, that’s what we should be striving for,” Rodman continued. “I’m just one piece of the machine that is the Kokomo Police Department. There are many qualified and awesome cops on this department that are better than I am. I’m just the guy that hopped in the ring on this one.”