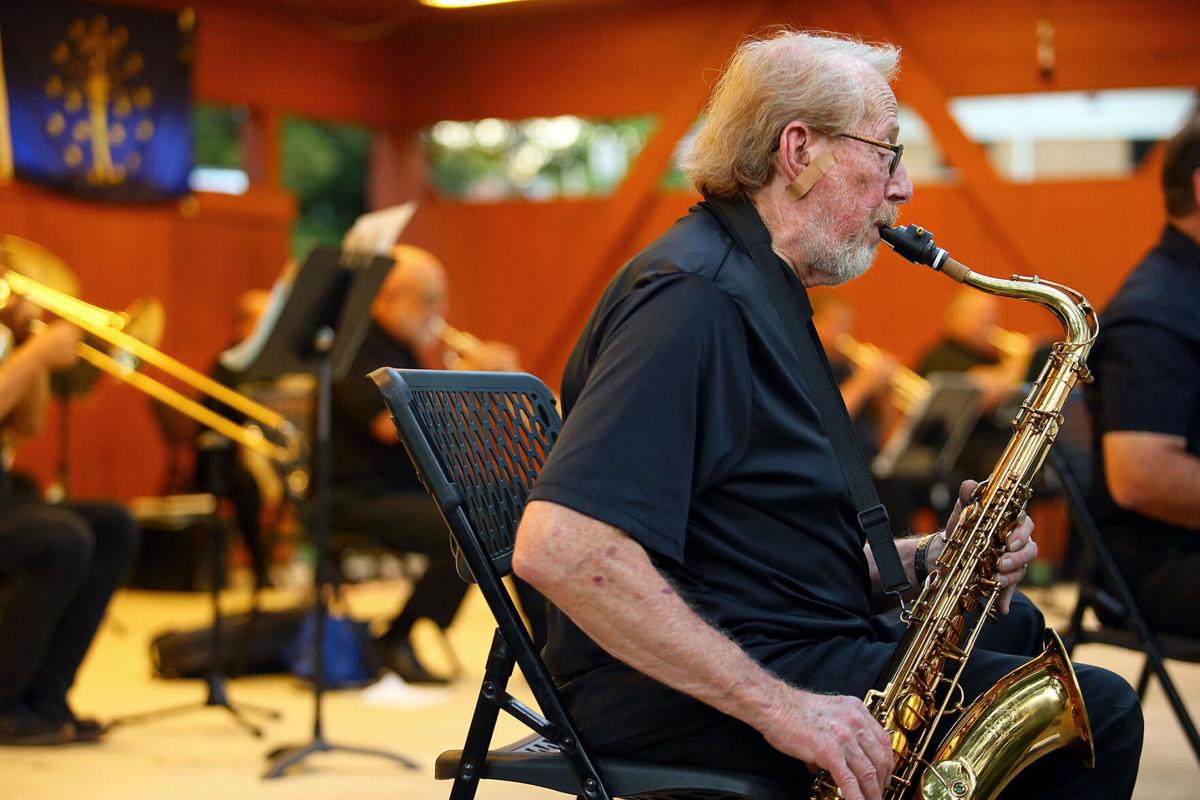 Larry Kirkman plays the saxophone during an August concert in Highland Park. Kirkman, who died Tuesday, was part of the Kokomo Park Band for 65 years. 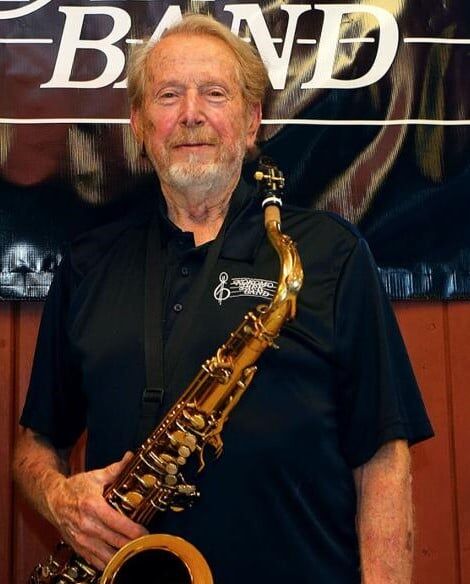 Larry Kirkman mentored and taught music to thousands of students. He played in the Kokomo Park Band for 66 years, where he was the longest serving member in the group’s 115-year history.

And he was one phenomenal trumpet and saxophone player, said Keith Whitford, a lifelong friend who is today the manager of the park band.

“Larry excelled in everything he did,” Whitford said.

Kirkman passed away Tuesday morning inside his Kokomo home, leaving behind an unmatched musical legacy in the city that spans decades. He was 81.

Kirkman joined the Kokomo Park Band in 1955 when he was a sophomore at Kokomo High School, where he also founded a jazz band called the Six Sharps with some friends.

As a child, Kirkman took lessons from the legendary Ross Dwiggins, who directed the park band from 1935 to 1967 and was a much-loved music teacher for thousands of students over the years.

In fact, it was Dwiggins who got Kirkman into the park band.

Kirkman was playing saxophone in 1955, but Dwiggins needed someone to play the bass drum in the Bluffton Street Fair Band, which is made up of members of the Kokomo Park Band.

Kirkman ended up serving as the band’s manger for 30 years, and was instrumental in establishing it as one of the premier community bands in the state, drawing topnotch musicians from places like Indianapolis and Muncie.

But his performance credentials didn’t end there. After high school, Kirkman started a 15-piece swing orchestra that traveled the U.S. putting on shows. He sometimes landed gigs playing in the Glenn Miller Band.

During that time, Kirkman worked at the Postal Service delivering mail to make ends meet for his family. But music was always on his mind, Whitford said.

“He would run his mail route so he could get done a couple hours early to go home and practice and write charts for his dance band,” Whitford said.

Kirkman ended up helping found the first jazz band at Ball State University, where he attended in his late 20s to major in trumpet performance. In Kokomo, he was a longtime performer with Kokomo Civic Theater and Kokomo Symphony.

Kirkman was also a sought after instrument repairmen. For years, he ran his own repair studio fixing woodwind and brass instruments. He eventually set up shop at the Sound of Music store in the city’s downtown.

But his biggest legacy was the thousands of students he taught who went on to become professional musicians, composers, arrangers and music professors, Whitford said.

“He was heavily involved in all aspects of music in Kokomo, but most importantly, he inspired hundreds and hundreds of students,” he said.

Whitford said his friend had an uncanny knack for sensing talent in those he taught, and then challenging them to discover and embrace it.

“Larry was really good at pushing students well beyond what they thought their capabilities were,” he said. “He could sense that in students, even before the student realized they had that talent.”

Whitford said the community is now mourning Kirkman’s death, but his memory will live on long into the future through his countless contributions to expanding and promoting music in Kokomo.

“Larry has made quite the contribution to the arts in Howard County and beyond,” he said. “We all gained a lot from Larry. He inspired me when I was just in high school, and Kokomo is a better place because of him.”