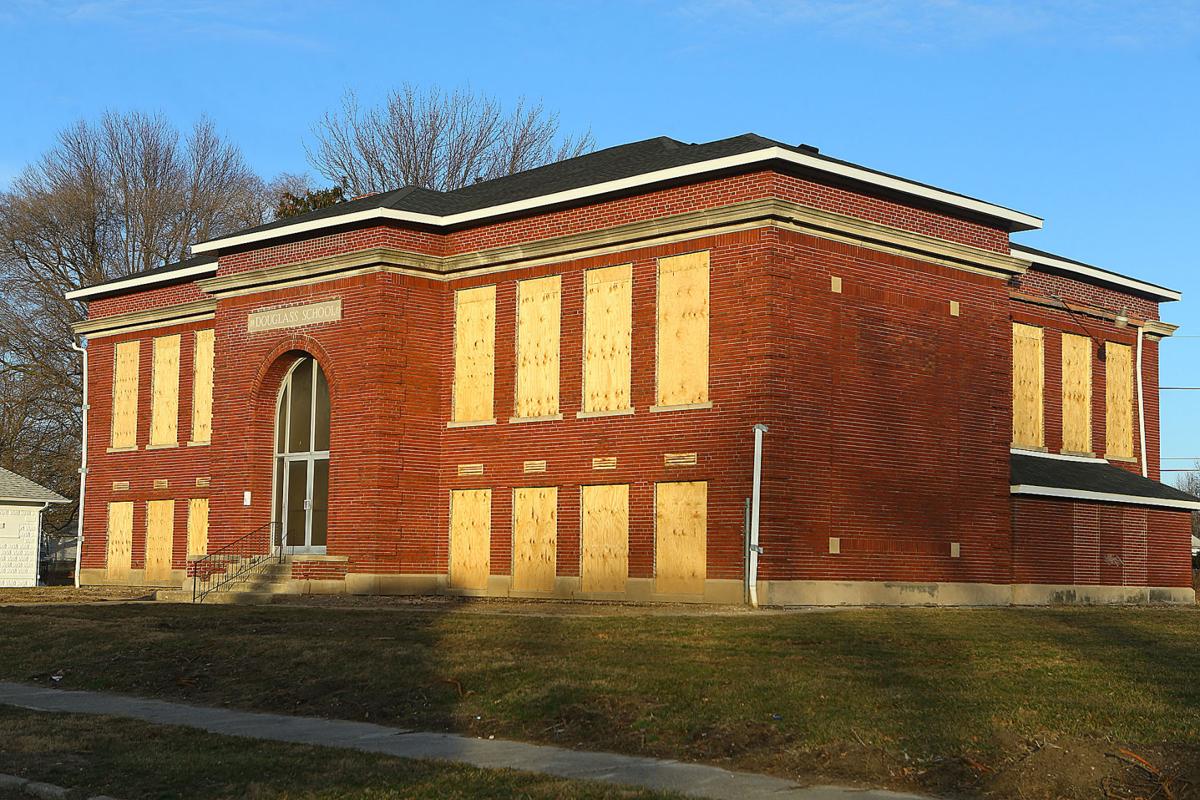 Douglass School is at 1104 N. Bell St. It had some restoration work done before the city sold the 100-year-old building. 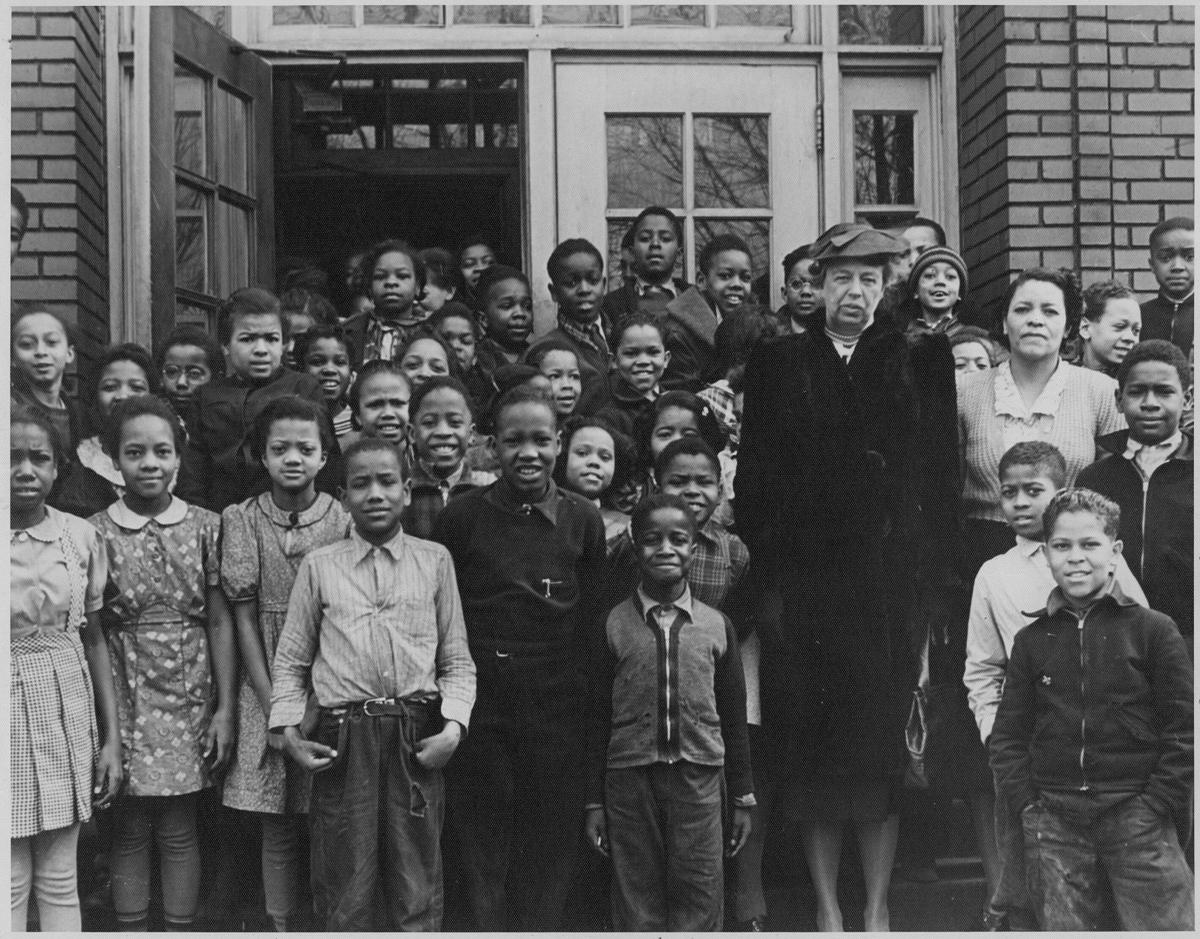 Then-First Lady Eleanor Roosevelt is pictured standing alongside a group of students outside Douglass School on Kokomo’s near east side on March 14, 1940. 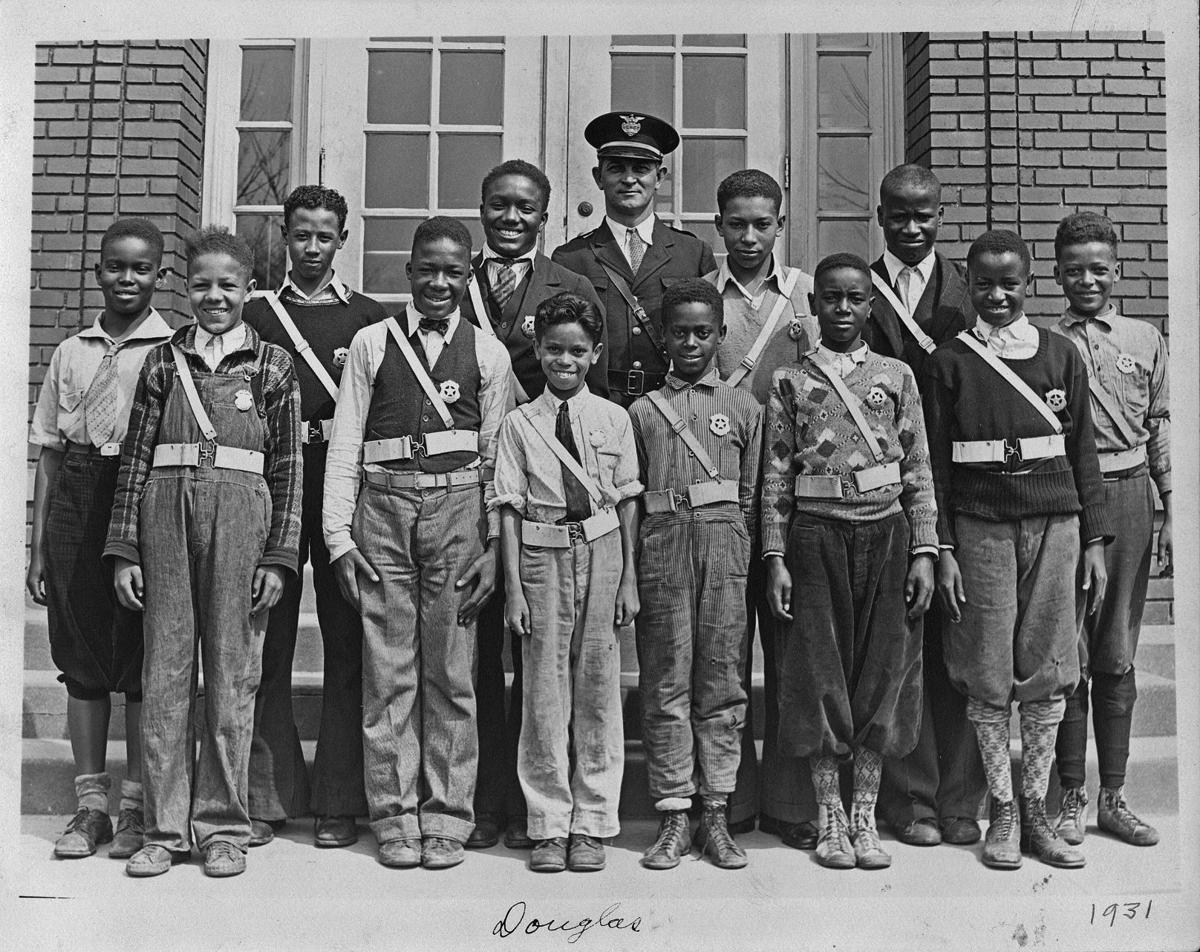 Twelve school-safety patrol students are pictured in front of Douglass School in 1931 with Sgt. Roscoe Roe, the school’s safety director.

Douglass School is at 1104 N. Bell St. It had some restoration work done before the city sold the 100-year-old building.

Then-First Lady Eleanor Roosevelt is pictured standing alongside a group of students outside Douglass School on Kokomo’s near east side on March 14, 1940.

Twelve school-safety patrol students are pictured in front of Douglass School in 1931 with Sgt. Roscoe Roe, the school’s safety director.

The nonprofit Embracing Hope of Howard County is set to be a community development organization.

Opened in 1920 as a racially-segregated school, Kokomo’s Douglass School was the focus of a restoration project by the city but was sold in December.

Originally from Virginia, Secondary Missionary Baptist Church Pastor Rev. William Smith Jr., who is president of Embracing Hope, was introduced to the school in 2015 while on a tour of the city when he was interviewing at the church.

Smith engaged in meetings with the city and was able to purchase the school. He stressed the property will not be turned into apartments or commercial space but rather something for the community.

“I’m excited about that and now … with us purchasing it we look at it as an opportunity to preserve the jewel that’s in our community,” he said.

A big thing that sticks out to Smith is the history as far as the African-American community is concerned and history in general, which includes a visit from former First Lady Eleanor Roosevelt in March of 1940.

Rev. Henry Perry, the school’s principal from 1927-1949, is credited with leveraging the publicity generated from Roosevelt’s visit to start pushing for the creation of the nearby Carver Community Center. That center created recreational opportunities for black children in Kokomo facing the day-to-day ramifications of rampant racism, like being denied entry to public pools and gyms, and still stands as a centerpiece of the near east side.

In the mid-1950s, the school merged with the all-white Willard School, before closing in 1968 following a lawsuit by the Kokomo NAACP about school placement in the city and a decision by a United States district judge, according to information provided by Dr. Allen Safianow, a longtime Indiana University Kokomo professor.

The structure – which served as an employment center and nursing school in the late 1960s and 1970s and later fell vacant before being taken over by what became Everlasting Dominion Fellowship – has been “unoccupied for a few years,” according to the city.

“I always say I want to celebrate history, knowledge and success,” Smith said. “A school is just very important because a school is where you develop.”

“It’s important because you shape individuals, and to see all of these individuals who are all over the country have done some amazing things – coaches, leaders, pastors – it’s just amazing.”

Smith has ideas of what to do with the property but is very concerned with what the community wants as well. He is currently working with a consultant to gauge community feelings. The first thing Smith wants to do, however, is make sure the building is preserved.

Meanwhile, there is one activity already in the works. Smith is working on a reunion for Douglass School to hopefully occur Aug. 7-8. He hopes to invite alumni and family of alumni to a community picnic where they will be able to talk about the future of the school and hear about what the consultant has discovered.

Carver Community Center Executive Director Danta Rogers is excited for the recent ownership change and what it means for the school.

“Pastor Smith has a vision where we will keep this landmark in our community as a beacon down here next to Carver Community Center ... it was the first black school and a lot of our parents and our community people [who] are still living, that was where they went to school,” he said. “It would be a shame to let that go to apartments or ... be torn down when there’s such great history there.

“It’s nice to see that we’re doing something on the north end of town to do some upgrades on some of the older, historical sites.”

In an email, Kokomo Mayor Tyler Moore said the remaining contract work for the school’s window replacement was assigned to the Kokomo Community Development Corporation and will be carried out “over the next couple of months.”

In September, the public works board approved a $72,424 contract for construction work which included roof replacement and stabilization of the structure to prevent further damage. That work has been completed. Moore expects the rest of the work to be done around the end of February.

Moore said the only slight delay in work occurred while securing historically accurate windows to “further preserve the aesthetics and physical stability of the building.”

Smith’s main hope is for the school to be able to benefit the community in any way it can. He said he’d love to possibly partner with the school system to have the students come visit and tangibly explore history during that time period.

“If you don’t know where you come from, you’ll never know where you need to go as a community,” he said. “So, it’s just important for us to preserve our history to have a sense of that.”